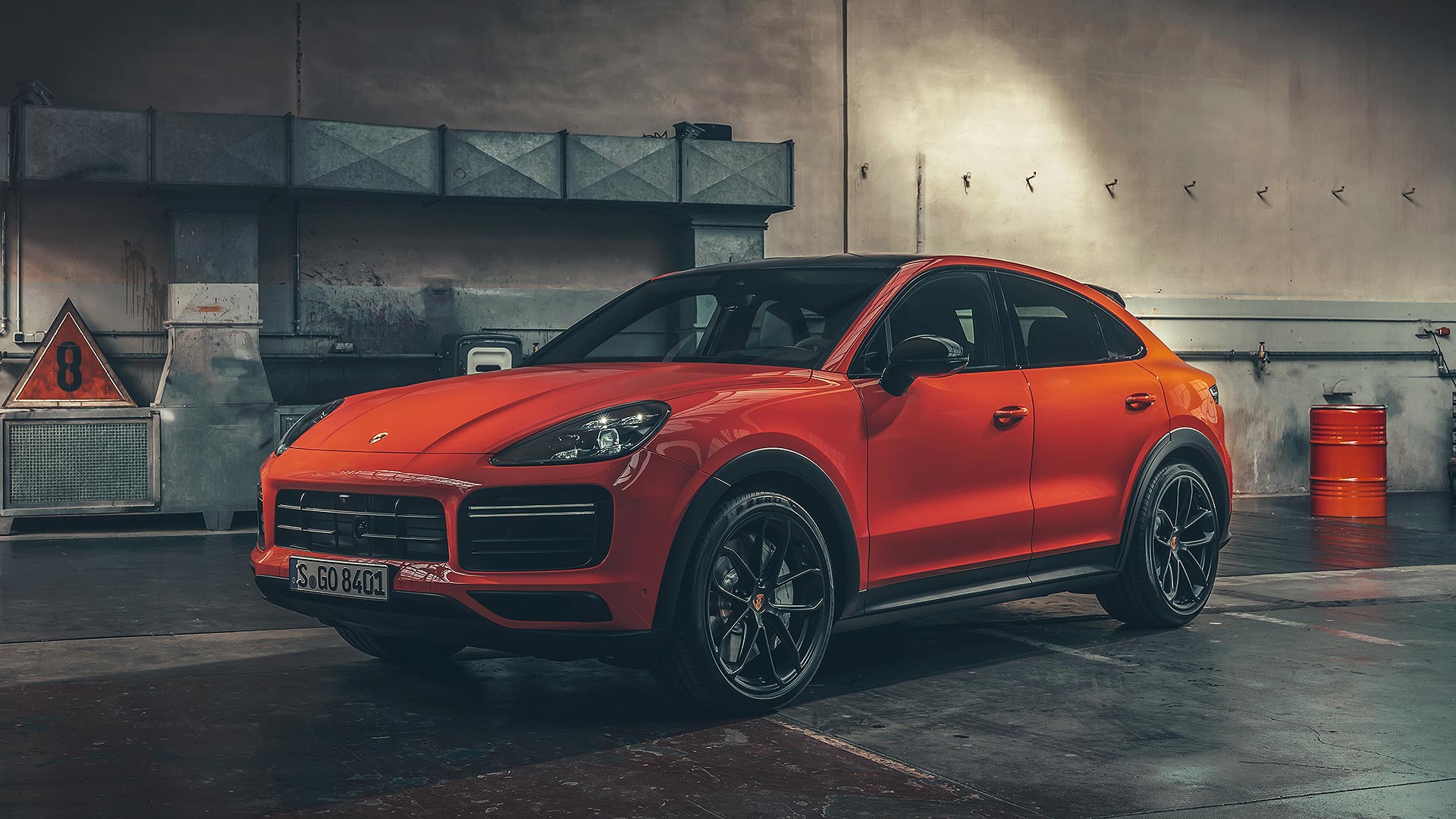 The Porsche Cayenne Coupe is another addition to the burgeoning coupe-SUV sector. It aims to be more focused than a Mercedes-AMG GLE Coupe and less visually offensive than a BMW X6. It is on sale in the UK now, with prices starting from £62,129.

Derived from the third-generation Cayenne five-door, the Cayenne Coupe keeps the same rear doors but grafts on an entirely new rear section. It is more curvaceous and, with the roofline falling away towards the rear, “more dynamic,” said Porsche styling VP Michael Mauer. 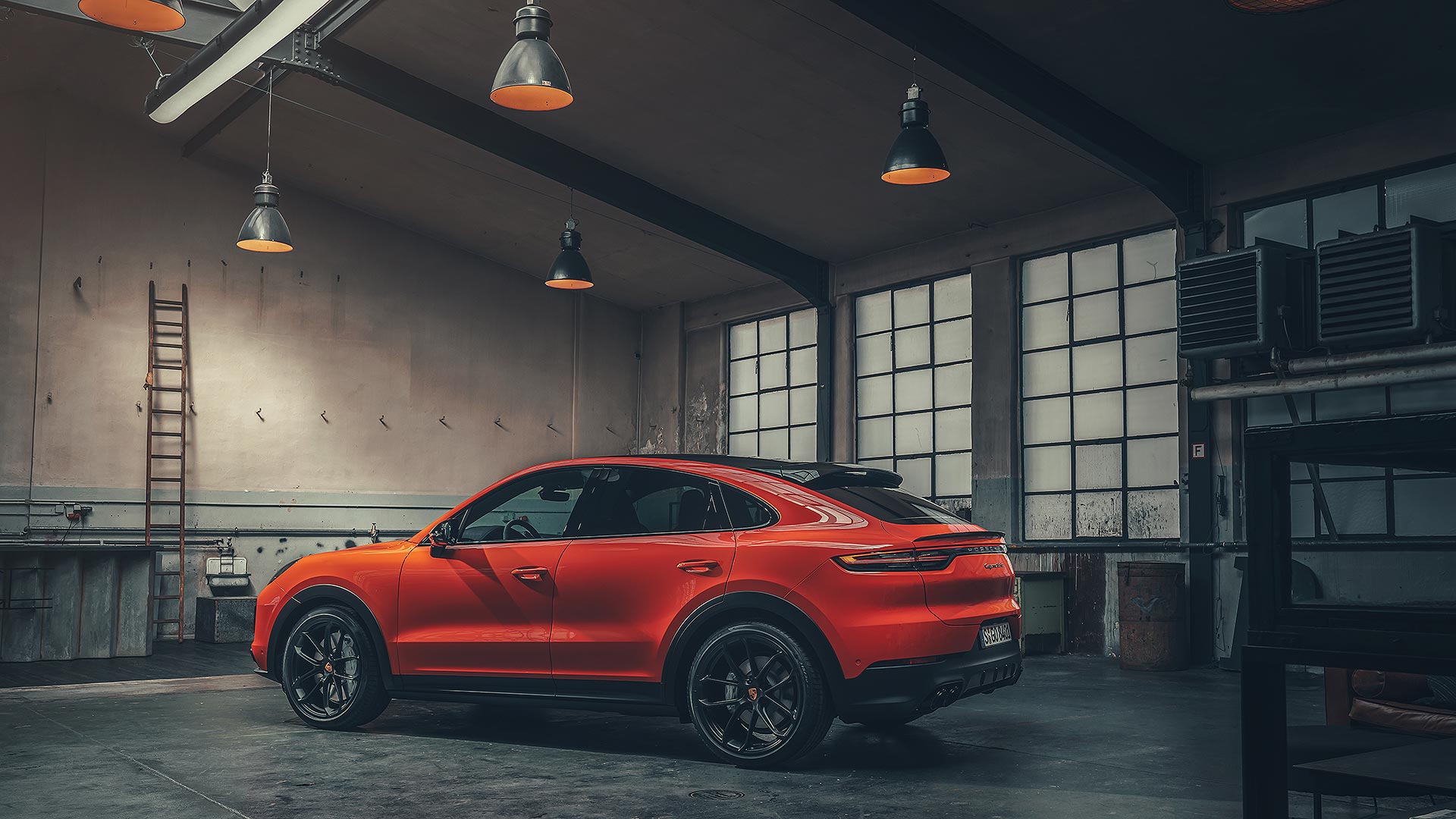 The looks “position it as the most sporting-looking model in the market segment,” he explained.

Overall, it is 20mm lower, and both the windscreen and A-pillar are shallower than a normal Cayenne five-door. This is a comprehensive, no-expense-spared restyling job. 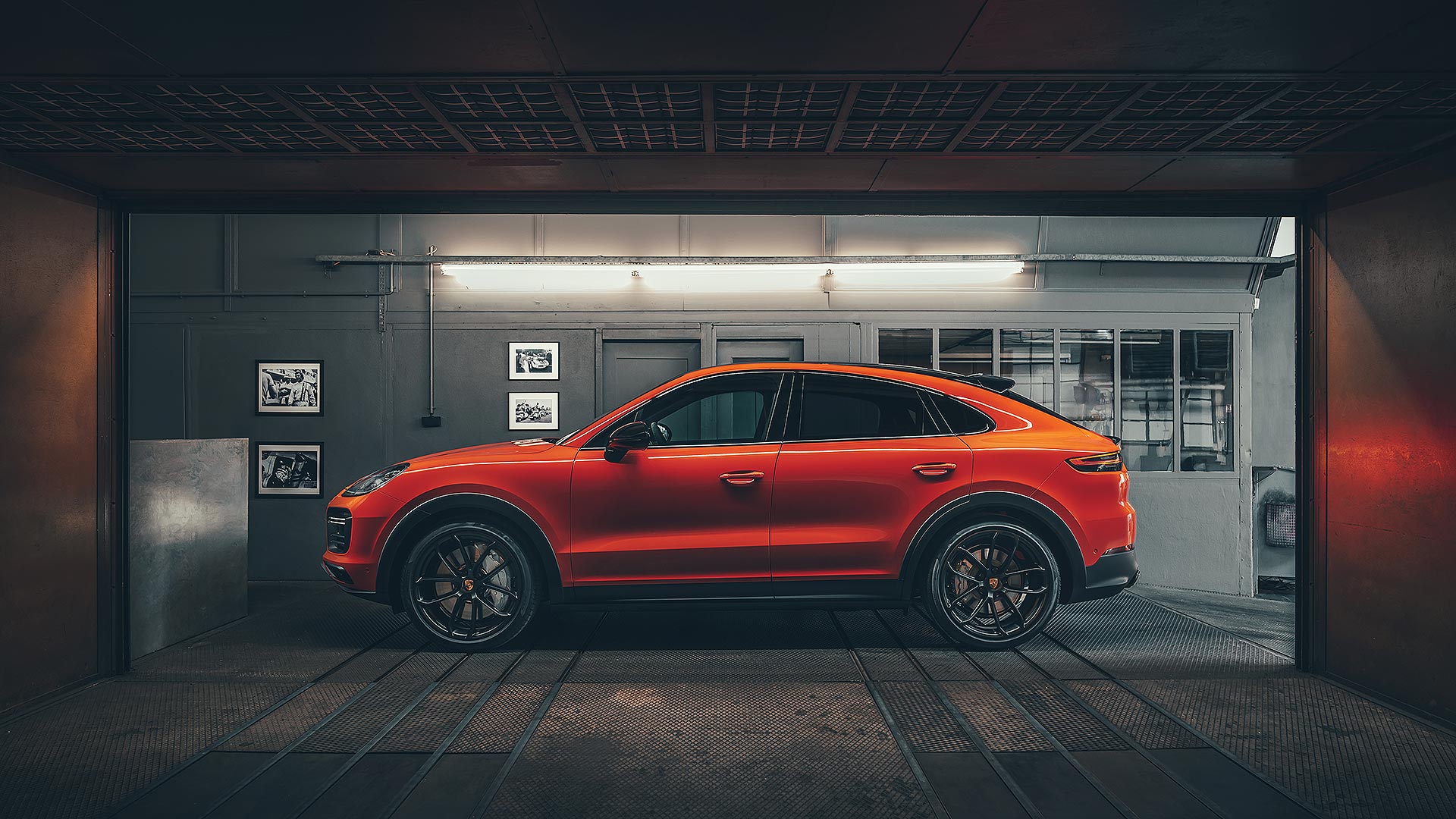 Rear doors are redesigned to blend in with both the roofline and rear wheelarches. The latter have swollen by 18mm, giving the car a much more muscular stance.

There’s a visual trick here, too: the rear number plate has been moved down into the rear bumper, making it seem lower to the ground. 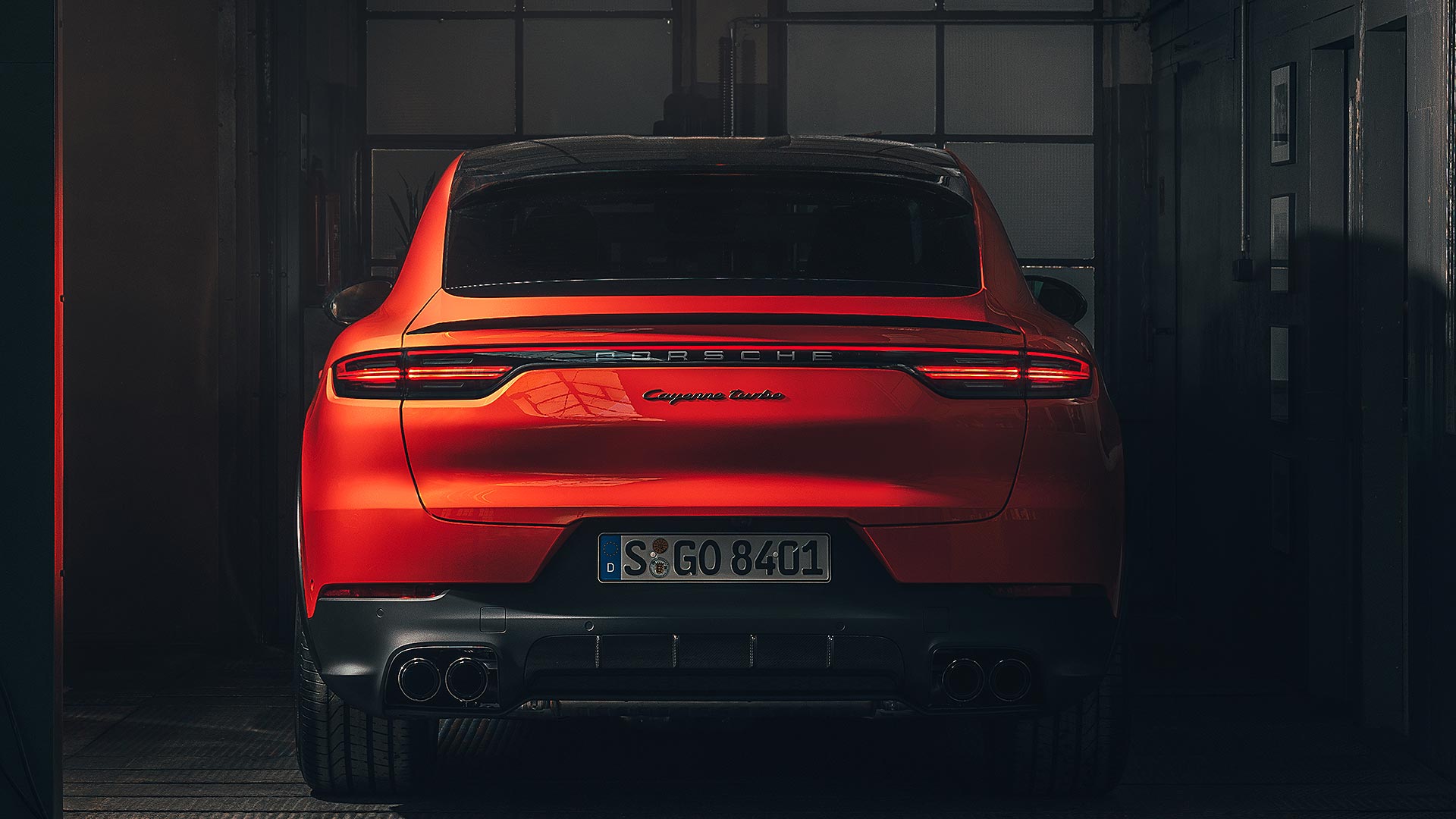 The Cayenne Coupe also has not one, but two rear spoilers. A fixed roof spoiler sits above a new adaptive spoiler positioned on the leading edge of the bootlid.

It equips the car with active aerodynamics – or, in Porsche parlance, Porsche Active Aerodynamics: PAA. 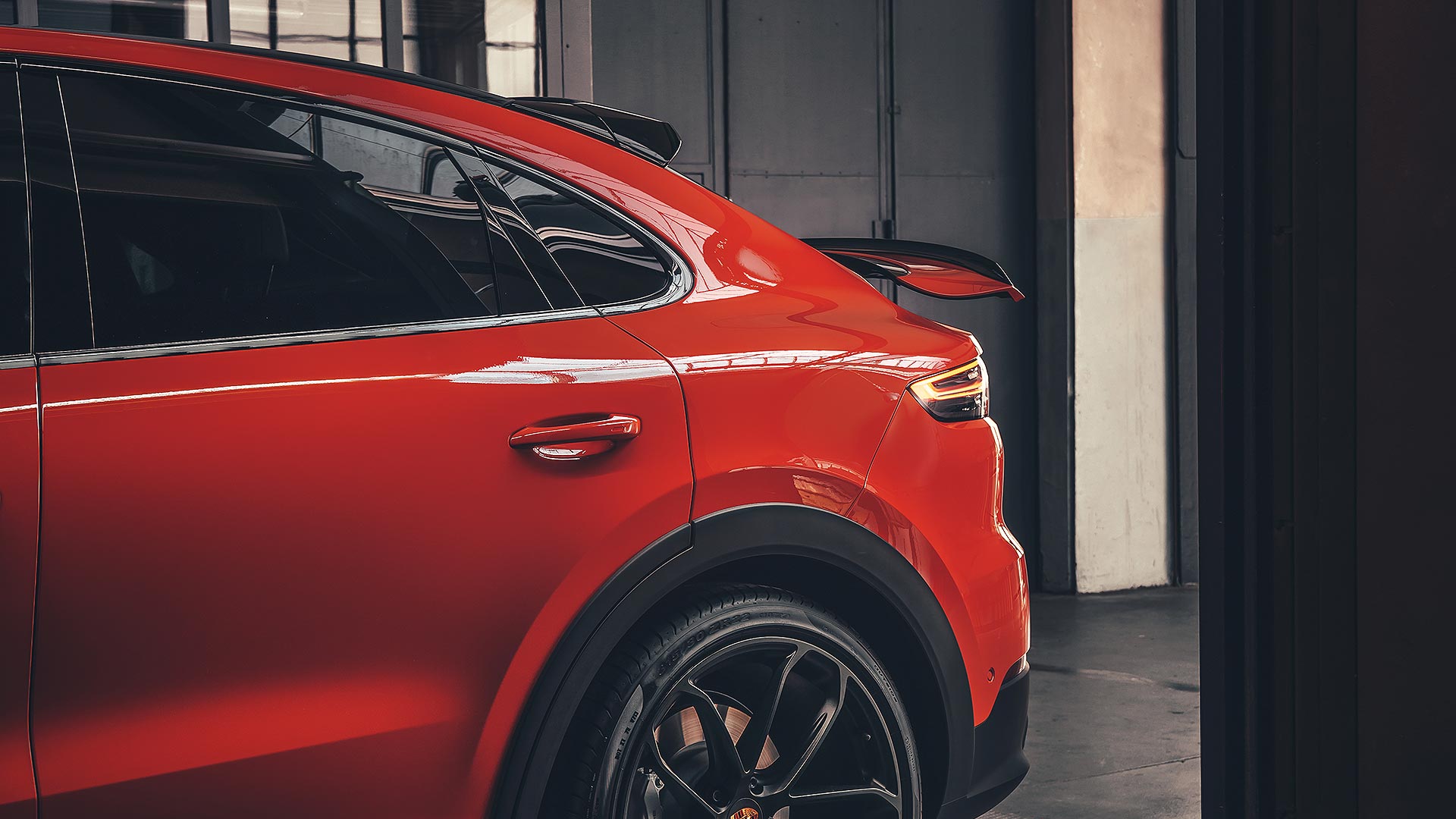 As on 911 coupes, the spoiler extends at speed, stretching out an ample 135mm at speeds of 56mph and above, reducing rear-end lift without affecting fuel consumption at slower speeds. We assume there’s an override button for inner city posing.

There are two choices of roof as well: a 2.16 square metre panoramic fixed glass roof or optional contoured carbon fibre as pictured here. Yes, you have seen it before: it’s like the one on the 911 GT3 RS. 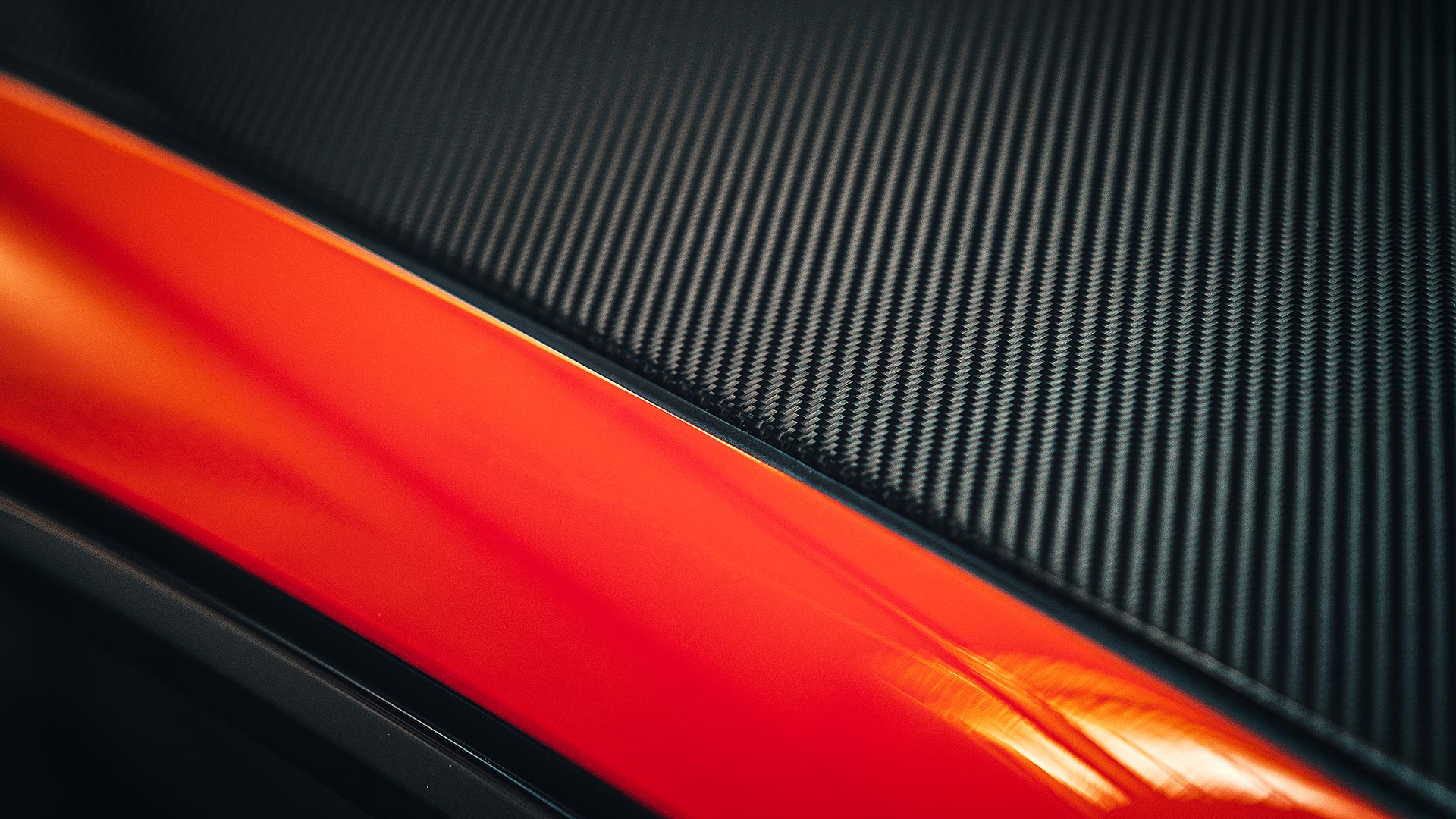 The carbon roof comes as part of a series of three ‘lightweight sports packages’. 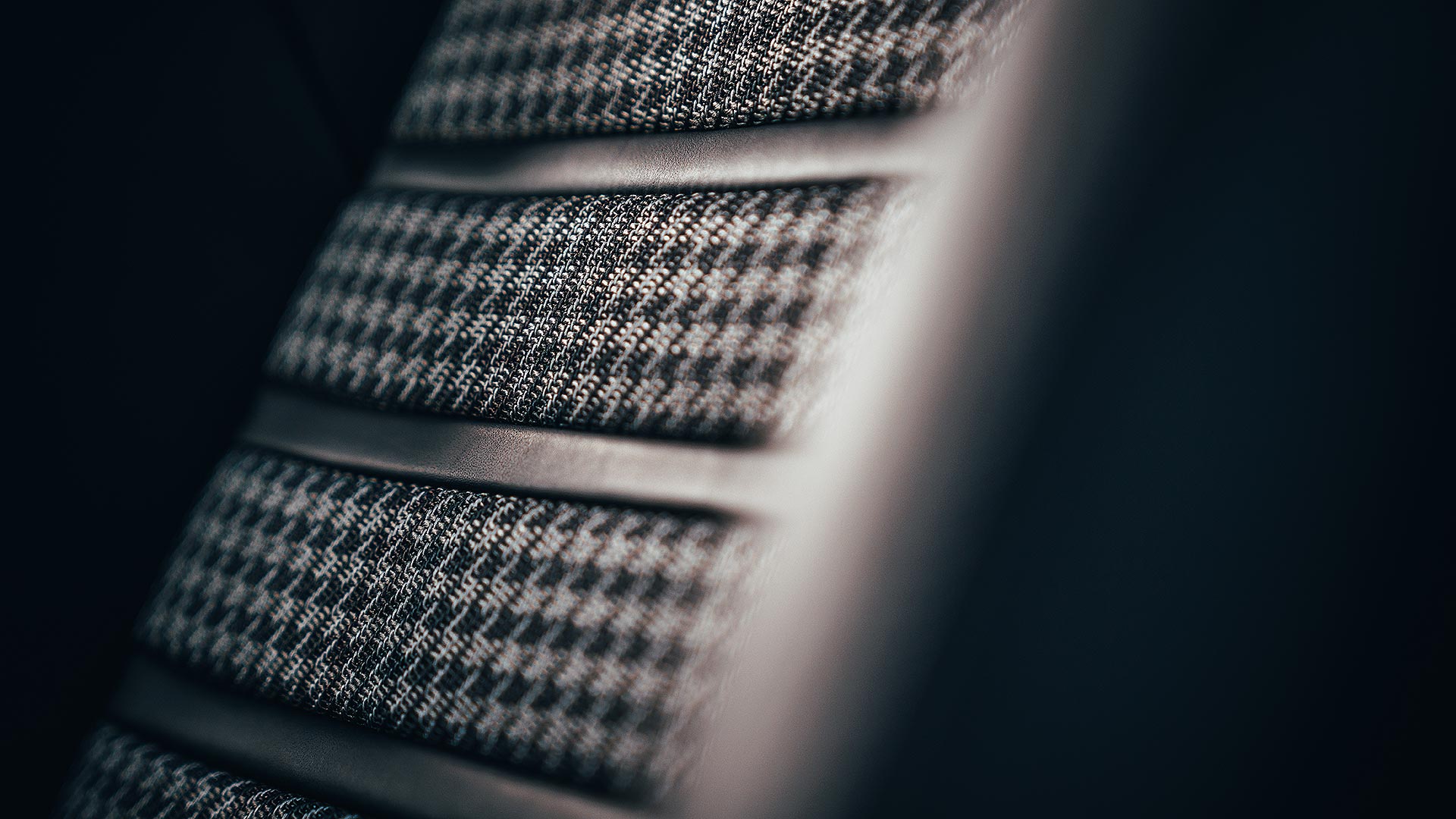 Porsche says the Cayenne Coupe is a four-seater, with chunky sports seats in the front and bucket-style seats in the rear.

Passengers sit 30mm lower in the back, so there’s still ample headroom despite the plunging roof. 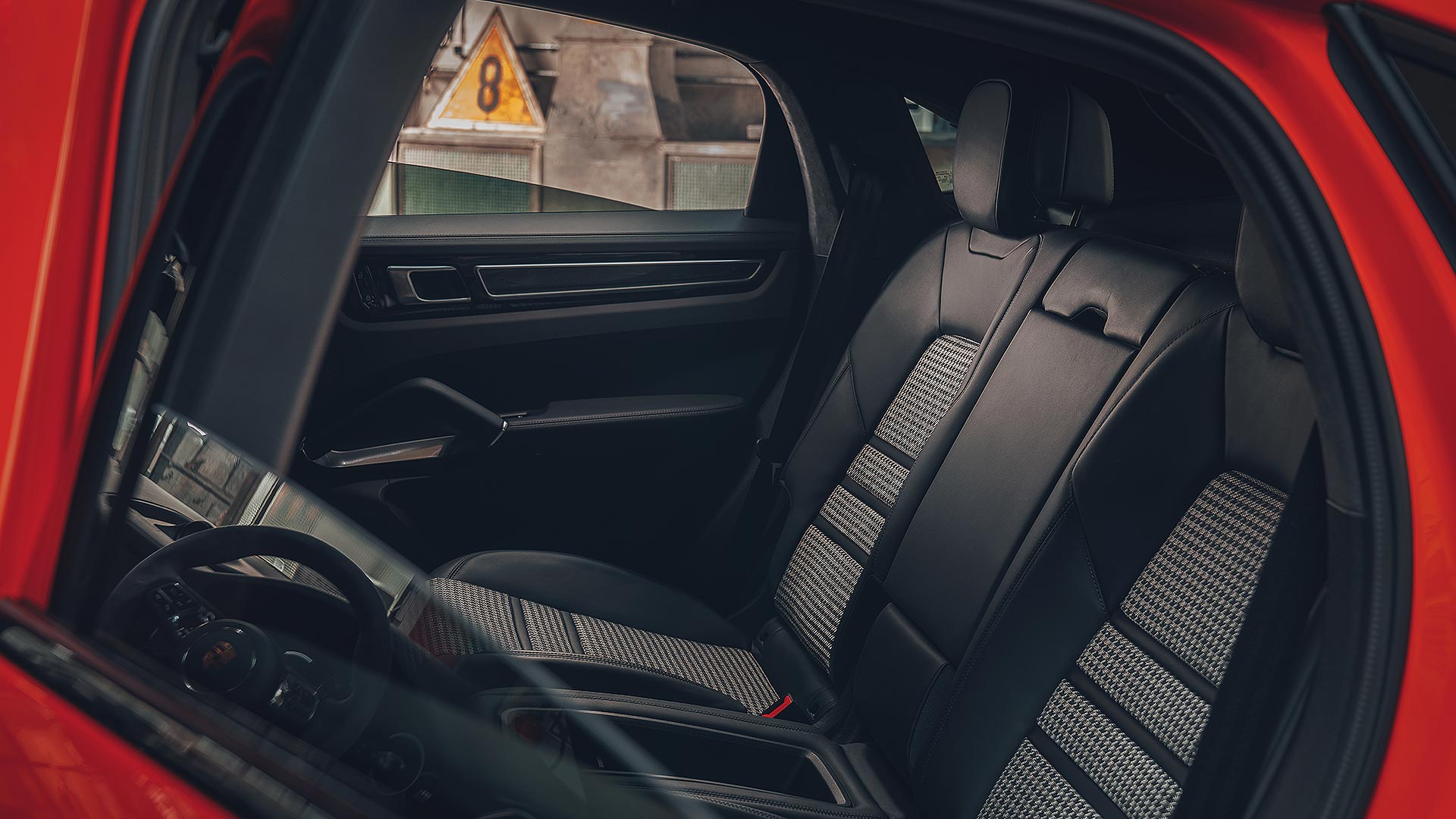 Behind is a 625-litre boot, which expands to 1,540 litres with the rear seats folded. 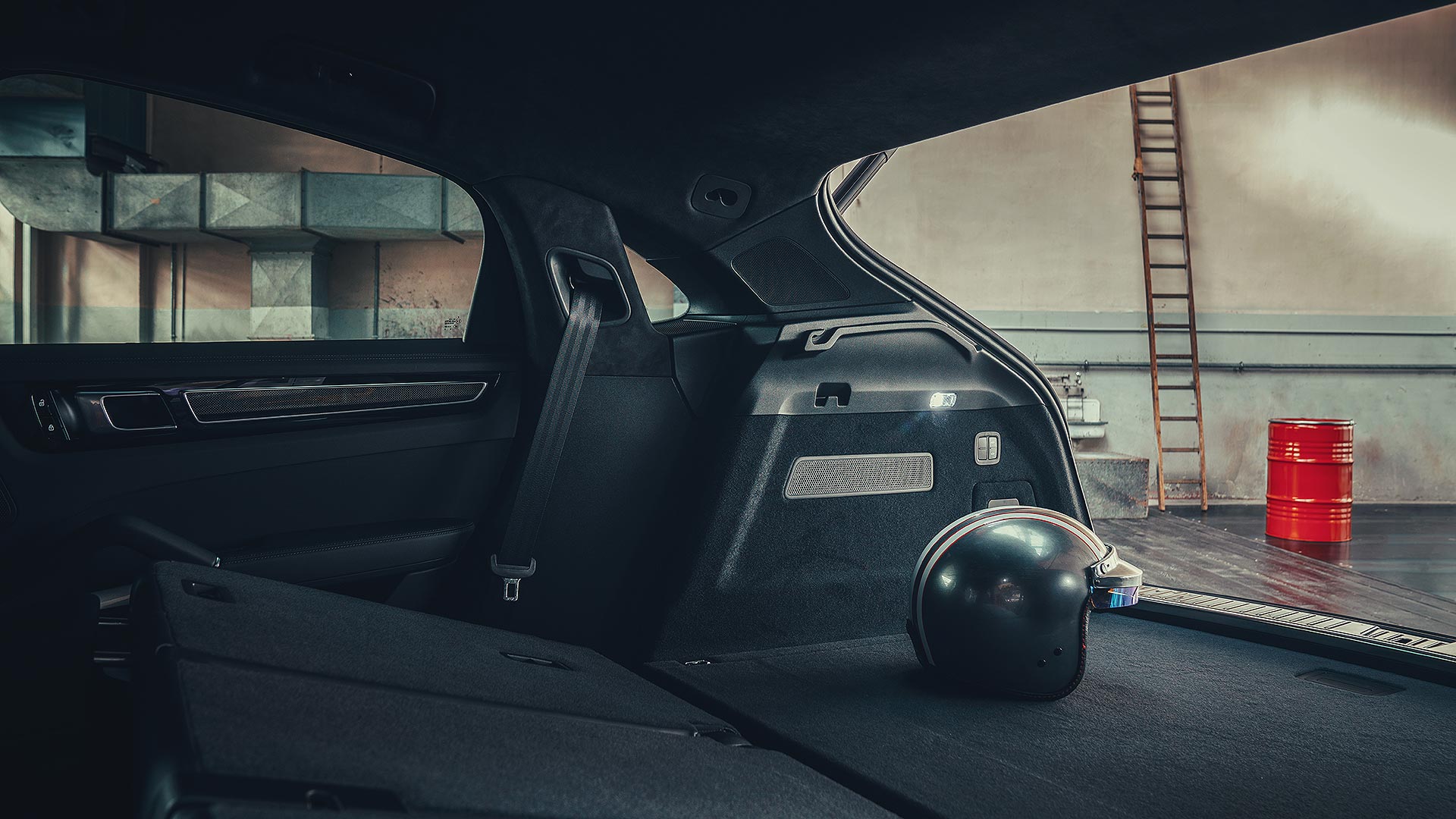 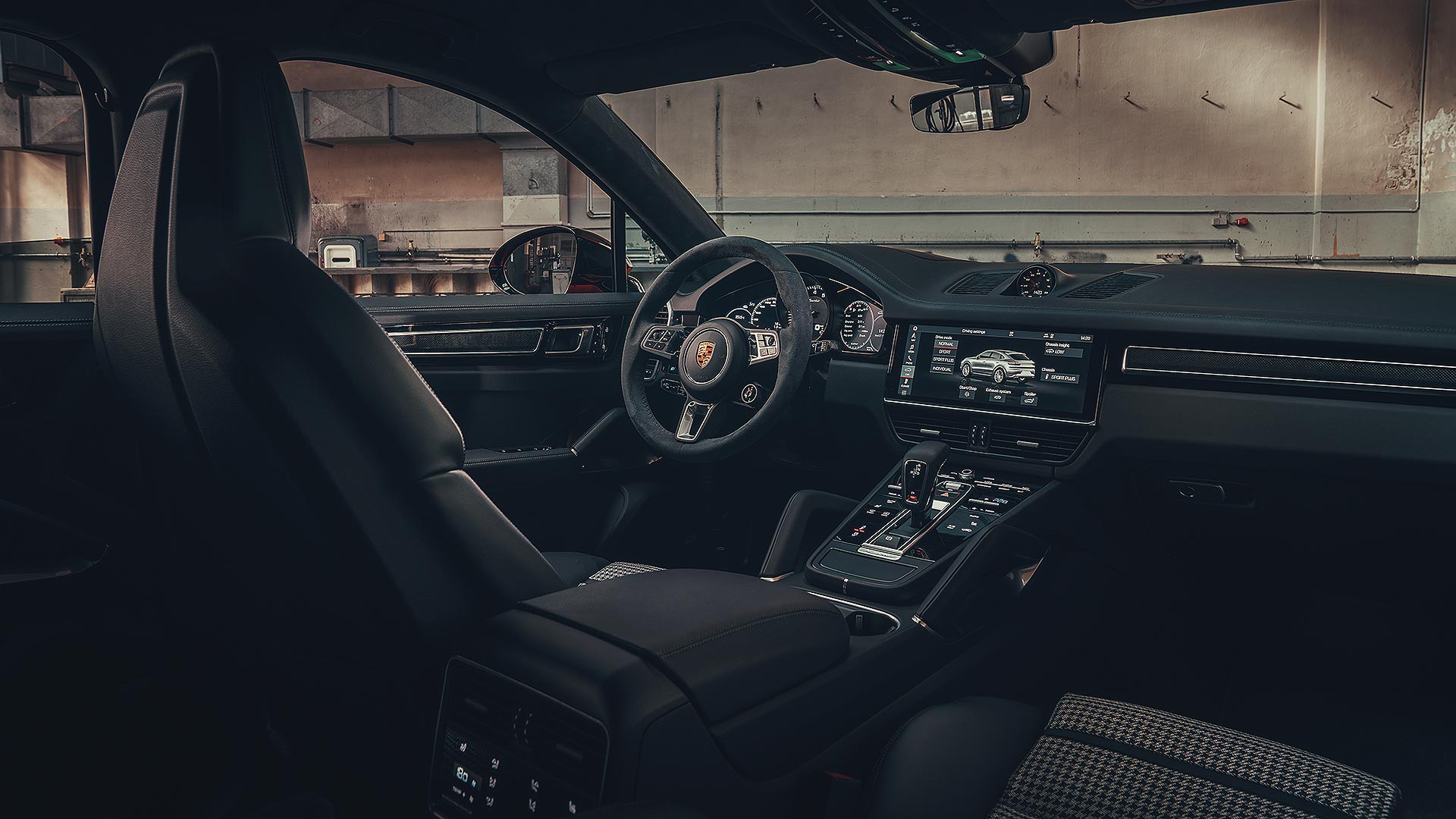 Porsche is taking orders for the new Cayenne Coupe now, with first deliveries expected at the end of May. The V6 is priced at £62,129, with the Cayenne Turbo Coupe marking quite a jump to £104,729.

Naturally, both are well equipped: 20-inch alloys, front and rear Park Assist, reversing camera, Porsche Active Suspension Management (PASM) and the Sport Chrono Package are all standard. And you can, of course, spend much, much more once you hit the options list…