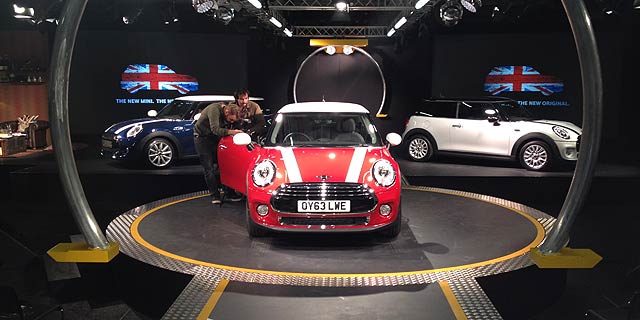 MINI chose the 107th birthday of Sir Alec Issigonis to reveal the third-generation BMW MINI to the world.

I’m sure Sir Alec never had a bash this world-watched. 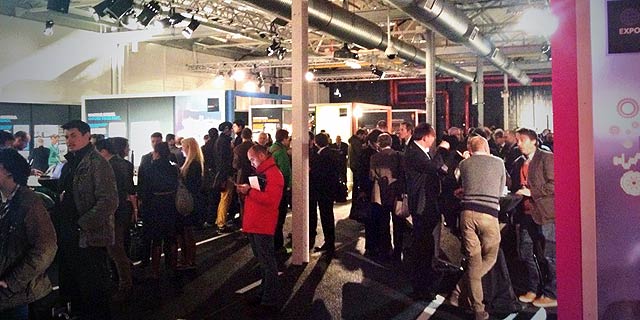 I thought it would just be UK media in attendance. Boy, was I wrong. The huge gaggle of outside broadcast units suggested as much before I even stepped inside: when I did, the sheer number of people wowed me. This was a big deal, alright – 250 guests would be in attendance, was the word… a mere fraction of them from the UK. 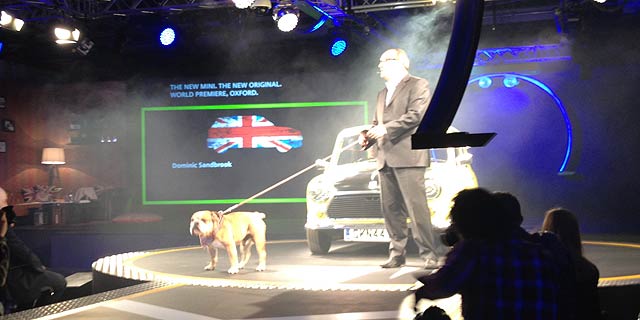 Dominic Sandbrook and a Bulldog called Spike kicked things off. This was a bit odd, although the dog was very well behaved. So too, surprisingly, were the old Minis used to flow the launch event along: first the Mr. Bean Mini we saw so much of at Frankfurt, then an X-reg model, both of which started first time and hadn’t leaked oil once departed. Astounding. 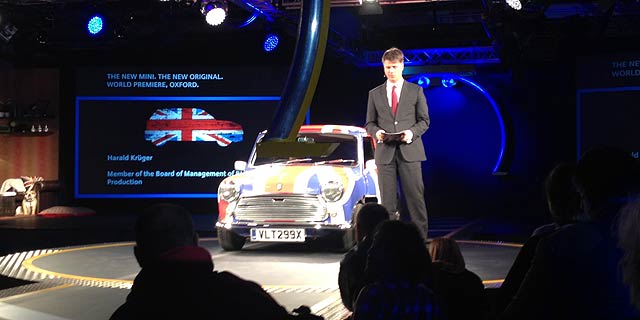 TWO BMW Group board members were there to drive home how important the new MINI is – not only that, Transport Minister Patrick McLoughlin also stood up and spoke. Well, BMW has committed £750 million to the UK between 2012 and 2015. It’s the least he could do.

Then to the main event. All strictly embargoed, mind – no tweeting until 1500h (we saw the car from 1230h) – so plenty of time to get stuck in. Which, once the photos of Board members were taken, we did. You’ve never seen three MINIS (red, silver and blue – almost, MINI…) surrounded so fast. 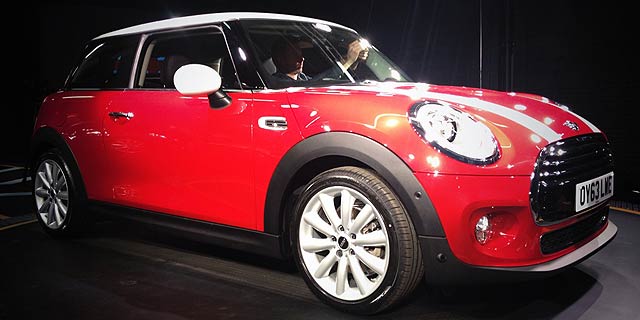 So, what did I think? Well, BMW Group design director Anders Warming’s intention to make the MINI instantly identifiable from the merest quick-glance has paid off. It’s a MINI. All the cues are there, the silhouette is there, no surprises and no revelations meant no immediate need to tweet, actually: as you were, it seemed.

The silhouette itself? Well, the nose is longer, yes. There’s more volume at the front end, yes. It looks a bit odd at first, yes. Thing is, the rest of it is bigger too – it’s nearly 100mm longer and the only dimension that hasn’t significantly grown is the height (just 7mm taller). So it does sort of all work. I think. We’ll just have to get used to it (besides, I was told later, pedestrian regulations meant Warming’s team didn’t really have a choice).

Once the crowds started to thin (I think there was some mention of lunch being served), I was able to pick out the details Warming was so proud of. Apparently minor changes such as a metalwork creates around the wheelarches, replicated on the bottom of the doors, makes it look more premium: this is a new feature for the MINI and while we may not get it now, is the inference, we will in time. The old one may just look that bit less premium alongside it, once we familiarise ourselves. 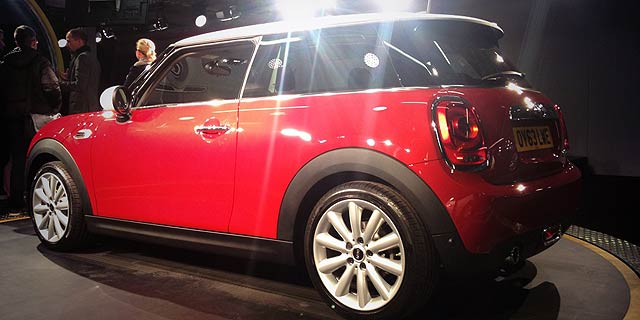 He also loves the rear end aspect: the way the greenhouse (the windows…) sits atop more voluminous shoulders screams premium to him. As do the LED lights, and the neat front grille, and the subtle creases around the rear lights. He, like everyone, mentioned premium endlessly. Take it from me, the focus for the new MINI absolutely has been to make it more premium.

Finally I got to sit in it. How does it feel? Why, more premium. Honestly: better quality plastics, bigger and more bolstered seats, more features and more space all make it feel classier. Note that last point: because I sat in the back. And didn’t get stuck. Didn’t scream to get out. If the front seat occupant compromises, it’s really not bad in there. That IS an advance. 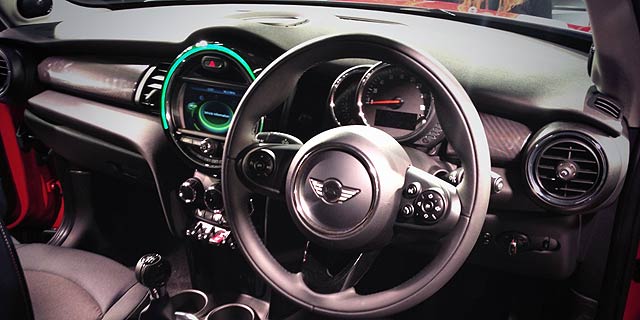 The more time I spent indulging in the details, the more I was enthused. This is maybe the approach with the new MINI: don’t expect something new, because you’ll be disappointed. Look for what you had before, but better, and you’ll sign up immediately.

Hard to argue with that, really. As for the front end, we’ll see if that rouses more debate once it’s out on the road early next year…