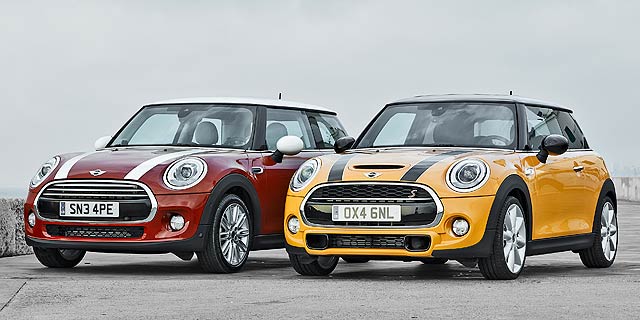 Motoring Research is the first publisher in the world to carry full official technical data on the all-new MINI.

The three-model range, which starts from £15,300, has been added to our data set and can be fully compared with other models on sale in the UK.

For an added bonus, we’ve included the outgoing MINI in the data set, so comparisons can be drawn.

The data reveals that the choice new MINI may, for now, be the new Cooper. This uses a brand new 1.5-litre TwinPower Turbo three-cylinder model, which produces 134hp… and a very muscular 169lb ft of torque.

We say ‘just’ because the new MINI sets high standards. The Cooper D alternative showcases them: its 1.5-litre turbodiesel produces 114hp and is capable of a remarkable 80.7mpg. CO2 emissions? Just 92g/km.

And remember, the MINI One D is likely to be even better still…

MINI hasn’t released options prices yet, but we have included standard equipment for the model range. We’ve also added dimensions – showing, for example, that while the new MINI’s boot is, at 211 litres, almost a third larger than before, it’s still some way off the 295 litres of a Ford Fiesta.

Really, though, it’s over to you. We’ve added the data (and included the images): now take a look yourself to see how the new MINI compares.

Oh, and don’t forget to use some of the MR search wizards to see if it now crops up amongst your recommended favourites…