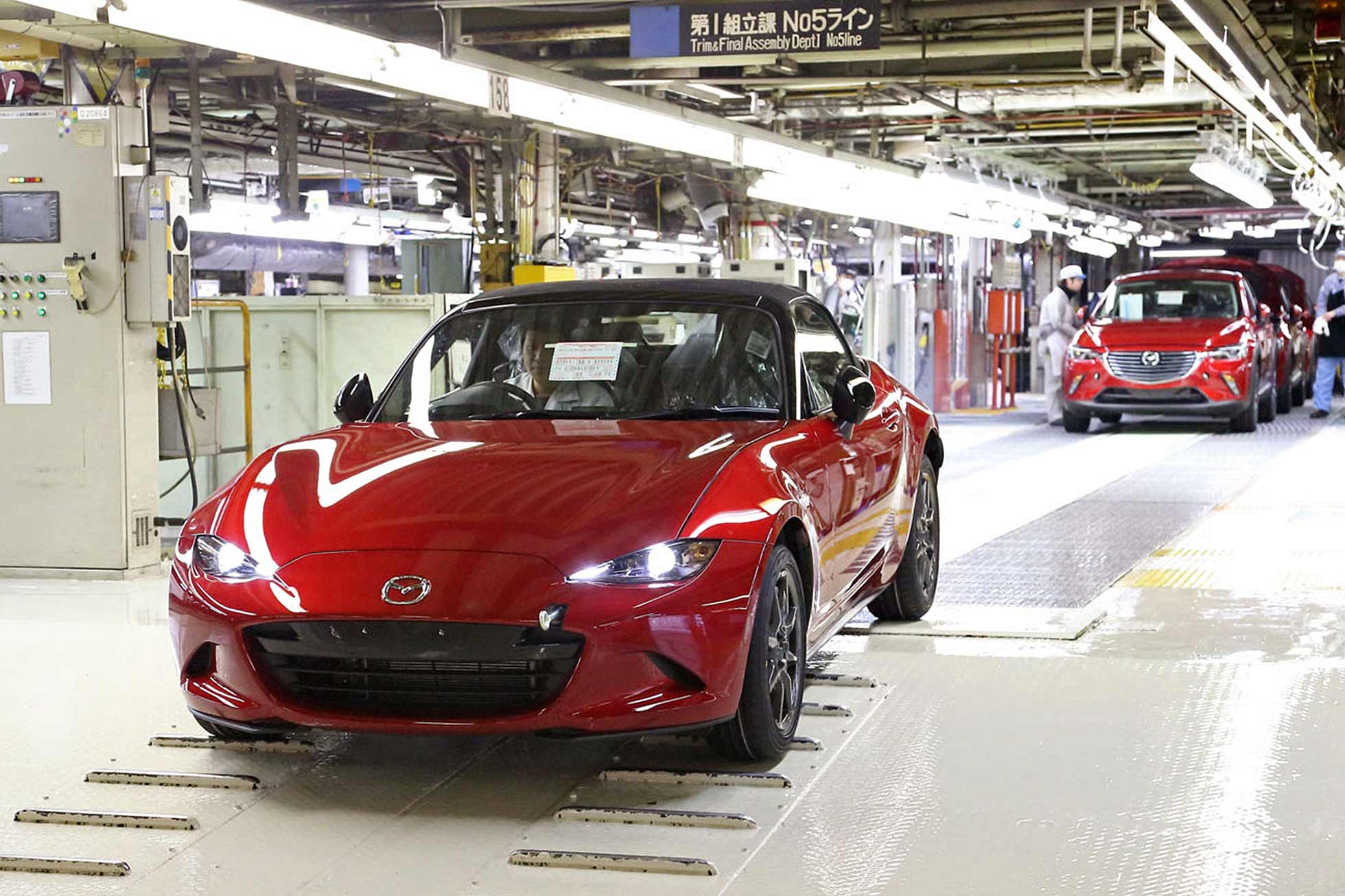 Mazda UK dealers are now taking pre-orders for the new MX-5 roadster, which will be landing in the UK later this summer.

Once they’ve registered on a special Mazda MX-5 UK pre-order portal, customers can place a £1,000 deposit with their local dealer that will guarantee them one of the first new MX-5 off the boat from the Japanese factory.

And that’s not all: Mazda will also enter everyone who places a pre-order into a competition to win a drive holiday of the new MX-5 in Barcelona.

As seen being enjoyed by Top Gear’s Richard Hammond last night, the competition prize includes overnight stays in flash hotels and the rather unlikely additional thrill of jetpacking across the ocean.

Mazda will also chuck in a GoPro for the winners to film what they get up to.

Those keen to guarantee getting one of the first new MX-5s in the UK won’t even have to choose their final configuration just yet, either: Mazda says dealers will contact customers closer to the late summer launch to spec up their own car (and get a confirmed delivery date).

News of UK pre-ordering going live comes as the first new MX-5 rolls off the Hiroshima production line. It will go on sale in Japan in June, prior to other markets including the UK following over the next few months.