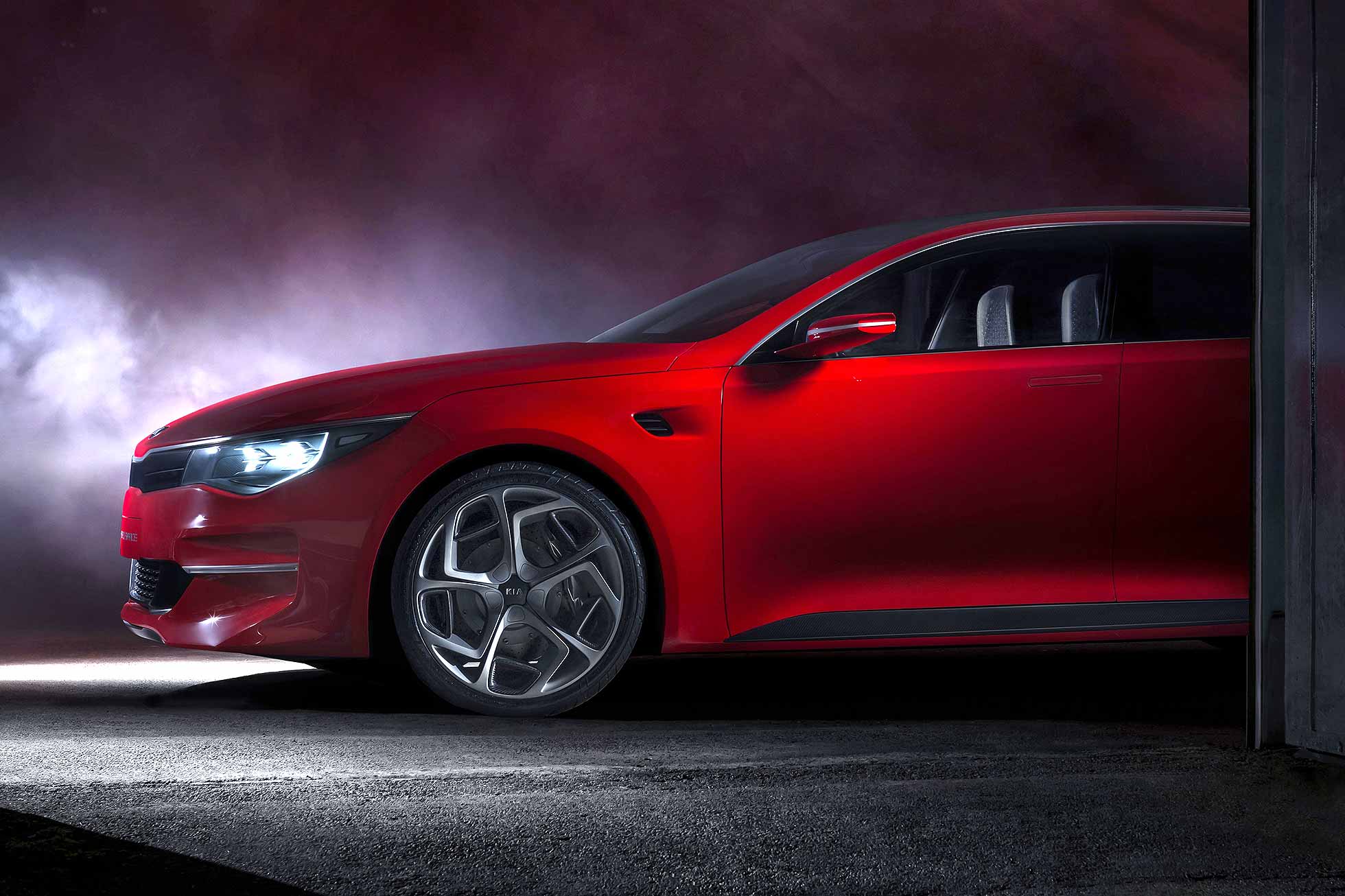 Kia will showcase a D-segment concept at the 2015 Geneva Motor Show that will reveal the styling of the new 2015 Optima saloon.

The new concept, shown above as a teaser, is clearly derived from the current Ford Mondeo-rivalling Optima, but looks sharper and more sporting.

Interesting details include the sharp front end, vents in the wings and premium-look side profile.

Kia says it’s the 11th concept to be created by the European design studio in Frankfurt; fittingly, the production version is expected to be shown at the 2015 Frankfurt Motor Show in September.

Available engines will include a plug-in hybrid option, which will significantly bolster its potential in the UK’s competitive fleet car sector.

An European-specific estate version is expected to follow later.