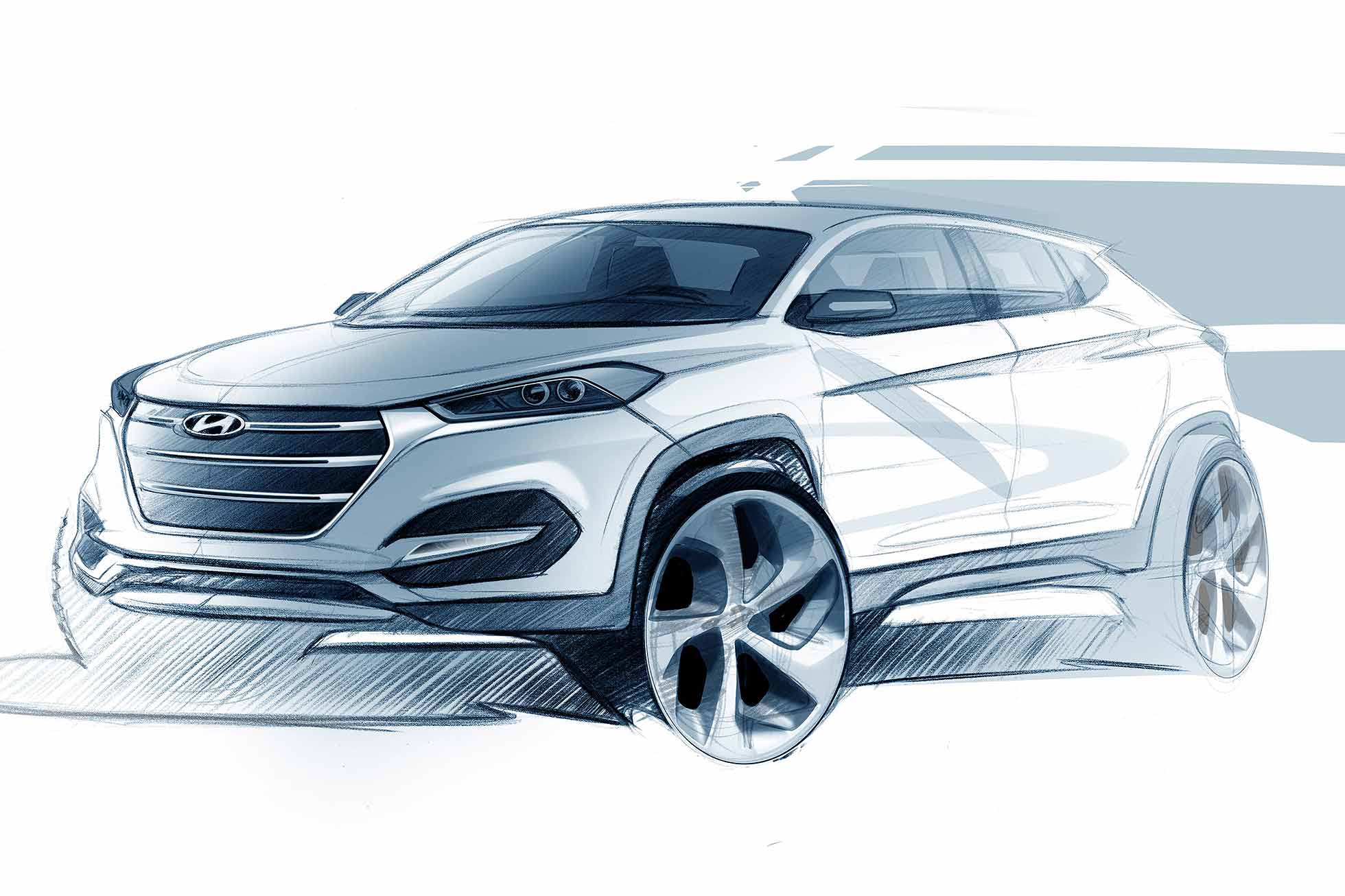 Hyundai has revealed first impressions of the new Tucson compact SUV that’s due to be fully revealed at the 2015 Geneva Motor Show on March 3.

The sketch suggests the new Tucson will be much more striking than the slightly anonymous current model. A big grille, narrow headlights and bulging wheel arches are all depicted; the lower front grille treatment is also striking.

Design boss Peter Schreyer, for which this is likely the first Hyundai he’s had significant involvement in, confirmed the new SUV “will be a big step forward for the Hyundai brand globally.

“The all-new Tucson has a bold and athletic presence and a proud stance. Its design is characterised by flowing surfaces, bold proportions, sharp lines and – most important – our brand signature hexagonal grille.”

Expect this grille to become an increasing design theme of future Hyundais.

Schreyer explains further in the video below, where you can see more previews of the new Tucson.

It’s got quite a track record of success to build upon, too: Hyundai revealed that, since the first Santa Fe was launched in the early 2000s, it’s sold more than one million SUVs in Europe alone.