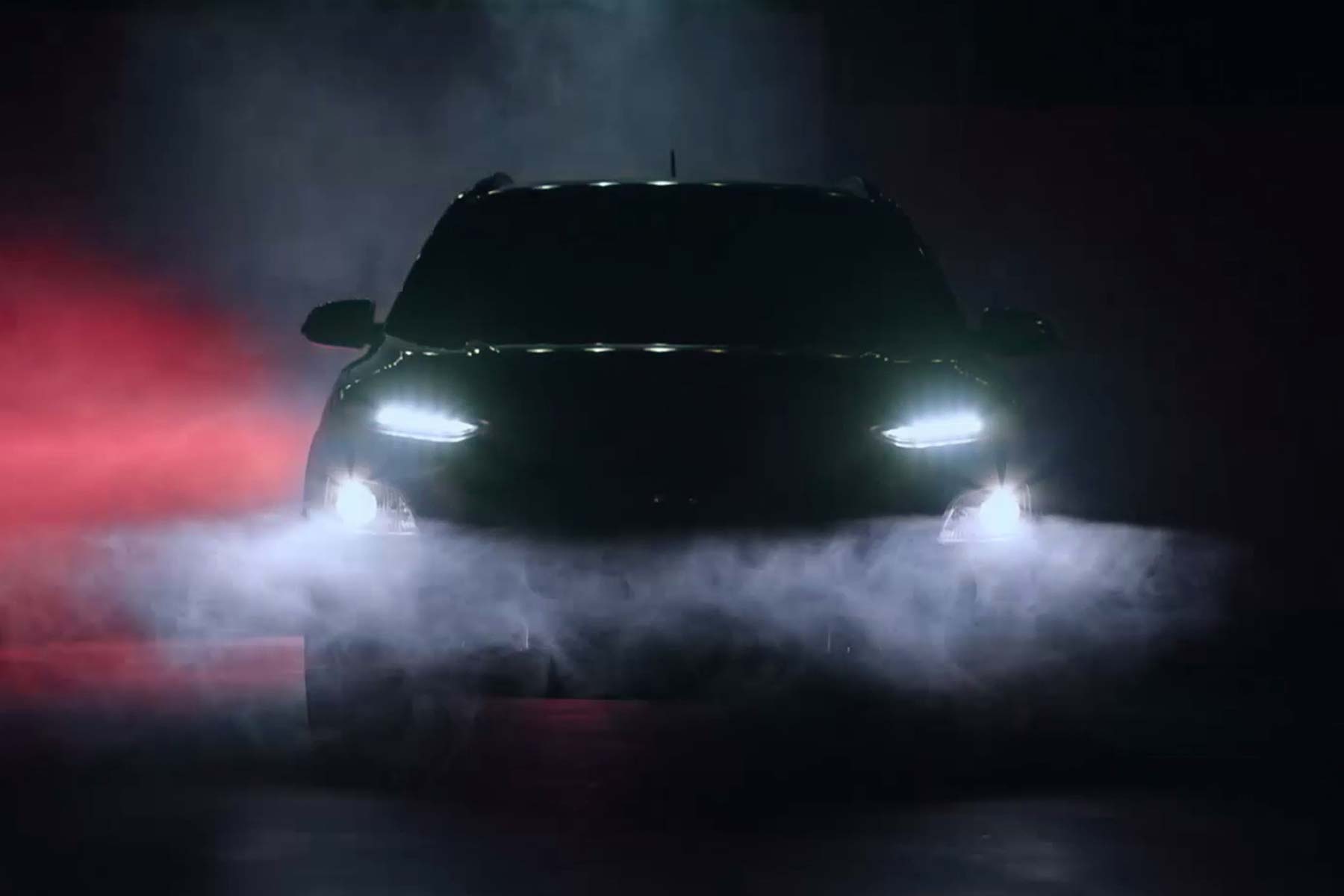 Hyundai has provided the clearest glimpse yet of its new Kona small crossover, in a new video that provides yet another indicator it might be a little more avant-garde than the firm’s usual restrained look.

Set to be revealed on 13 June, the Nissan Juke-rivalling Kona will be based on the same platform as the i20 supermini, but is set to be rather more distinctive in appearance. ‘Voluminous’ and ‘aggressive’ is how Hyundai describes the styling, with ‘sleek and sharp shapes’ and a ‘strong and confident’ presence. Which sounds encouraging; the video provides the first indication it might just be onto something here.

It’s to get a fancy set of sleek headlamps, Hyundai’s new family front end featuring its ‘Cascading Grille’ and, inside, a rather sharp-looking head-up display, the first time a Hyundai has featured one. It’s an eight-inch display and looks to be pretty colourful and comprehensive, judging by this early tease.

Following its summer 2017 world debut, expect the Kona to roll into showrooms later this year. Hyundai won’t be hanging around: this is a key car in its strategy to be Europe’s favourite automotive car brand by 2021. Given how the small crossover sector is booming, expect its seemingly distinctive looks to become something of a familiar sight.