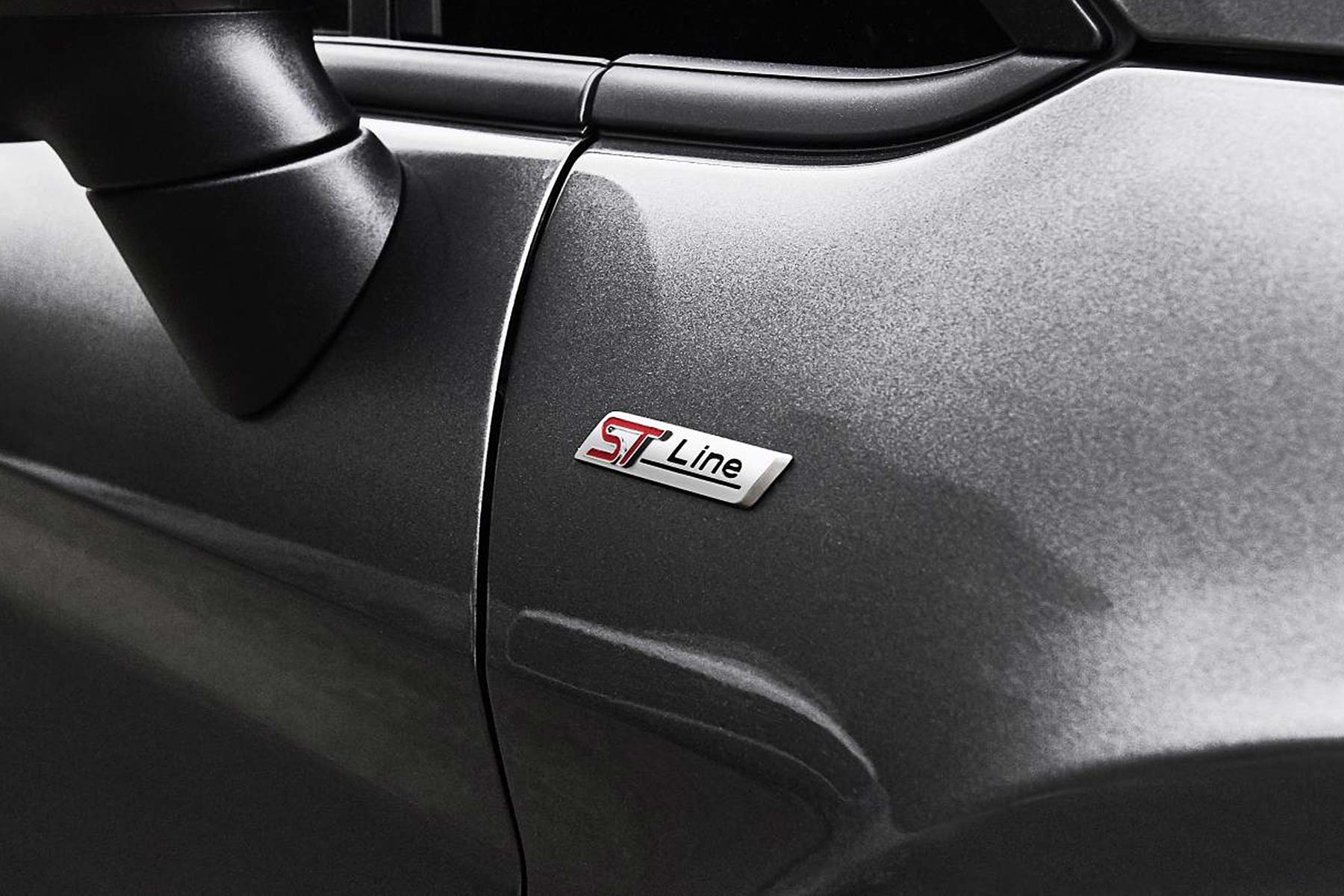 Ford has launched a new ST-Line range of Fiesta and Focus models, confirming news Motoring Research broke back in April of Ford’s desire to capitalise on the ST and RS hot hatch halo effect.

The new Fiesta ST-Line and Focus ST-Line variants are available to order now, with prices starting from £15,645.

They combine this with more real-world engines: Ford’s 1.0-litre Ecoboost in the Fiesta, in 100hp, 125hp or 140hp guise, with a 95hp 1.5-litre TDCi turbodiesel for those seeking 78.5mpg claimed economy.

How to spot a Ford ST-Line

There are a number of defining features that mark out both Fiesta ST-Line and Focus ST-Line – which presumably will be carried over tow the two additional ST-Line cars Ford’s planning to launch before 2016 is out.

Motoring Research reported back on 7 April 2016…

Ford is planning to introduce a new sports-tuned range of ST-Line models to sit below its ST and RS hot hatch variants and offer performance car appeal to volume car buyers.

Replacing the current Zetec S range, he new ST-Line has been developed to harness the halo effect of Ford’s outstanding new Focus RS, a Motoring Research five-star car that has so far received more than 3,000 orders even before being available in UK dealers; the first cars arrive in UK showrooms this month.

Speaking to Motoring Research, Focus RS product boss David Calder said the launch of the Focus ST-Line was part of the ST renaissance that’s being driven by the high-profile acclaim of the RS – a car currently being featured in Ford’s ‘Unlearn’ branding campaign.

But although they’ll have a much broader range of engines, the ST-Line cars won’t be mere badged-up styling exercises. “They’ll still have sports-tuned chassis,” he confirmed, building upon the Zetec S models that to date have been relatively undiscovered variants within the Focus range.

“Our intention is to create a strata of products below RS, for those who’ve seen our hot hatch halo but don’t have £30,000 to spend on a car.

“It will mean dealers can say to customers, ‘here’s another alternative, with the same DNA, for two-thirds of the price’.”