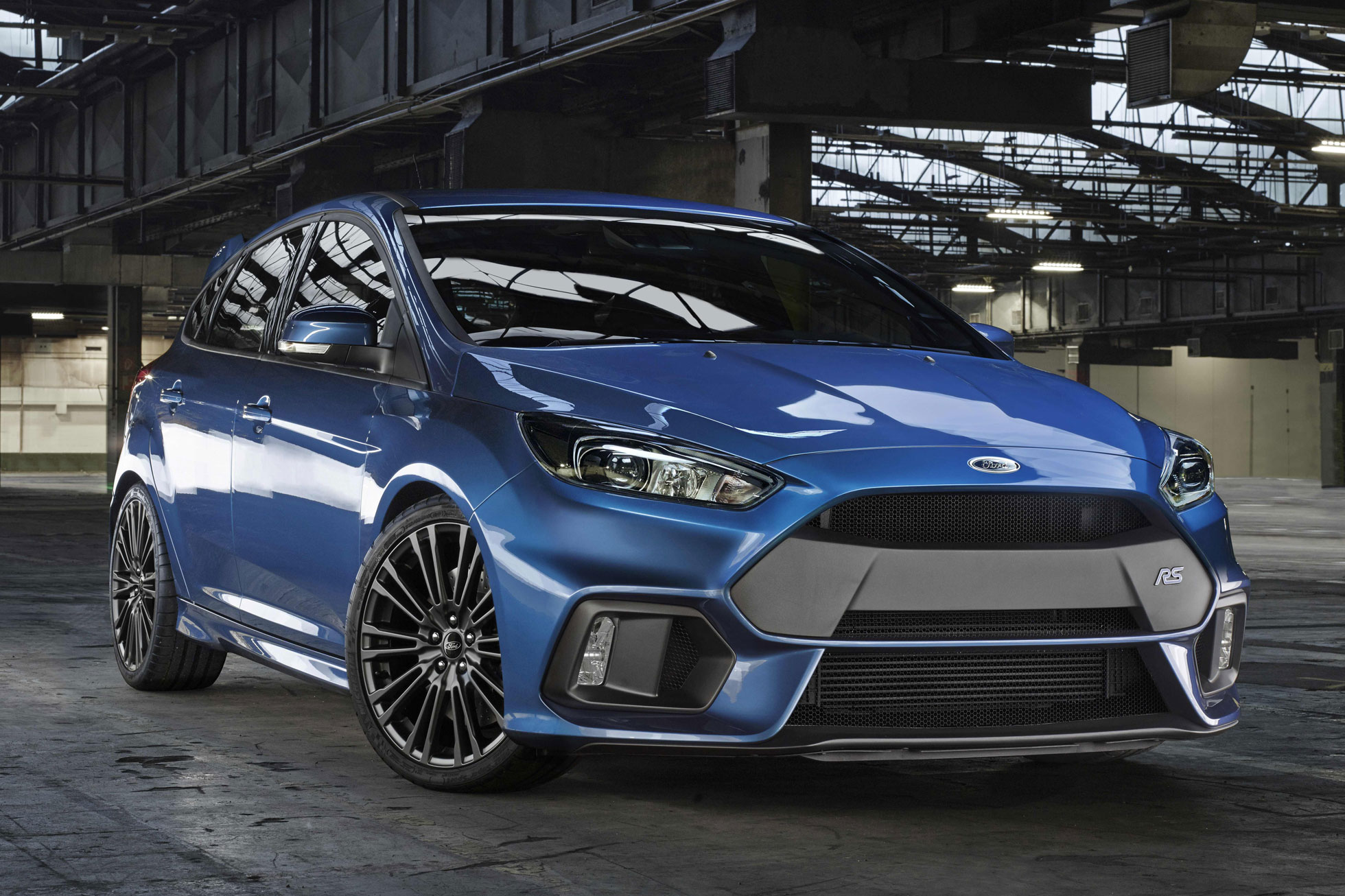 Ford has revealed the new Focus RS will produce a hefty 320hp to give it bragging rights as the fastest and most powerful Focus in history.

Sensibly, the firm will also fit four-wheel drive to the hottest Focus for the first time ever, to deal with the surging power.

Revealed with the help of Focus RS consultant Ken Block at a special event in Cologne, the new Focus RS will be revealed in full at the 2015 Geneva Motor Show and go on sale towards the end of the year.

For the first time ever, the German-built Focus RS will be a global performance car, sold in all markets rather than being restricted to Europe.

70 per cent of drive can be sent rearwards, and 100 per cent can be split to either side. Impressively, Ford says allows cornering in excess of 1g, with class-leading acceleration out of it.

Torque vectoring improves stability and also helps turn the car into corners with more agility. We also like the mention of “controlled oversteer drifts at the track”…

The Mustang-sourced 2.3-litre Ecoboost four-cylinder engine has a new low-inertia twin-scroll turbo, larger compressor, much bigger intercooler and the biggest radiator ever fitted to a Focus.

Ford says it will rev to 6,800rpm and has exhaust “burbles, pops and crackles that are an RS signature”.

It’s a six-speed manual gearbox with a short-throw lever; Ford isn’t offering an automatic option. It isn’t revealing performance figures yet either: they’ll be saved for the Geneva Motor Show.

How to spot a Focus RS? Well, there’s no missing it, really. The front end is all new and is cut out as much as possible to allow maximum engine cooling, air intakes and brake cooling ducts. There’s a huge diffuser at the rear too, plus a roof spoiler with transparent RS-logo’d side panels to further smooth airflow.

The choice of colours is limited to four: four-coat Nitrous Blue that’s specific to the Focus RS, plus Stealth Grey, Absolute Black and Frozen White. The Cologne launch car isn’t any of them though: as a one-off, it’s painted in the same Liquid Blue as last month’s Detroit Motor Show Ford GT concept.

Inside there are Recaro seats as standard, or RS Recaro shell seats as an option if you live in Europe or Asia. Rather amusingly, Ford’s new SYNC system lets people say “find a race track” and have the navigation send them straight there.