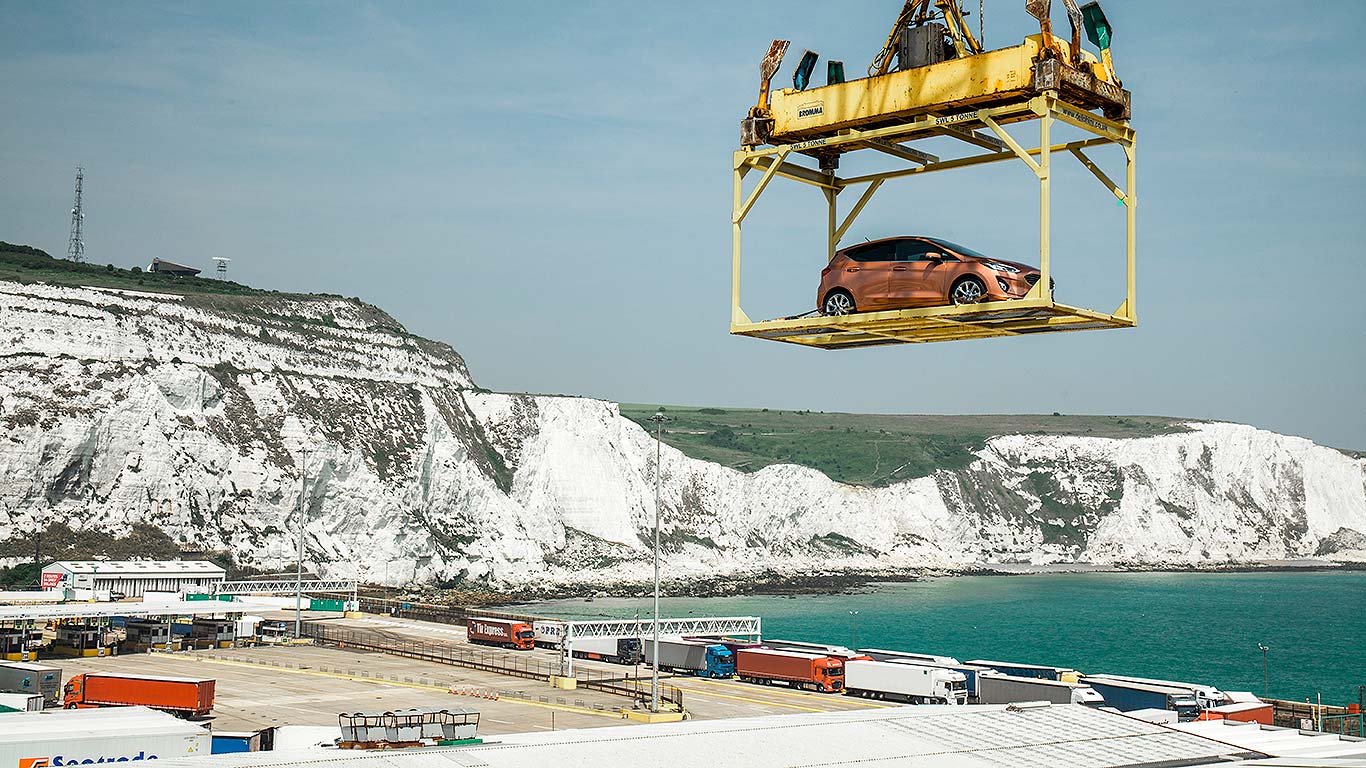 A day after the outgoing Ford Fiesta lost the UK best-seller spot it had held since 2014, Ford has revealed the first all-new Fiestas have landed in the UK, ahead of its dealer launch later this month.

The Fiesta remains Britain’s best-selling car so far in 2017, and Ford is keen to ensure this continues: hence the importance of getting the new model rolled out quickly. It thus paused only briefly at the Dover docks to mark the arrival of the first all-new Fiesta in the UK – a five-door 1.0 Ecoboost 100 Titanium model.

Ford of Britain chairman and MD Andy Barratt is confident. “This year the eyes of the car world in our market are on new Fiesta as it takes over the reign as top seller.  Having seen all Fiesta models coming over the next nine months, I’m confident it will remain on top.”

And here’s an interesting factoid: the first new-shape Fiesta is headed to Birmingham. Why? Because more Fiestas are sold there than anywhere else in the UK…