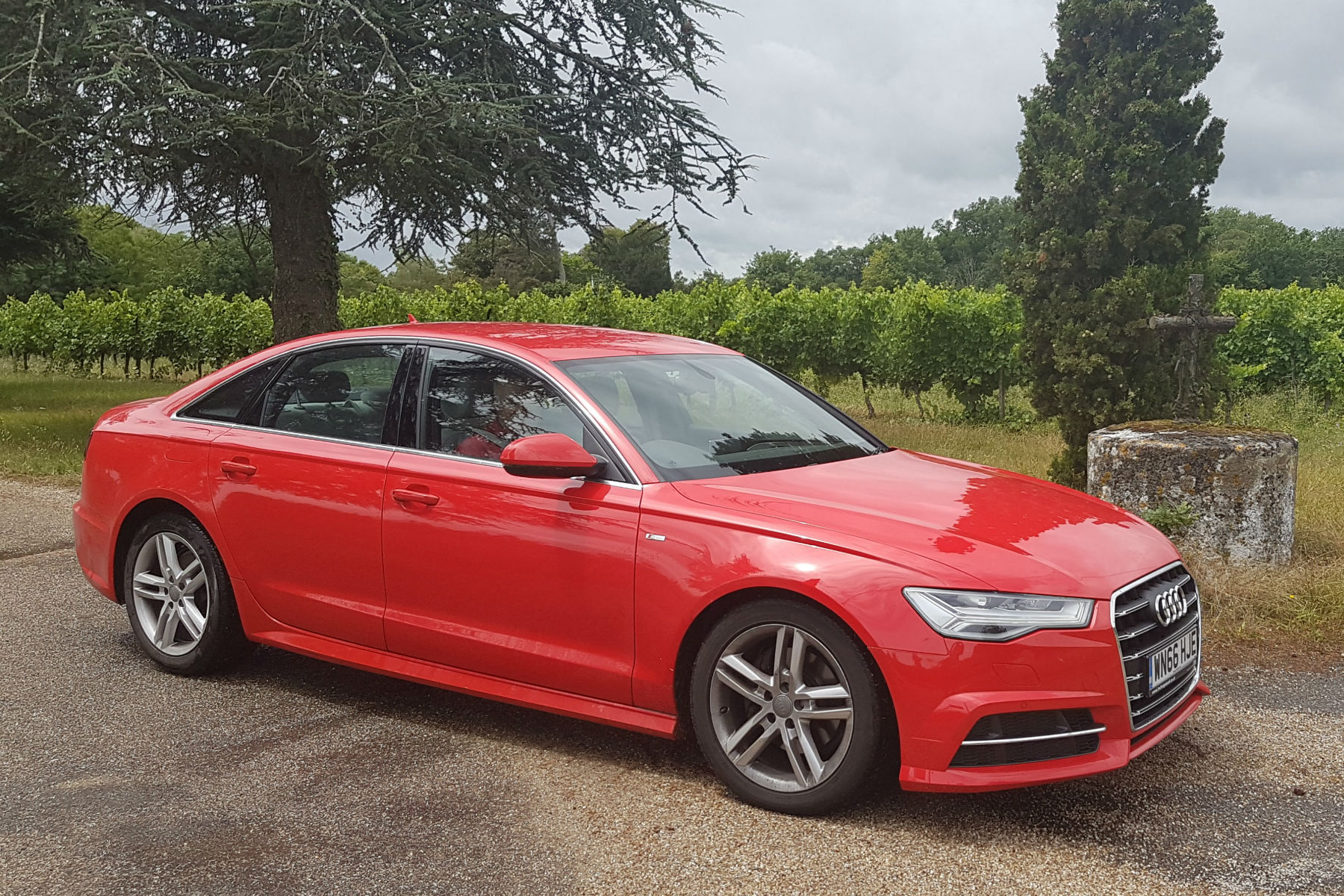 We all want the latest new car. Just look at the order bank for Range Rover’s new Velar. These deposits are from people who haven’t even seen the car in the metal, let alone driven it. And they’ll pay top dollar, with no sniff of a discount. But put your ego and pride to one side and you can bag an amazing bargain, like I did nine months ago.

The trick is to pick a car that’s nearly at the end of its life cycle, typically in the sixth or seventh year. I wanted something swanky, bigger and better than a BMW 3 Series or Audi A4, and drilled my choices down to the Audi A6. The current model, the one I now drive, went on sale in 2011, had the usual mid-life facelift after three years and will be replaced in 2018.

I drove this car on the media launch in Sicily in 2011, and concluded “it is extremely close to being a five-star car. Indeed, for many, this Audi will become the most desirable car in its class”. I didn’t dream I’d be able to afford one.

More for your money?

Things move on, and there’s no doubt the forthcoming A6 will be better in many respects. Yet the more upmarket the car, the more difficult it is for the manufacturers to make it significantly better next time around, short of simply bunging in more equipment. The major deal these days is to focus on telematics, making your car feel more iPhone and Android friendly, with a whole range of car-specific apps at your fingertips. Crash and pedestrian avoidance are also important.

So have I missed out, with my new-old A6? A bit, but not nearly as much as you might think. There’s no integration for the mobile phone: simply a Bluetooth connection, so Spotify has to be controlled from my phone – not an an option when you are driving. I could have bought into this with an expensive Technology pack, but that made no financial sense. 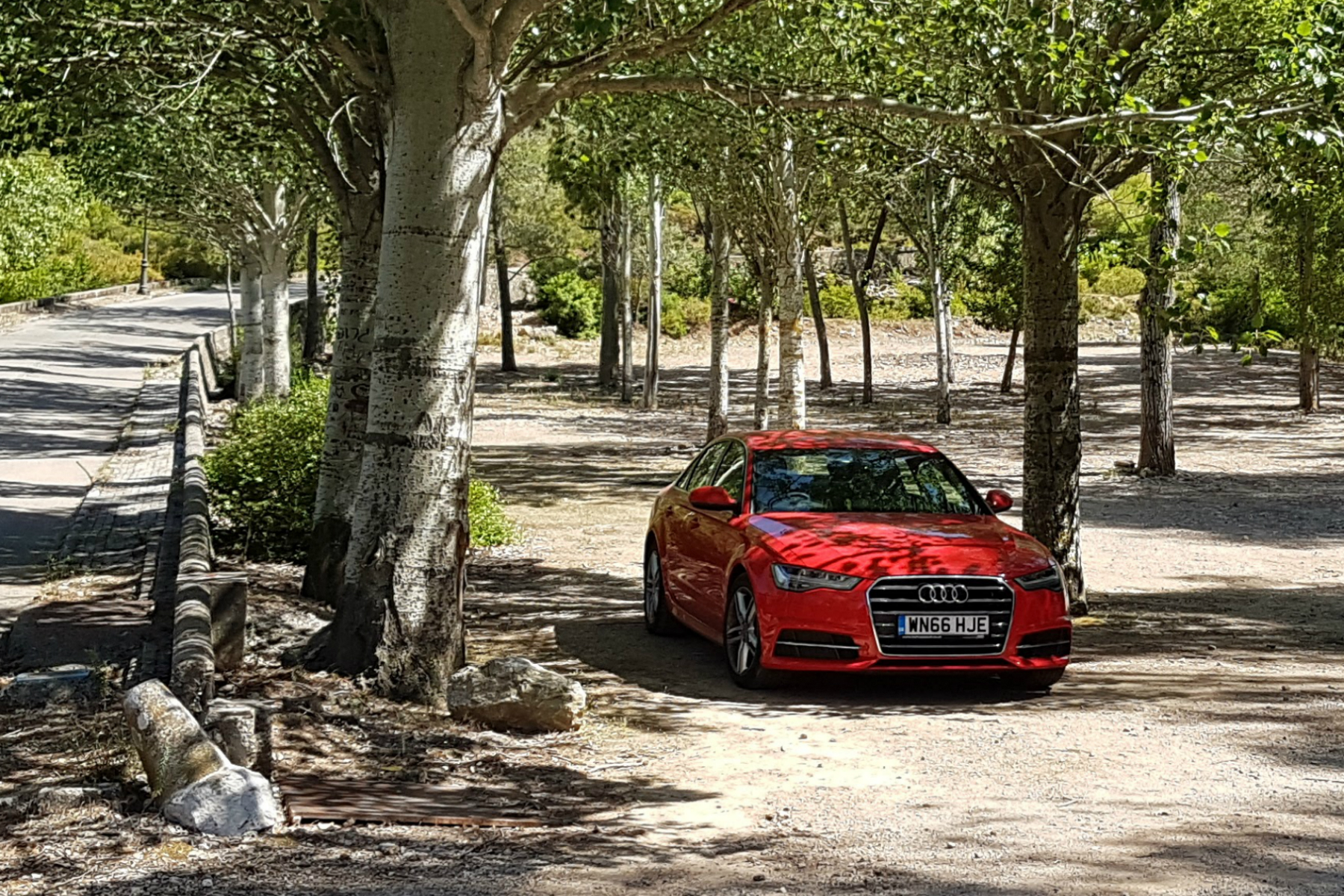 There are great benefits to counter that, though. Big cars don’t sell well in the UK, no matter what the manufacturers would have you believe. That means a mid-life facelift isn’t enough to bolster sales for long. Last year, Audi threw a fresh bunch of equipment at the A6, so the S Line version I bought ended up with plenty of gear that was optional back in 2011.

Here’s a sample: memory electric heated seats, folding door mirrors, DAB radio, split-folding rear seat in the saloon, navigation, paddle shifters and, of course, leather with sports seats as part of the standard S Line package. In fact, the standard S Line has all I need, the only options I chose to go alongside the 2.0 TDI Ultra diesel being brilliant red Misano paint and automatic transmission.

But I didn’t buy for cash, or even do a PCP deal. I went for PCH instead: personal contract hire. It’s like a PCP, but with a much lower payment at the front end and a different deal structure. At the end of the term, two years in my case, the car goes back. I can’t buy it, and have no equity to put down on the next car. In reality, I am merely renting the car.

PCH is a way that car manufacturers disguise heavy discounting on cars you think are still in high demand. Such as £199 monthly for a Kia Sportage, £299 for a Range Rover Evoque, £283 on a BMW 218 Coupe M Sport with navigation or £329 for a Mercedes SLC 250d convertible. Most with less than £2,000 upfront payment.

Nine months on, I am making a road trip to Spain. Brittany Ferries to St Malo gives a full 12 hours overnight at sea, the chance of a fabulous meal in a restaurant on board and decent night’s sleep in the cabin. I’d thought of the shorter crossing to Caen, but who wants to be woken up in time for a 6.45am arrival? St Malo’s ship gets in at 8.30am: much more civilised.

I’d quickly canned the idea of the Dover-Calais crossing. This was meant to be an adventure in a luxury car, so it called for a special experience at sea. And I planned to drive down to Spain via the awesome Millau Viaduct, avoiding the autoroute completely over a period of four days. 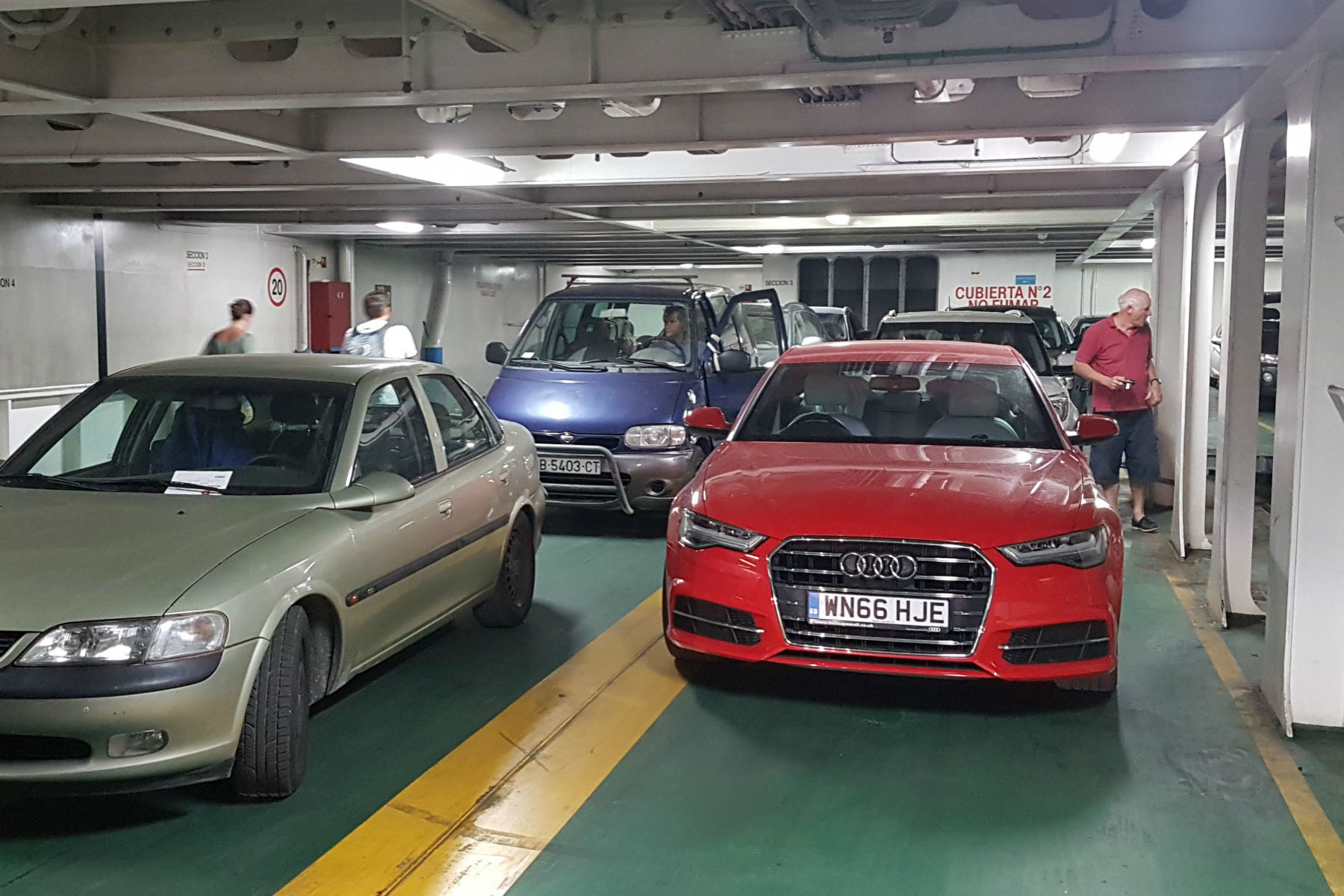 It was much fun, and not once did this ‘older’ Audi fall short of expectations. The A6 TDI is a remarkably quiet, comfortable cruiser, with punchy performance from its 190hp turbodiesel. I use the Sport mode a fair a bit, and also make use of the paddles. It returned close to 48mpg, which was less than I’d hoped, but only because I’d seen mid-50s in the UK. But the give and take of smaller roads, and a thrusting drive over the Pyranees, put paid to that.

Sure, there are aspects to the Audi A6 that are less than perfect. The ride is rather firm, though there’s a tyre pressure setting hidden away on a door panel that allows more comfort. I wish the radio gave some programme information – it couldn’t do that even on DAB. And the passenger door mirror sometimes dipped down when I selected reverse gear, but not always.

But then there’s the brilliance of LED headlights that can be switched to point the other way at the push of a button, for driving on the right.

Overall, though, my angle on car ownership has worked a treat. I’ve got into a luxury car for very reasonable money, and it will be fun going through the whole process again in a year or so. It’s made brilliant sense for me.