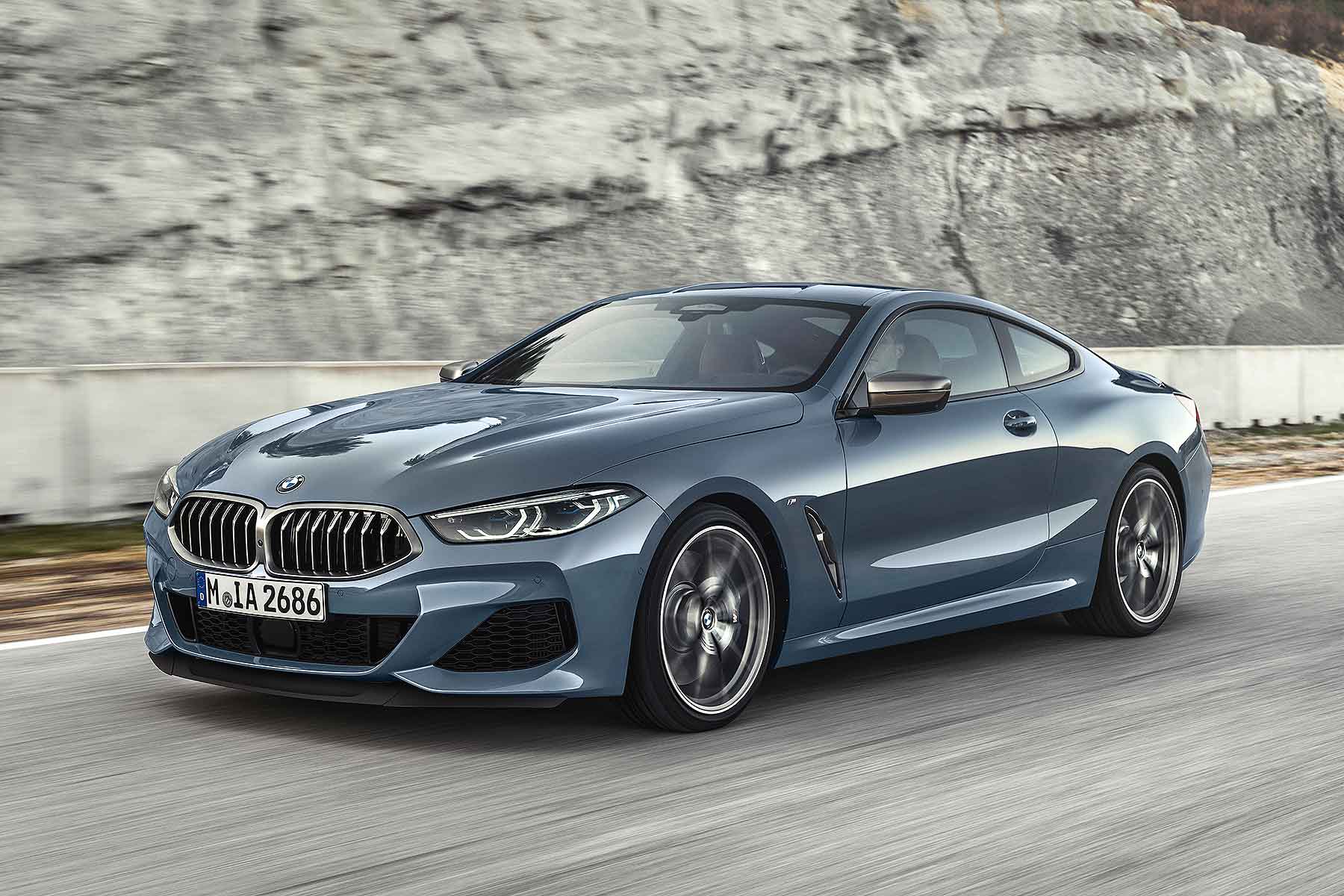 The gorgeous new BMW 8 Series has been revealed at the 2018 Le Mans 24 Hours race, alongside the racing-spec M8 GTE version that will do battle in the FIA World Endurance Championship race this weekend. The production version of last year’s even more beautiful BMW Concept 8 Series, the new 8 Series goes on sale this month in the UK, priced from £76,270. First deliveries are expected from November.

For BMW, it shows 8 is great again. The original 1990s 8 Series was a halo car, as was the BMW Z8 ‘Bond car’, while its current i8 is a futurist sports car. The new 8 Series re-establishes the high-ranking, luxury status of the number ‘8’ in BMW terminology (nicely timed for the looming rollout of the X8 SUV). 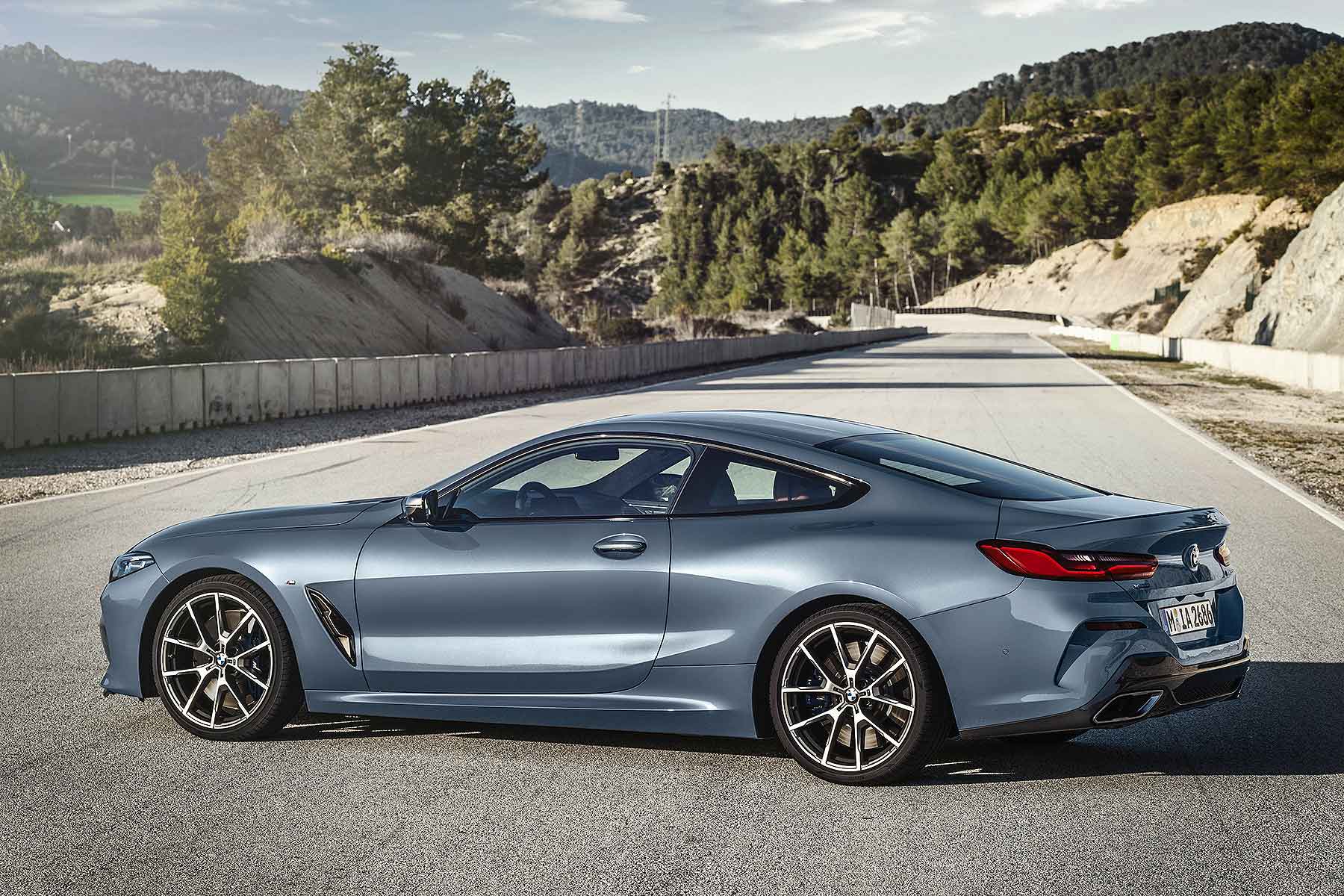 It was a Brit, John Buckingham, who led the design team for the Concept 8 Series, from BMW’s LA-based Designworks studio he works as creative director at. The firm has productionised his work, which he described to us as “rich and full of really juicy lines and proportions”, creating what it believes is one of its most exciting new designs to emerge in recent years. 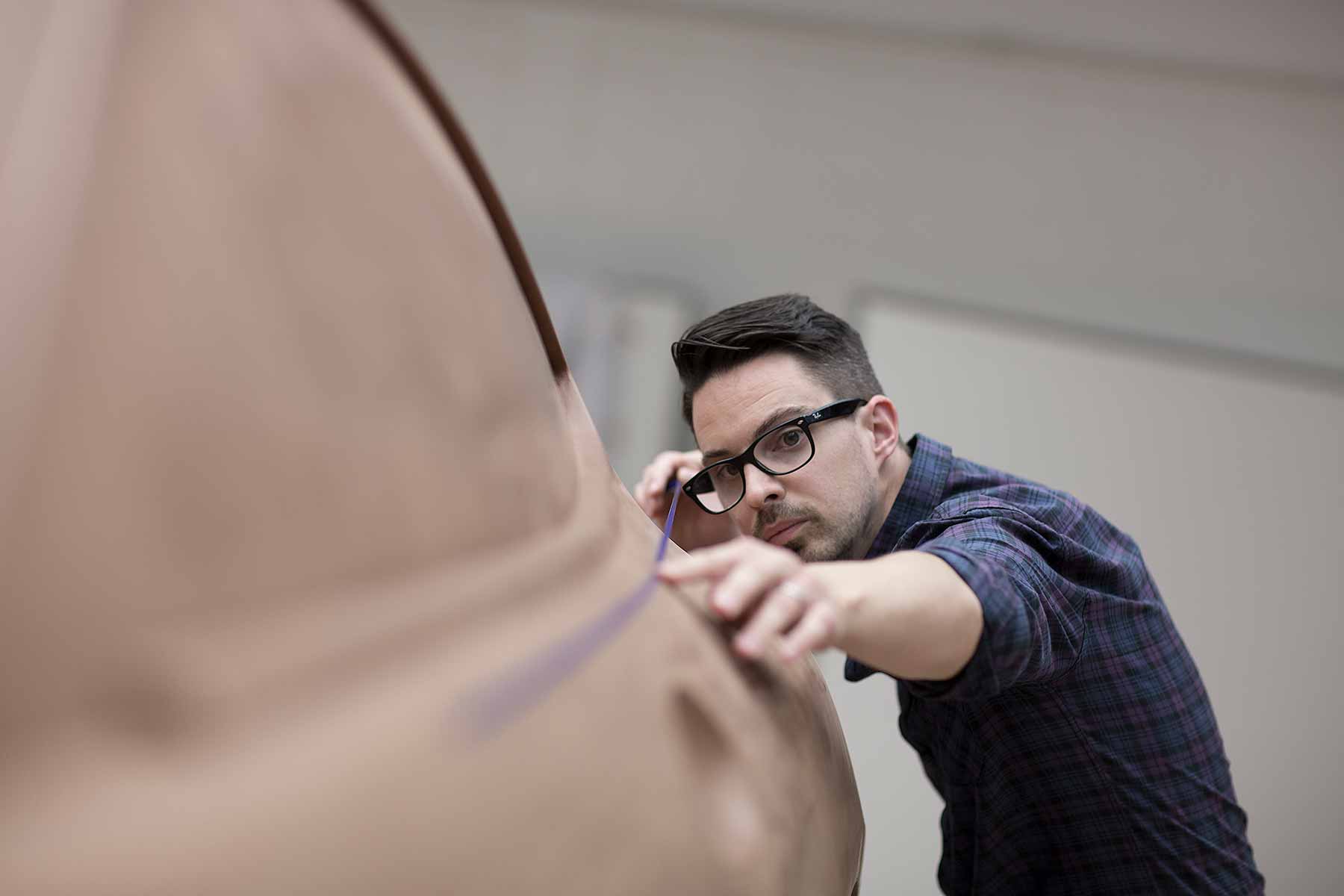 For a modern BMW, it’s unusually expressive, with much more character than the 6 Series it replaces. Buckingham and his team have created a low-slung, graceful design, with a beautifully crafted roofline and gentle, organic curves to the muscular rear arches. The rounded bodysides are purer and less busy, and the way the surfaces play with the light is striking even from the images. In the metal, it should look very special indeed.

Note how tightly-angled the Hofmeister kink is at the rear: that’s a measure of how raked and coupe-like the roofline actually is. 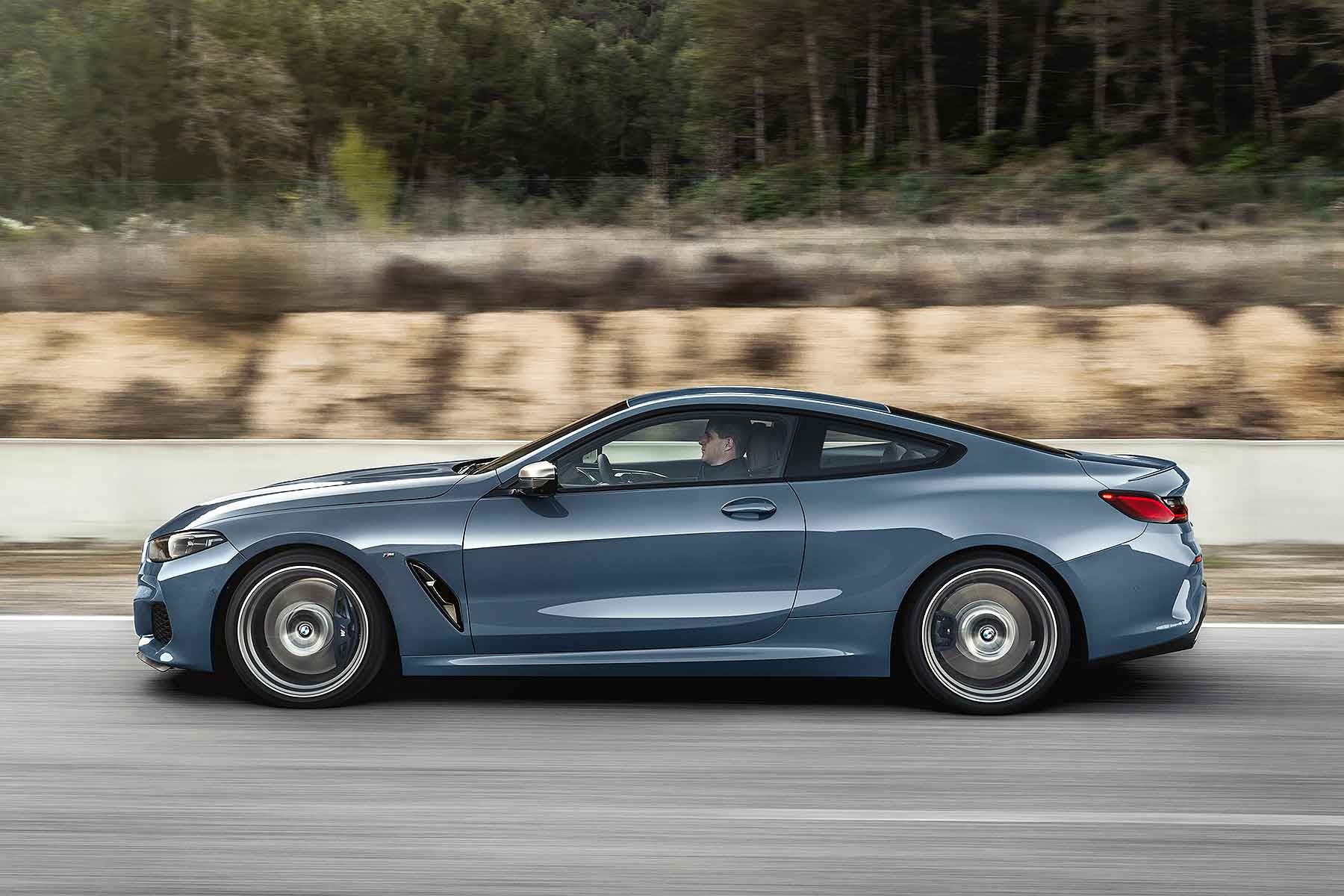 The nose is sharp, and pointed, and has an attitude to it, rather like the 1980s 6 Series, and something that car’s later iterations lacked. BMW’s latest penchant for massive kidney grilles is in evidence, as are the inevitably huge air intakes, but the headlights are also the slimmest BMW’s ever fitted to a road car. LEDs are standard, Laserlight is optional.

BMW doesn’t quote an aerodynamic drag factor, but does say lots of work has gone into making it slippery, from an almost entirely sealed underbody to Air Curtains and Air Breathers. The door mirrors are also mounted directly to the side window strips, to optimise airflow around them: it’s the first time they’ve appeared in this form on a car with frameless side windows, says BMW (presumably because it’s not an easy thing to do).

Although the new 8 Series is derived from the same architecture as the (excellent) 5 Series and 7 Series, BMW’s given it a brand new, bespoke interior. That’s a measure of how seriously it’s taking the 8 Series. It says “all lines point lengthways, automatically directing the gaze forward towards the road and emphasising the focus on sporty driving”. The centre console is particularly driver-focused, something BMW celebrates these days, rather than shying away from. 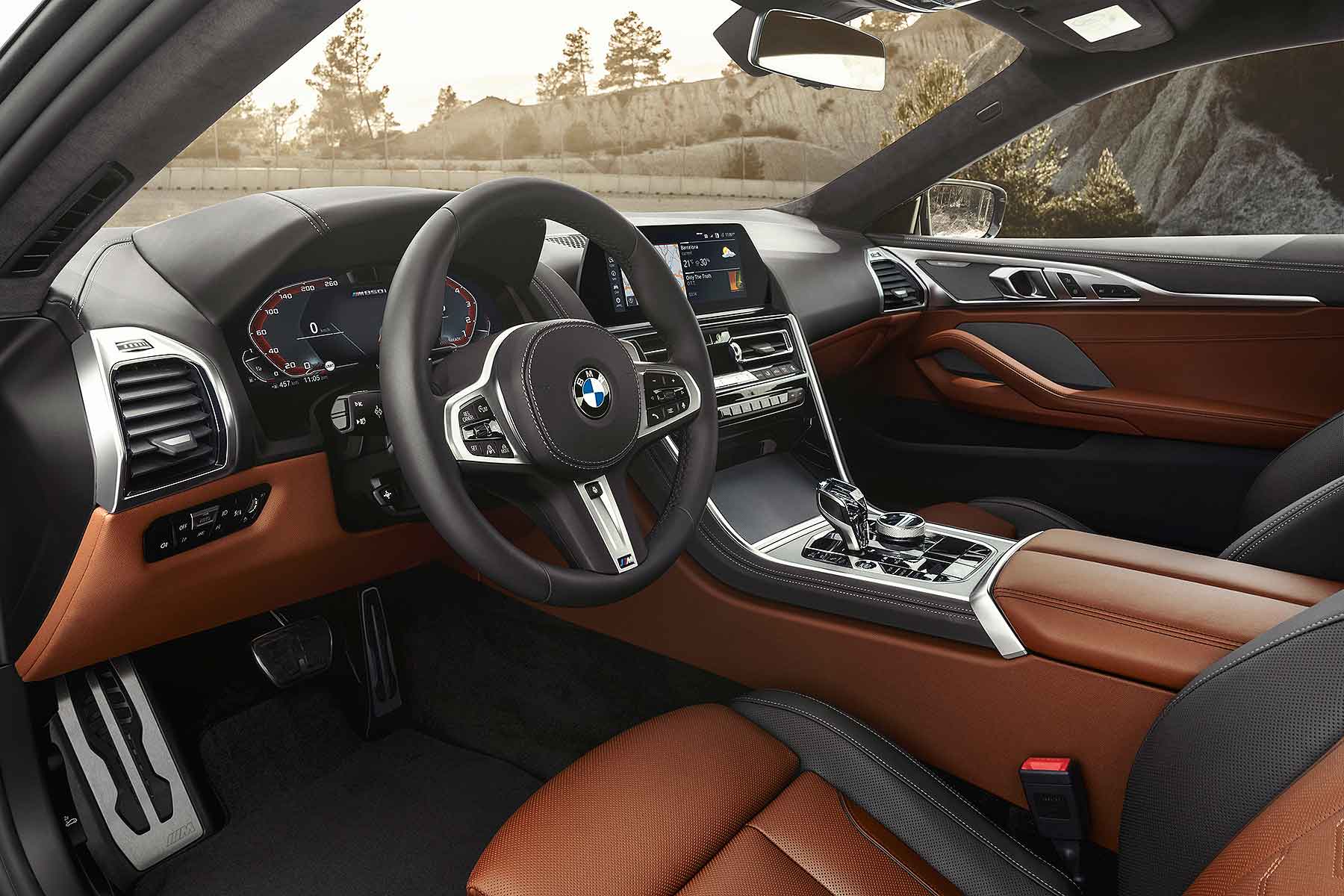 BMW installs its Live Cockpit Professional digital cluster as standard; the 12.3-inch screen is complemented by a 10.25-inch central display. It looks like we’re getting a particularly fancy and modern instrument display, and the fact it runs the latest BMW Operating System 7.0 should ensure plenty of digital Easter eggs lie within. You can even run Microsoft Office 365 and Skype through it.

Standard sports seats are decked out in Extended Merino leather, and the rear seats are positioned low to themselves look like buckets: they even have integrated headrests. Fold them flat and the boot extends from its already-ample 420-litre capacity. 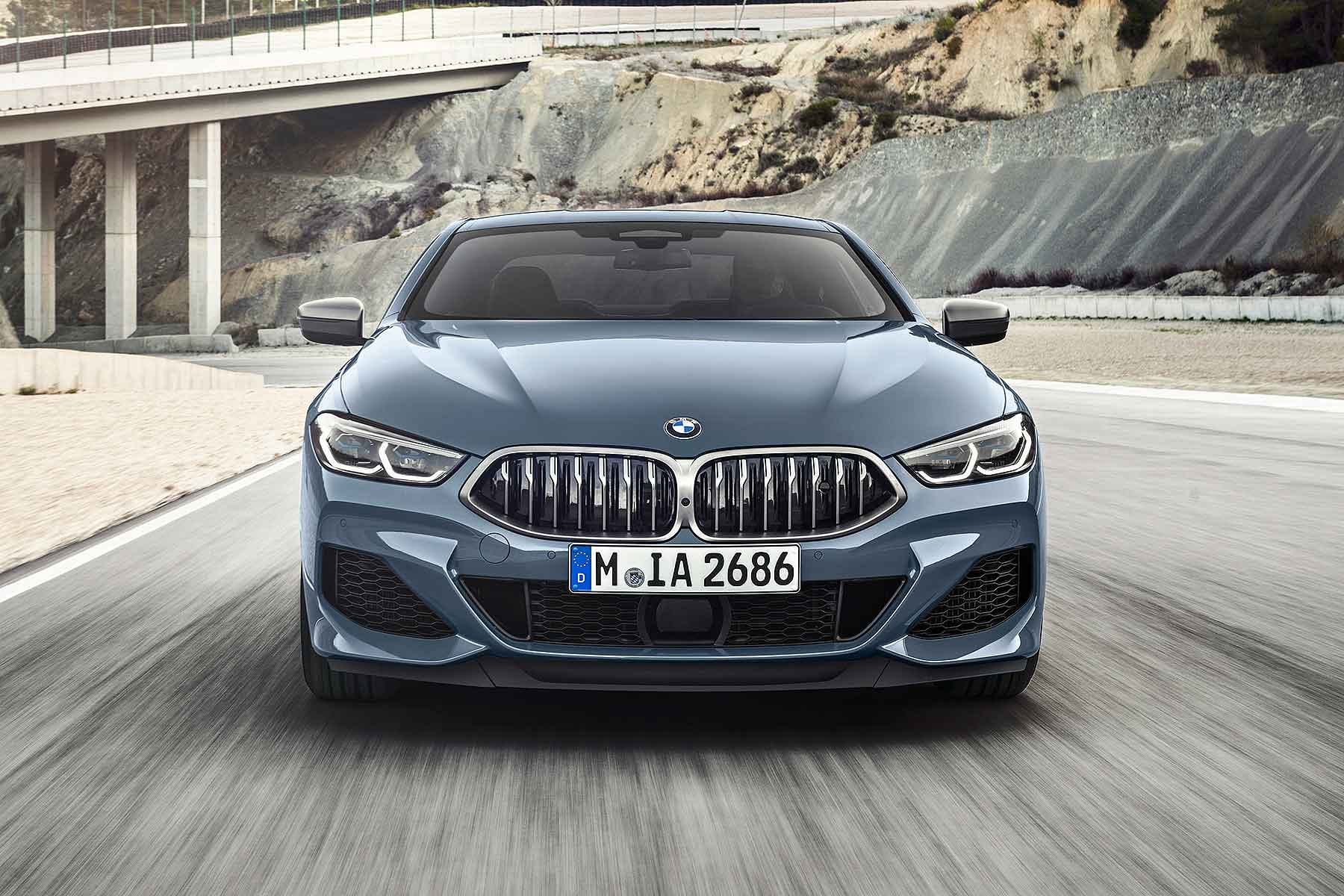 Living up to BMW’s claim that it’s a sports car is a rear-biased torque setup for the all-wheel drive, standard Integral Active Steering (it makes things fuss-free and easy when parking but more poised and assured at faster speeds) and standard Launch Control. Optional active anti-roll is also available.

As the door kickplates suggest, the new BMW 8 Series follows the 7 Series in having a CFRP (carbon fibre reinforced plastic) centre tunnel. The roof, doors, bonnet and front bulkhead are made from aluminium, and both the roof and some other body parts can optionally be had in CFRP. The front axle is almost entirely aluminium, and the rear axle has control arms forged from aluminium. It’s a big car, so will be heavy, but not as weighty as it could be, it seems.

We’ll find out more about the new BMW 8 Series in the build-up to its launch. Expect first drives later this summer and more customer events as autumn approaches. But as of this month, you’ll actually be able to order one in the UK; if first impressions are anything to go by, we think there’ll be more than a few people after 8.