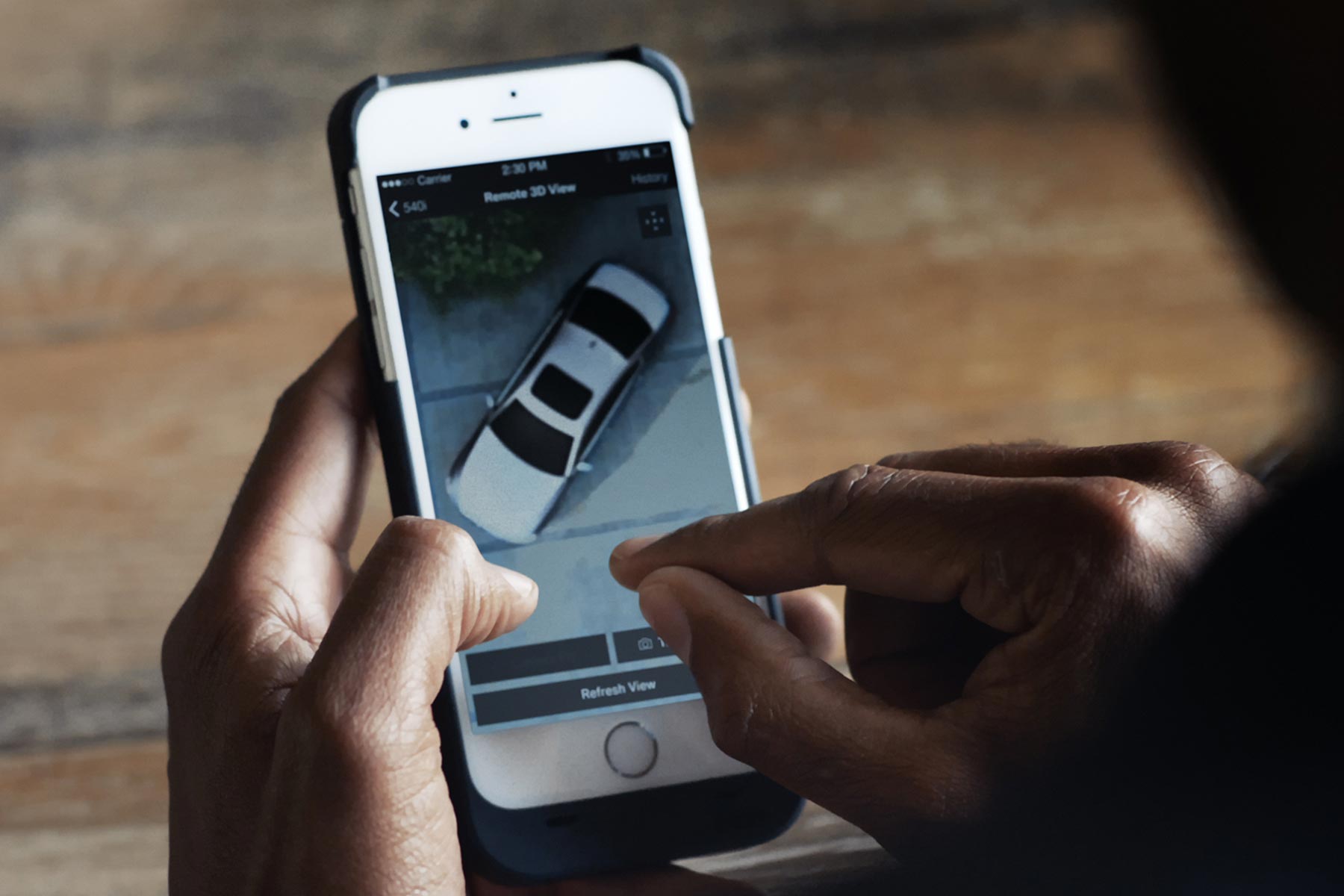 This is the new BMW 5 Series, uncovered and in all its glory… albeit viewed from above by someone watching over it on an app.

So while this technically is a world reveal, it doesn’t tell us much about the car. What it does reveal is a cool new app BMW’s developed for new 5 Series owners – that lets them watch over their car from their smartphone.

As this works ‘live’ when in use during reversing, it will also mean owners can watch almost-live overhead footage of their parked car, wherever they are in the world (it seems to let them refresh the image, which presumably instructs the cameras to turn on so it can take another screengrab). How cool is that?

There’s likely to be more: it’s probably going to be linked into the car’s alarm sensors and other detectors, so would be able to alert owners if it picks up something untoward. Someone trying to break into your BMW? Watch what’s going on via the app.

It may even record incidents if someone drives into it, which would also be smart. And, we’re sure, BMW has loads of other functionality built into this new app – perhaps allowing owners to isolate individual cameras to spy in more detail, for example.

For now the firm, literally, isn’t saying much: in revealing the image, it simply stated: “Always know what is happening around your vehicle.

“The next generation of the BMW 5 Series with the BMW Connected feature ‘Remote View 3D. Coming soon.”

Consider us eager to see more, BMW. Not least of the new 5 Series you’ve actually given the world debut to here…