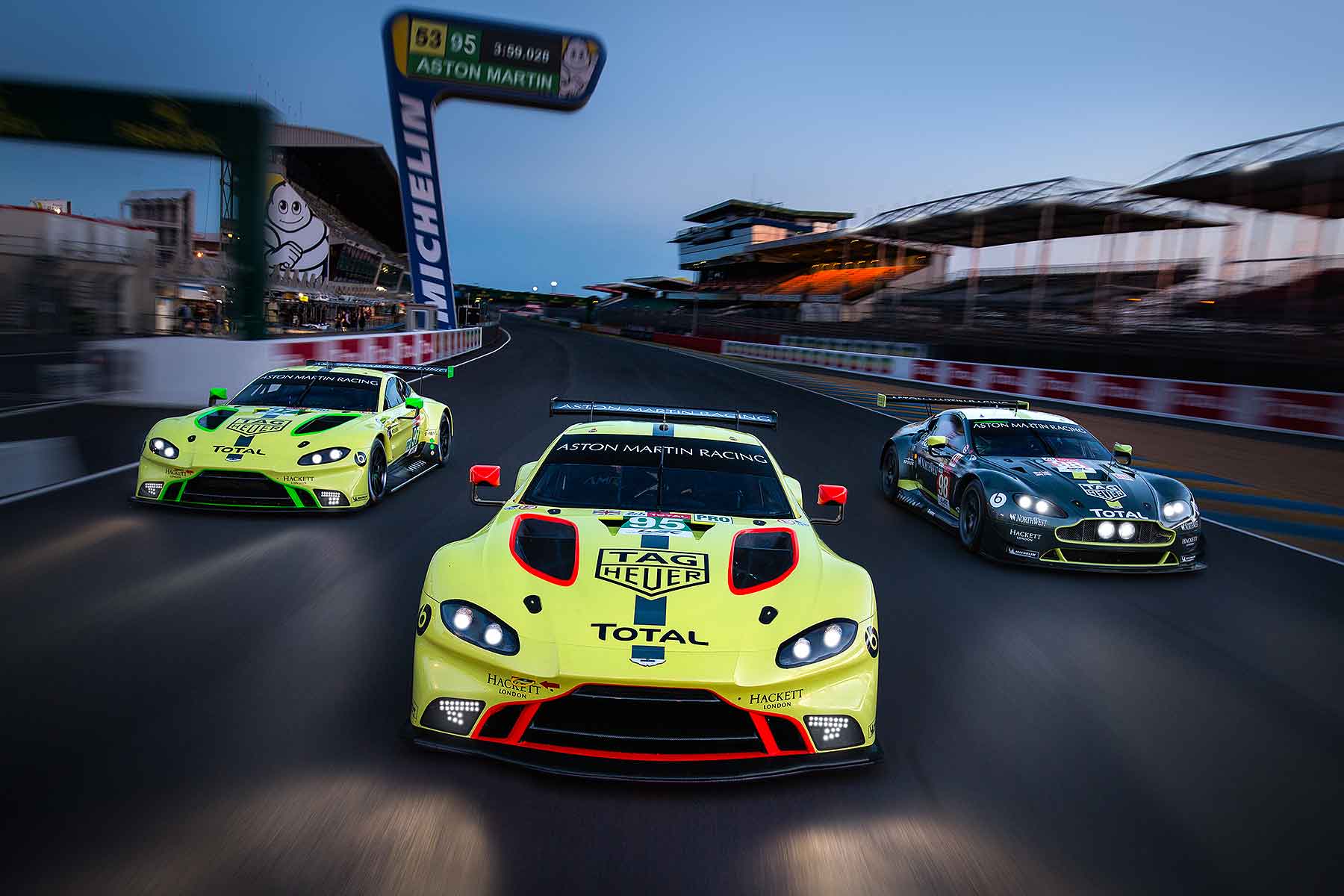 We’ve driven the road-going version, and enjoyed it enormously. Now the new Aston Martin Vantage is making its Le Mans 24 Hours debut – a year on from the old version of the Vantage GTE racer winning its class in the blue riband event.

That win came in dramatic fashion too, with British racer Jonny Adam passing the lead car in the GTE Pro category in the dying minutes of the race. Aston Martin will be hoping for similar thrills in this year’s event. And maybe even another win.

The new Vantage GTE has certainly been tested exhaustively, with the team covering almost 22,000 miles over the winter, and racing it at the recent Spa Francorchamps event. Aston called it a “solid” debut, with both cars in the points; hopefully, they’ll move further up the order at Le Mans.

Things haven’t exactly gone to plan in the build-up to the race, mind. One of the lead car drivers, Marco Sorensen, suffered a big smash during the Le Mans test day – one so heavy, the team had to build up an entirely new chassis. The engineers “worked around the clock in split shifts to ensure a fresh #95 ‘DaneTrain’ was completed, shaken down and ready for scrutineering just six days after work began on a new race car”.

Sorenesen will be joined by Nicki Thiim and three-time Le Mans winner Darren Turner. The second #97 car will be driven by Maxime Martin, plus Brits Alex Lynn and 2017 winner Adam.

It’s not quite the end for the old car, though. Aston Martin Racing is running two of them in this year’s Le Mans 24 Hours: #98 will be driven by Paul Dalla Lana, Mathias Lauda and Pedro Lamy, and Aston Martin partner Team TF Sport will run a car driven by Charlie Eastwood, Euan Hankey and Salih Yoluc.

Aston Martin vice president David King said: “The Le Mans 24 Hours is the jewel in the crown of sportscar racing and one of the principal reasons we build racing cars is to go out and beat our rivals in this race.

“Le Mans provides the ultimate test of durability and performance on and off the track. We’ve already had one test of endurance, which the team passed with aplomb with all the tremendous work and dedication that went into building a new #95 Aston Martin Vantage GTE in a short time period.

“Now we need to go out and deliver the best results possible to reward that hard work and commitment from everybody in the weeks leading up to the race.”