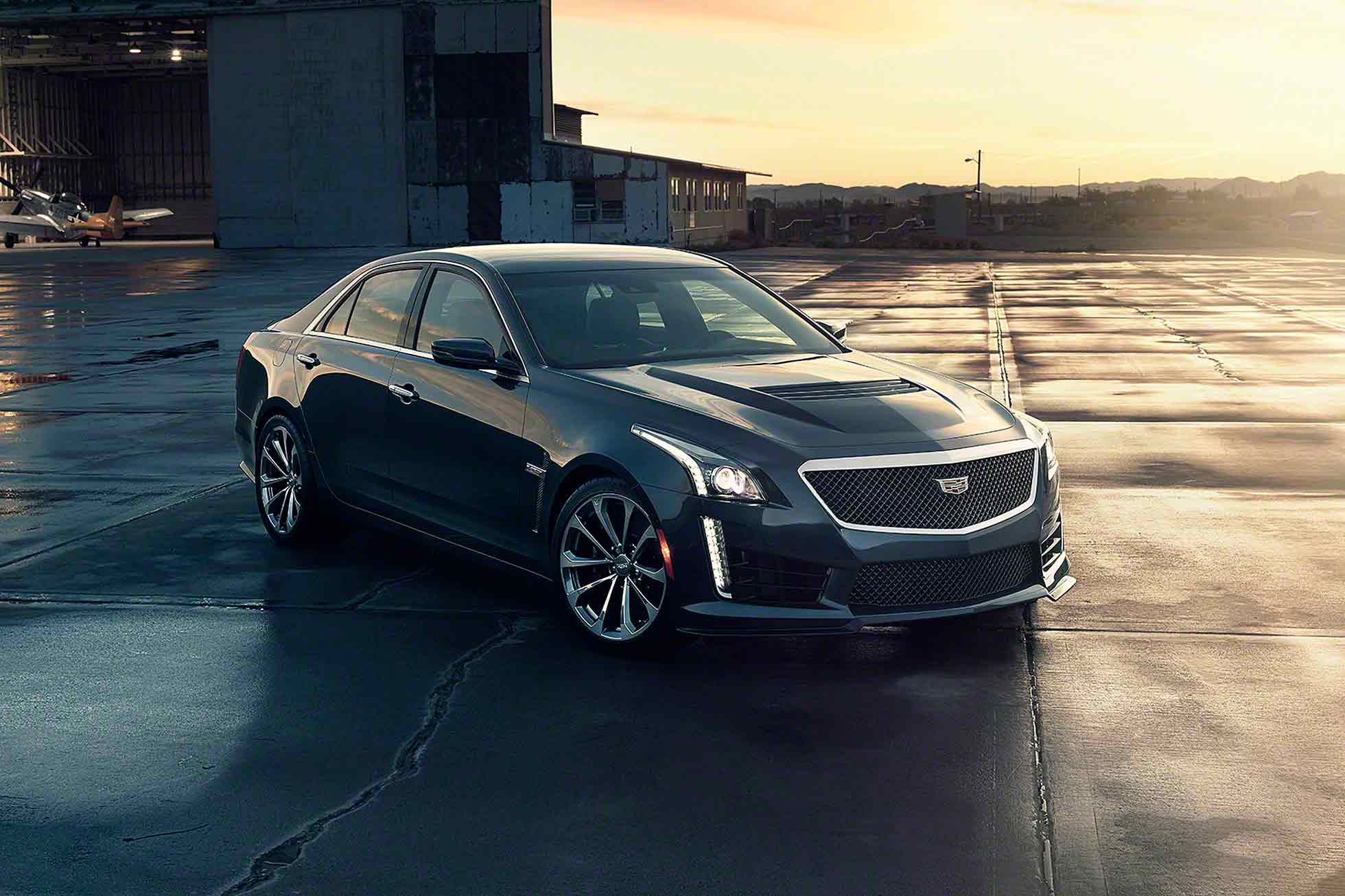 Cadillac has revealed its new BMW M5-challenging CTS-V will produce an M5-topping 640hp when it launches in late summer 2015.

It thus becomes the most powerful Cadillac ever – and it’s good for a top speed, reckons Cadillac, of 320km/h. That’s 199.2mph.

Thanks to a little rounding magic, though, it makes the new CTS-V a potential 200mph machine. Given the PR potential for such a headline-grabbing achievement, Cadillac’s almost certain to make this official – and if it could just squeeze the top speed to 325km/h, then 200mph+ status would be achieved…

The supercharged 6.2-litre V8 engine from the Corvette Stingray Z06 powers the new CTS-V; courtesy of a paddleshift eight-speed automatic, it accelerates from 0-60mph in 3.7 seconds.

Adding to the performance brand name arsenal, Recaro sports seats can be fitted with “aggressive” adjustable bolsters to hold front passengers in place. Even as standard, they are electrically adjustable in a remarkable 20 directions.

Cadillac has even fitted HD video recording tech as part of the Performance Data Recorder: data overlays mean CTS-V owners can demonstrate to all of their friends just how potent their new 640hp Cadillac actually is…

The new Cadillac CTS-V will be available in the US from late summer 2015; European sales (albeit not UK) will begin in early 2016.