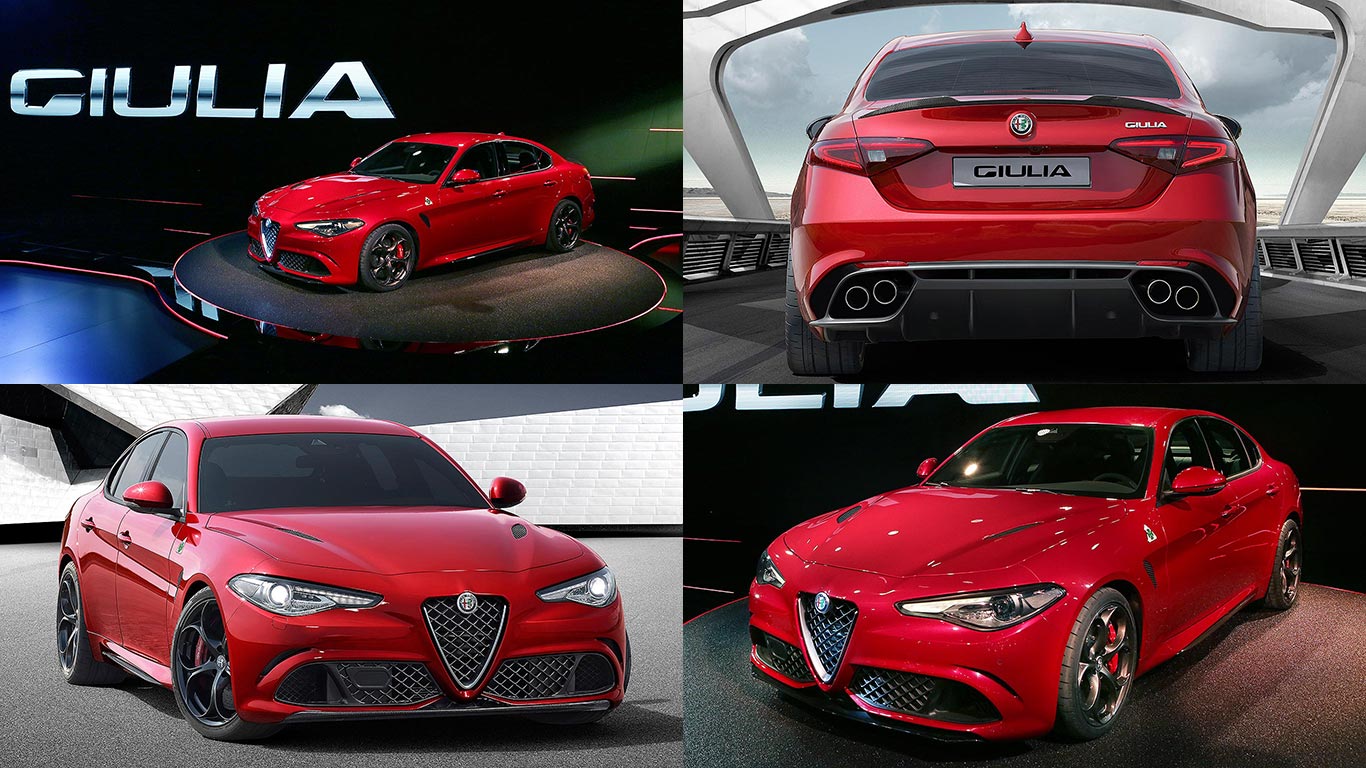 Alfa Romeo’s vital new Giulia four-door saloon has been revealed in a massive event in Italy. The car with the entire future of the brand resting on its shoulders, it’s been more than half a decade in the making, but finally revealed here – in full! 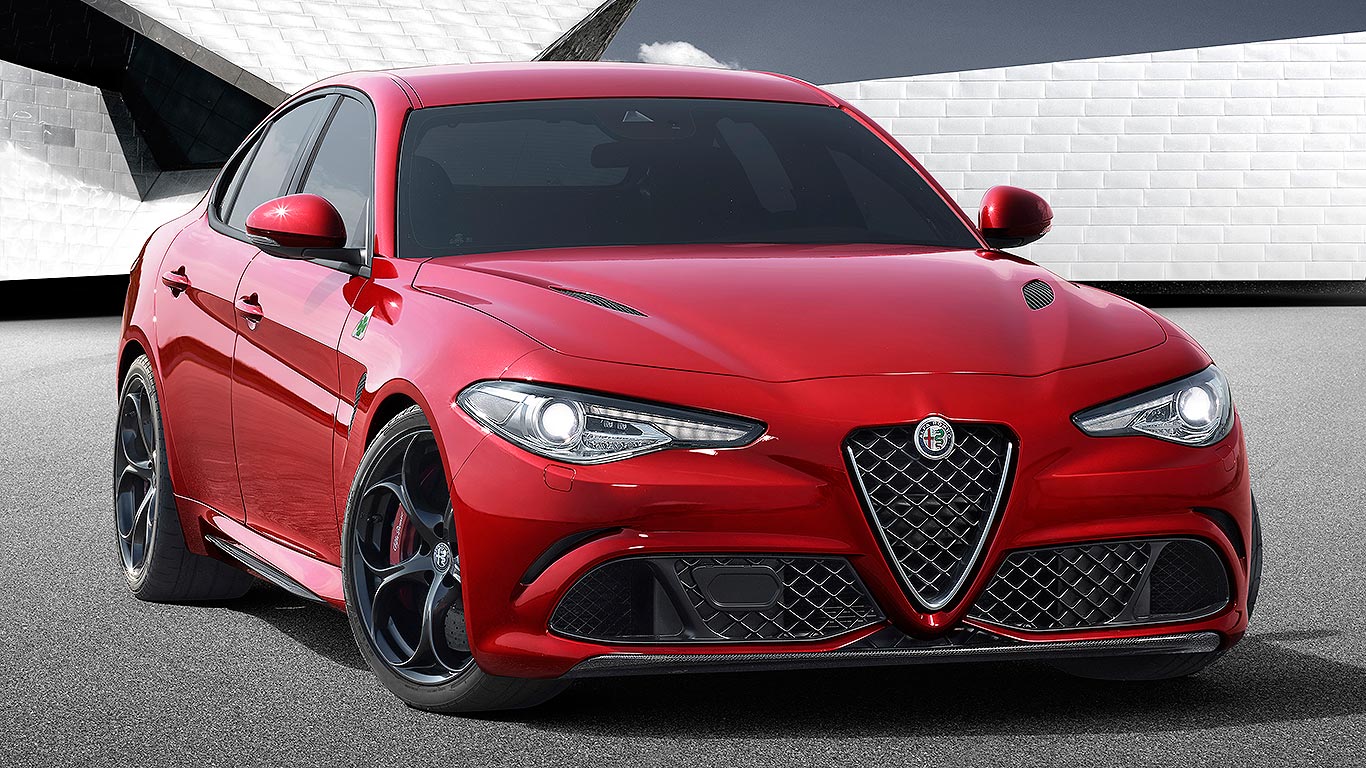 And this is how Alfa Romeo will take on the 3 Series: with the striking new Giulia saloon. Unashamedly sporting, it’s a very striking machine that is certain to give the competition something to think about. First impressions? Very positive indeed… 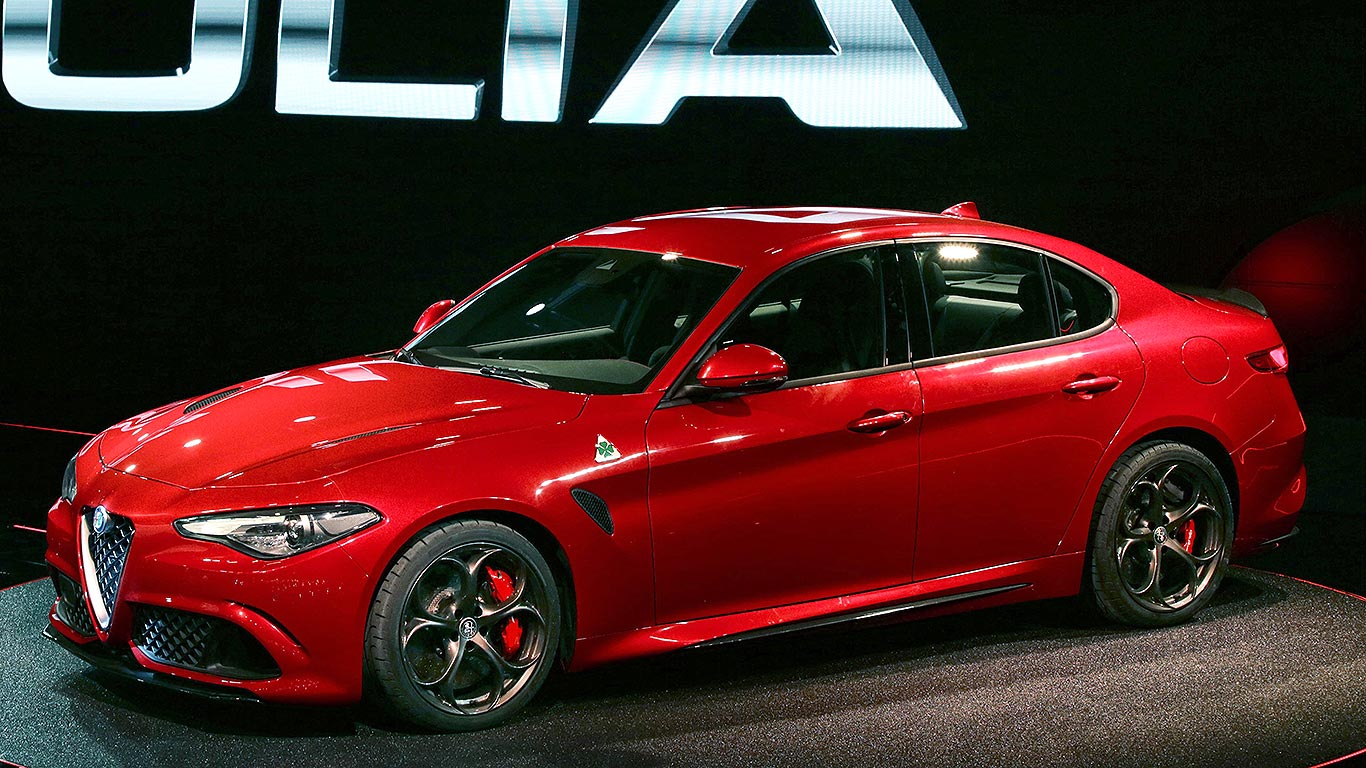 Just one look tells you the Giulia is a proper sports saloon. None of the subtlety of the German (and British) competition – Alfa’s gone all out with a long bonnet, short overhangs, huge air intakes and outlets, muscular wheelarches, a big grille and, for the range-topper, a genuine competition-style cloverleaf on the front wing.

What sort of car is the 2016 Alfa Romeo Giulia? 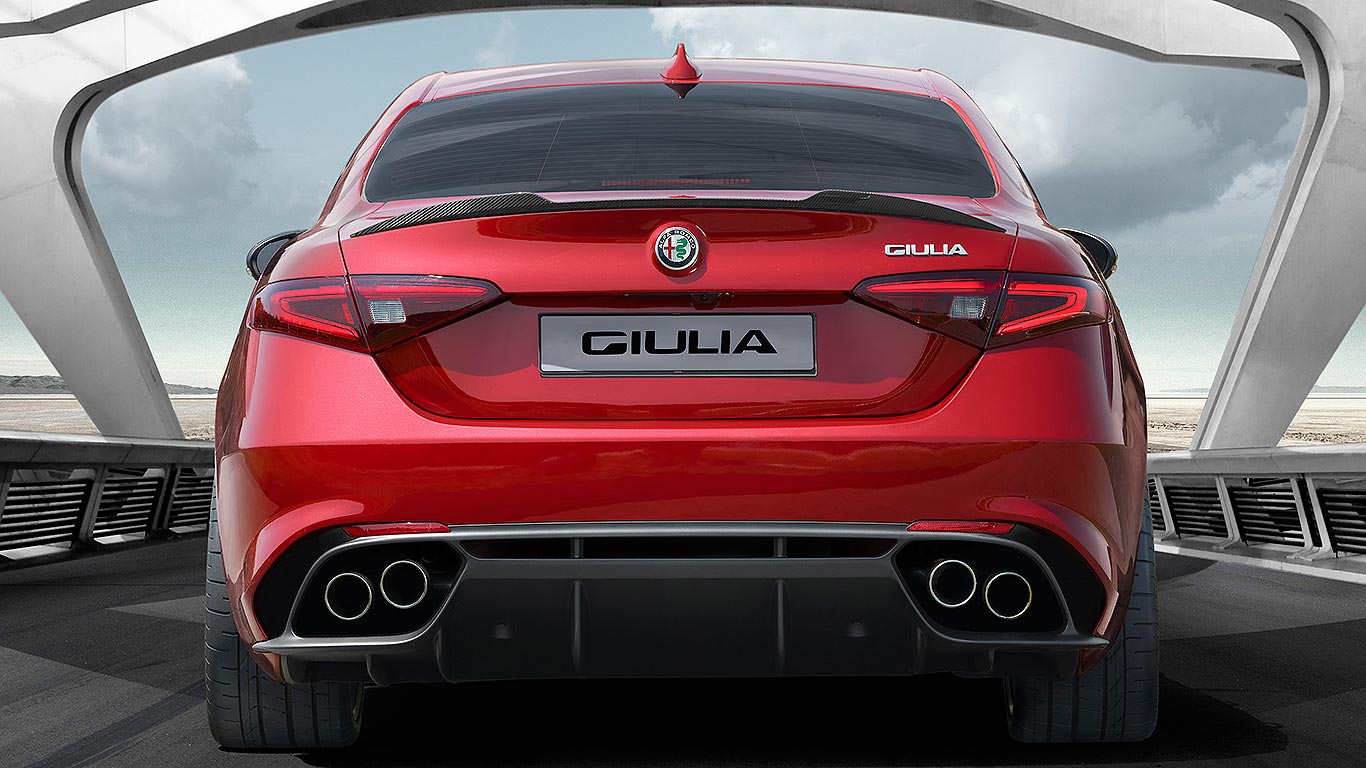 The Alfa Giulia is, joy of joys, a rear-wheel drive four-door saloon, in the classic manner followed by BMW, Jaguar and Mercedes-Benz. There’s an all-wheel drive version too, but even here, the focus will be on sportiness.

So this is Alfa Romeo’s BMW 3 Series? 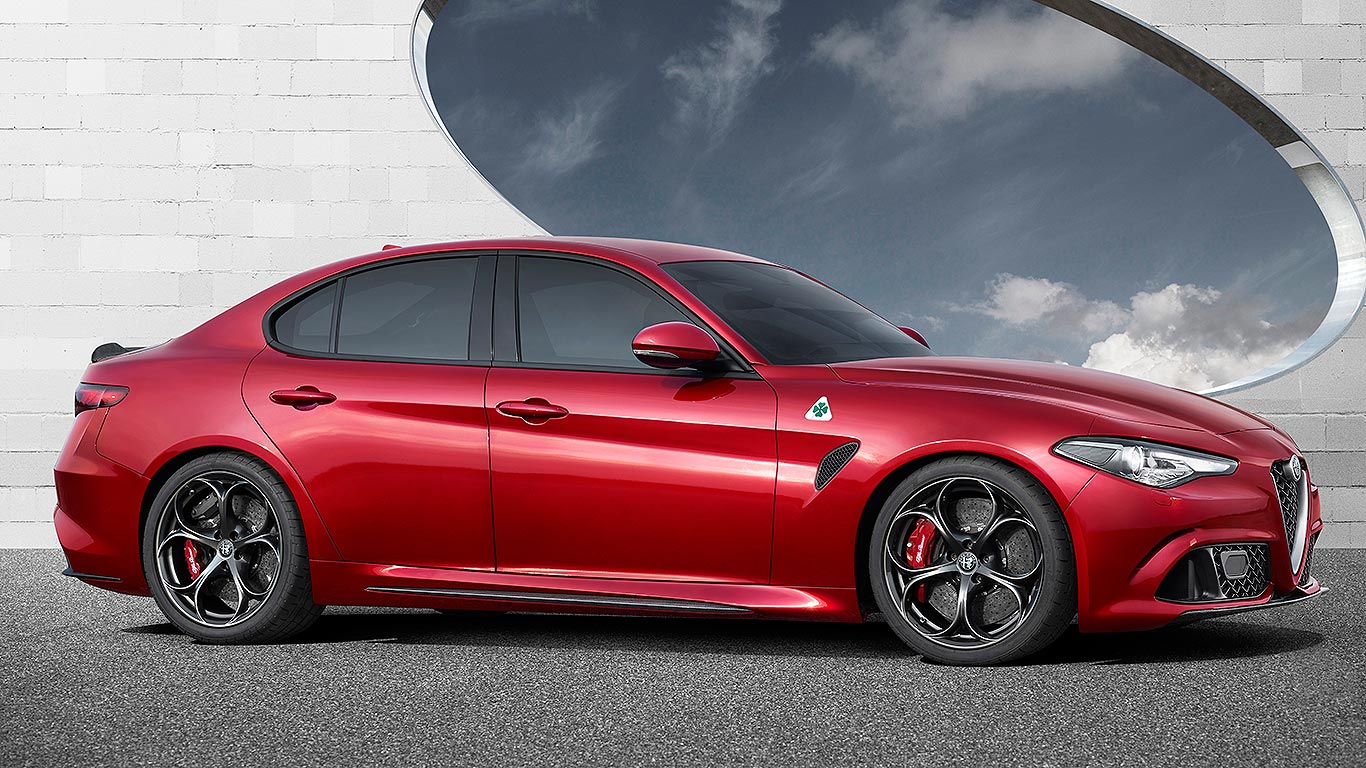 We should indeed call the Giulia Alfa’s 3 Series. And Alfa’s being bold in claiming it can take on the 3 Series in the area it masters – driving dynamics. 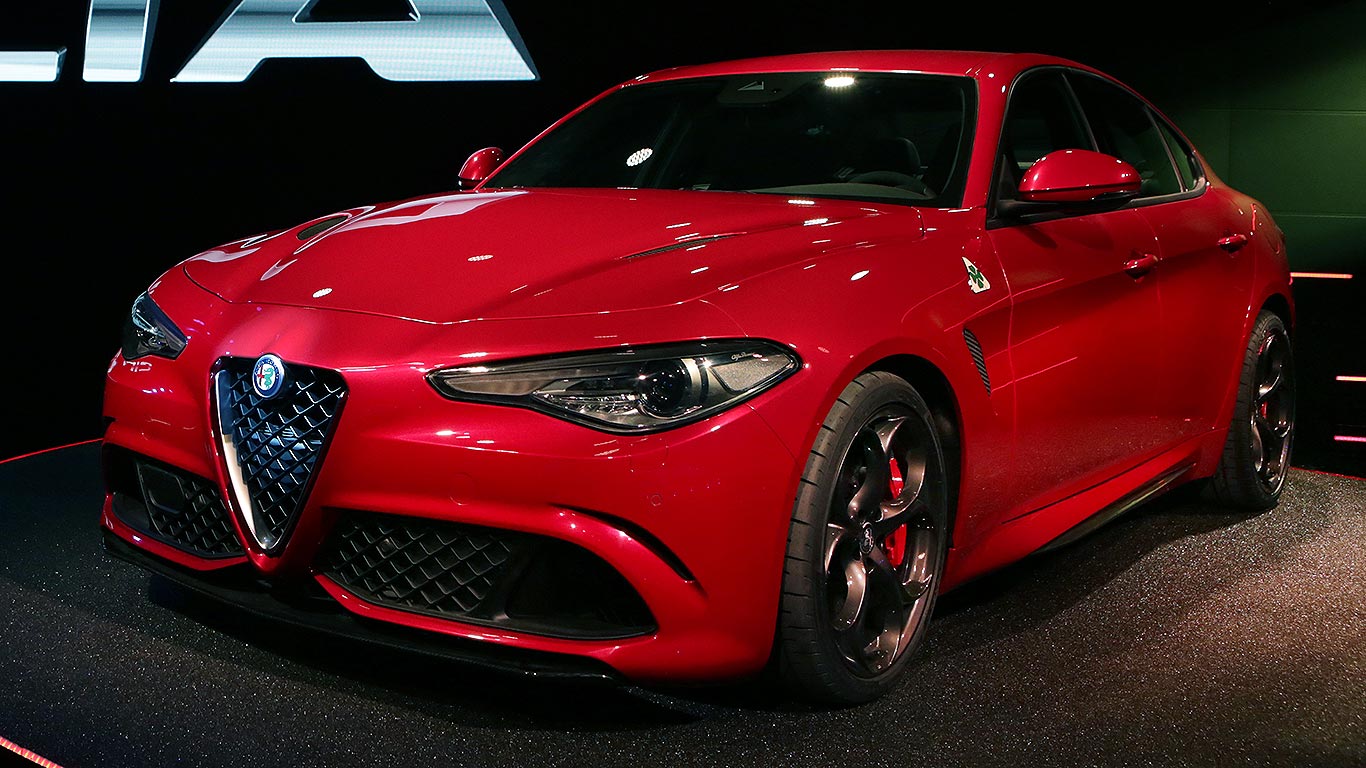 With the fastest steering in its sector, bespoke double wishbone front suspension, perfect 50/50 weight distribution and the best power-to-weight ratio in this class, the ingredients are certainly there. Alfa’s disappointed in the past with how it’s tuned its cars, though: this has to be right.

Is Alfa targeting the BMW M3? 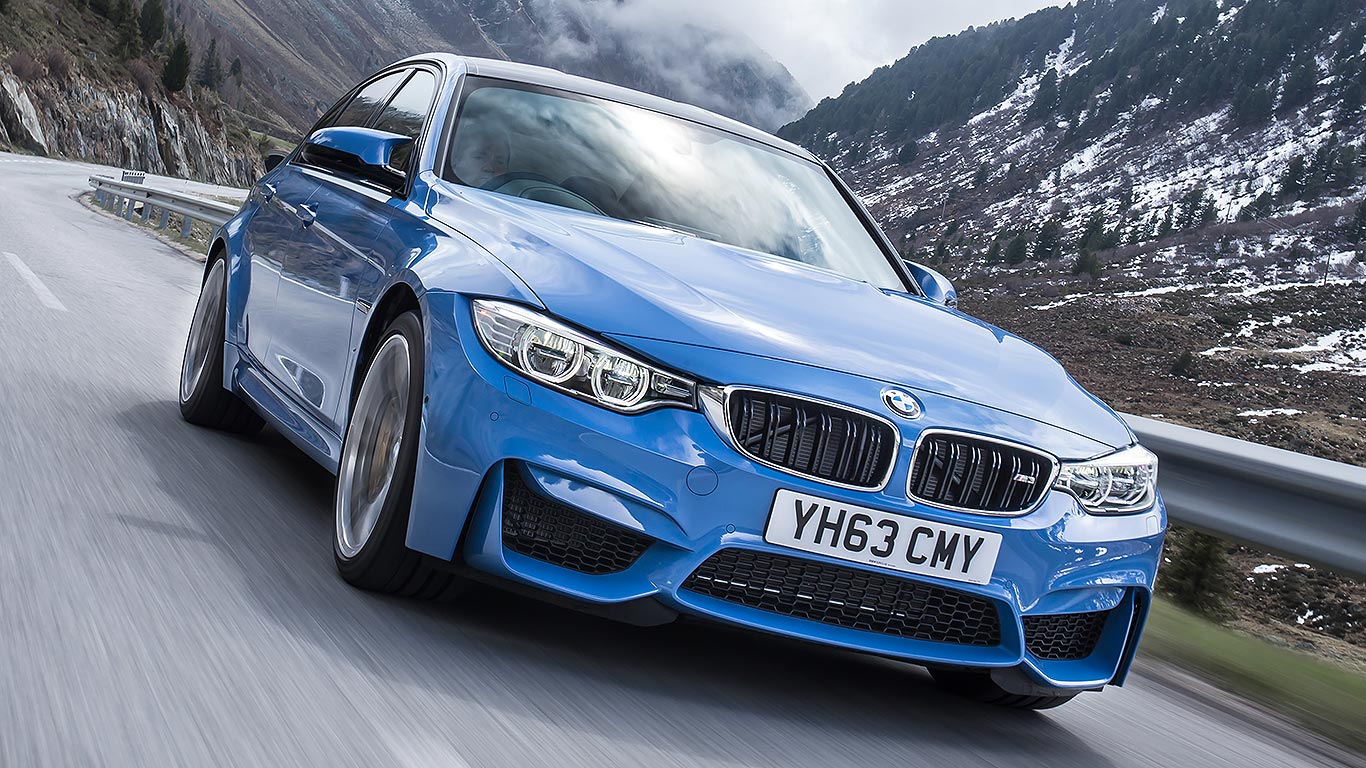 Surprise of the launch is the fact Alfa Romeo already has the BMW M3 in its sights! How? With a Ferrari-built 3.0-litre biturbo V6 Quadrifoglio Verde model, producing 510hp for 0-62mph in 3.9 seconds, that’s how. Wow!

Does the Giulia use any advanced materials? 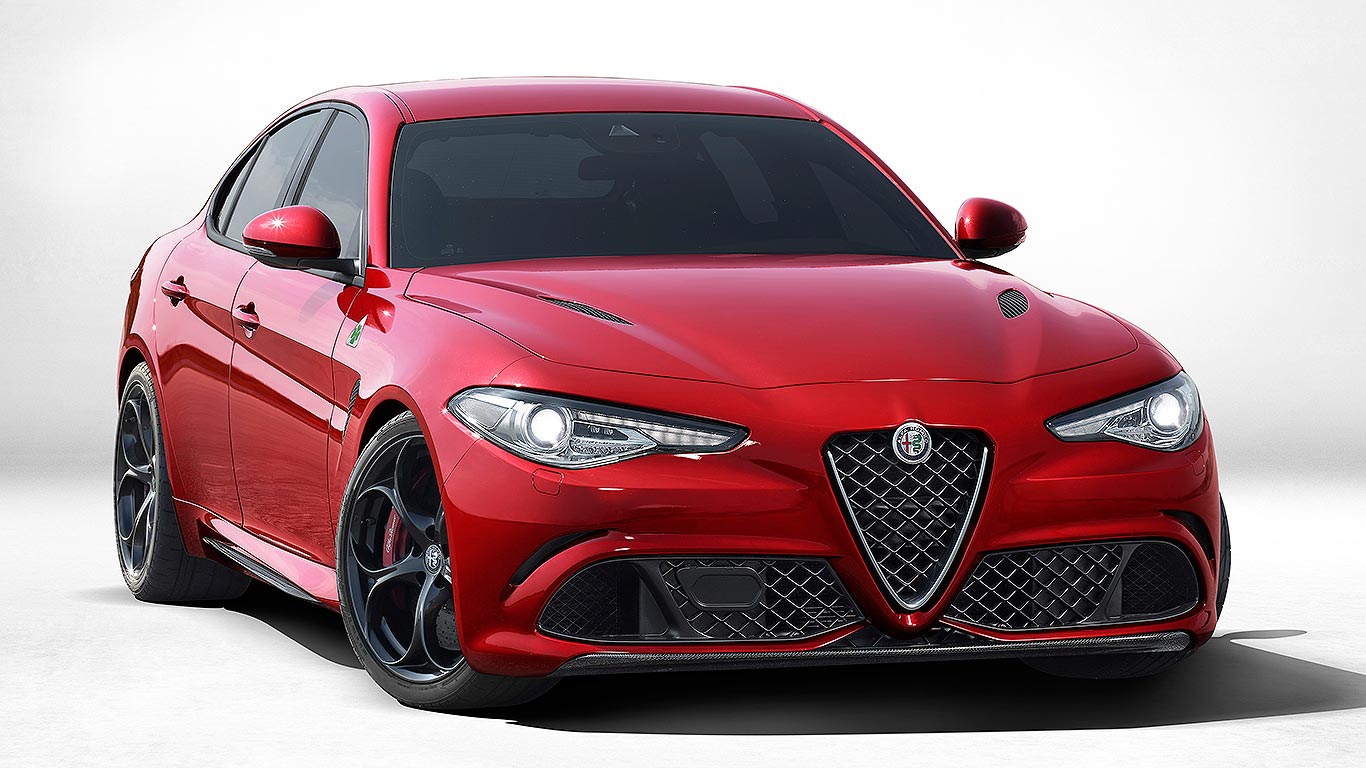 Alfa’s not spared any expense with the Giulia. To keep weight both down and well distributed, it has a carbon fibre propeller shaft, bonnet and roof, plus aluminium suspension, doors and wings. And expensive, thus promising, commitment.

What car does the 2016 Alfa Romeo Giulia replace? 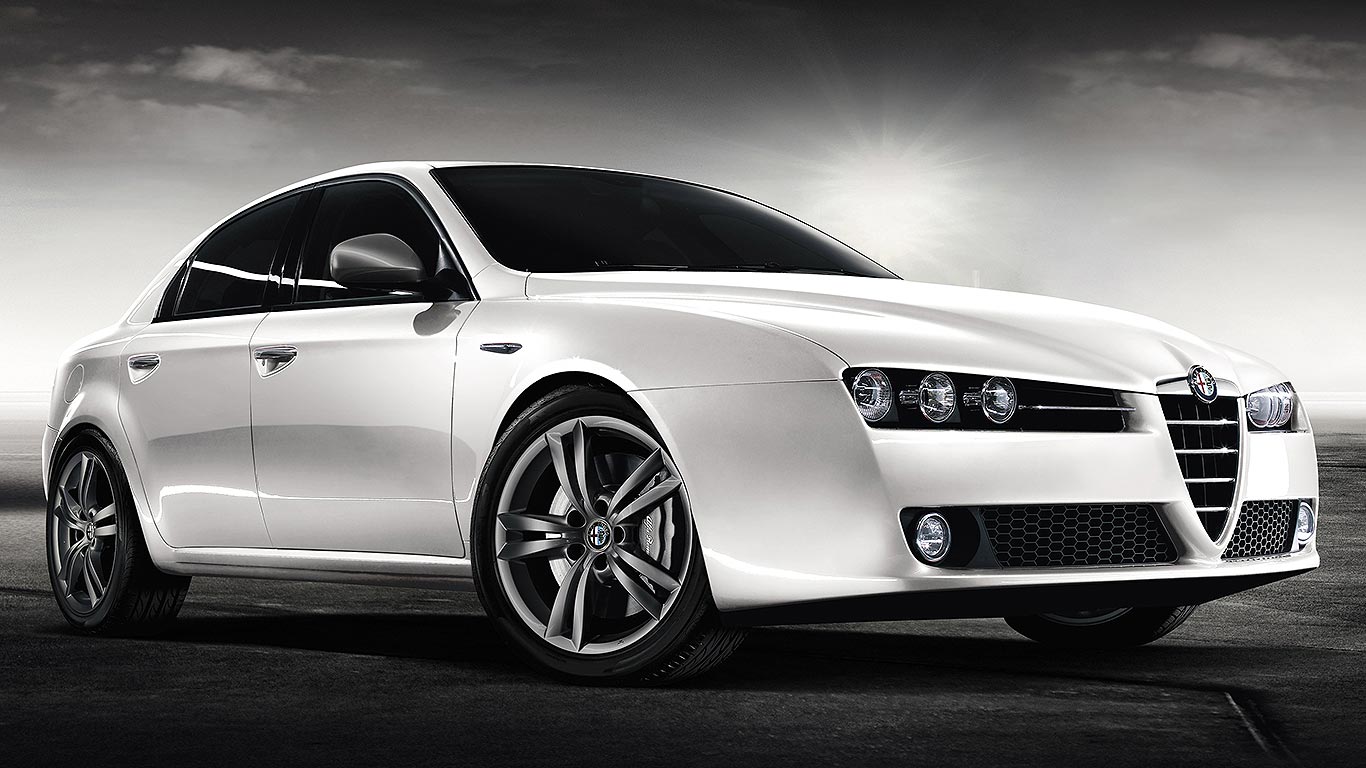 The new Alfa Romeo Giulia replaces the long-deceased 159. Although not a bad car, it still disappeared ahead of time in Britain in 2011, through simple lack of buyer interest. 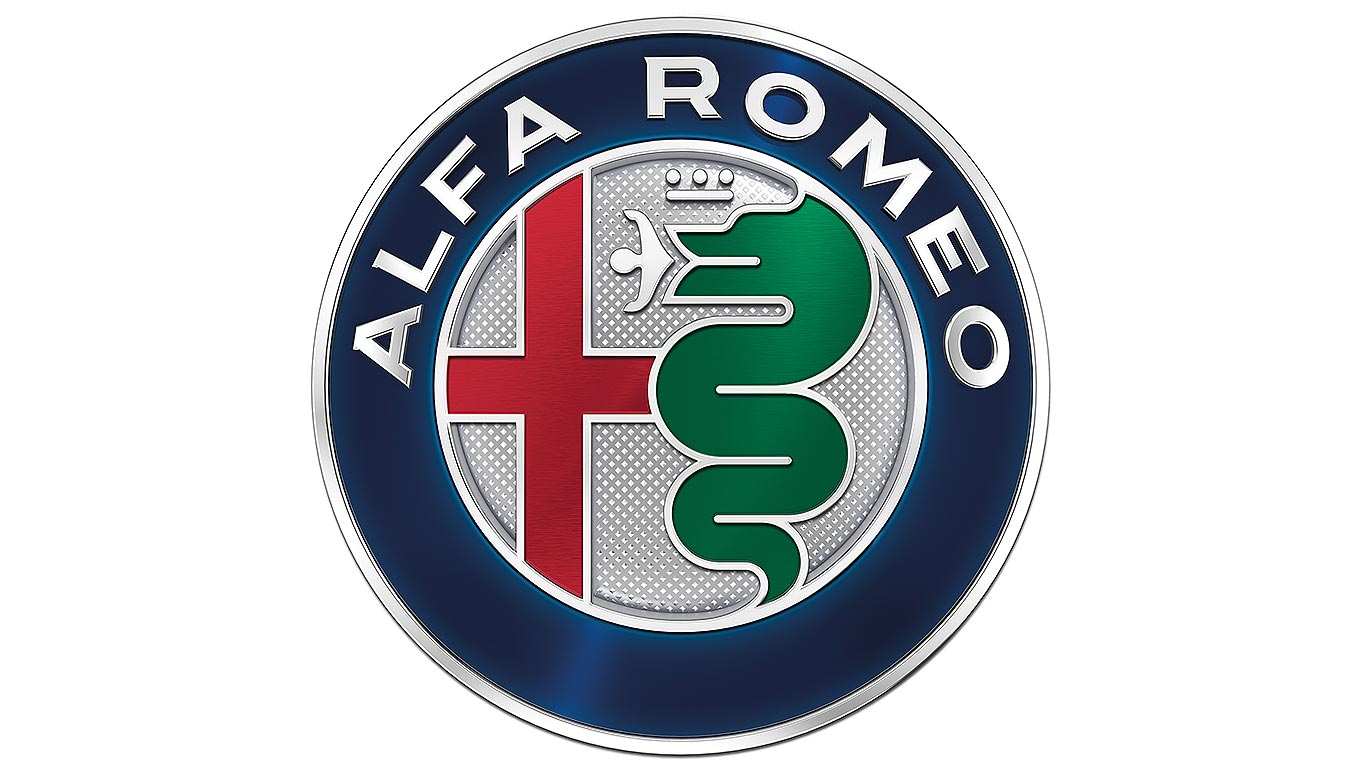 Alfa’s redesigned its badge, but don’t worry – the little man is still there being eaten by the serpent. Around the outside, though, the Alfa Romeo script has been modernised.

What about the Giulia name? 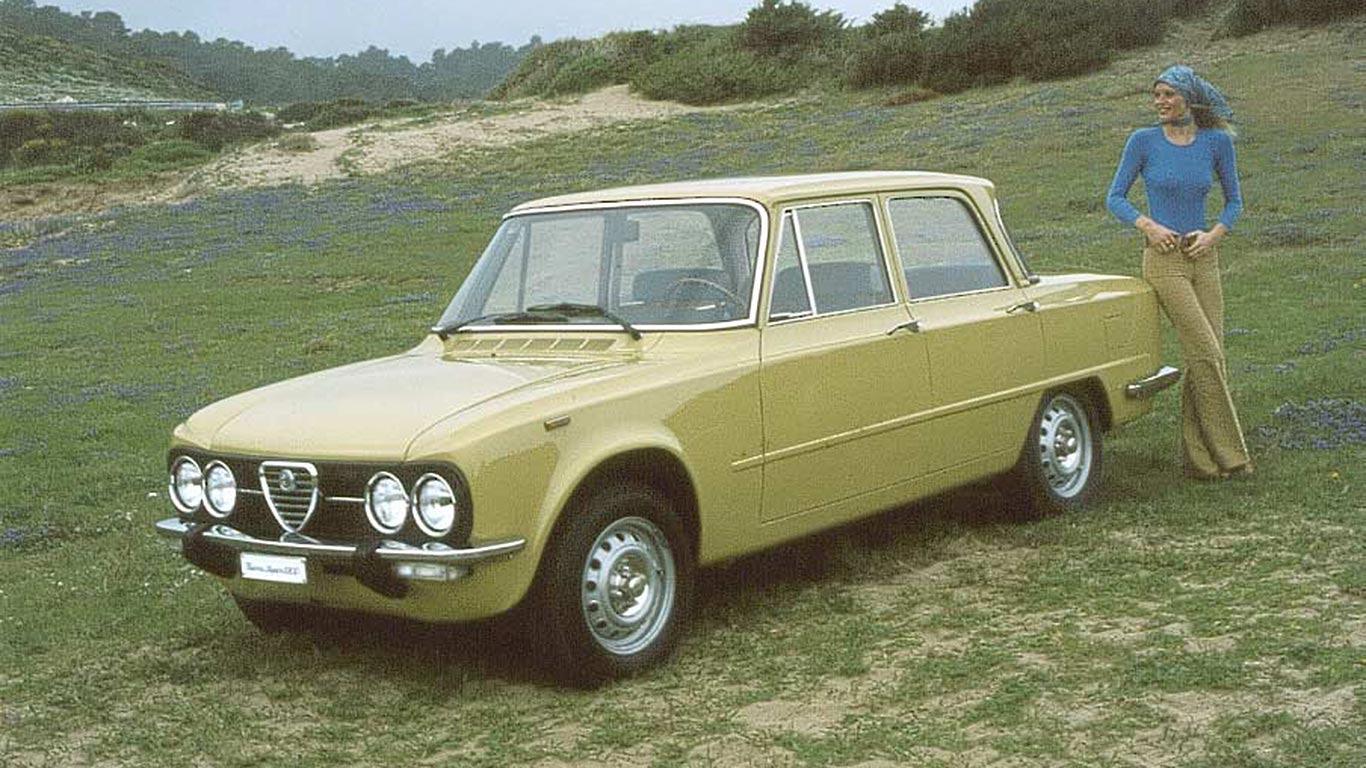 Alfa’s been through its back catalogue for the Giulia name – pronounce it as you’d say ‘Julia’. THe firm’s hoping this modern version will have the same success as the lovely original.

How important is the Giulia to Alfa Romeo? 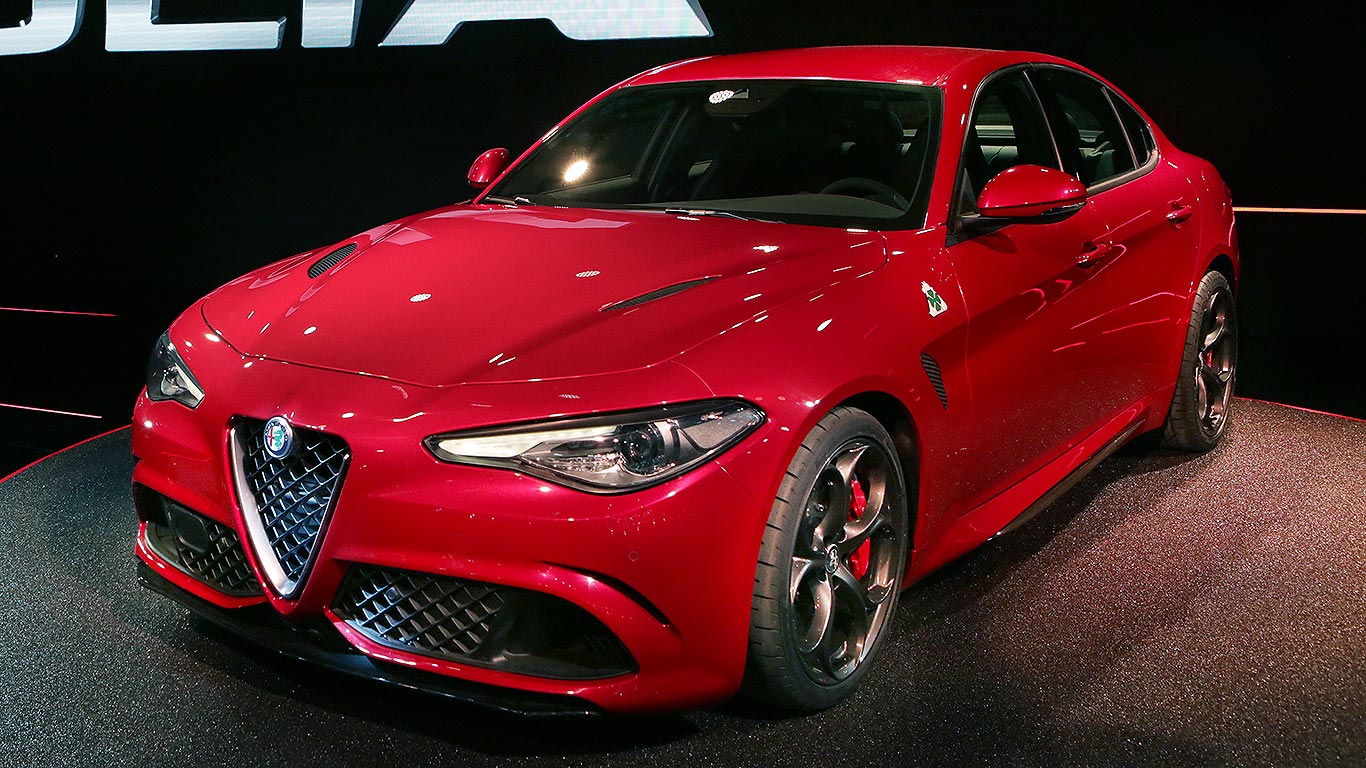 When does the 2016 Alfa Romeo Giulia go on sale? 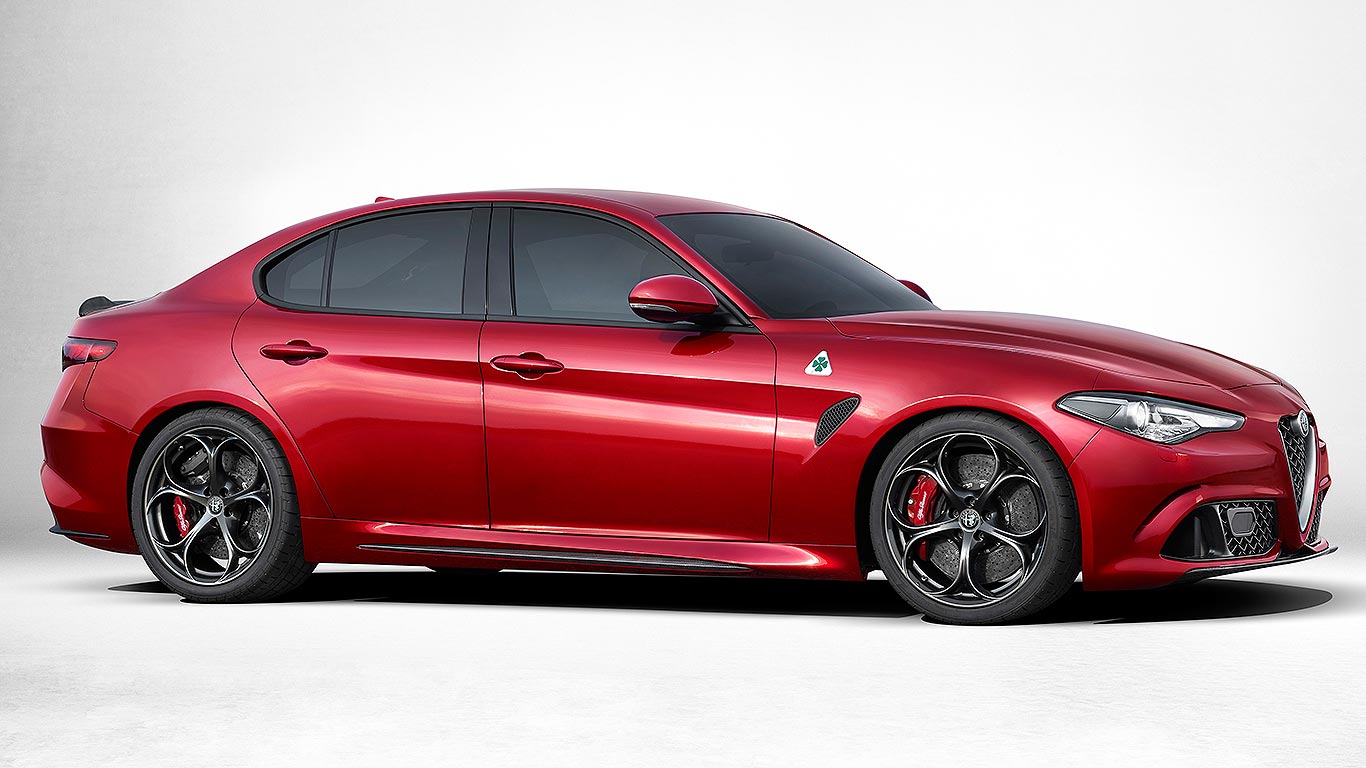 The new Giulia goes on sale in early 2016. Perfectly timed to take advantage of familiarity with the current crop of 3 Series, A4, C-Class and XE?

Anything else we need to know about the 2016 Alfa Romeo Giulia? 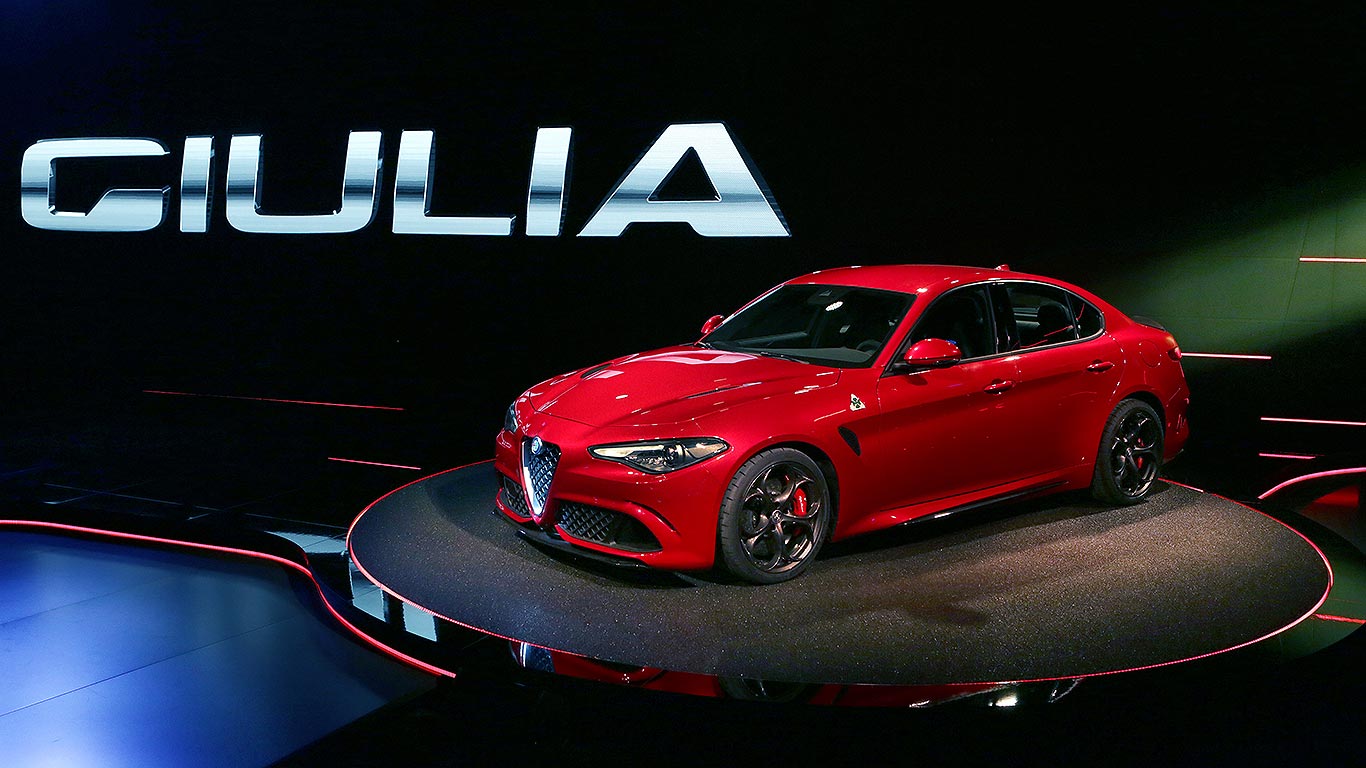 Simply put, this is the single most important car Alfa has ever made in its 105-year history. We’re going to be hearing a lot about the new Alfa Romeo Giulia in the build up to its 2016 launch, and rightly so. Over to you: does it cut the mustard?

NSU Ro80: the car that killed the company

A starting price for the Land Rover Defender 90 has been announced. This follows the launch of the pricier five-door Defender 110.
Read more
Car News

Only 1 in 5 drivers in favour of green number plates

As the government launches a consultation on the introduction of green number plates for electric vehicles, only a fifth of drivers support the idea.
Read more
Car News

No-deal Brexit would be CATASTROPHIC for British car firms

Priced from £175,100, the new Bentley Continental GT Convertible is a luxurious and refined way for four people to travel roof-down at 207mph
Read more
Car News

Petrol and diesel ban could be brought forward to 2030

The government may consider moving the ban on new petrol and diesel car sales forward yet again, possibly to 2030, to meet environmental targets.
Read more

Bamboozled by balloon payments, confused by conditional sales or puzzled by part-exchange? Our car finance jargon buster has the answers.
Read more
Advice