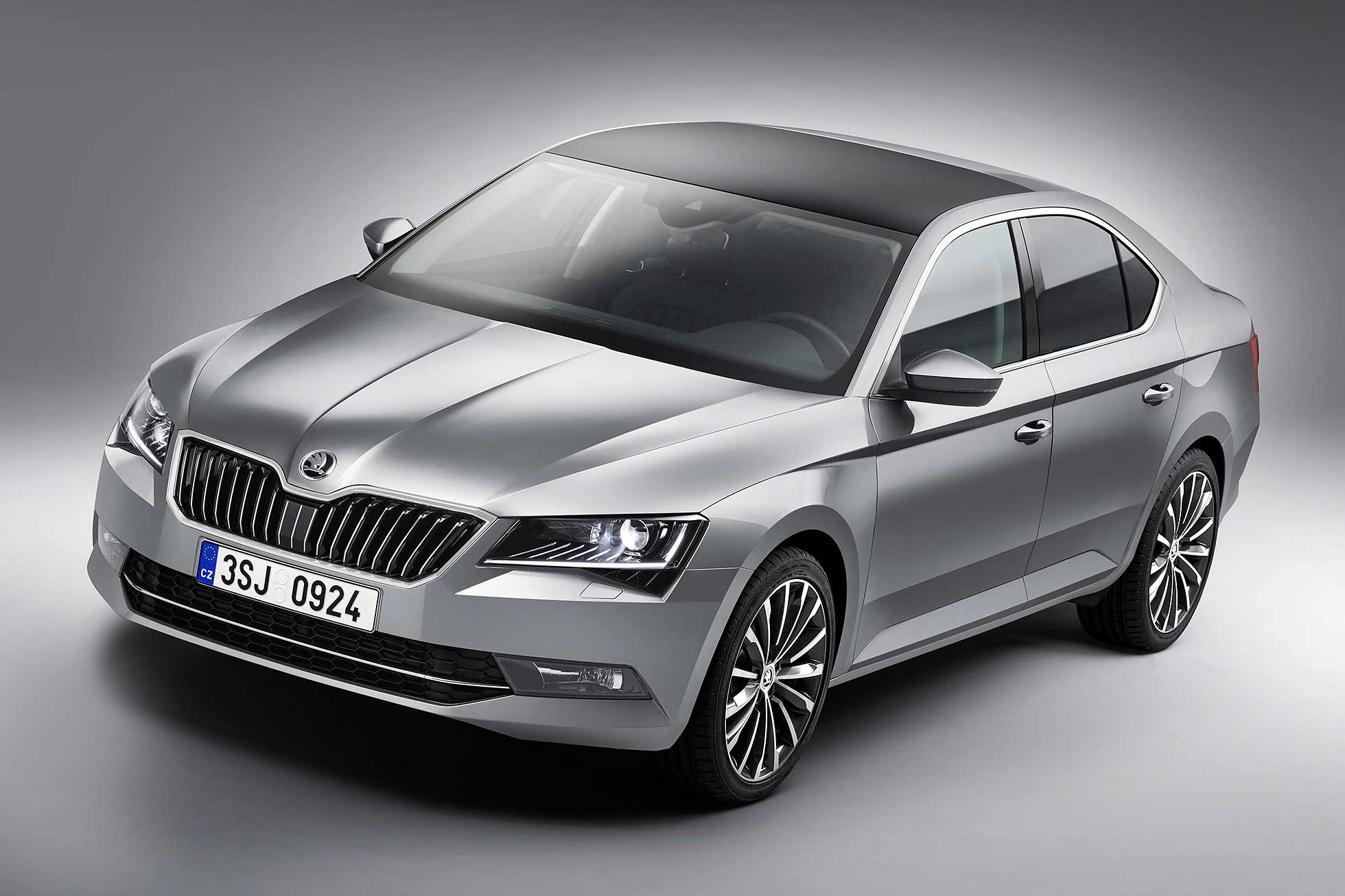 Skoda has revealed its all-new Superb flagship car in a lavish event in the Czech Republic fronted by soul star Chaka Khan.

A car that it says “revolutionises Skoda design”, the firm’s 2015 Geneva Motor Show highlight is yet another leap for the brand, that some are already saying compares favourably to premium executive cars such as the Audi A6.

Now firmly a hatchback model, rather than the saloon-hatch hybrid of the current car, the new Superb is based on Volkswagen Group MQB technology similar to that in the acclaimed new Volkswagen Passat. Skoda says it is the product of its largest-ever vehicle development programme and firmly moves the brand into the upper end of its sector. 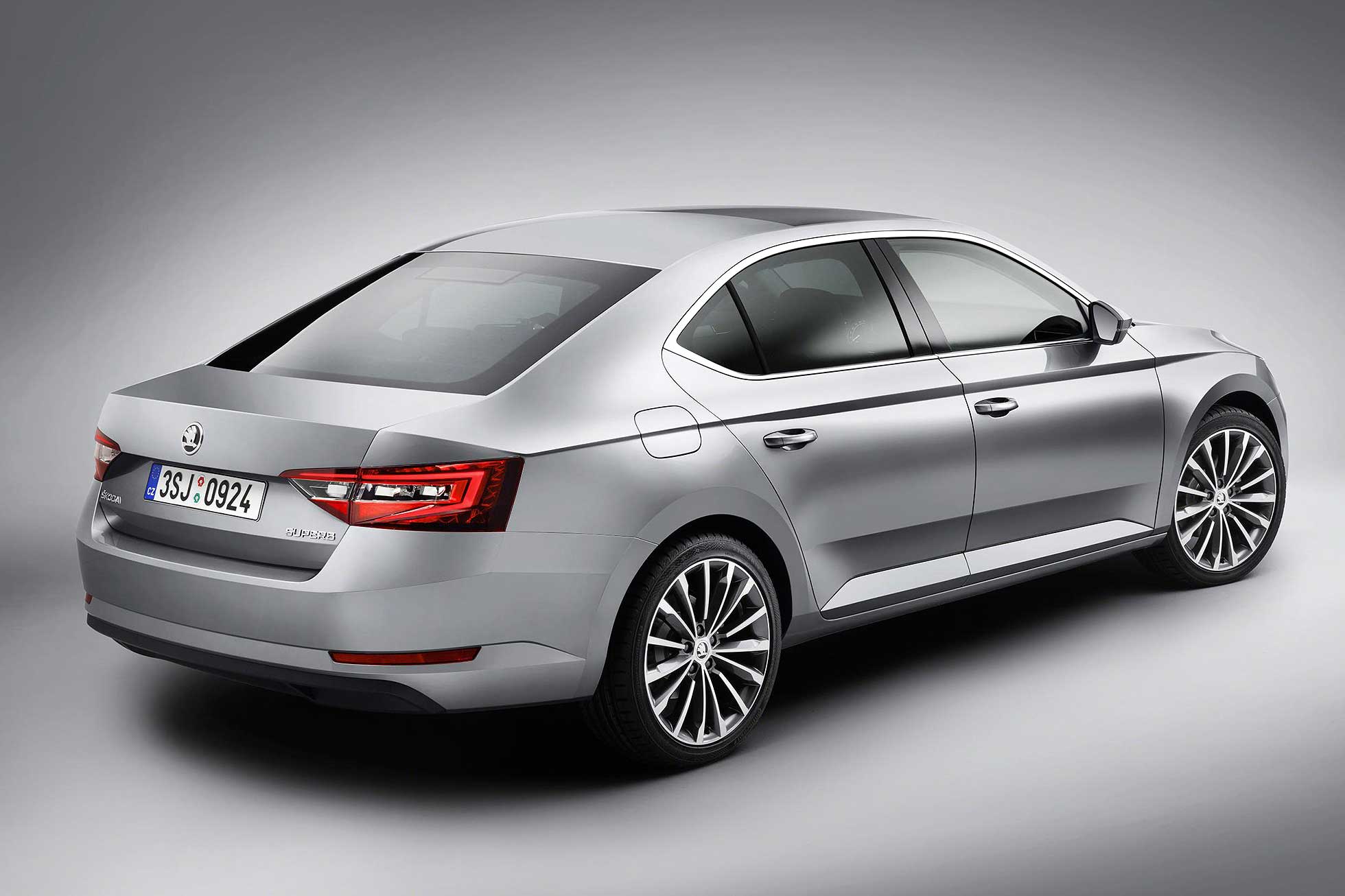 Influenced by the Skoda VisionC concept car, the new Superb has a precision-cut look that’s much more modern than the current car. Upmarket detailing abounds, particularly the complex headlights, contoured bonnet and narrow pillars. At the side, the sharp and contoured ‘tornado line’ adds further distinction, as does the trademark Skoda C-pillar shape in the rear door. 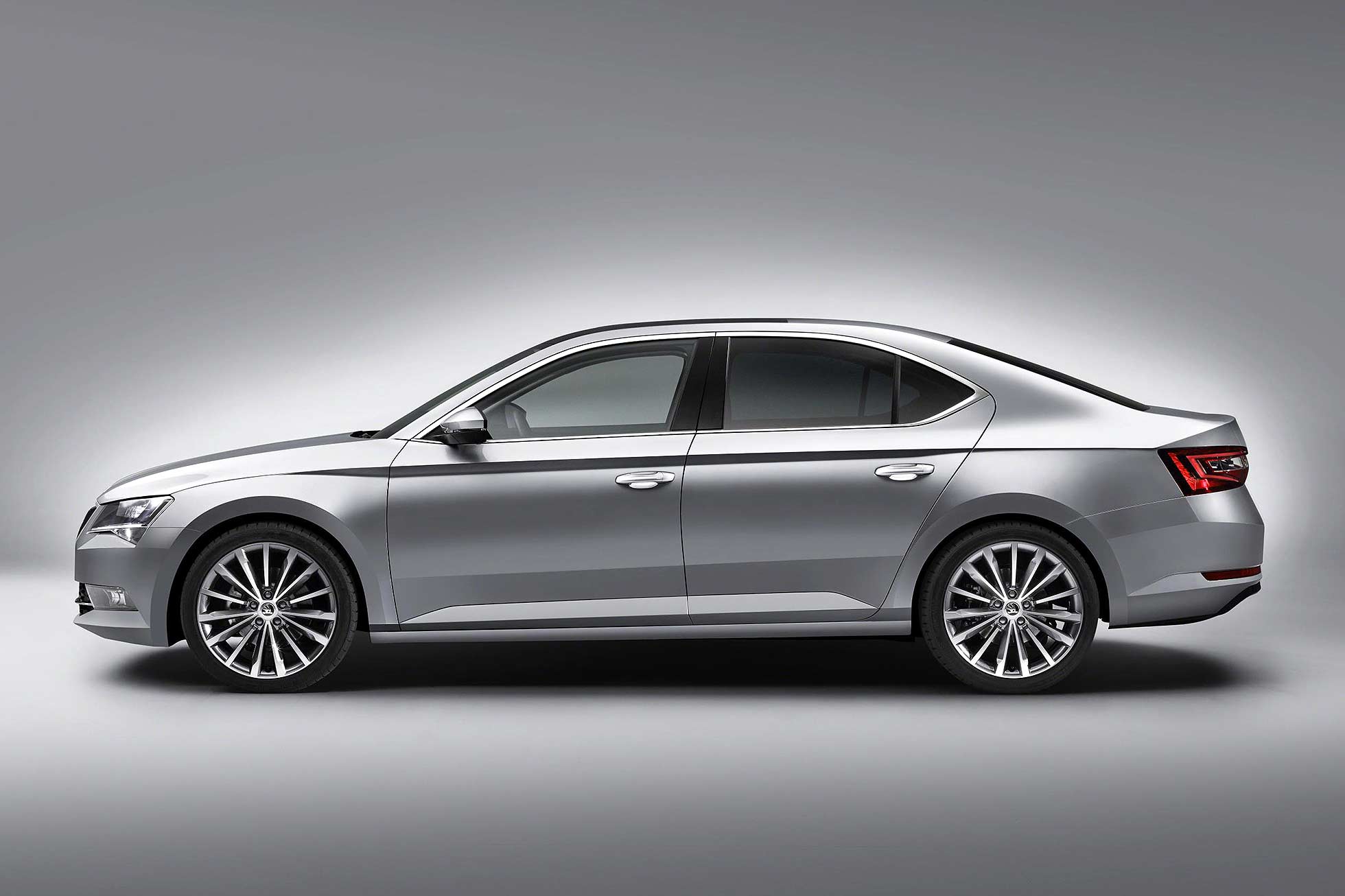 “The wheelbase has been increased by 80 mm and at the same time the front vehicle overhang is 61 mm shorter than before,” said Skoda head of design Jozef Kabaň. “This new architecture provides the car with dynamic elegance.”

The interior is simple but similarly premium-cut. It has four different infotainment systems, including one that brings internet access into a Skoda for the first time. It’s smartphone compatible too, with MirrorLink, Apple CarPlay and Android Auto technology: new Skoda SmartGate tech allows certain smartphone apps to use vehicle data such as location and fuel level. 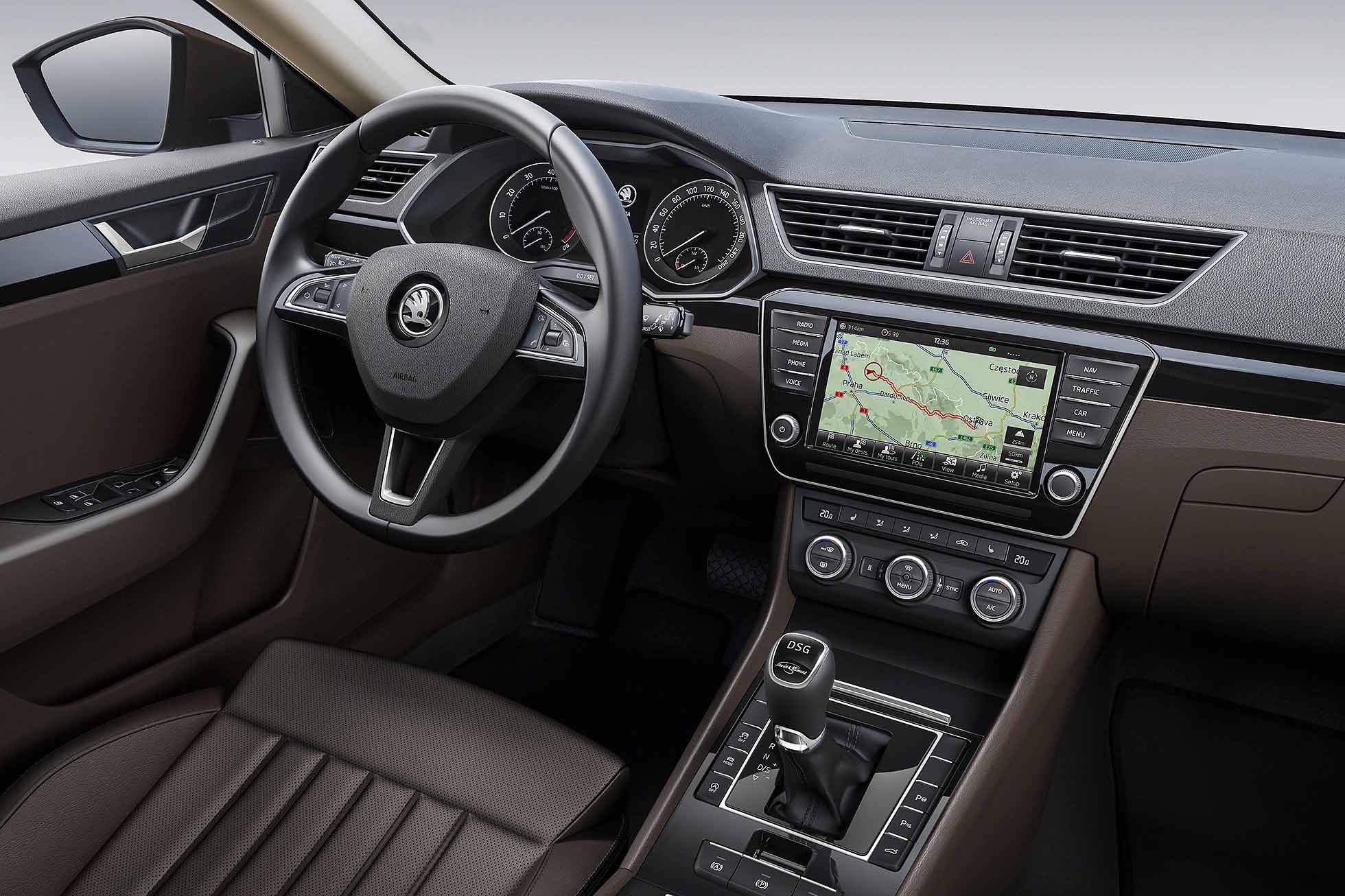 A Skoda Media Command app links to the car’s high-speed Wi-Fi hotspot and allows those in the rear to remotely control the infotainment system. A new premium 610W, 12-speaker Canton sound system is available.

No car in its class has more interior space, claims the firm (it has twice the rear legroom of its nearest rival!), and the new Superb is packed with nearly 30 details Skoda calls “simply clever” – from a tablet computer holder in the rear, a removable LED torch in the boot and cup holders that can be used with one hand. All four doors will hold big 1.5-litre bottles.

There are five TSI petrol and three TDI diesel engines available, all with engine stop-start and all but the base petrol offered with a DCT semi-auto gearbox. Four of them have an all-wheel drive option too.

The petrol engine range starts at 125hp and stretches to 280hp, diesels range from 120hp to 190hp. The car is up to 75kg lighter, further enhancing performance. 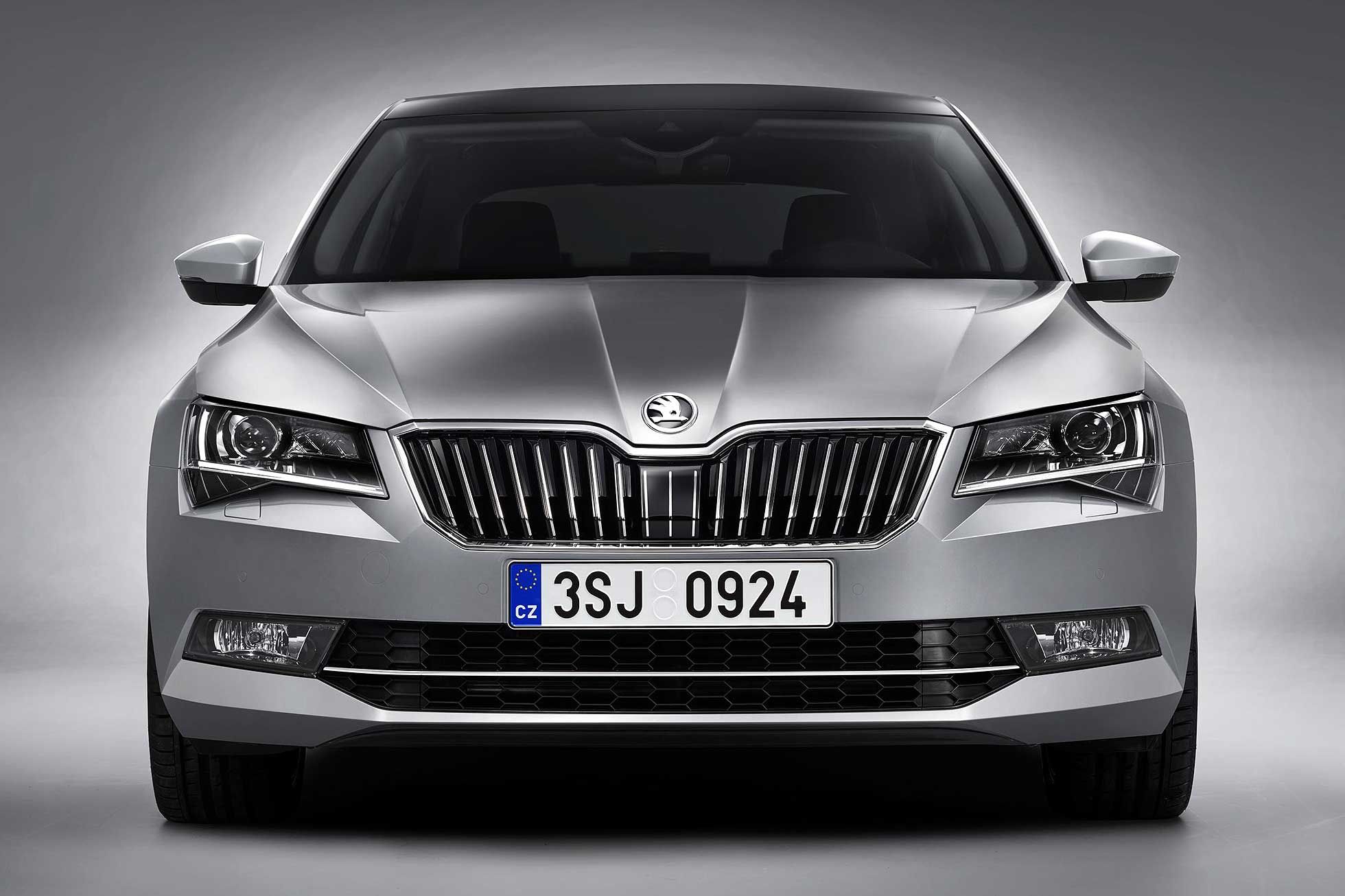 The new Superb is the third generation model; more than 700,000 versions of the first- and second-generation cars have been sold – it’s been a big success for the brand.

“In recent years, we have renewed and expanded our model range. The new Skoda Superb demonstrates our aspirations in the automotive mid-class.

“In terms of creativity and technology, it reaches a new level of performance, shows Skoda’s reclaimed position and leads the way into the future of the brand.”

Prices for the new Superb, which arrives in the UK this autumn, are expected to start from around £20,000.