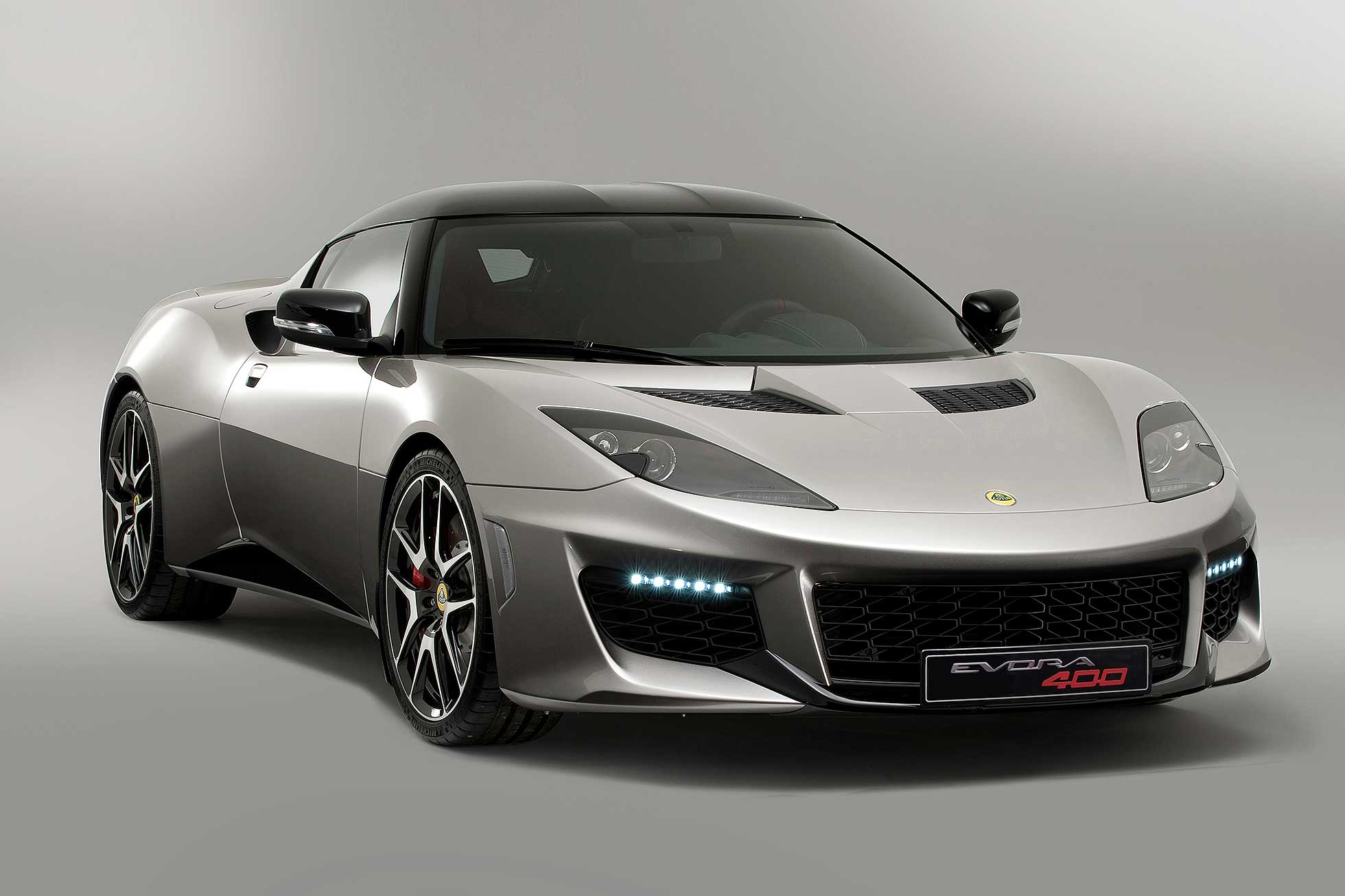 Lotus has revealed a heavily revised Evora 400 range-topper that is the fastest, most powerful production car the illustrious firm has ever made.

A surprisingly and impressively fulsome upgrade for the firm’s range-topping model, the Evora 400 is set to make its public debut at the 2015 Geneva Motor Show.

Its 3.5-litre supercharged V6 has been uprated to 400hp, delivering a 186mph top speed and 0-62mph in just 4.2 seconds. A new centre-exit exhaust means it even sounds better – and there’s even now a button to open up the exhaust flaps for added volume.

Lotus says the new Evora 400 is so fast, it can lap its Hethel test track a staggering six seconds faster than the 355hp Evora it succeeds. 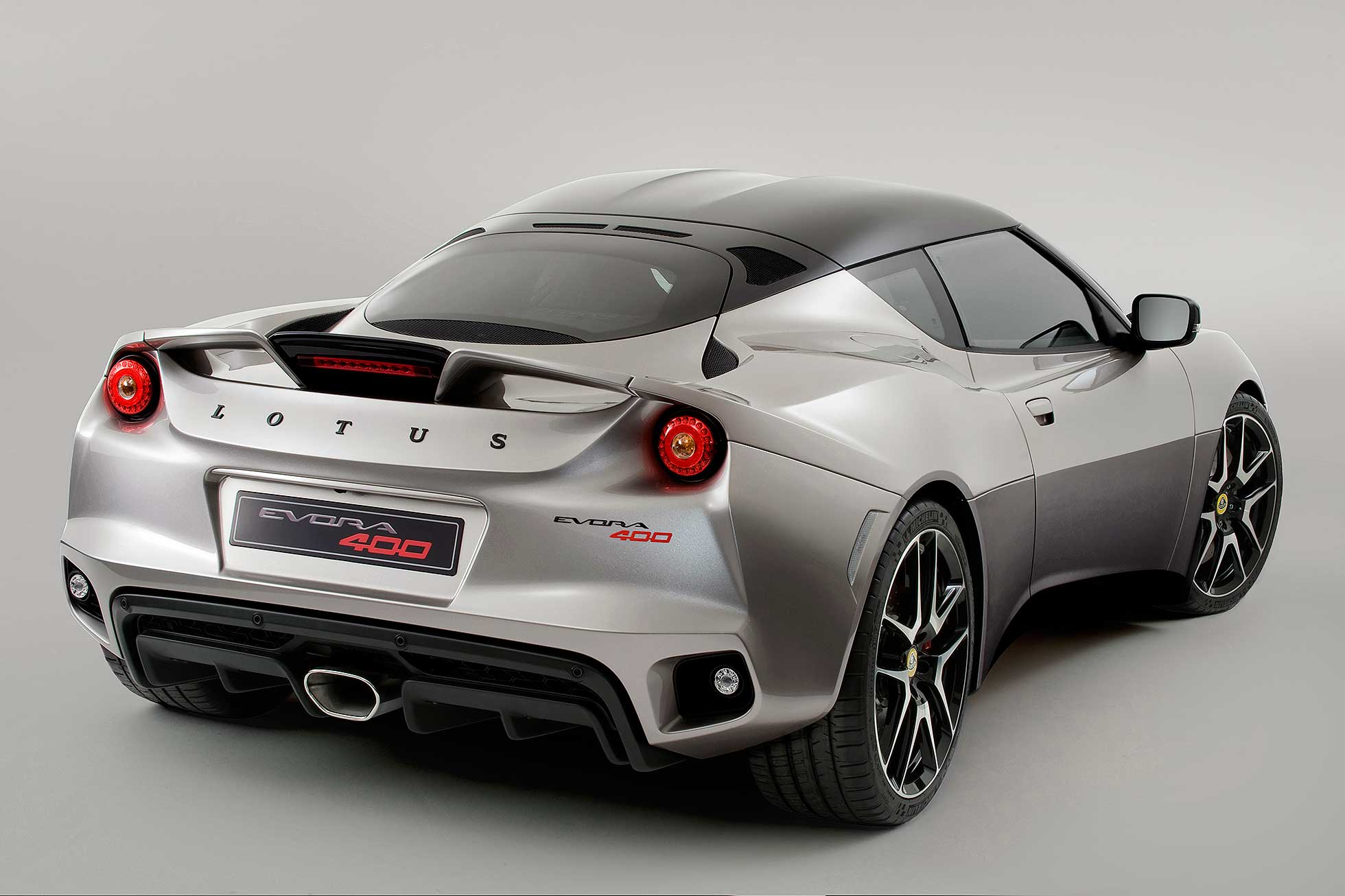 However, it’s the enhancements to styling and, in particular, the interior that’s the really big news here.

Stung by criticism the current Evora is a bit plain, Lotus has revised the Evora 400 with a bolder, sharper new front end. There are bigger cooling ducts, a crisper front bumper and distinctive new LED daytime running lights.

It’s taken the scalpel to the rear too, adding a three-element rear wing, new rear bumper incorporating the three inch wider exhaust, plus a composite diffuser.

Aero enhancements front and rear really work: at 150mph, the Evora 400 generates a hefty 32kg of downforce, around twice what the old car produced. 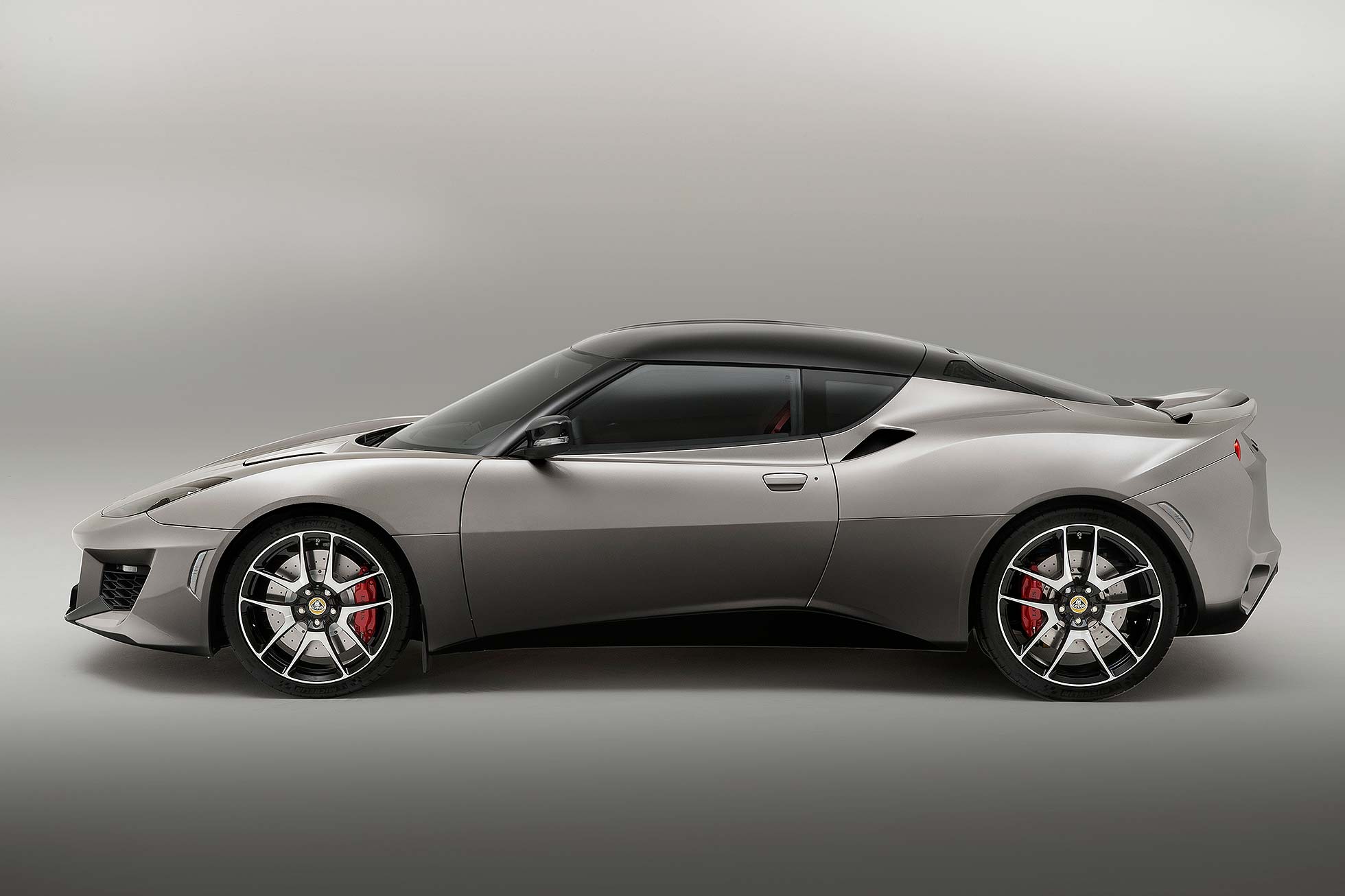 The interior has been overhauled too. For starters, it’s significantly easier to get in and out of: door panels have been resculpted and the sills are a massive 43mm narrower and 56mm lower (without, adds Lotus, affecting the car’s torsional rigidity). 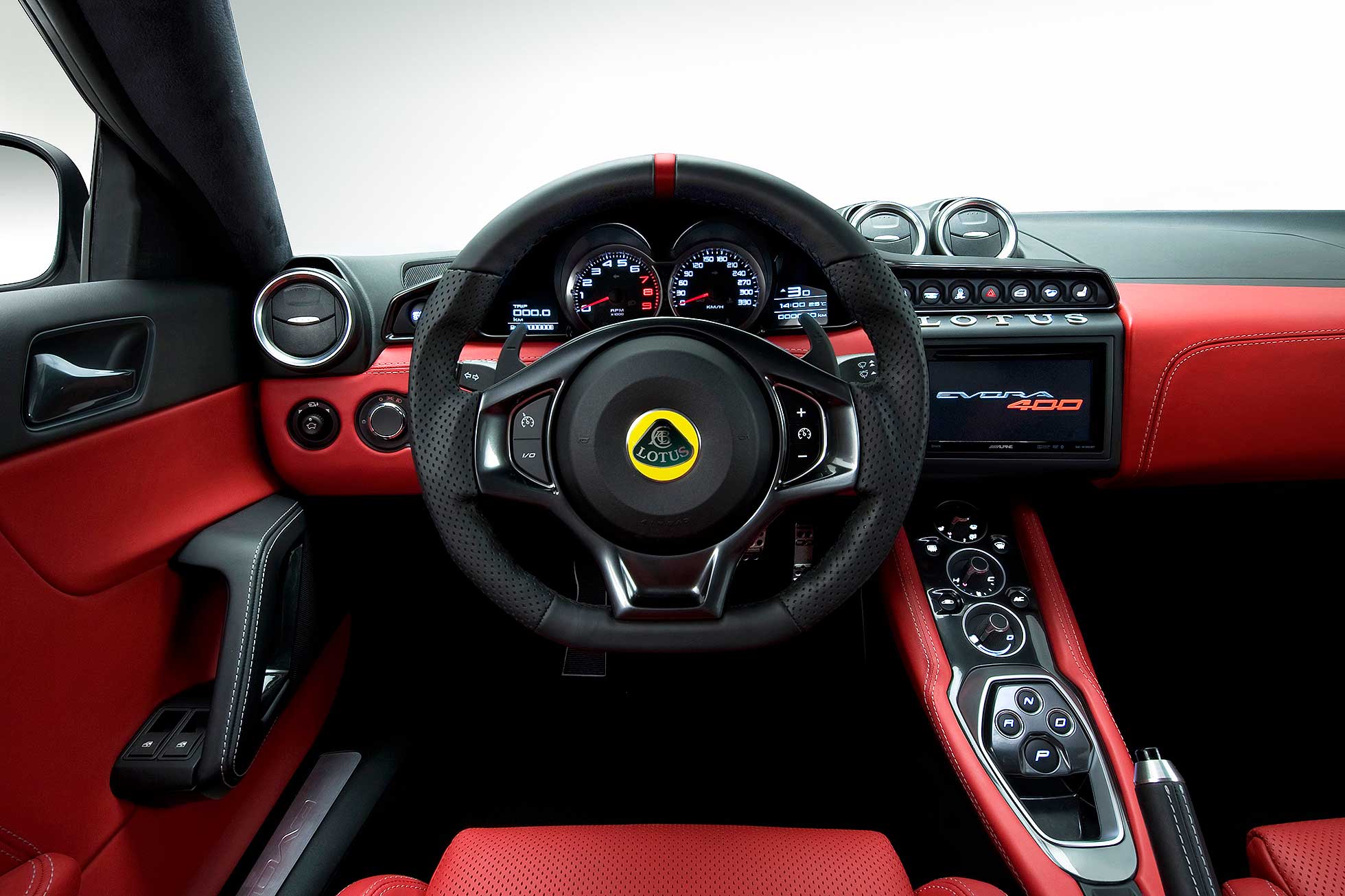 There are new seats, an all-new dashboard, new climate control system, new switches, new stereo… Lotus has sought to really lift the Evora 400 into the Porsche 911 arena and the interior enhancements are key here.

Of course, being a Lotus, handling hasn’t been forgotten: the firm has added a Torsen limited-slip differential, and revised both springs and dampers. It’s actually slightly lighter than the old Evora too – oh, and a little more fuel efficient.

Jean-Marc Gales, Group Lotus CEO, said: “A requirement for all Lotus cars is to be a benchmark for handling, to be the quickest car from A to B and to provide the driver with a pure and involving driving experience.

“The Evora 400 is the fastest road-going Lotus that we have ever produced, possessing performance that can only be matched by cars costing significantly more. It delivers supercar looks allied to supercar performance.”

“We have always said that to make a car better, you must make it faster and lighter. We have achieved this, of course, but we didn’t stop there, as the considerable number of changes in the interior, chassis, engine and body design have warranted emphatically, the title of a new Lotus Evora. 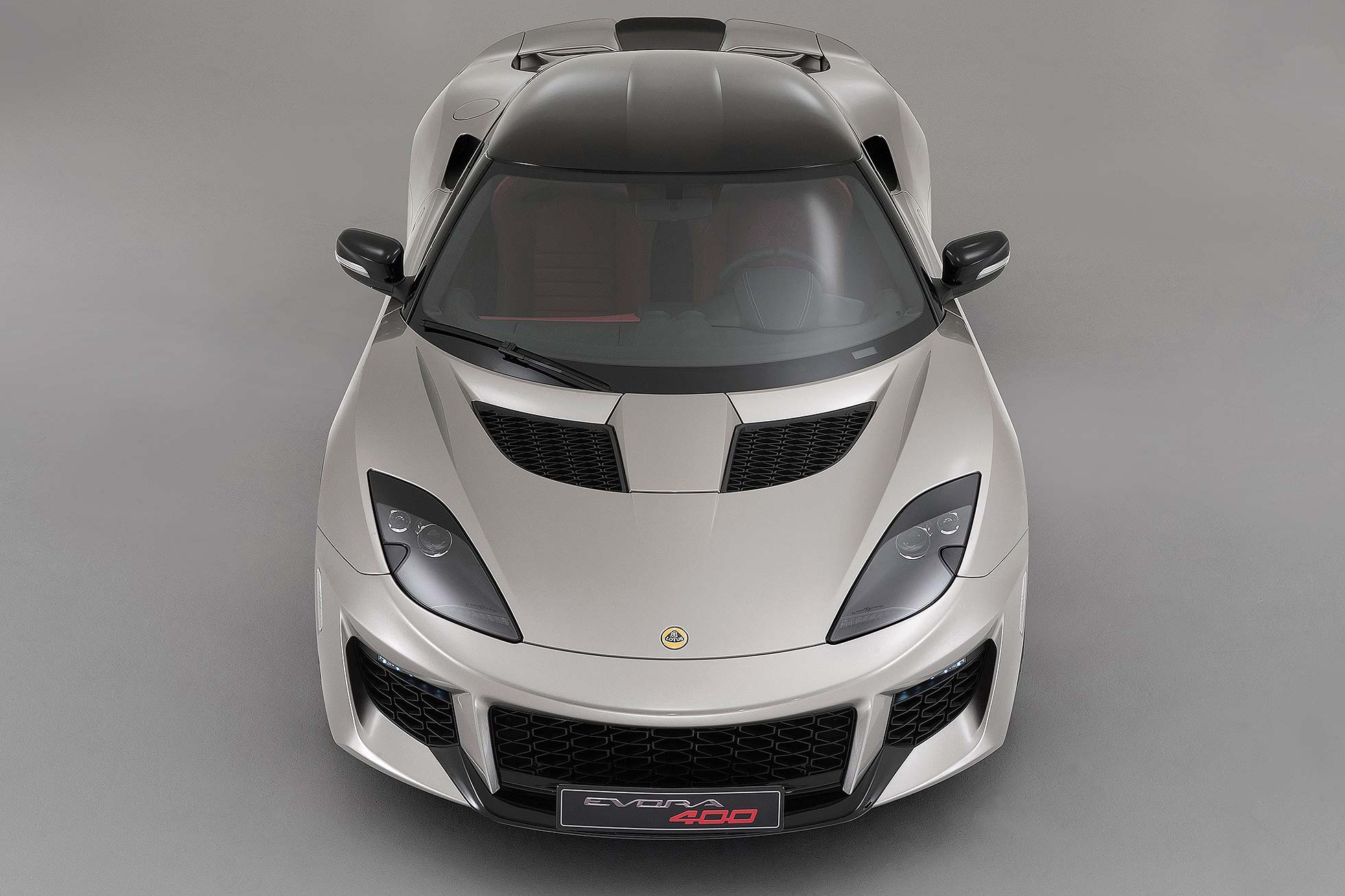 “The new Lotus Evora 400 will make its mark as a significant milestone in the history of Lotus. Looking to the future, the Lotus Evora 400 will remain core to our product line up for many years to come, with more exciting derivatives planned within the next few years.”

The new Lotus Evora 400 goes into production this summer, for deliveries from August. Prices are to be confirmed, as is an exact launch date for the key North American market: at the moment, an autumn reveal for a 2016 model year Evora 400 is planned.