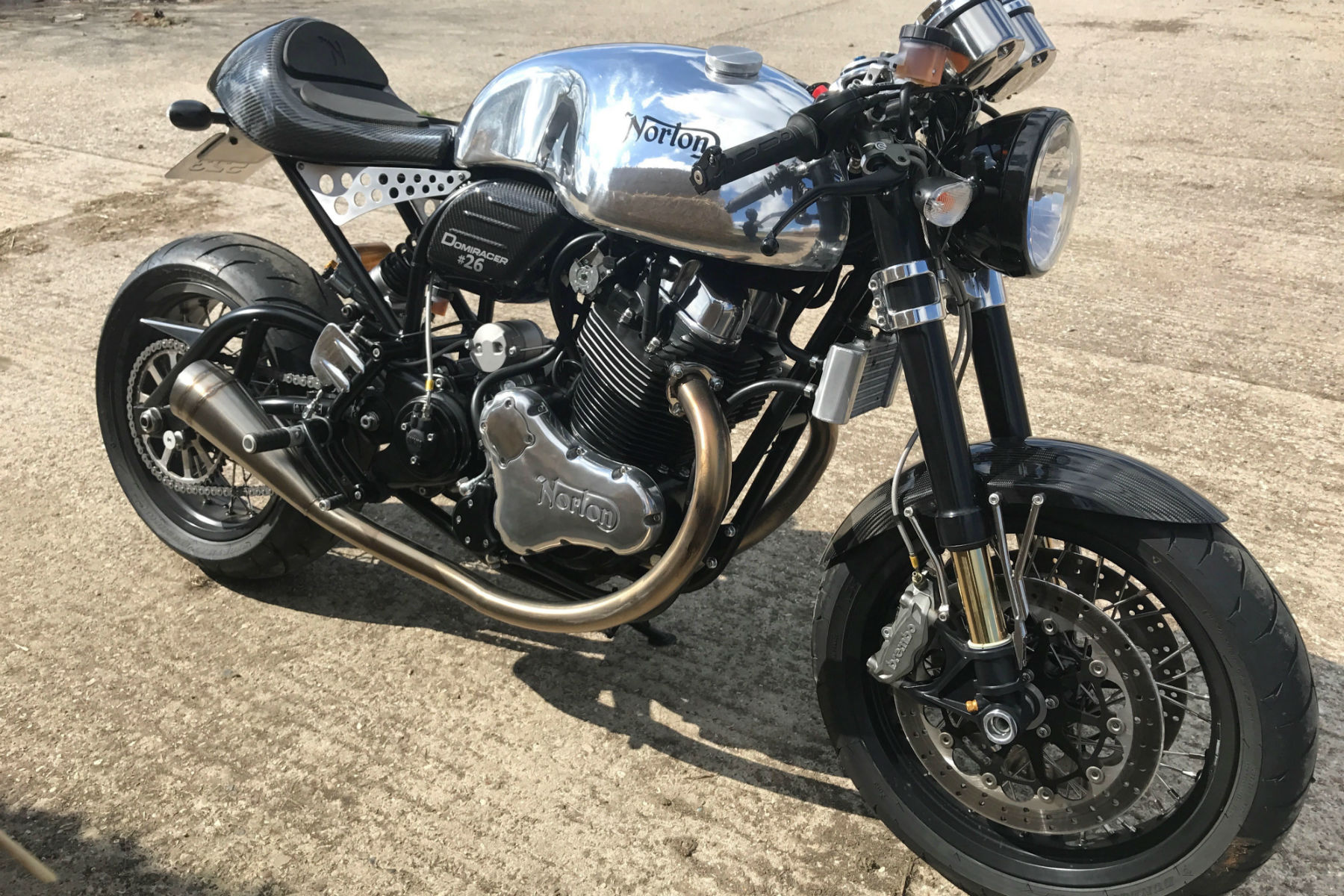 A 2009 Triumph Bonneville motorcycle previously owned by Hollywood star Brad Pitt is up for grabs this weekend in England.

The Bud Ekins Desert Scrambler Special will be auctioned on Saturday by Coys at the London Motorcyle Show at the city’s Excel exhibition space.

One of just three special edition bikes created to celebrate the life of Steve McQueen’s stunt double Bud Ekins, it was built by Brad Holstein on behalf of Triumph. It’s said to have been given to Brad Pitt as a gift from the Ocean’s Eleven producer Jerry Weintraub, with a special birthday message engraved on the petrol cap.

“We are excited to be back at the London Motorcycle Show for our third bike auction in the capital,” said Coys CEO, Chris Routledge. “We have a stunning selection of motorcycles on offer, including this special Triumph evocating the sled racers that Steve McQueen and Bud Ekins used to race in the 1960s.”

The HRD Vincent Rapide Series C 998cc being sold was manufactured in 1949, during the transition period in which HRD Vincent changed its trading name to simply ‘Vincent’. Evidence of the transition can be seen in the engine as later models just had the Vincent name rather than HRD.

This example, ‘FPY 327’, was restored by well-known Vincent period road racer Martin Quirk. The full renovation took 12 years and, since then, the bike has covered less than a mile.