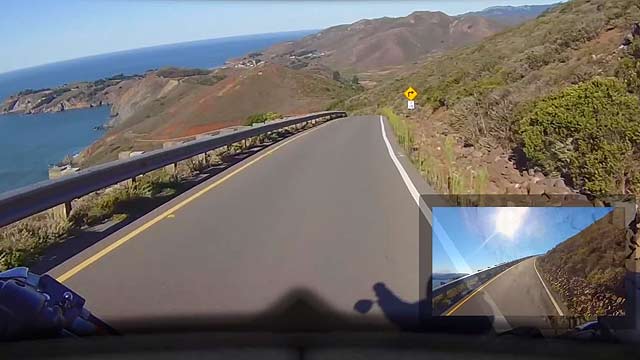 Motorcyclists will now be able to see directions without taking their eyes off the road thanks to a new helmet that boasts a Head Up Display system.

Synapse, made by Skully Helmets, offers satellite navigation in the corner of the rider’s eye – as well as an integrated rear view camera with 180-degree viewing angle, offering riders eyes on the back of their head.

That’s not the coolest thing about Synapse, either. Using a combination of Bluetooth pairing and voice control, riders can control the helmet interface via their phone. It allows motorcyclists to scroll through music playlists, send texts, make calls and change the sat-nav destination hands-free.

Due to be released later in 2014, beta-testers can apply to try a Skully AR-1 helmet with Synapse in advance.

Are HUDs like Synapse the future for motorcyclists? Or is it a dangerous distraction that should be banned, like Google Glass? Let us know, by commenting below – but not before checking out the cool video…