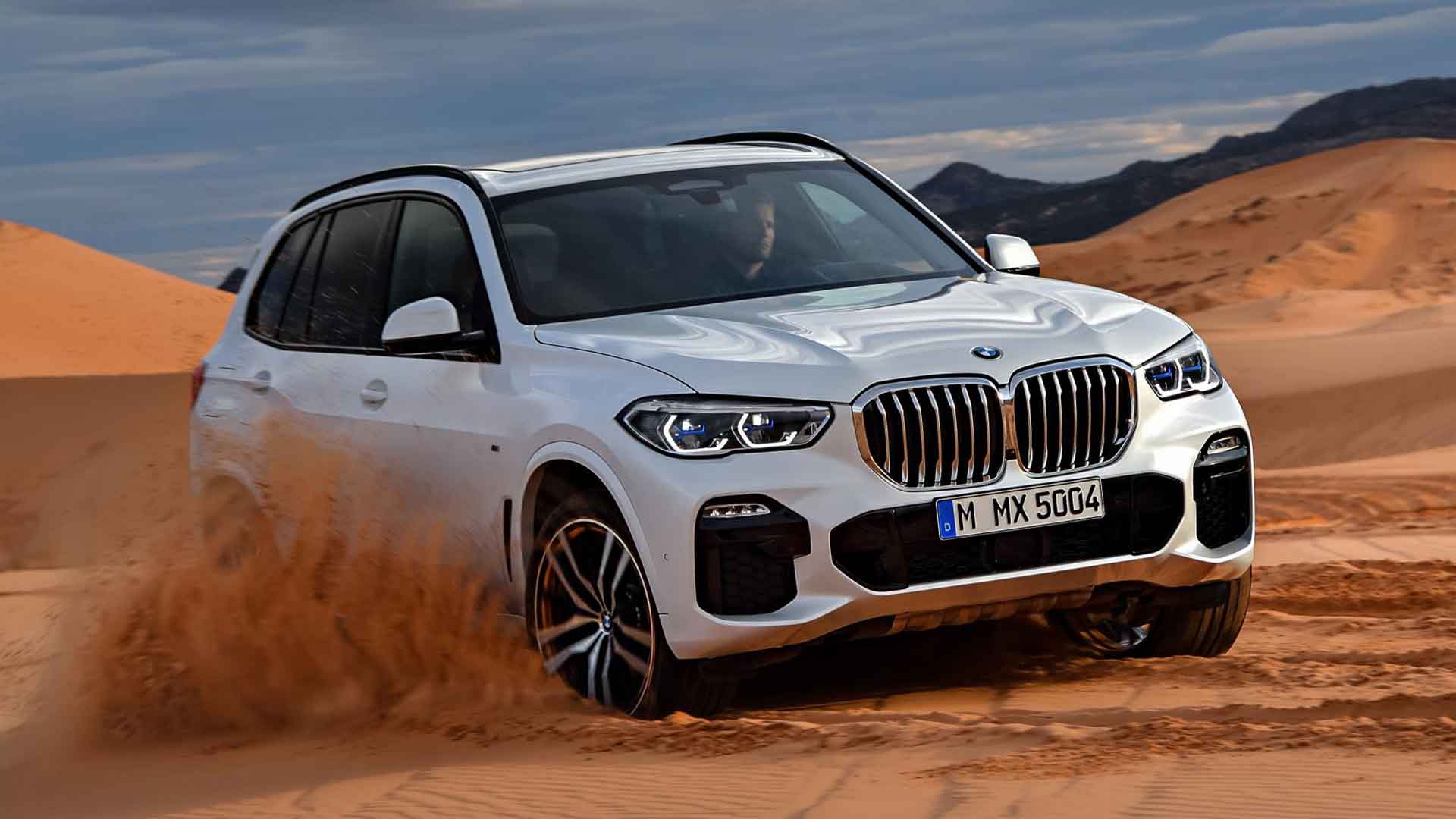 New data released by Tracker has revealed the top ten most stolen and recovered vehicles in the UK, and it’s bad news if you drive a premium car or an SUV. So, which cars are most likely to be taken without the owner’s permission? Read on, as we guide you through the Tracker research. Look away now if you own something German. 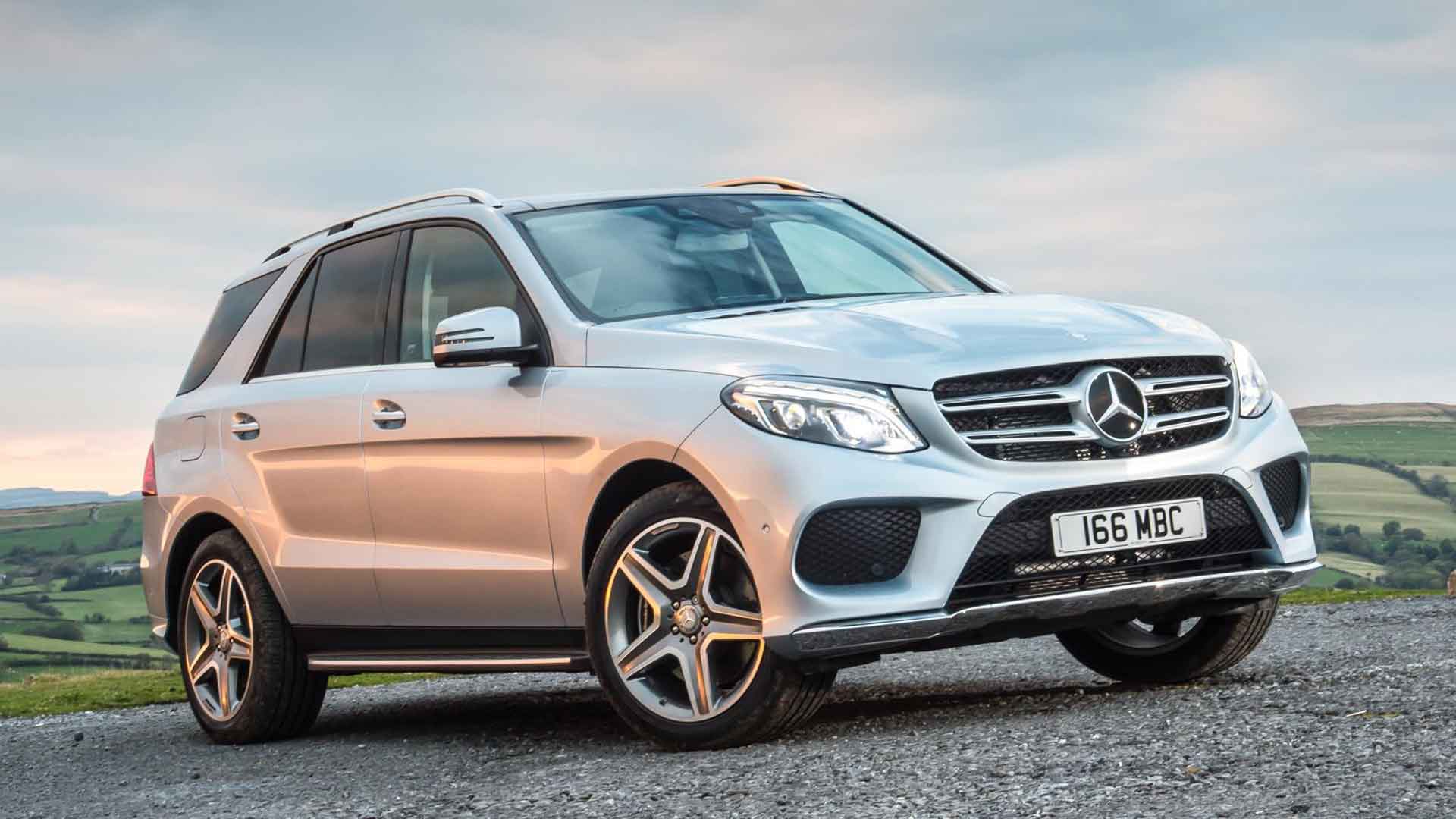 Premium SUVs are in high demand, so it comes as no surprise to discover that half of the cars in the top ten fall into this category. You might want to avoid a Mercedes-Benz, as the German brand occupies a record four of the top ten slots. The SUV formerly known as the M-Class is a target for the nation’s car thieves.

Clive Wain, head of police liaison at Tracker, said: “Organised criminal gangs make a living out of stealing to order or taking what they know will sell quickly, and it’s a thriving, albeit illegal, profession. What’s more, these people have highly sophisticated skills, continually adapting their techniques to counter technology introduced by manufacturers to safeguard vehicles.” 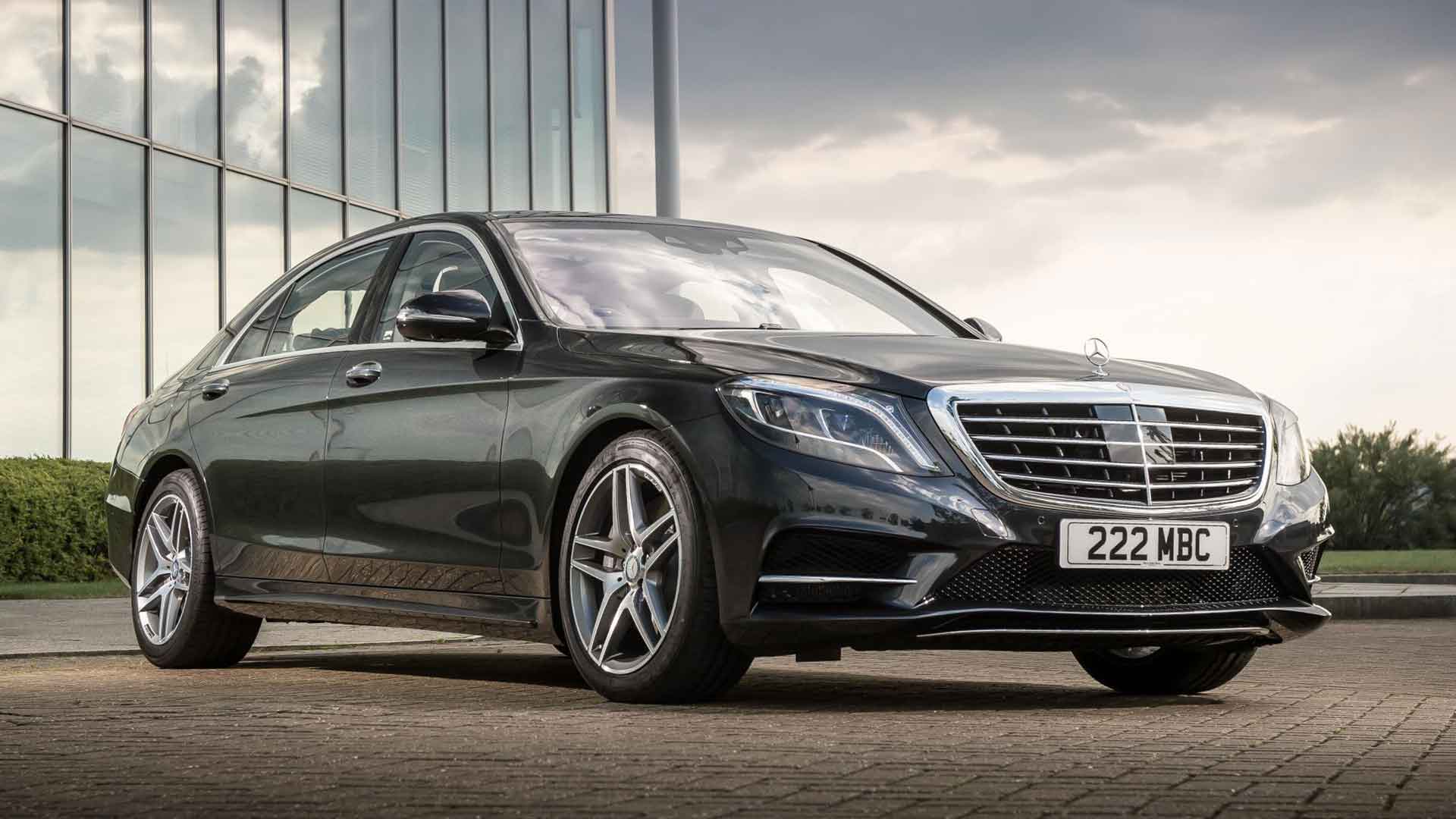 “Although premium models dominate the top 10, the opportunist thief will take any vehicle they can gain access to, so it’s vital that owners think about their vehicle security measures to make it harder for criminals,” said Wain. The S-Class is the second Mercedes-Benz on the list, although neither this or the GLE made an appearance in 2017.

Other cars to seemingly fall out favour with the criminals include the BMW M3, Volkswagen Golf GTI and Audi RS4. Not that this means you should be cutting corners when it comes to car security. Car crime is on the rise, with keyless car theft seen as a significant contributor to the 30 percent rise in thefts in England and Wales between 2013 and 2016. 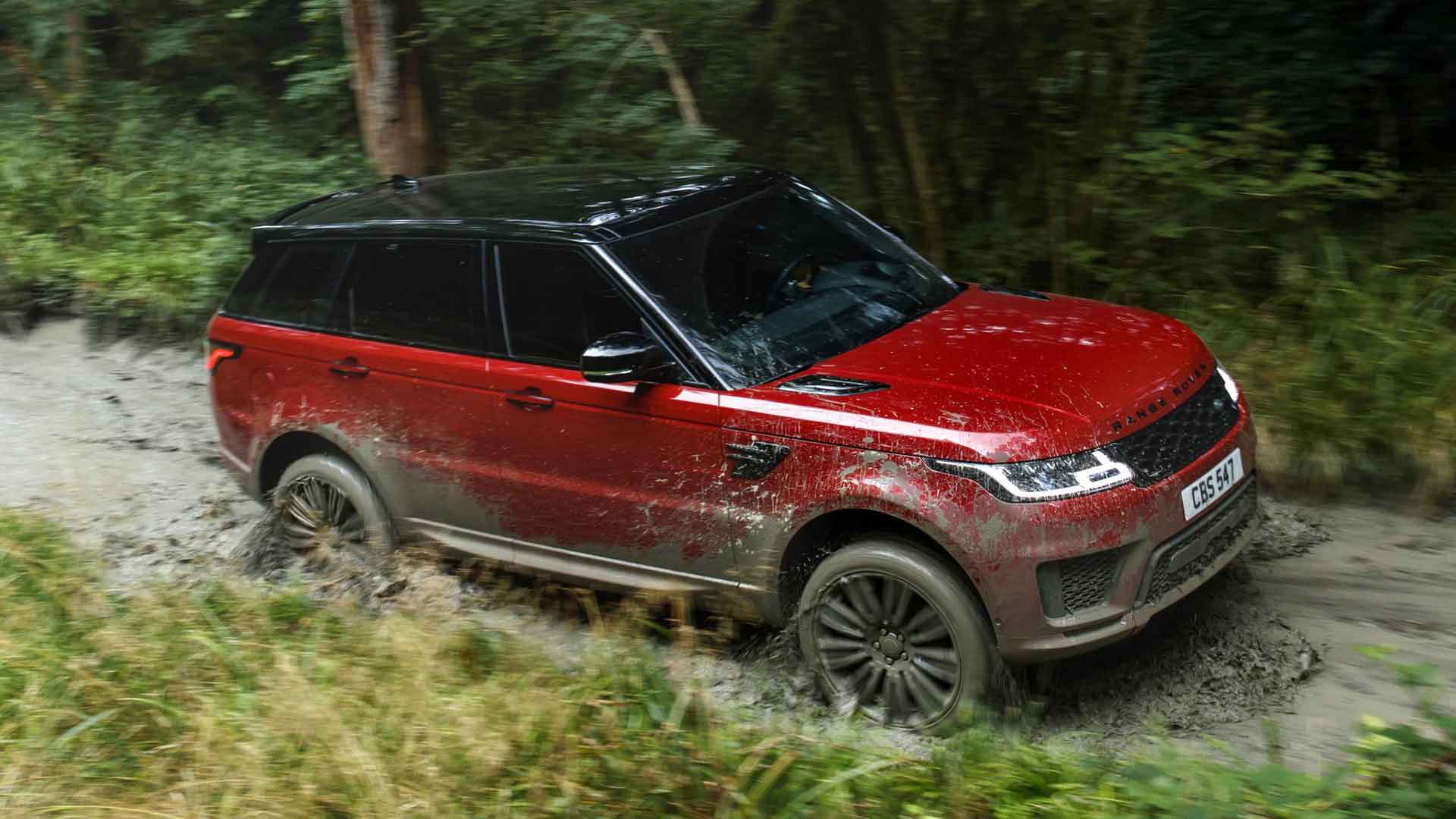 Keyless car theft – or a ‘relay attack’ – is worryingly simple, and involves one criminal standing by the car while another one stands close enough to the house to enable the device to pick up a signal from the key fob. This signal is transferred to the second box, which is placed alongside the car, effectively fooling it into ‘thinking’ the key is present. We suspect many Range Rover Sports have been stolen using this method.

With the doors unlocked, the criminals can start the car at the press of a button, leaving them free to drive away. In 2017, a group of researchers at Qihoo 360 were able to steal a car with a pair of gadgets built for less than £20. Meanwhile, relay devices can be purchased online for as little as £100. Little wonder cars like the Range Rover Sport can be ‘half-inched’ in a matter of minutes. 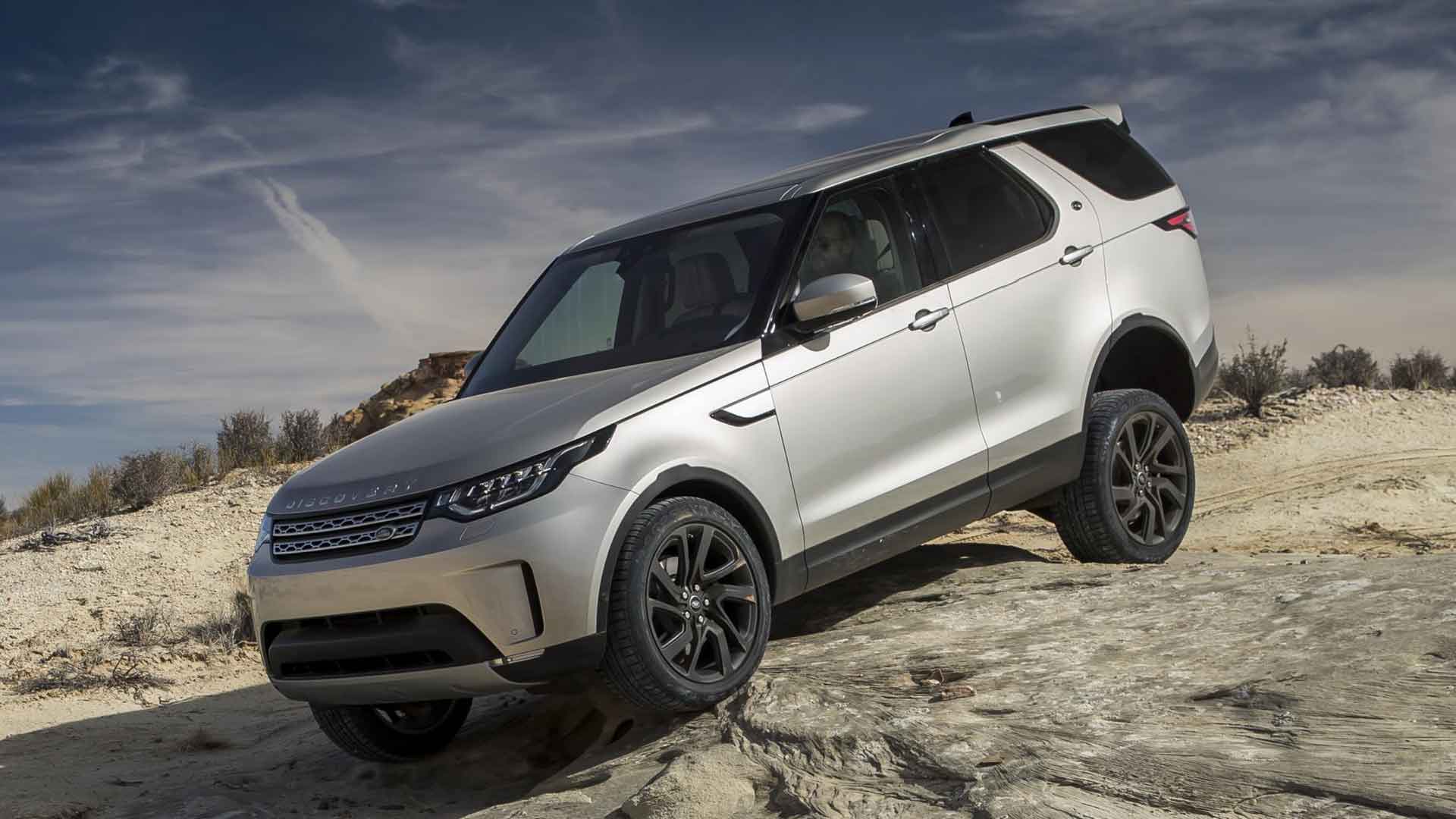 According to Tracker, 88 percent of stolen vehicles fitted with one of its devices which were successfully recovered in 2018, were stolen without using the owner’s keys. In 2017, the figure was 80 percent, while in 2016 it was ‘just’ 66 percent. A worrying trend, which might explain why sales of the humble steering wheel lock are also on the rise.

The Land Rover Discovery was a new entry in 2017, but it makes a re-appearance in 2018, which will make for unwelcome reading for the nation’s Disco lovers. Although prestige brands dominate the top ten, Tracker points out that the average value of stolen and recovered cars in 2018 was £20,000. 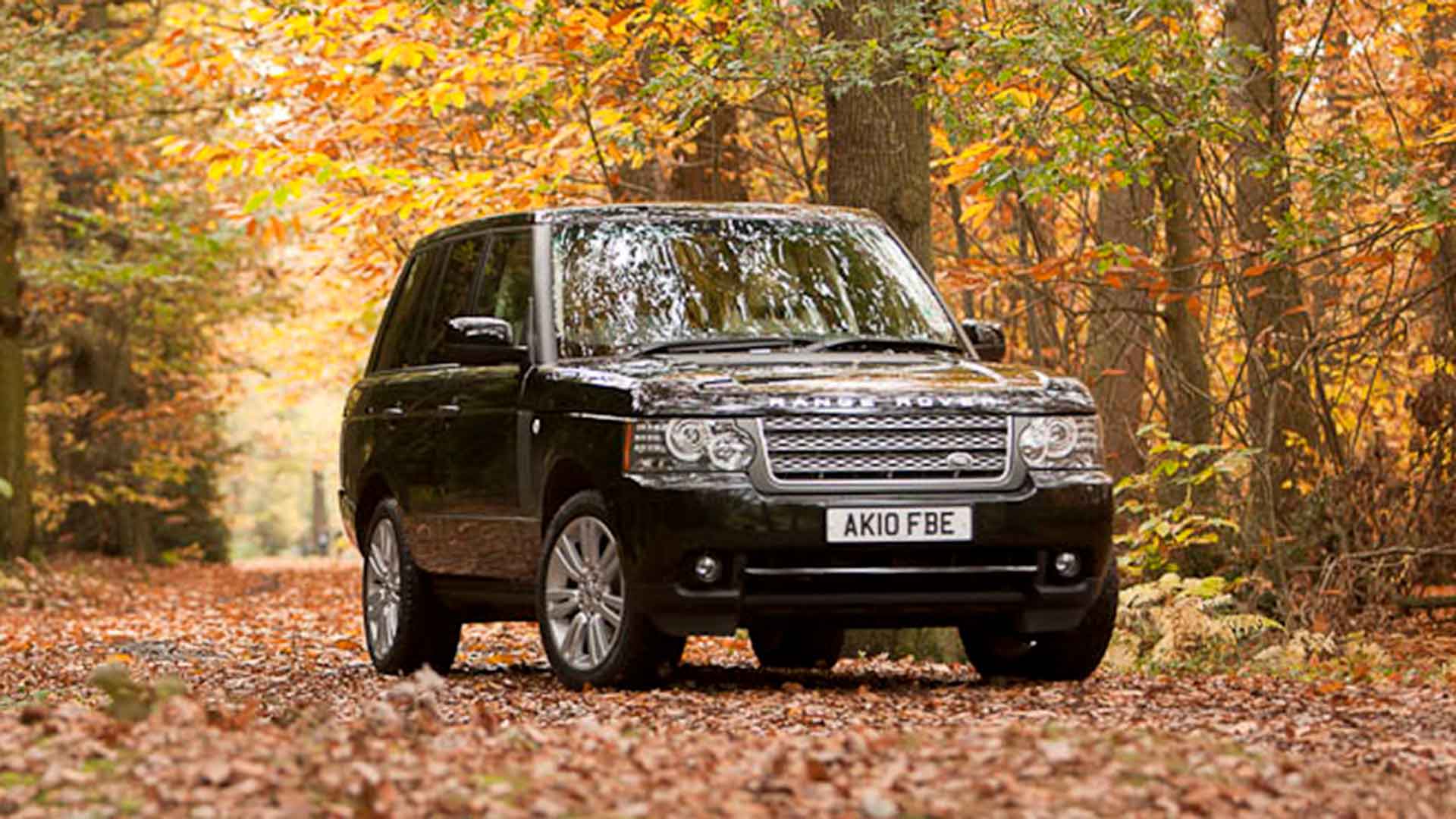 Although the Range Rover Vogue is the next car on the list, the most expensive car stolen and recovered by Tracker was a Rolls-Royce Ghost worth £120,000. At the opposite end of the spectrum, the least expensive recovery was a Toyota Land Cruiser.

The Range Rover Vogue makes a reappearance, after dropping out of the top ten in 2017, and is one of three Land Rover products on Tracker’s list. Clive Wain said: “Over 78 suspected thieves were arrested in connection with the vehicles we recovered. Not only that, but an additional 79 stolen vehicles were found alongside those vehicles recovered that were fitted with a Tracker unit.” 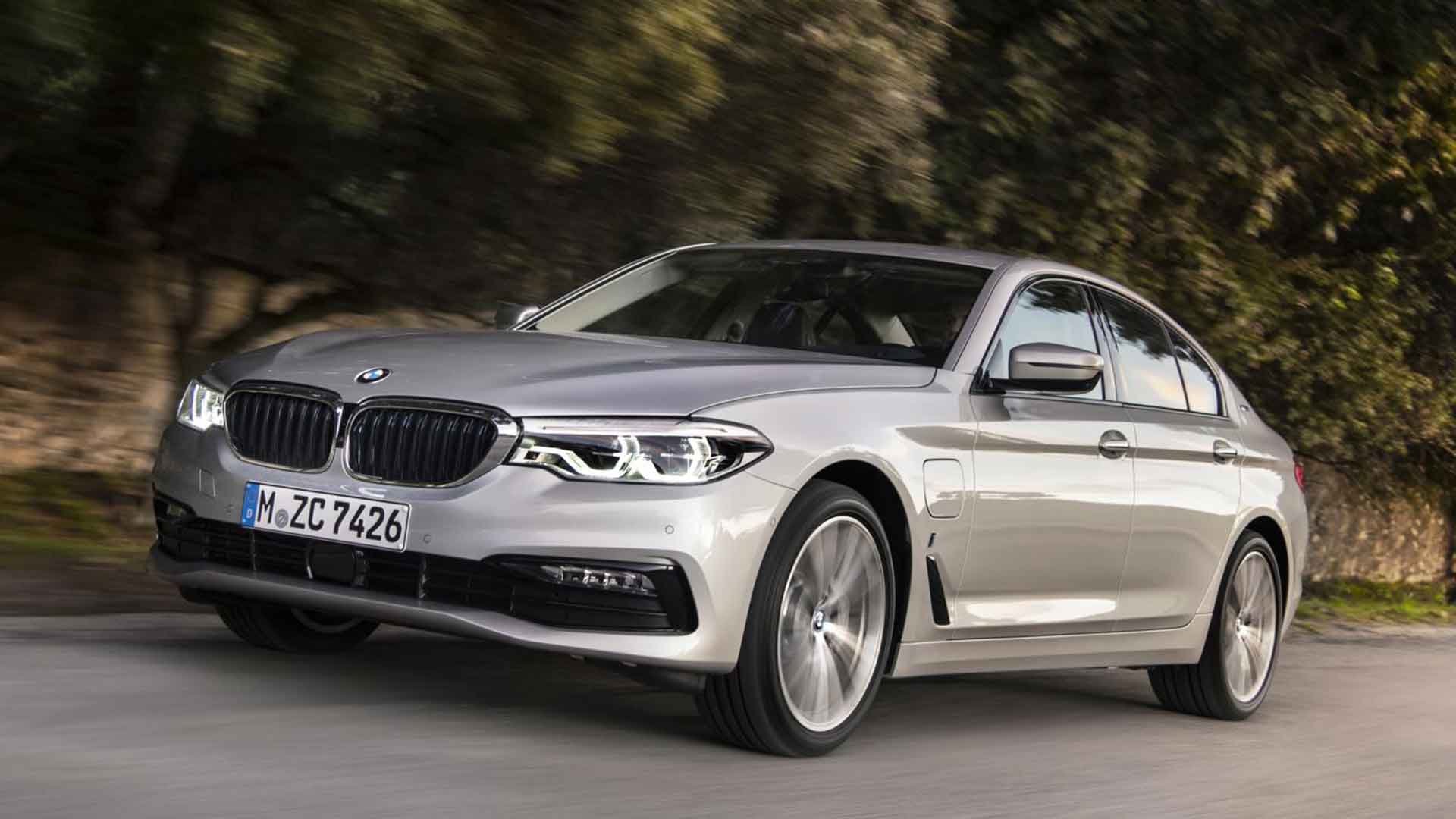 BMW and Mercedes-Benz owners look away now, because this won’t make for comfortable reading. All of the cars within the top five are from Munich or Stuttgart, kicking off with the BMW 5 Series.

The 5 Series might be one of the most tech-laden cars on the planet, but it’s no match for a determined car thief armed with an electronic signal relay device. 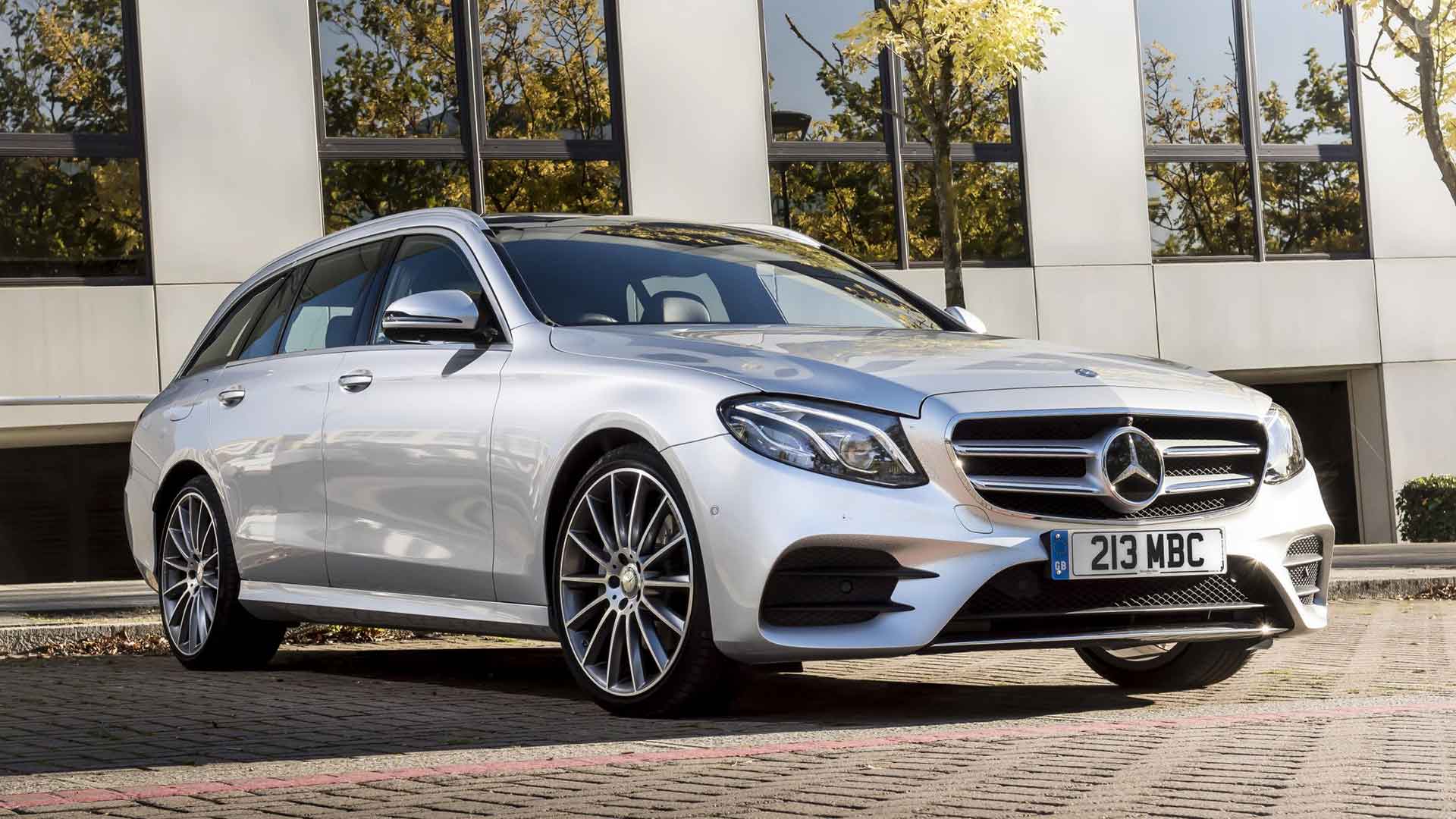 Instances of keyless car theft tend to occur in residential areas, especially at night, so you’re advised to be on your guard when at home. Storing your keys in a metal container is one way to stop being stung by a relay device, or you could invest in a signal-blocking wallet. Alternatively, putting your car keys in a microwave will guard against an attack – just be sure to remove them before heating your ready meal.

The Mercedes-Benz E-Class retains its fourth spot on Tracker’s list. In 2017, RAC insurance director, Mark Godfrey, warned: “We fear thieves are now becoming more and more well equipped with technology capable of defeating car manufacturers’ anti-theft systems.This is bad news for motorists, as it has the effect of causing insurance premiums to rise at a time when they are already being pushed up by a variety of factors.” 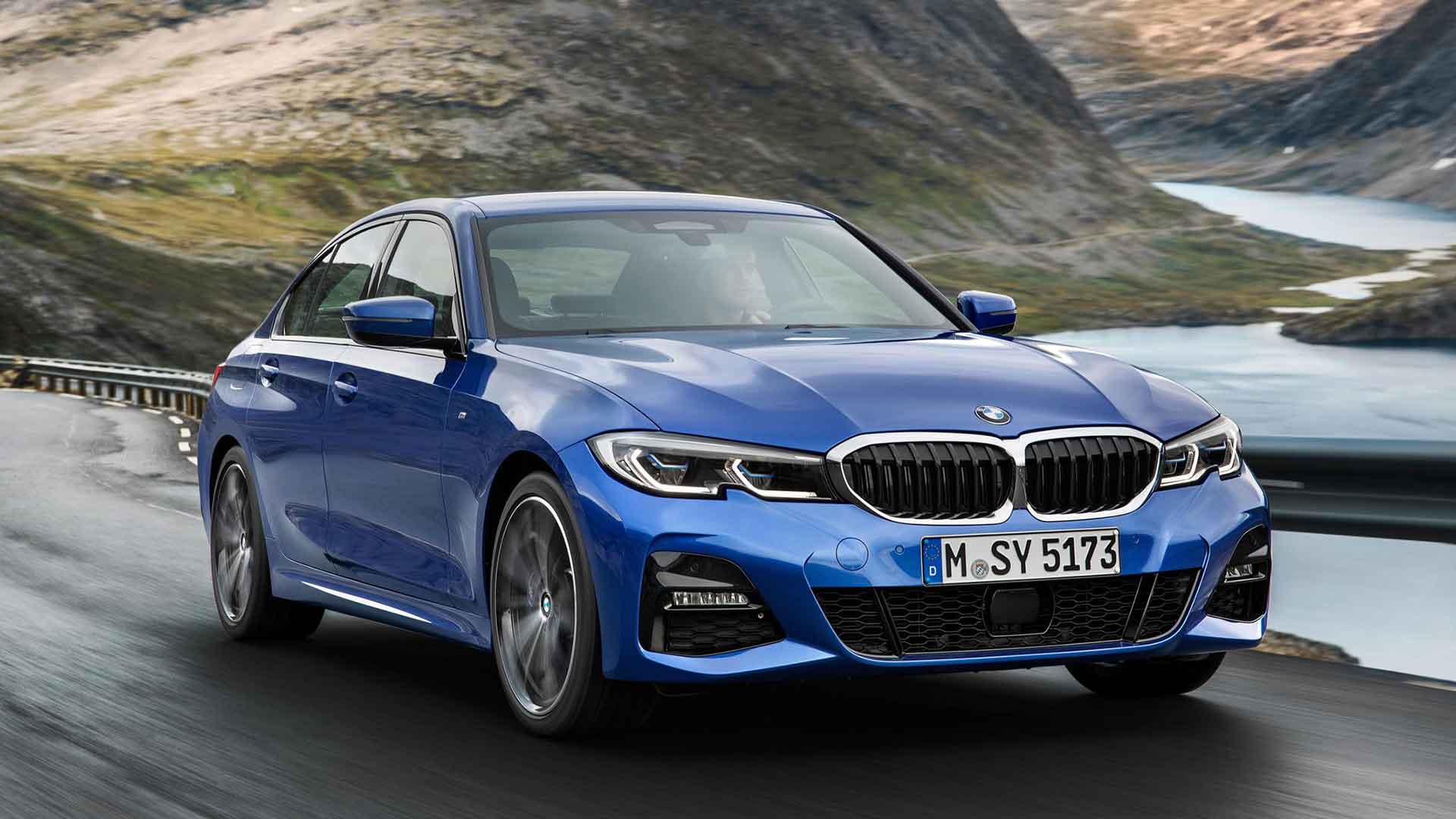 Many people will be keen to get their hands on the new BMW 3 Series (pictured), but too many criminals are laying their dirty fingers on the older models. In fact, the 3 Series has moved from fifth to third place on the list.

Earlier this year, policing minister Nick Hurd formed a new vehicle theft task force aimed at tackling the seven percent rise in vehicle crime over the past 12 months. “We are determined to take swift and decisive action on emerging crime threats. With rates of vehicle theft increasing, I am keen to ensure everything is being done to prevent these crimes,” he said. 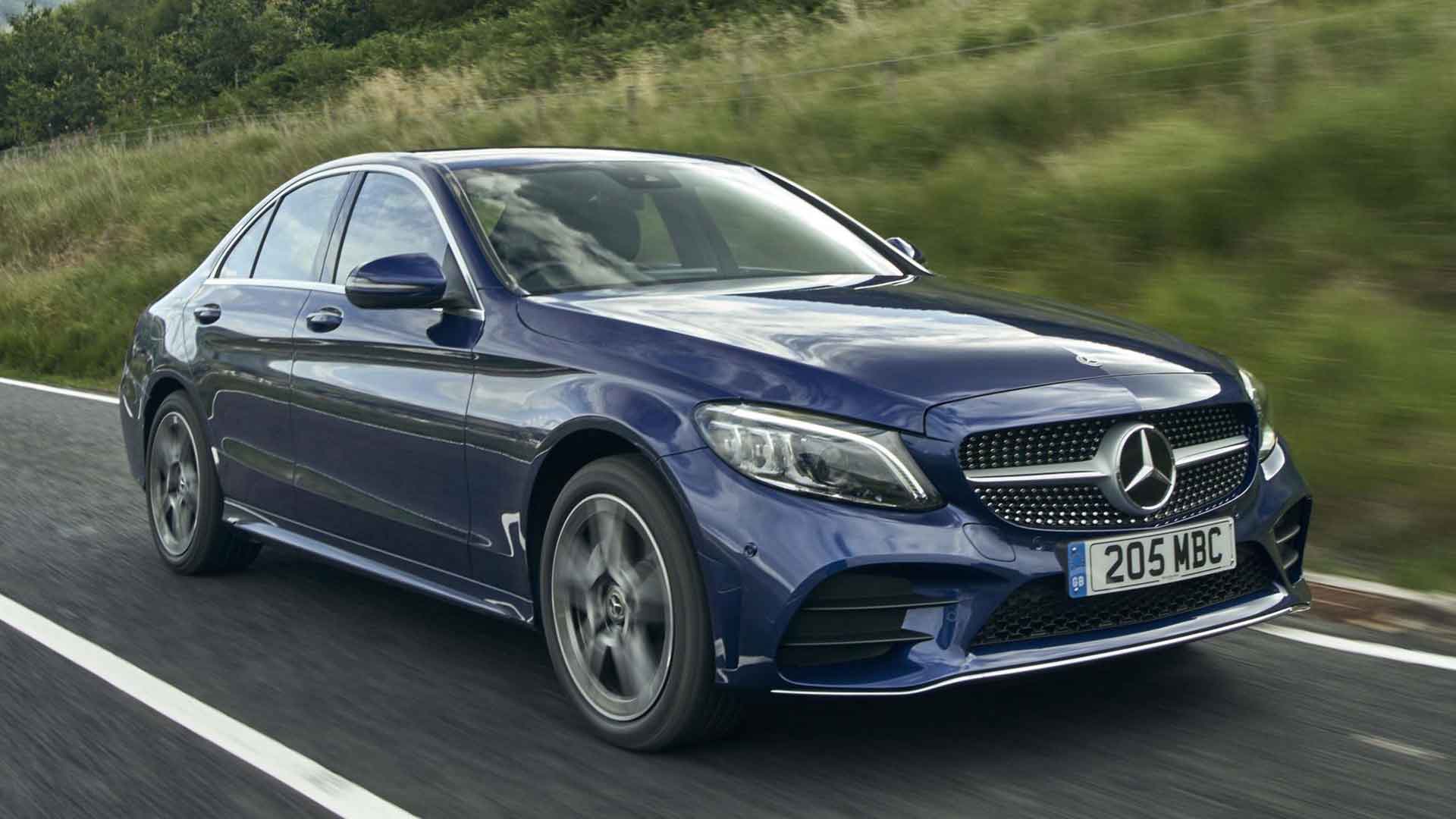 Part of the challenge for the new task force will be tackling a problem which has spread across the country. While the surge in moped crime was primarily focused on London, relay thefts are an issue facing every police force. The task force aims to improve standards in vehicle security, along with investigating how best to prevent criminals from exploiting the salvage process for written-off cars.

The task force will be music to the ears of Mercedes-Benz C-Class owners, with the executive saloon securing an unwelcome second place on Tracker’s list of stolen and recovered vehicles. 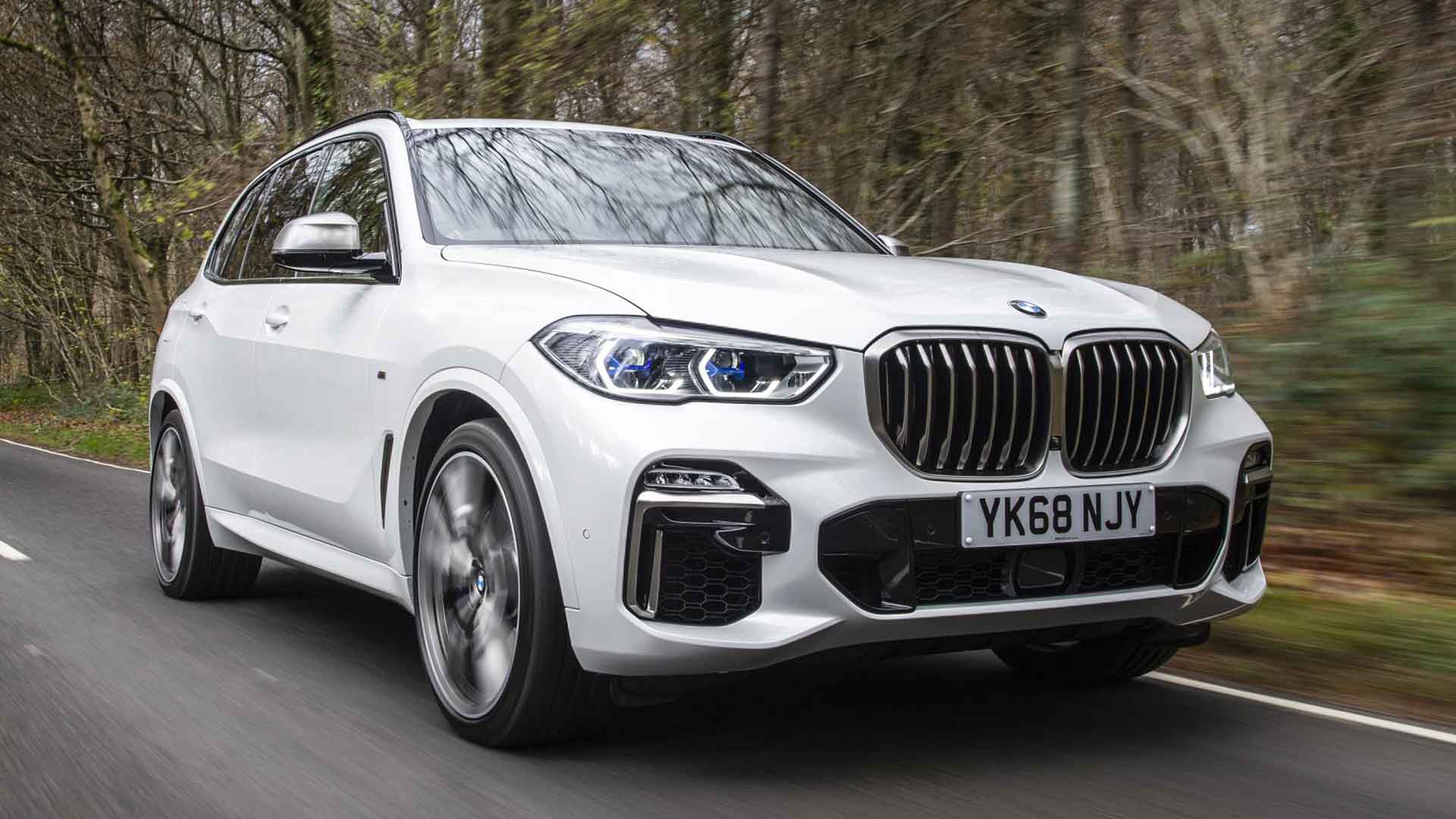 Still, at least the C-Class owners can take a very small crumb of comfort from the fact that the Mercedes is no longer the most stolen and recovered vehicle in the UK. Which is bad news for BMW X5 owners…

The BMW X5 is back on top, up (or should that be down?) from number two in 2017. Worryingly, the X5 has claimed this spot eight times over the last nine years, which will be a worrying statistic for owners of this premium SUV. Maybe it’s time to invest in a Dacia Duster instead.