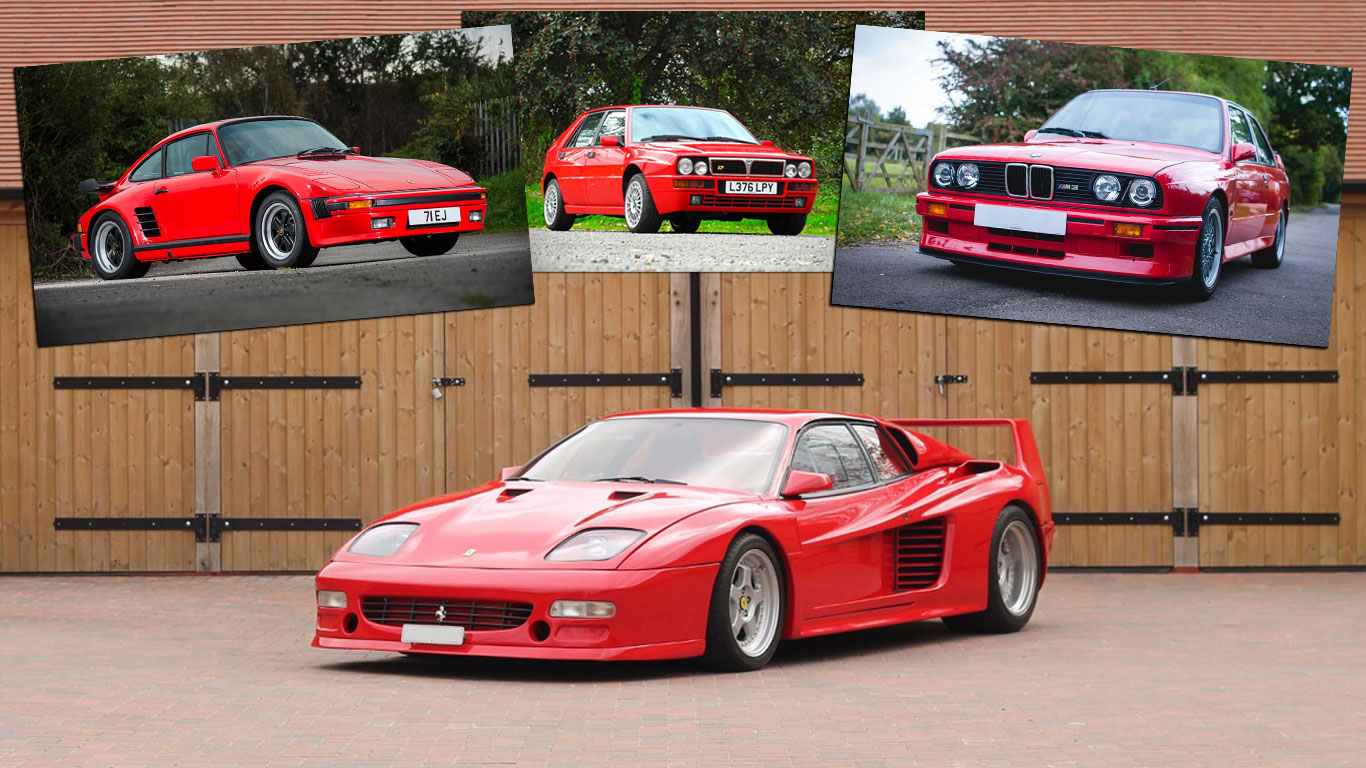 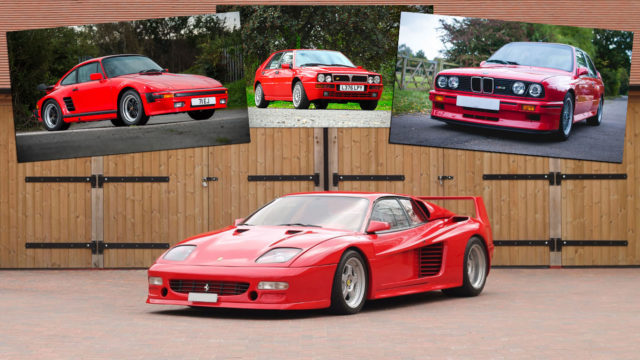 The classic car season might be drawing to a close, but there’s still time to buy a modern classic for spring 2017. We’ve selected the best on offer at the Silverstone Auctions NEC Classic Motor Show sale, including many icons from the 1980s and 1990s. 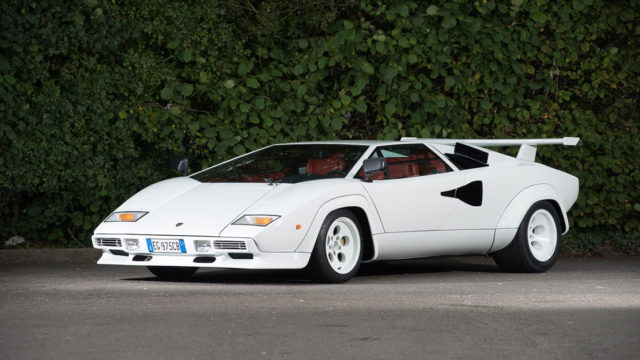 A Bianco White over red leather Lamborghini Countach: you can’t get more 80s than that. All you need to complete the effect is some Jan Hammer on the cassette player, a pair of red braces and a couple of shoulder pads. The LP400 S was launched in 1978 and featured a host of mechanical and exterior upgrades. 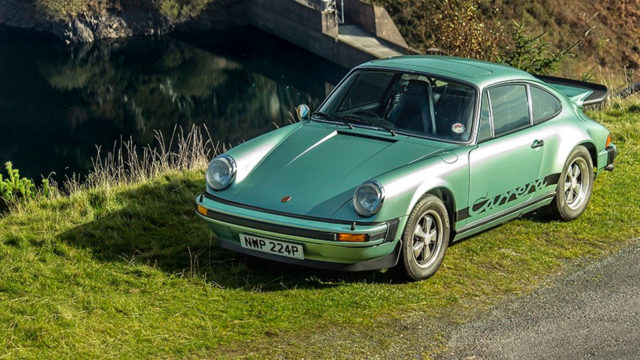 According to Total 911 magazine, the 911 Carrera 2.7 MFI is the best impact bumper Porsche 911 of all time. The bumpers were introduced to satisfy US safety regulations, and weren’t exactly welcomed with open arms. The magazine claims “the Porsche 911 Carrera 2.7 proved that Zuffenhausen’s G-Series cars could still excite”. This 1975 car was restored in 2015, although “every effort was made to preserve as much of the original car as possible”. 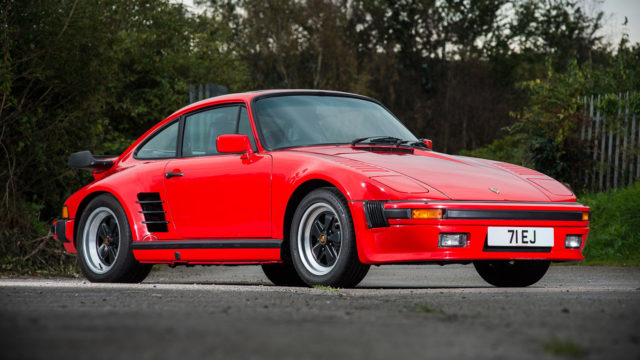 From a Porsche 911 famous for its bumpers, to one famous for its nose. This is a 930 Turbo ‘flatnose’ or ‘Flachbau’, so called because of its streamlined nose. It was inspired by the 935 race cars and a mere 50 were built for the UK market. It was actually destined for North America, but a cancelled order led to it leaving the factory as a right-hand-drive model. 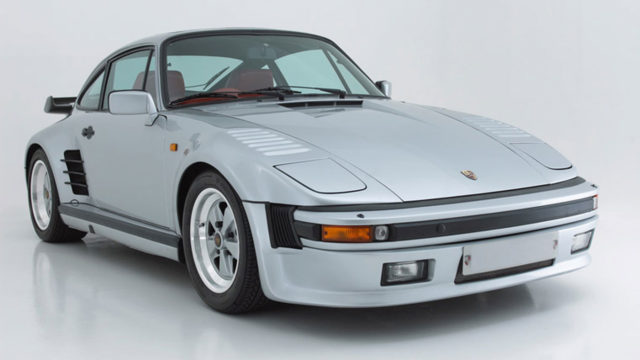 ‘Flatnose’ Porsche 911 are like buses: you wait an age for one to come along and then two appear in the same auction. Actually, 911 Turbos share little in common with buses, other than, perhaps, the location of the engine. This 1985 ‘Flatnose’ was registered to Porsche GB and wore the famous 911 HUL number plate. This was the cover star of Car magazine, January 1986, with the accompanying line of “Into the red in second, the speedo shows 95mph.” 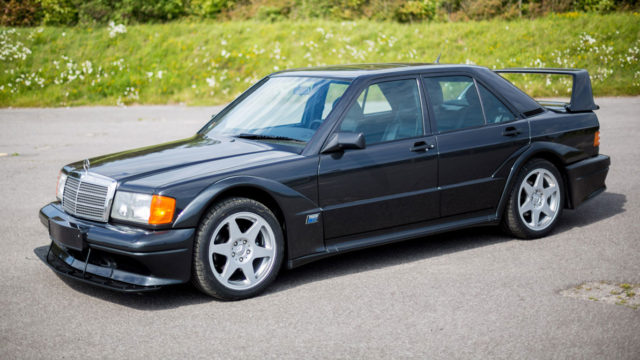 We conclude our Porsche triple-bill, but remain in Stuttgart for this Mercedes-Benz 190E 2.5-16 Evolution II. The ‘Evo II’ upped the ante, with 235hp as opposed to 195hp offered by the original Evolution, helping to deliver a top speed of 155mph and a 0-62mph time of 7.1 seconds. Only 502 units were ever produced and the one offered by Silverstone Auctions is number 28. 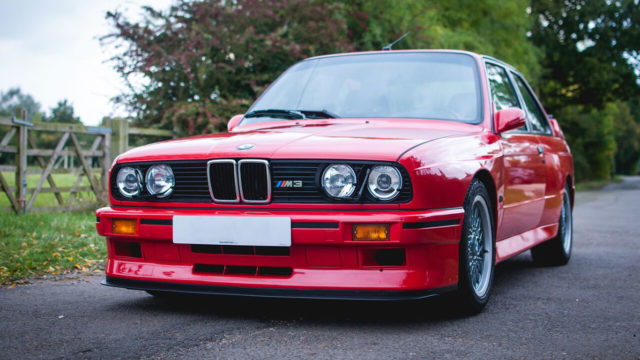 Proof, if proof were needed, that performance cars of the 80s and 90s are in strong demand, this BMW M3 Sport Evolution – or Evo III – is likely to sell for a price in excess of £100,000. In every sense of the word, the Sport Evolution is the ultimate E30 M3, with the engine pumped up to 2.5 litres, delivering 254hp. It was also sharper and lighter than previous models. 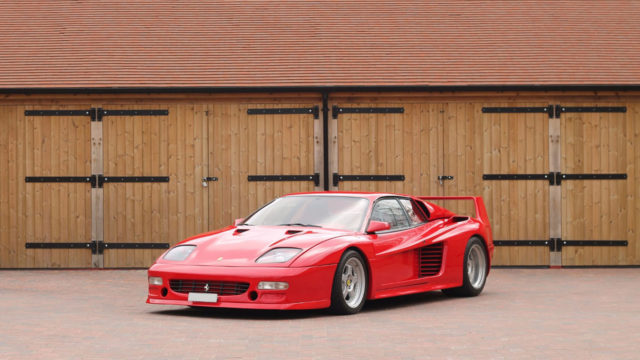 The Ferrari Testarossa Koenig Evolution was ranked number one in Car magazine’s top 10 German Mod Crimes of the 80s, although author Chris Chilton did note that it’s “probably the most famous modified supercar of the 1980s”. It was the work of racer Willy Koenig, who felt the Testarossa needed more power and a less stylish body. Like blue eyeshadow and Limahl’s hairstyle, some things are better left in the 80s. 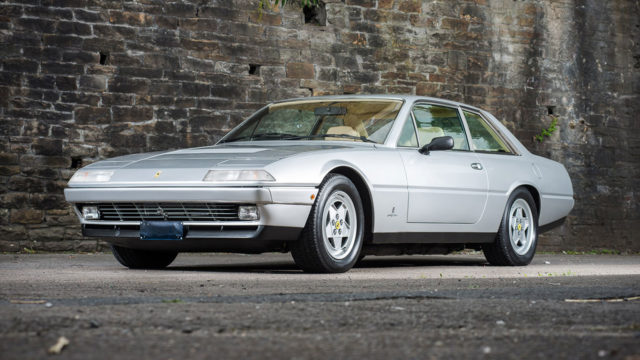 Time has been incredibly kind to the Ferrari 412, a car that can trace its roots back to 1973 and the launch of the 365 GT4 2+2. It arrived in 1985 and, despite appearances, was much improved on the car it replaced: the Ferrari 400. The V12 engine now had a cubic capacity of 4,943cc, while it was also the first Ferrari to offer Bosch ABS as standard. This particular example was first registered in New Zealand and has covered a mere 6,650 miles in three decades. 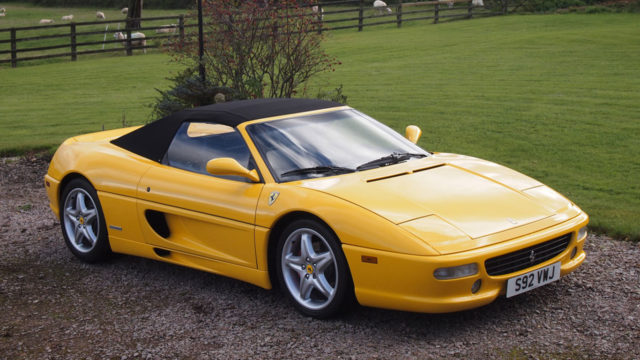 The F355 arrived in 1994 and was the first Ferrari to feature a semi-automatic soft-top roof. The 355 F1 Spider ‘Serie Fiorano’ is arguably the best of the breed, featuring a quicker steering rack, stiffened and lowered suspension, a wider track, improved brakes and a stiffer anti-roll bar. The auction car was delivered new in Florida, before arriving in the UK in 2014. 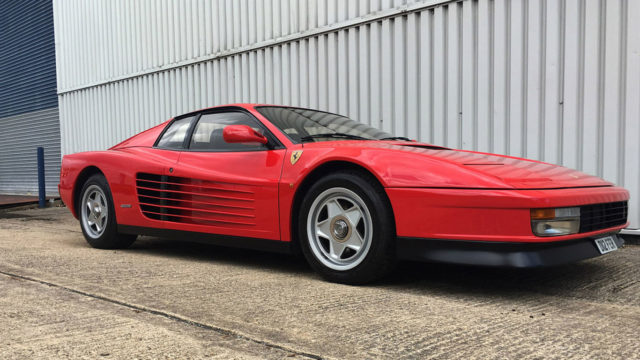 If the Koenig-enriched Ferrari Testarossa was a little too much for you, this might be more appealing. Judging by the pre-auction estimate, you can save yourself between £20,000 and £30,000 by opting for something a little more stock. 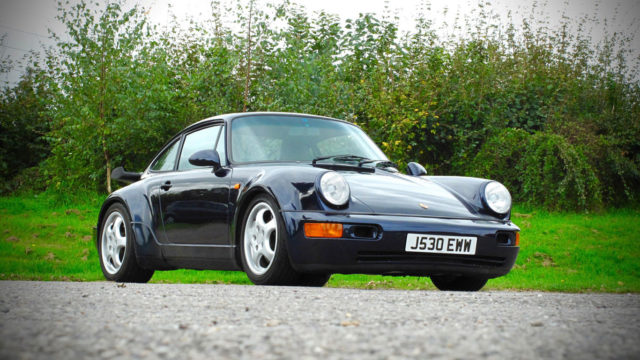 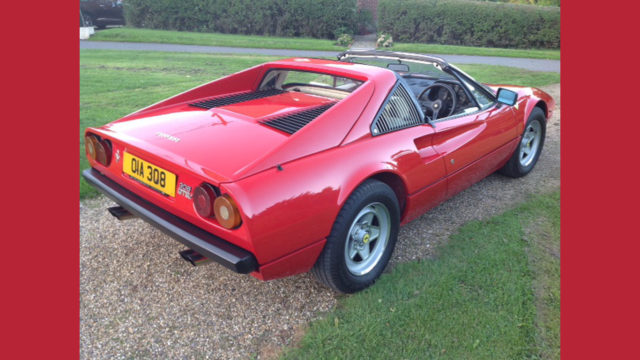 The Ferrari 308 GTS made its debut at the 1977 Frankfurt Motor Show – two years after the 308 GTB. Bosch fuel injection was added in 1980 – hence the ‘I’ in GTSI – replacing the four double-choke Webers. This right-hand drive example was delivered new to Switzerland and features a classic red over cream combination. 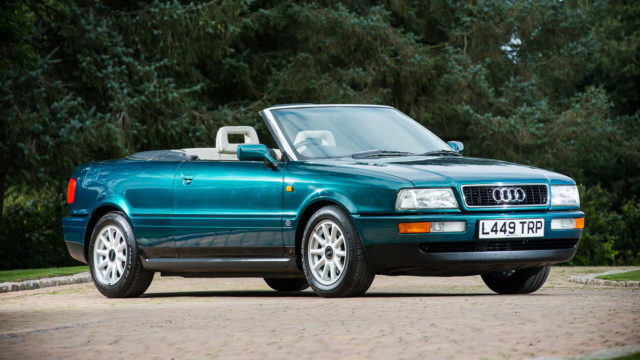 You’ll have seen this in one of our earlier features: a 1994 Audi Cabriolet, formerly owned by Diana, Princess of Wales. It’s one of a number of cars with royal connections being offered at the Silverstone Auctions sale. 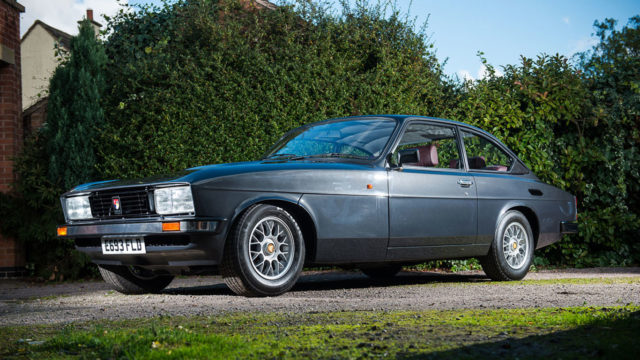 This 1987 Bristol Brigand can’t offer a royal connection, but it was owned by Pop Idol winner, Will Young. Nobody is going to pretend owning a Bristol will be a trouble-free experience – you only need to read the auction notes to discover this – but few cars offer such a unique blend of Britishness and exclusivity.