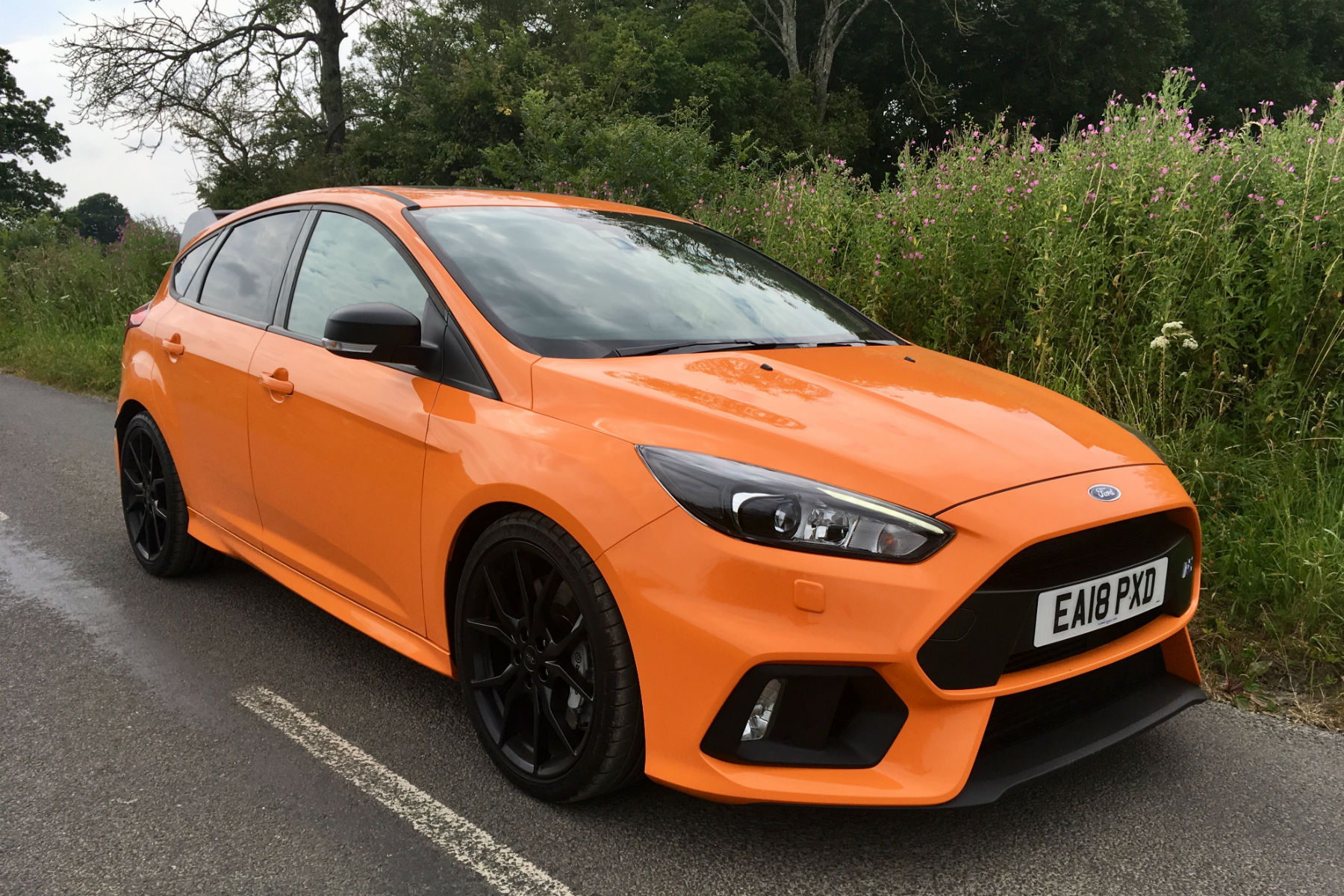 Launched in 2016, the third-generation Ford Focus RS lasted little more than two years. During that brief tenure, it made a huge impact, upping the ante for hot hatchbacks and becoming the class benchmark to boot. It burned fast and bright.

A future classic, then? Widespread critical acclaim, our collective love of fast Fords and the upward trajectory of Mk2 Focus RS (and now Mk1 Focus RS) prices suggests so. And don’t delay – now is the time to buy. We know someone who’s already sealed his Mk3 RS in an air-conditioned cocoon, ready to be unwrapped as a retirement nest-egg.

We look back at the now-departed Focus RS and its legacy, including our thoughts on the run-out Heritage Edition. Will we see its like again?

Why the Focus RS matters 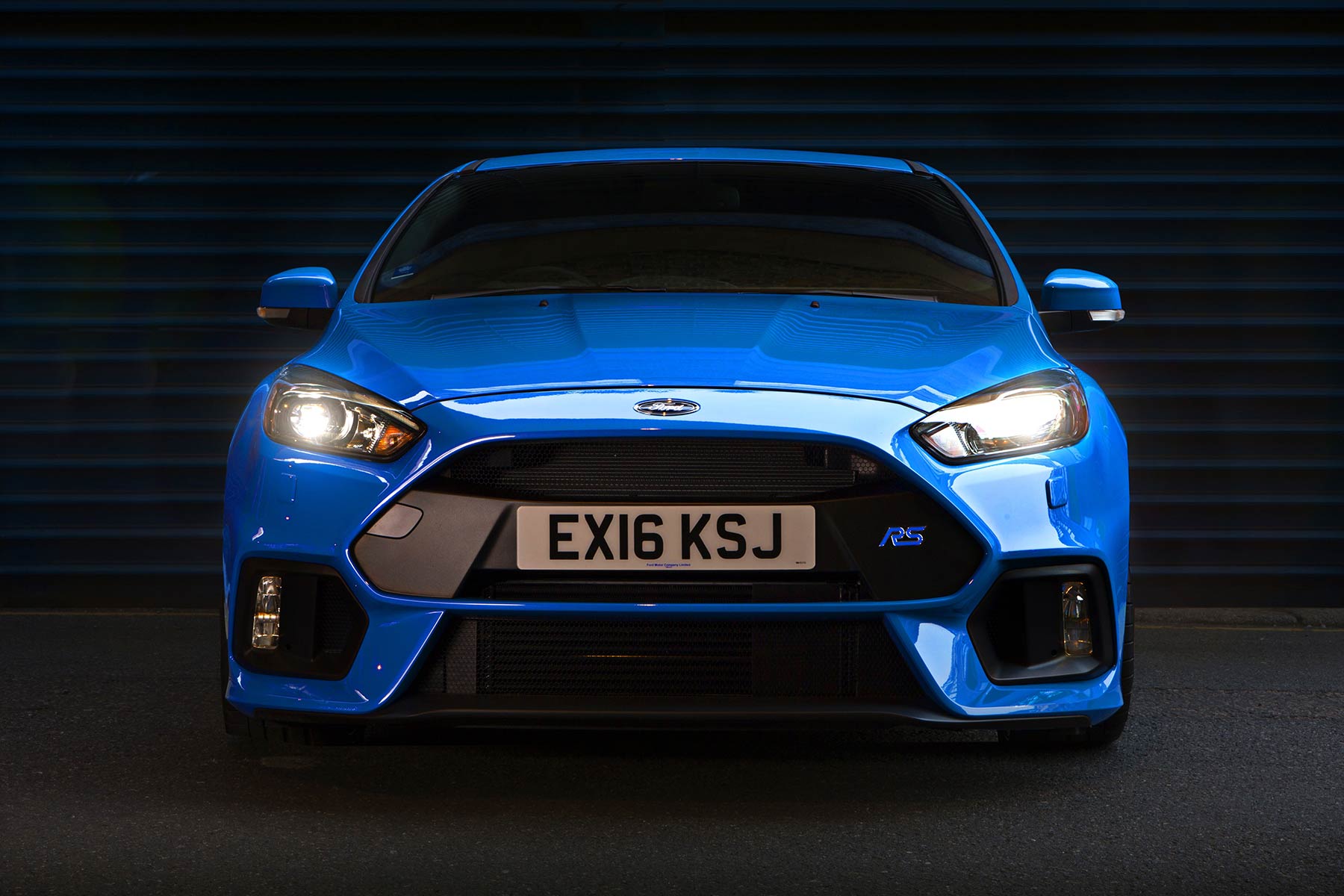 Enthusiasm for performance Fords has always been high, but in recent years it’s become stratospheric. Classic Sierra RS Cosworths have sold for in excess of £100,000 at auction, while even relatively unloved models like the Escort XR3i generate high bids at auction.

The Mk3 Focus RS instantly fed into the fast Ford cult, with more than 2,300 deposits placed by UK buyers following its reveal at the 2015 Frankfurt Motor Show. An initial list price of £29,995 made the RS look competitive against rivals such as the Volkswagen Golf R, and substantially cheaper than the Audi RS3 or Mercedes-AMG A45.

The previous two generations of the Focus RS had been front-drive only and, while Ford had developed solutions like a Quaife limited-slip differential for the Mk1 and Revoknuckle suspension for the Mk2, these still had limitations when it came to managing torque. 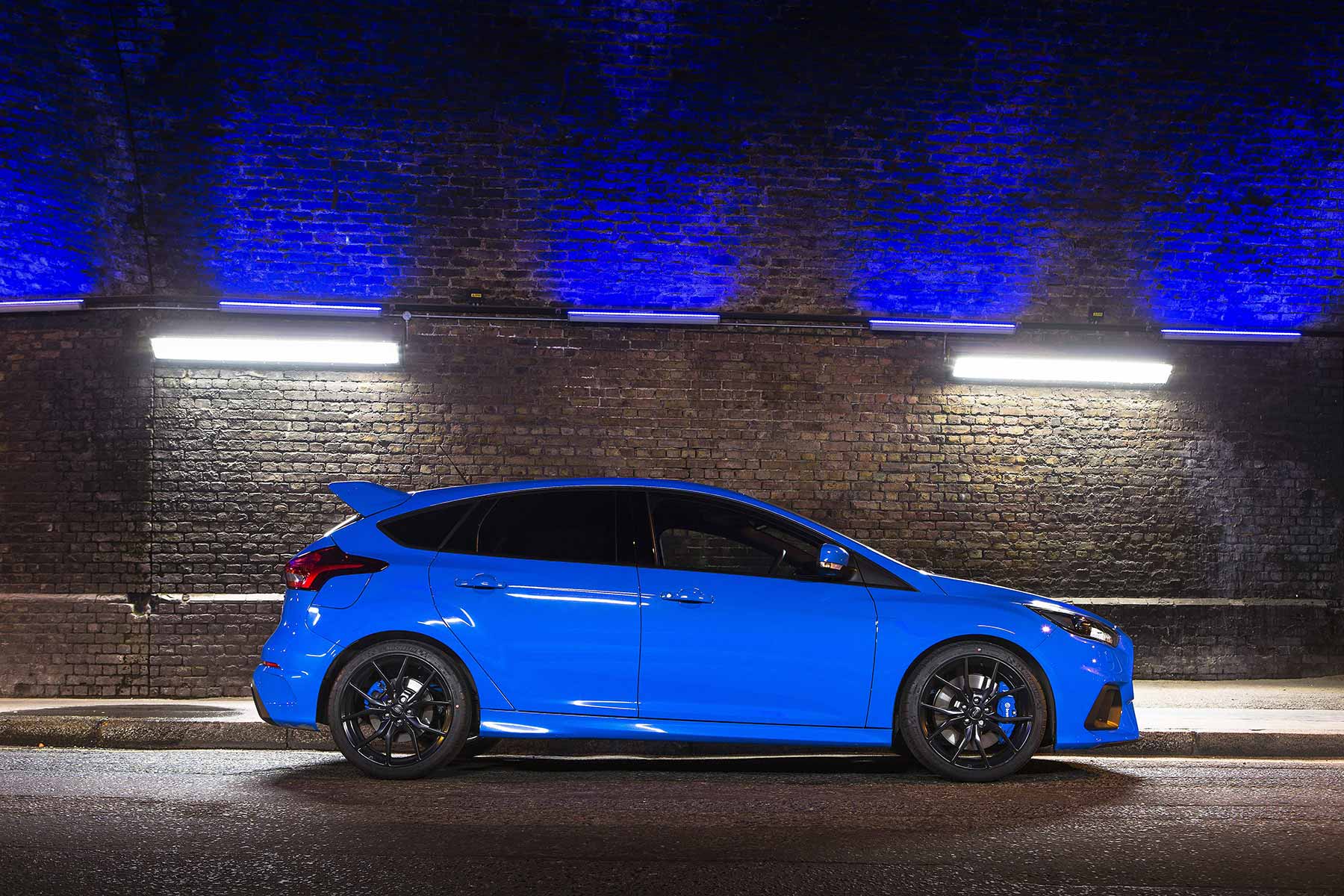 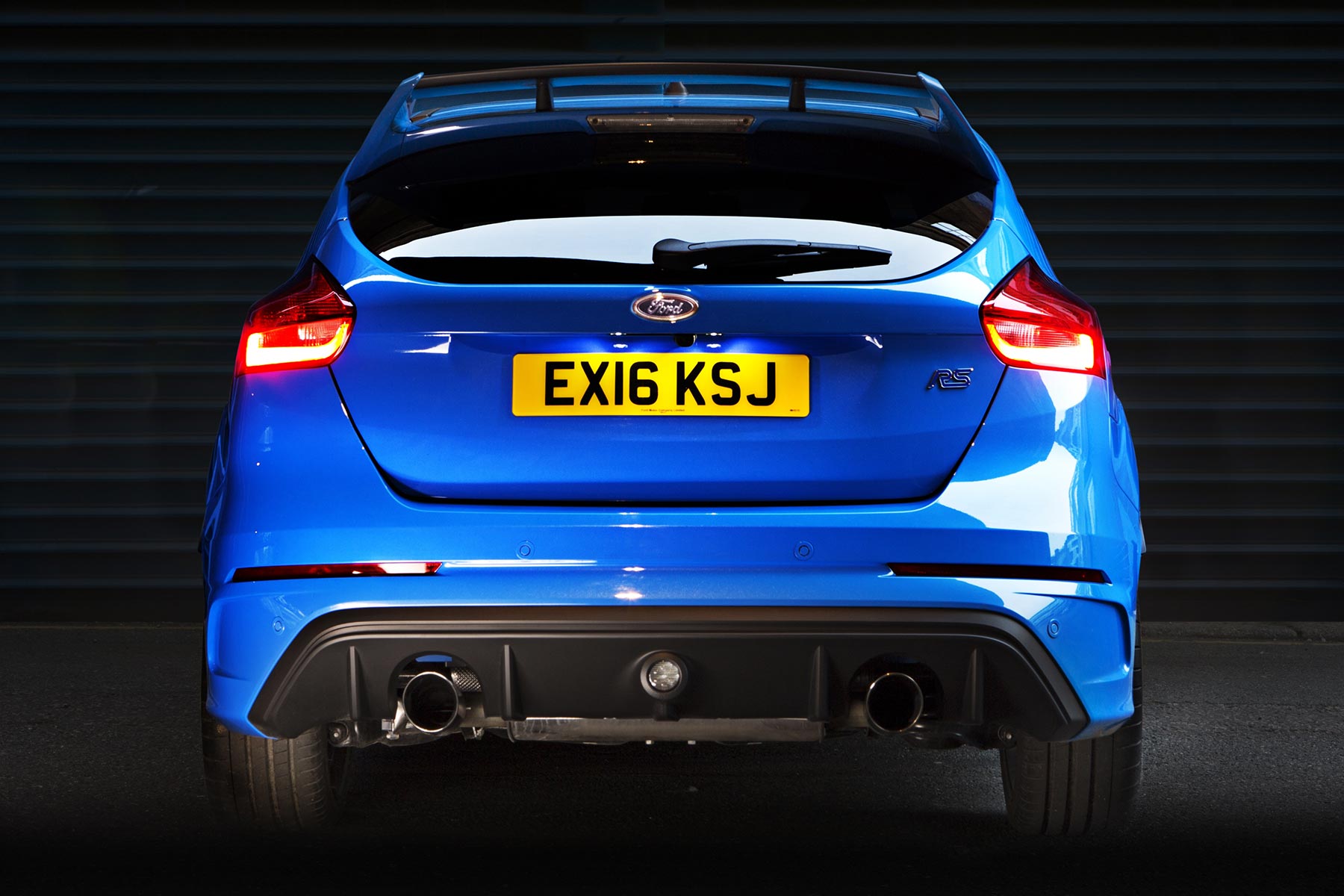 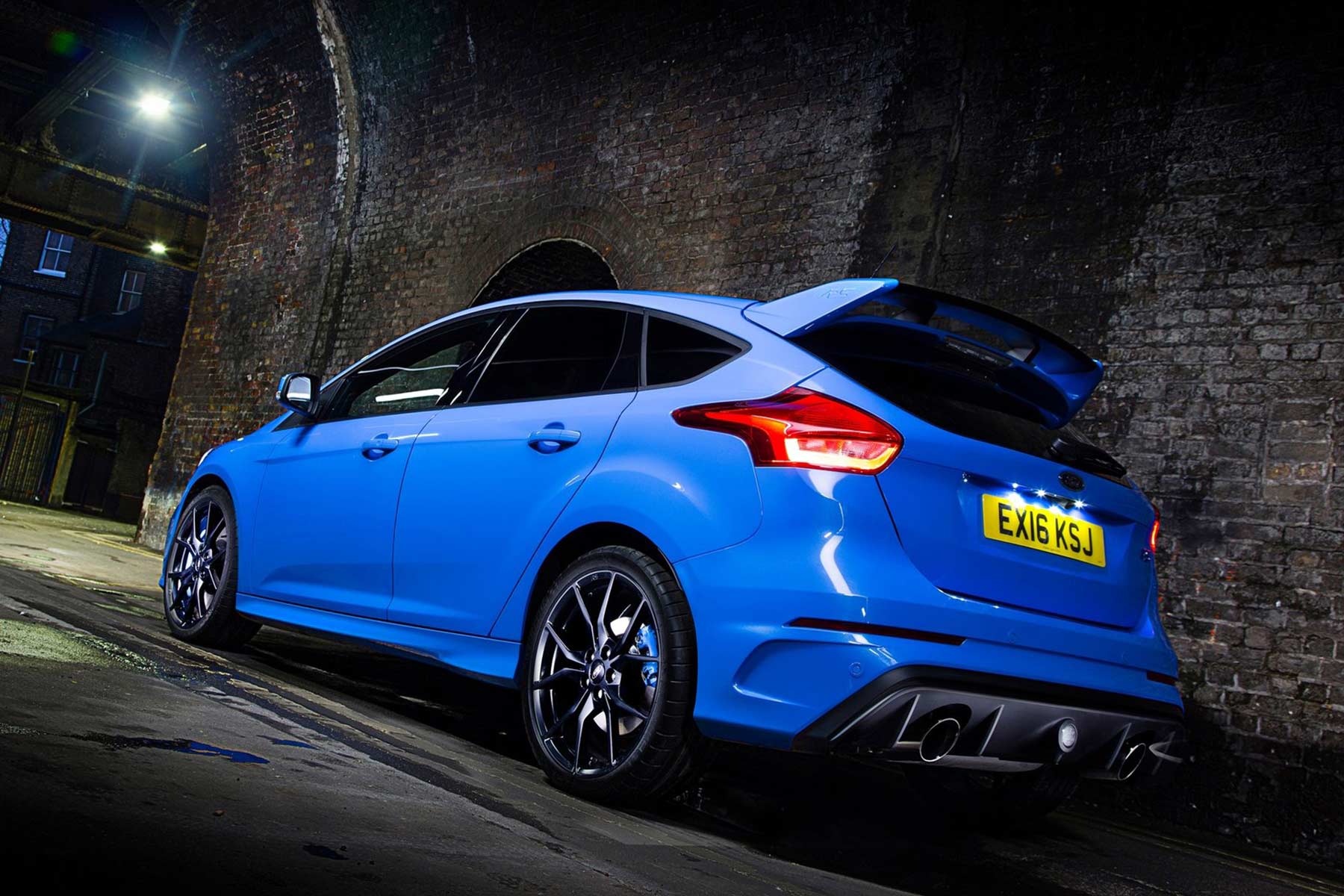 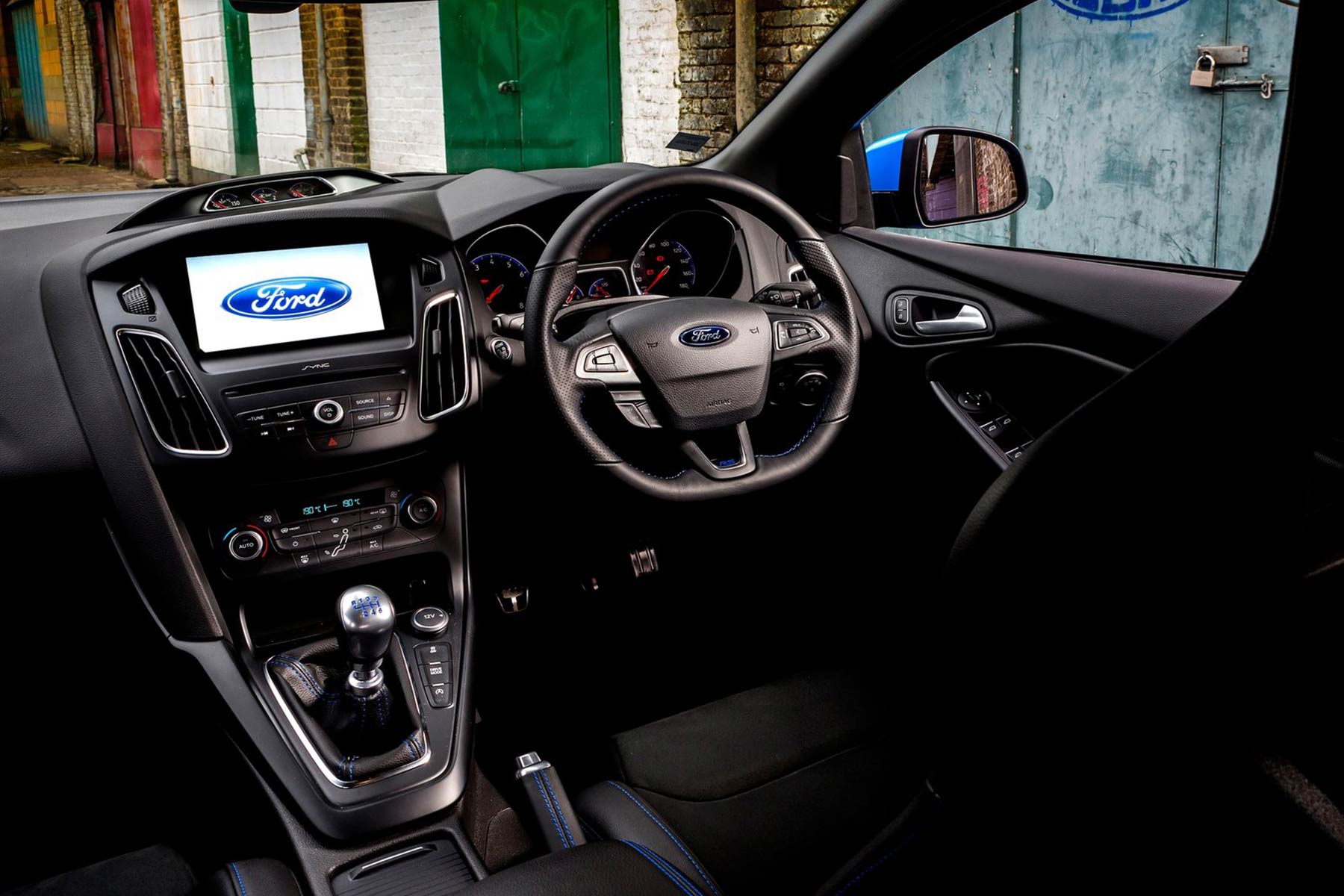 So, for the latest Focus RS, Ford finally acceded to the pleas of enthusiasts (and journalists), who demanded four-wheel drive.

The Mk3 RS didn’t just get any old 4WD system, though: this was a thoroughly modern set-up with torque vectoring to increase agility. That it could send up to 70% of thrust from the 2.3-litre Ecoboost engine to the rear axle also created controversy, thanks to a new ‘Drift Mode’.

Despite its name, Drift Mode would not instantly turn those behind the wheel into Ken Block. Instead, it used the flexibility of the 4WD system to help start slides, then make managing them easier with changes to the suspension damping.

It also helped the Focus RS grab headlines, with some even calling for Drift Mode to be banned for inciting risky driving. 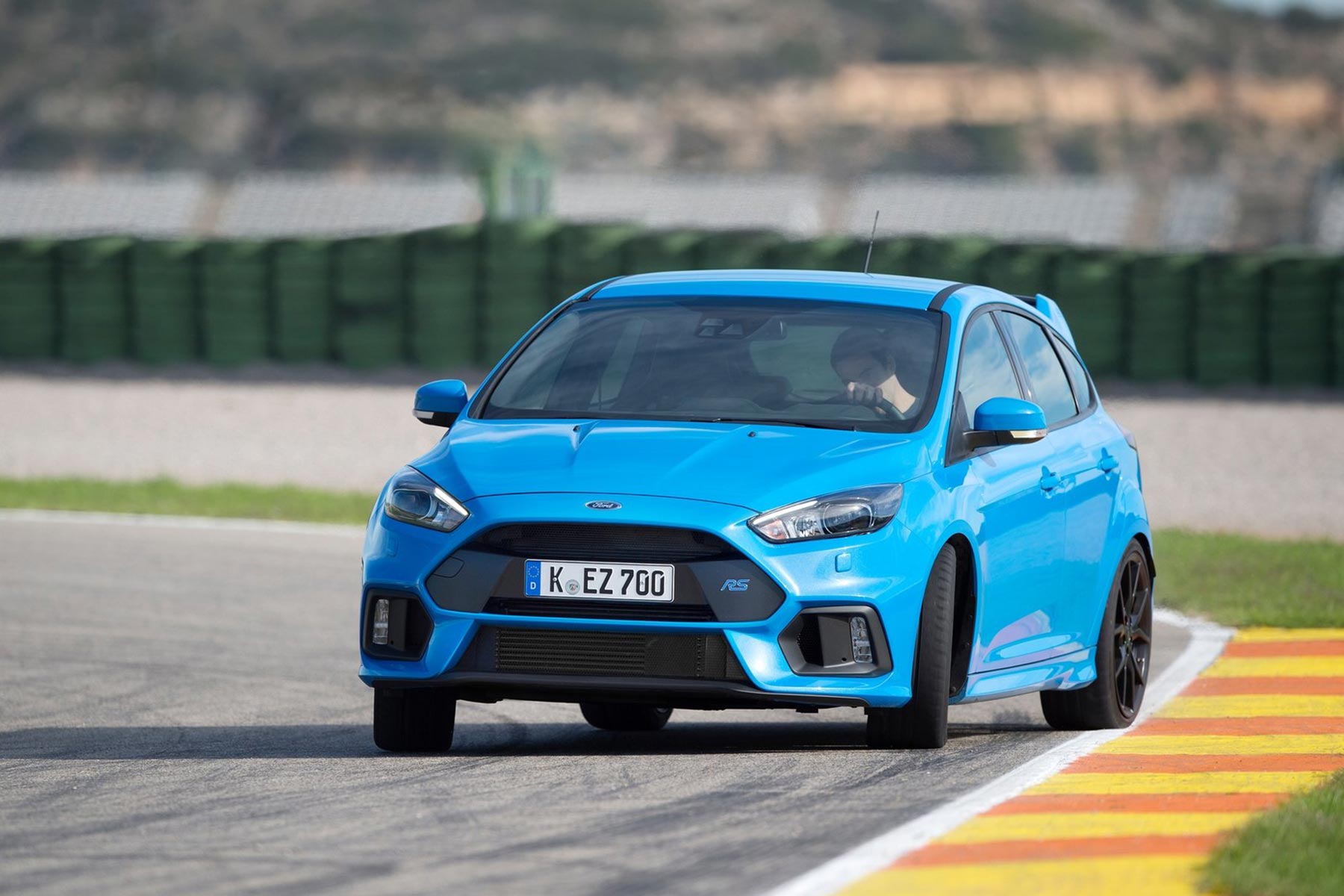 I was the man charged with the enviable job of testing the Focus RS on both road and track in 2016. Excitement among the assembled hacks was palpable, the weight of expectation heavy. I wanted – we all wanted – this car to be great.

We needn’t have been worried. On the mountain roads of our test route, the Focus excelled:

“Throw it into a corner and it simply grips, with layers of fine-tuned feedback fizzing through the steering wheel and awesome 4WD traction as it slingshots you away.”

Performance was also never in doubt:

“And boy, is it fast. Use the Launch Control function – which holds the revs, then dumps the clutch for a full-bore getaway – and it literally thumps you in the back.”

I awarded the Focus a full five stars and, as the reviews rolled in, it became clear many of my colleagues had done the same:

“Ford has kept us waiting a long time for this car, but it doesn’t disappoint. It’s something quite special, a genuinely five-star hot hatch that takes its place alongside the Fiesta ST, Escort Cosworth and other notable fast Fords in the pantheon of greats.” 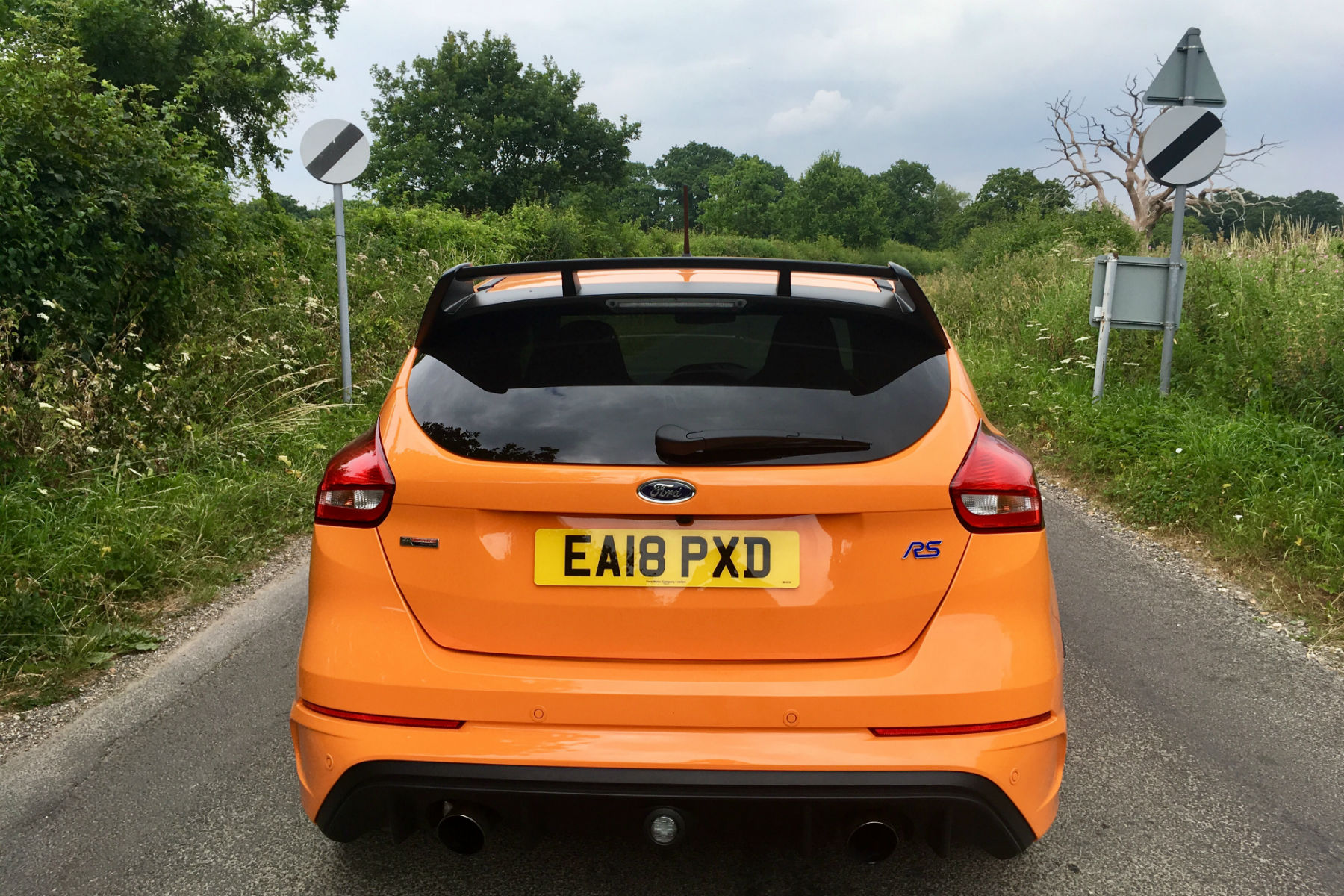 We’re currently in the midst of a second golden age for hot hatches, and much has happened since 2016. New faces at the party include the Hyundai i30 N, FK8 Honda Civic Type R and Renault Megane RS 280. Is the Focus RS still top dog? I borrowed Ford’s last-of-the-line Heritage Edition to find out. Any excuse, right?

For the uninitiated, the Heritage Edition was a one-of-50 last hurrah for the RS, with a 375hp Mountune powerkit, Quaife diff, leather interior and Tief Orange paint. Oh, and a price tag of nigh-on £40k.

It still looks gobsmackingly great (that colour!), but the interior has dated badly. This was a car first revealed in 2010, remember. Also, the Recaro seats are mounted too high and the ride feels very firm on broken British bitumen.

Find the right road, though, and such gripes dissolve faster than a tooth in Coke. The RS is as good as I remembered – perhaps even better with that limited-slip diff to haul it around apices. It’s brutally quick point-to-point, but wonderfully engaging. Despite its in-yer-face image, this is a car with finesse and feel.

No doubt, the Mk3 Focus RS deserves its place in the – ever-expanding – canon of great fast Fords. Many rivals are more rounded, but few offer the driver such rich rewards. 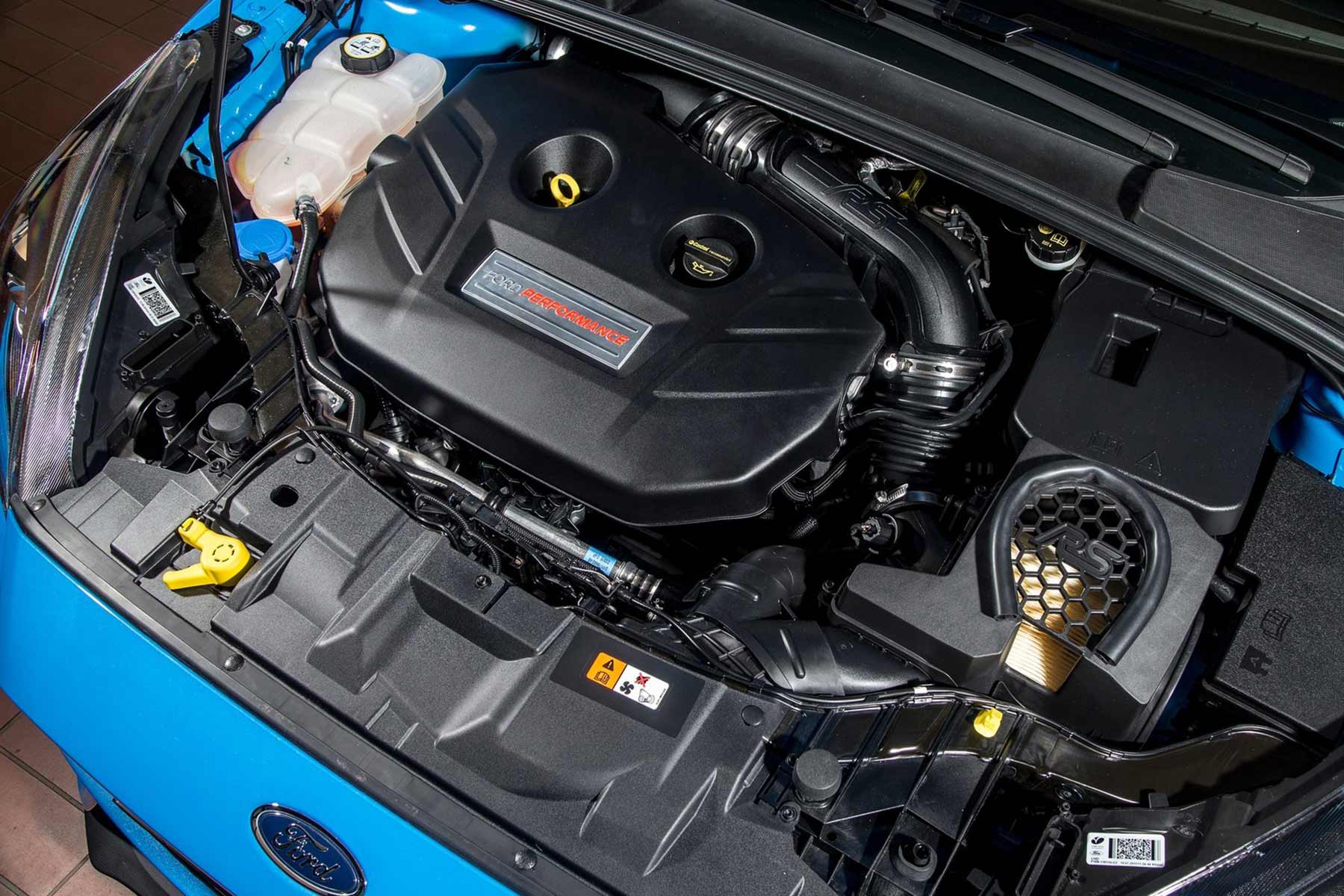 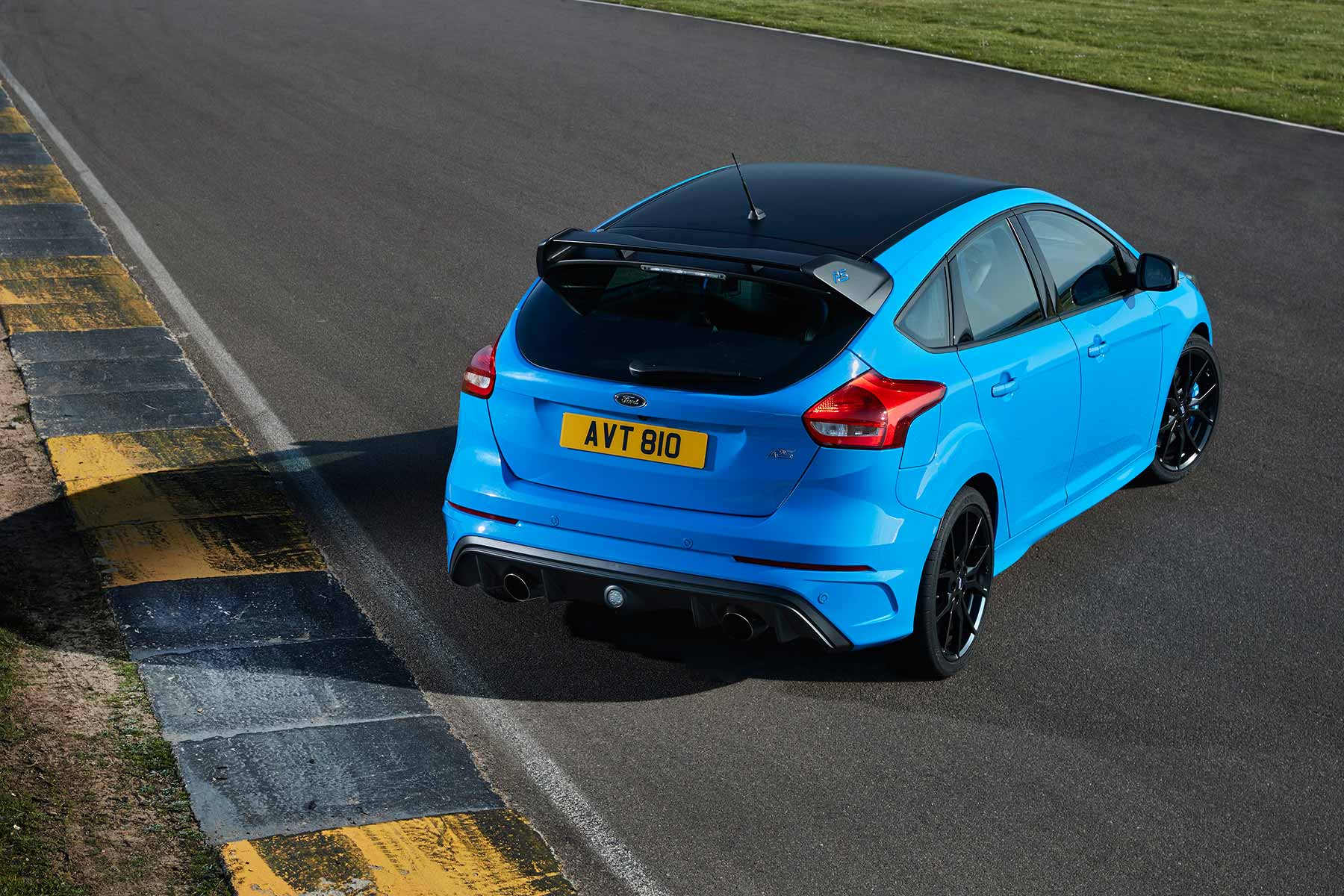 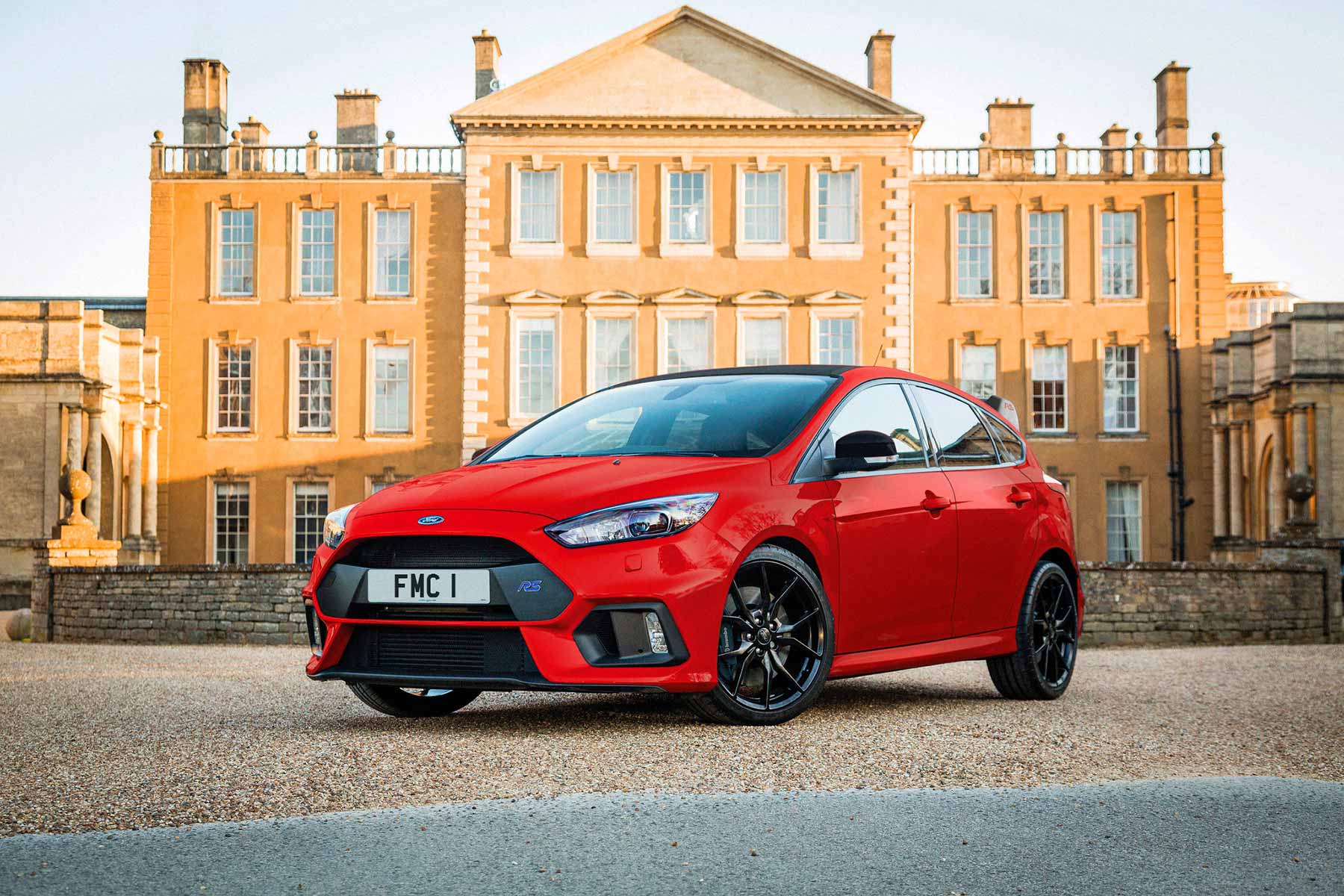 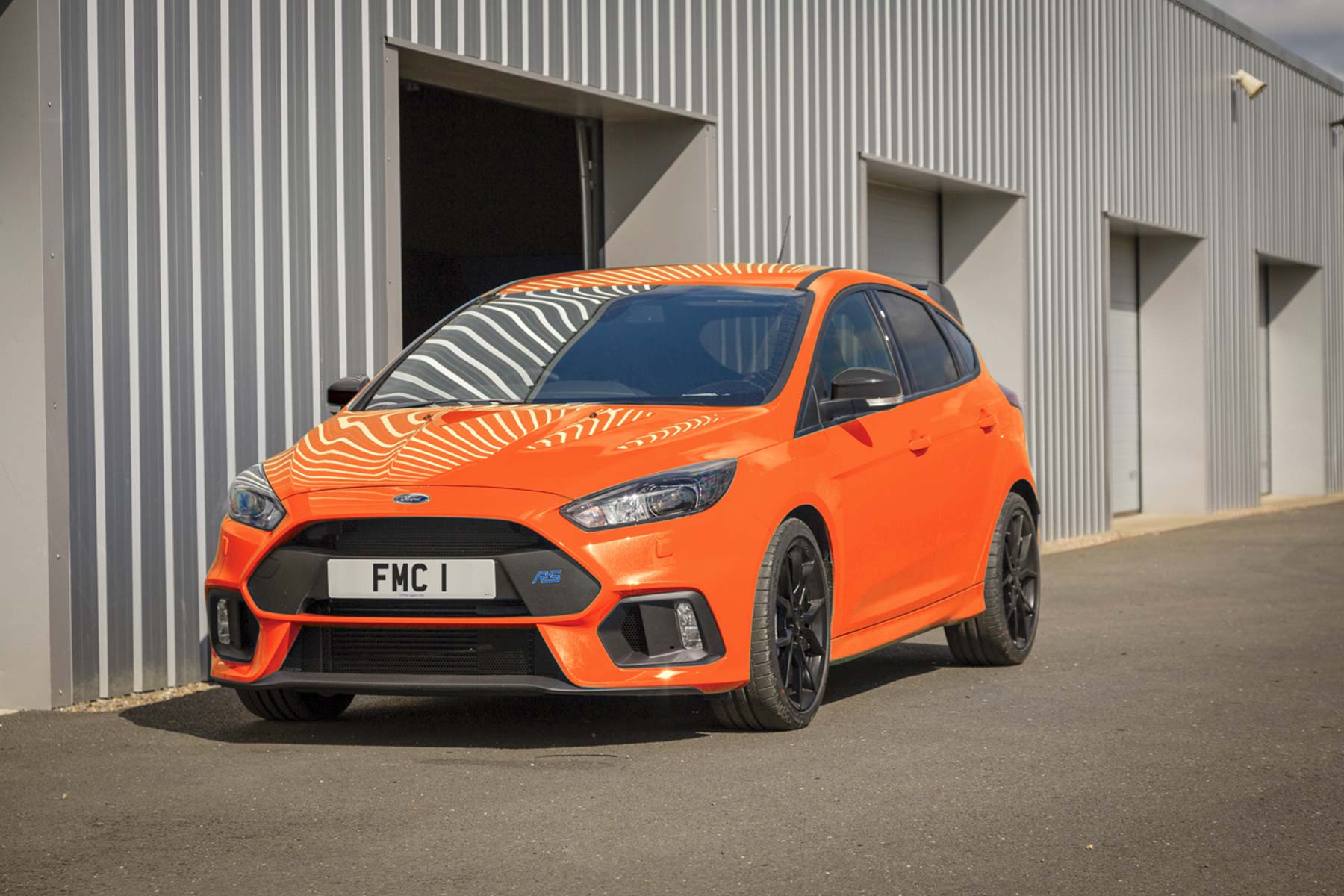 Fast future: what next for the Focus RS? 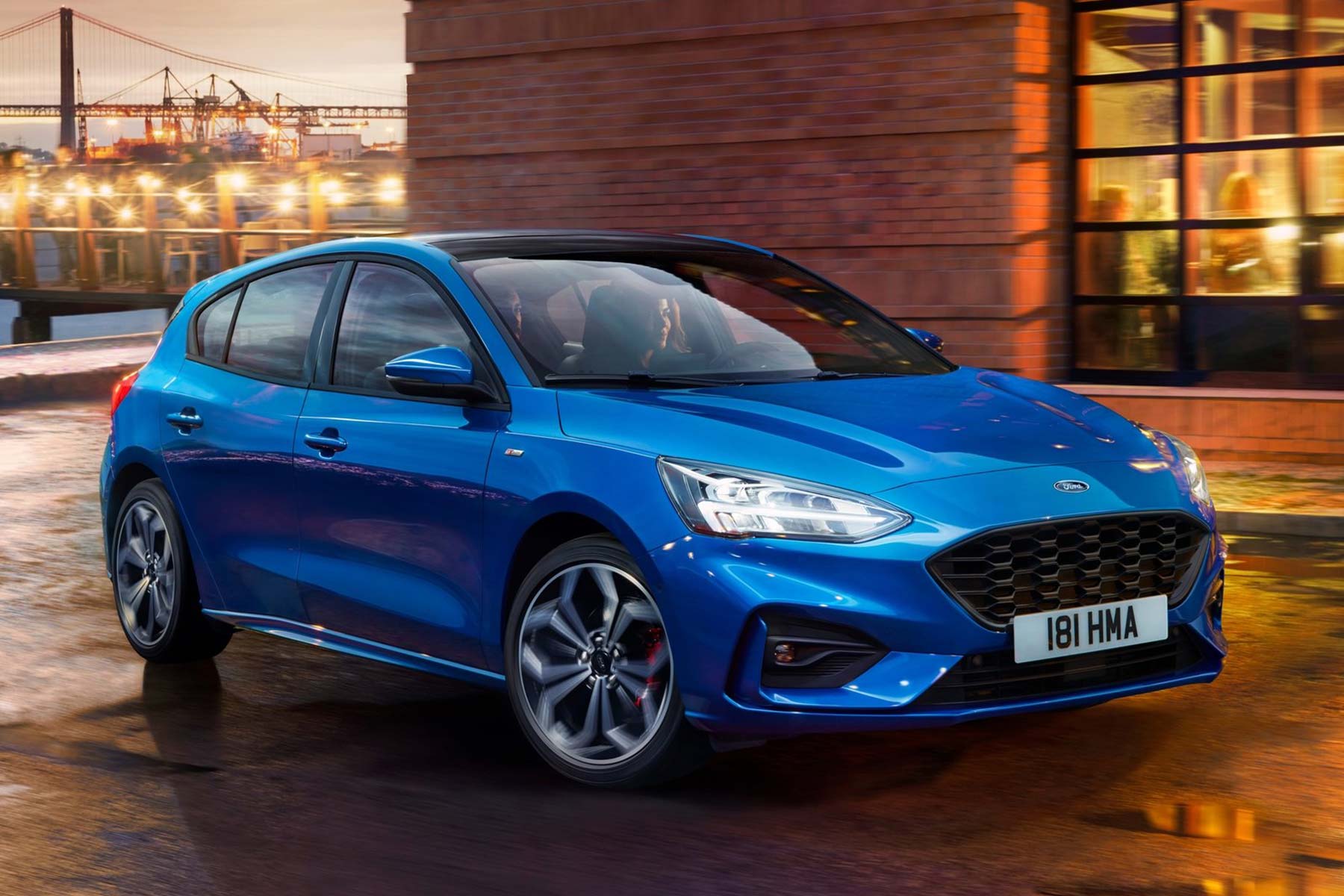 The new 2018 Ford Focus has recently been launched, and once again Tim has driven it:

“Let’s cut to the chase: the 2018 Focus is great to drive. Not overtly sporty, granted, but its chassis has a supple surefootedness – a ‘flow’, for want of a better word – that even disinterested drivers can’t fail to appreciate.”

So, the signs look good for the Mk4 RS, which will arrive further into the model cycle. When, exactly? Well, RS models have only appeared after the mid-life facelift in the past three generations of Focus, but given the popularity of the outgoing car, Ford may well capitalise on demand sooner

Less in doubt is that the Mk4 Focus RS will feature a hybrid powertrain, as Ford Performance has made a commitment to electrification. Expect a 48v mild-hybrid system in conjunction with the existing Ecoboost 2.0-litre petrol engine. A combined output of 400hp seems eminently possible. 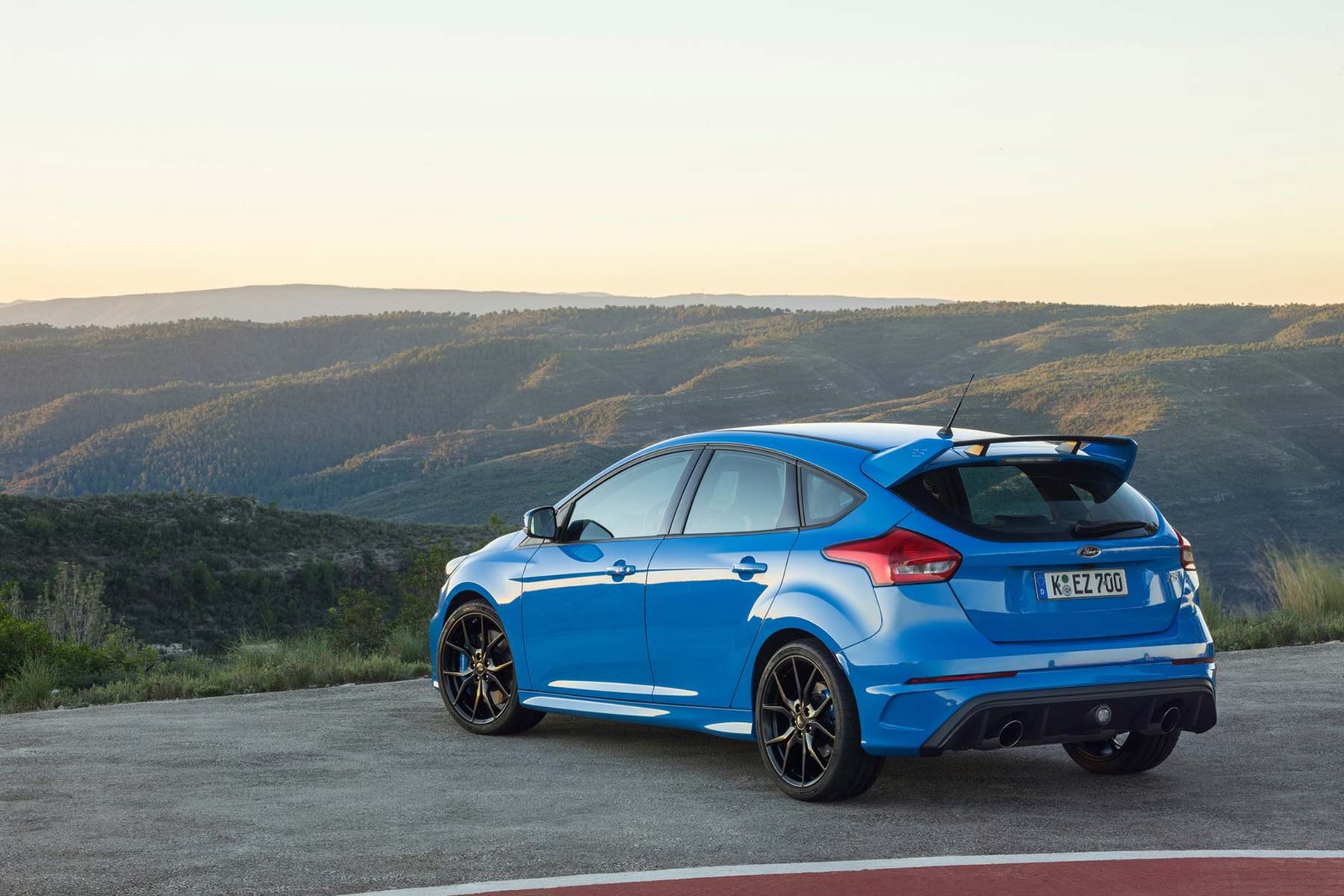 After years of waiting and expectation, perhaps the greatest legacy of the Mk3 Focus RS was that it lived up to the hype. Magazines and websites had speculated on the specification and abilities of the Focus RS for so long that it seemed impossible for the car to actually deliver against the mass of conjecture. But it did.

It’s also impossible to overlook how adding four-wheel drive transformed the car. It made applying 350hp to the road quicker and easier, offered up attention-grabbing options like Drift Mode, and gave the RS true all-weather ability. It also created a link to models like the Escort RS Cosworth, and to Ford’s WRC history.

The Mk3 RS was also important for being the first version to be sold globally in the same specification. For the first time, buyers in North America had access to the hottest Focus, and one sold with the same powertrain and performance as buyers in Europe and Australia.

Not only did this make the Focus RS more sustainable thanks to a wider number of markets, it also helped spread the cult of fast Ford hatchbacks ever wider. 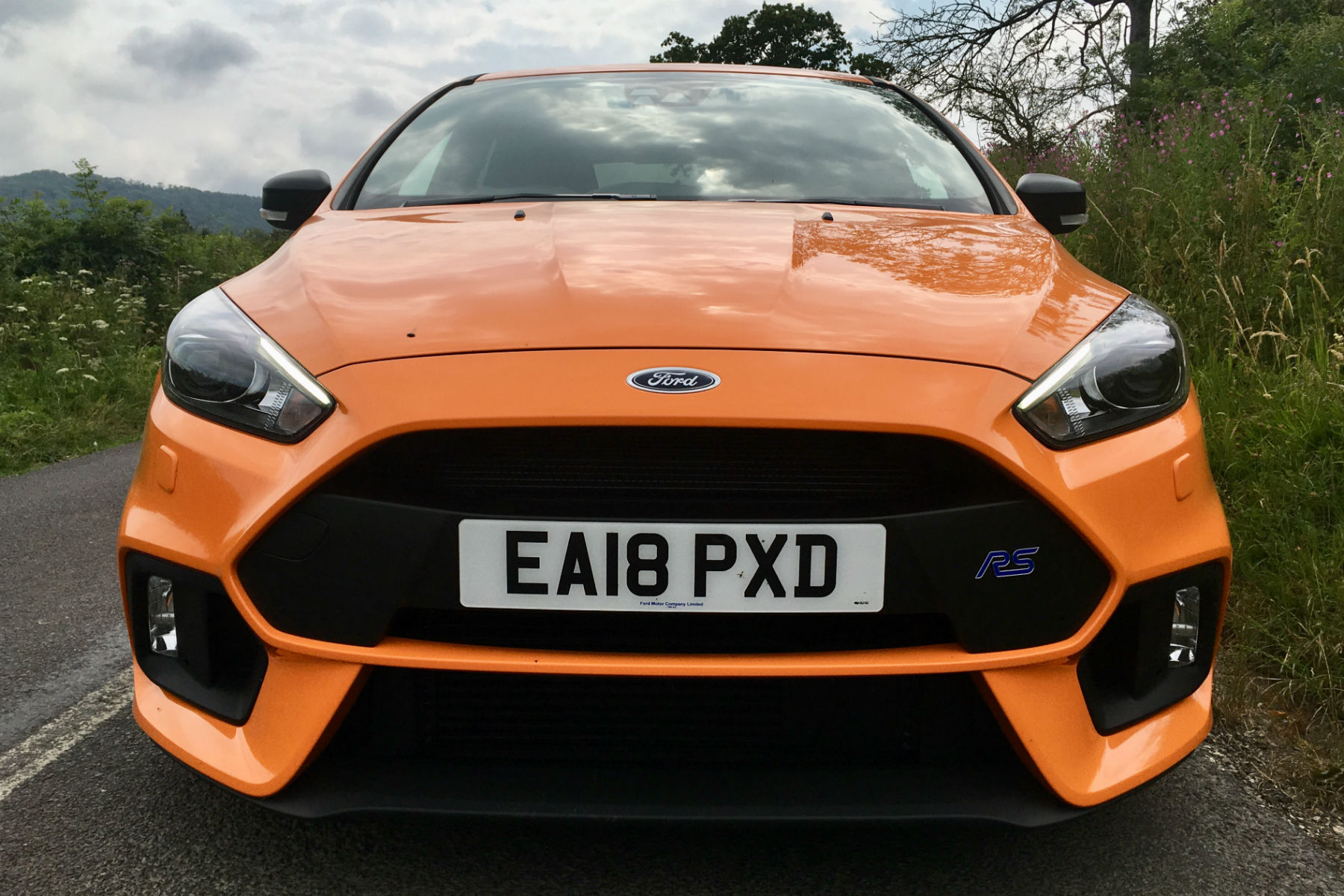 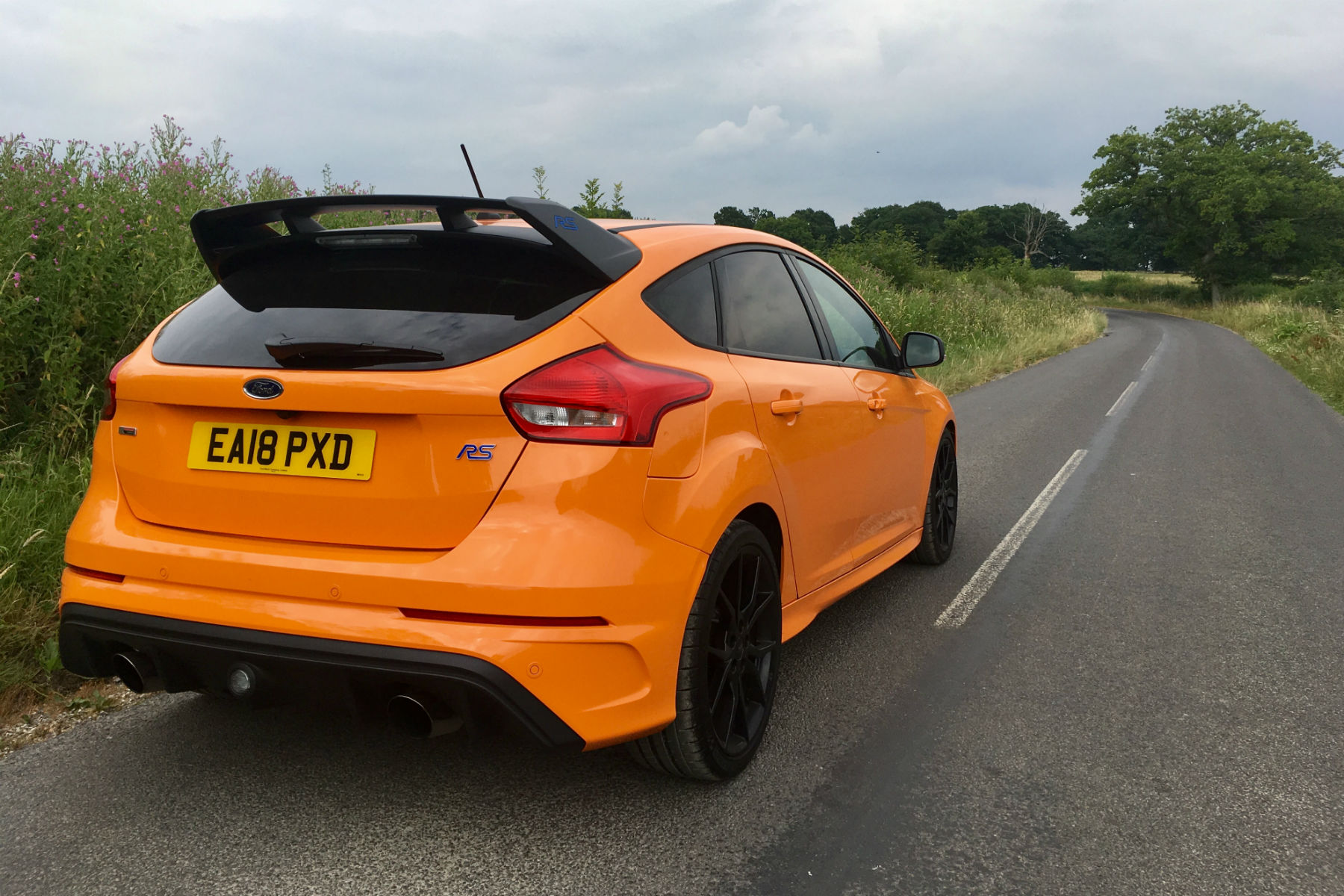 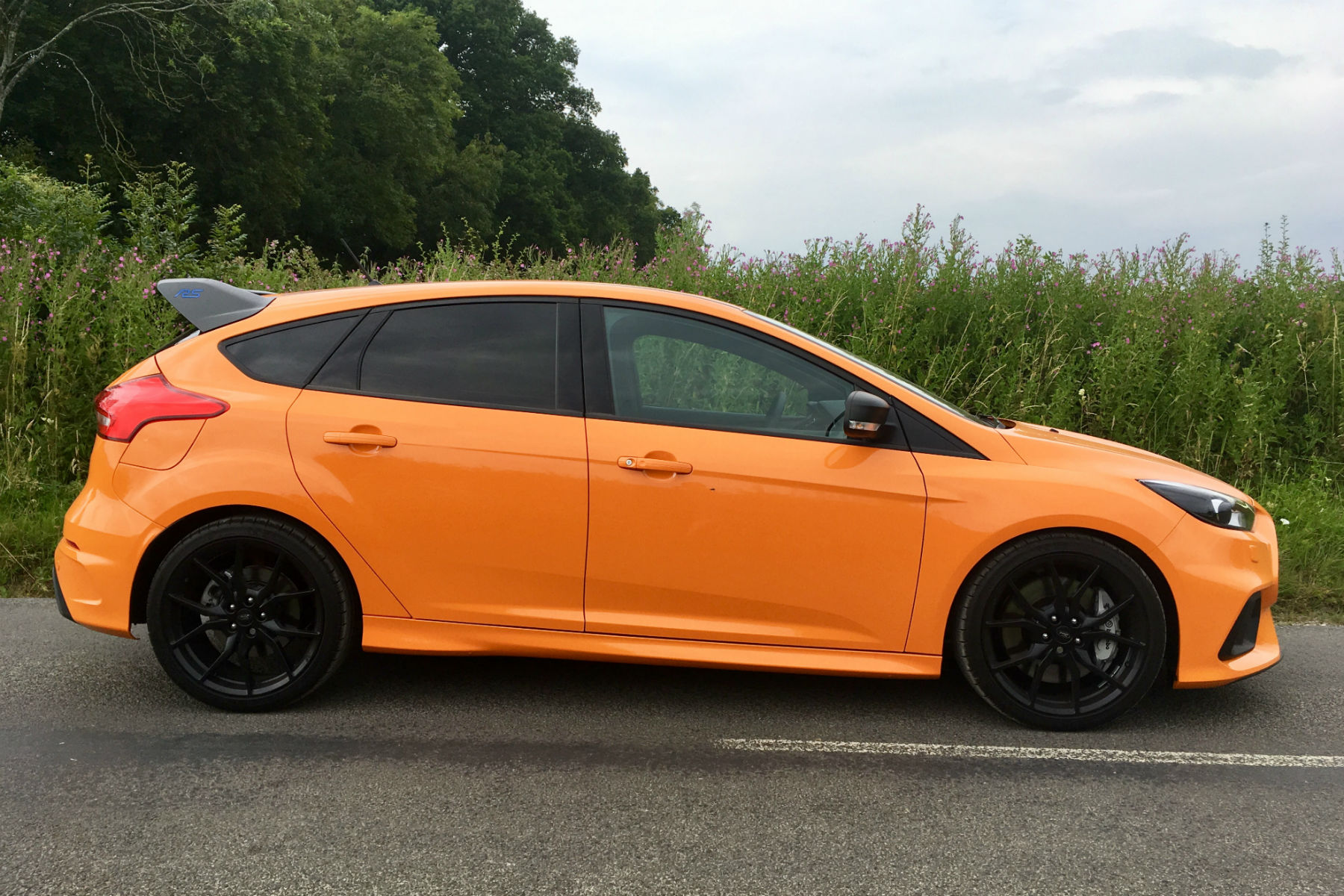 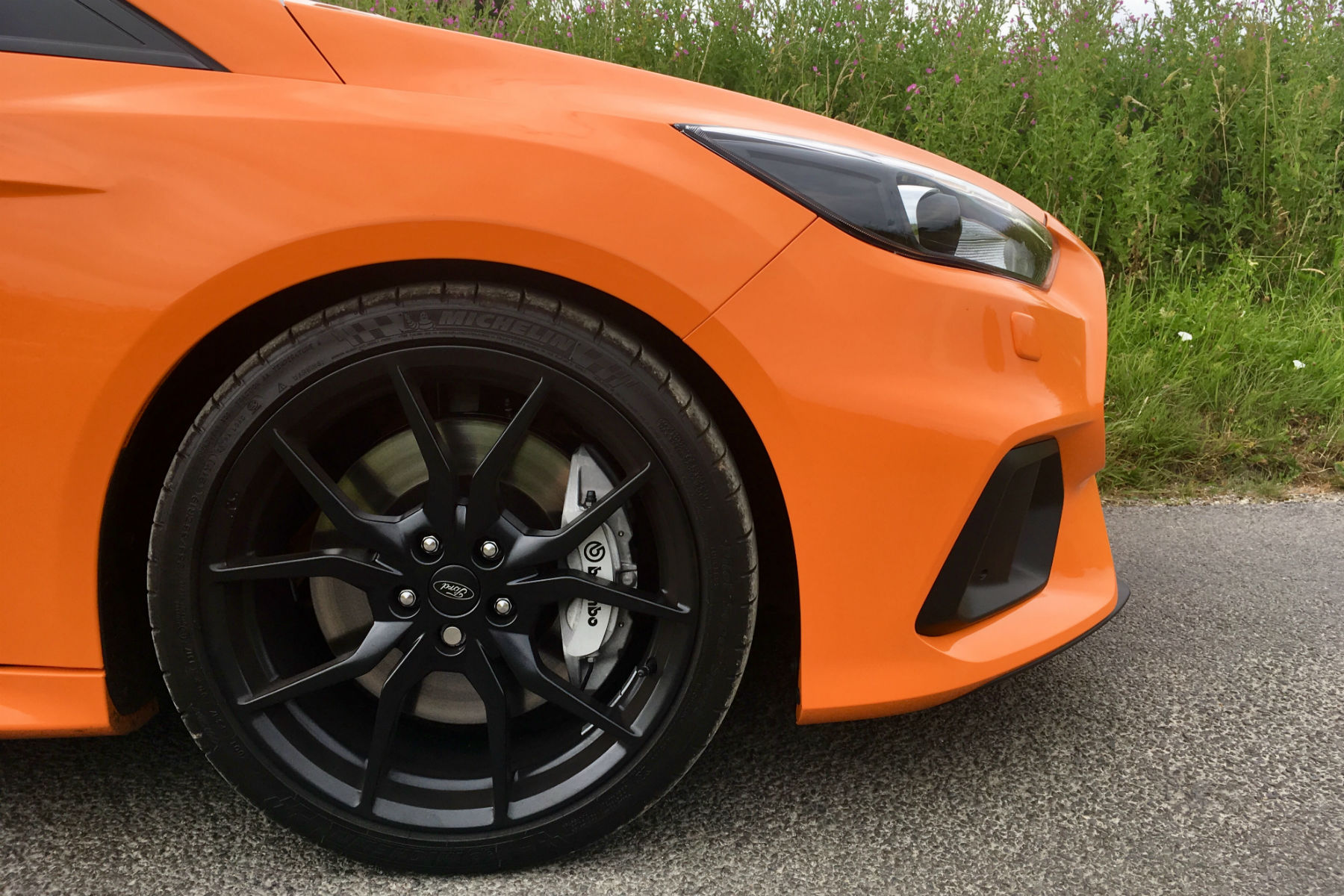 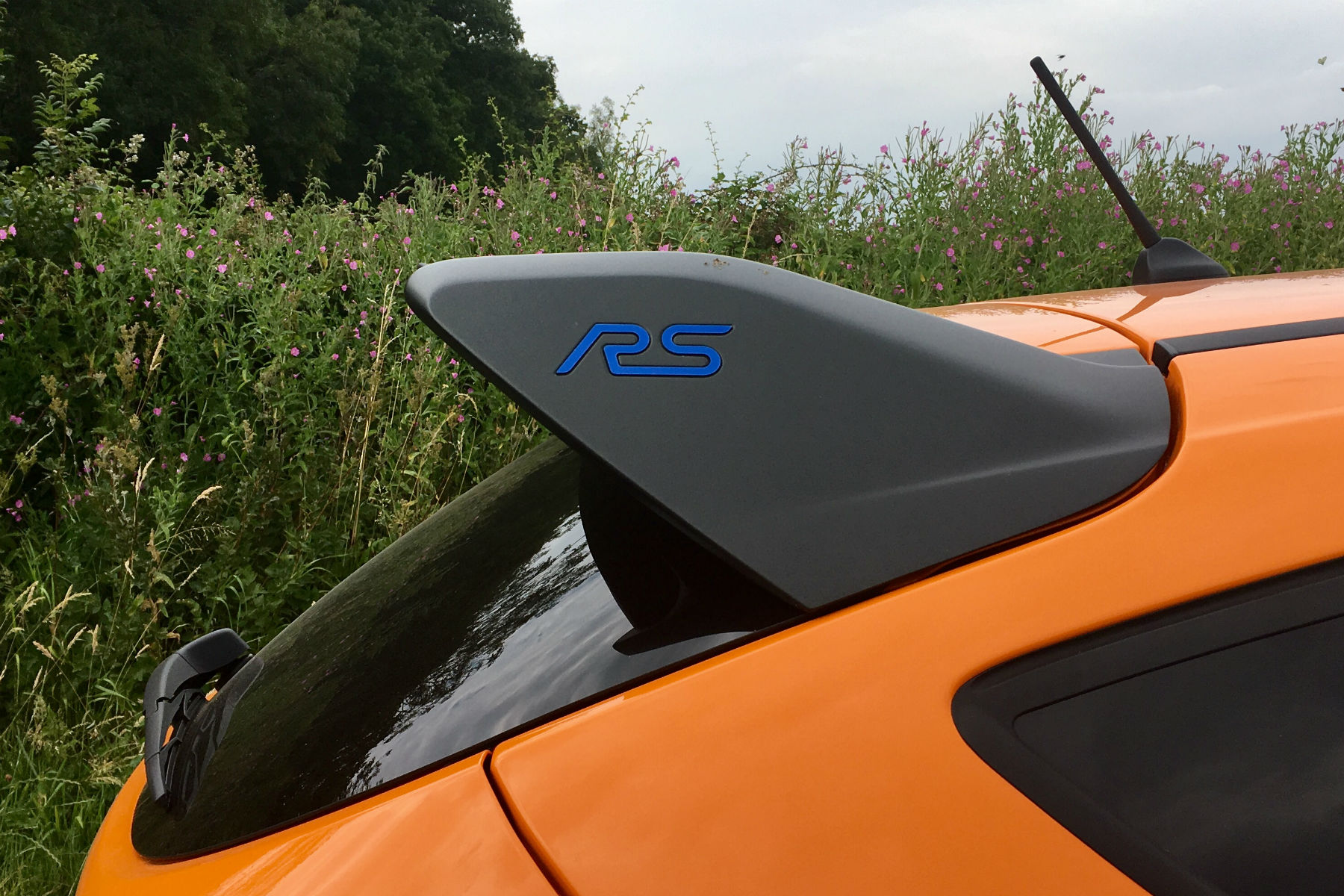 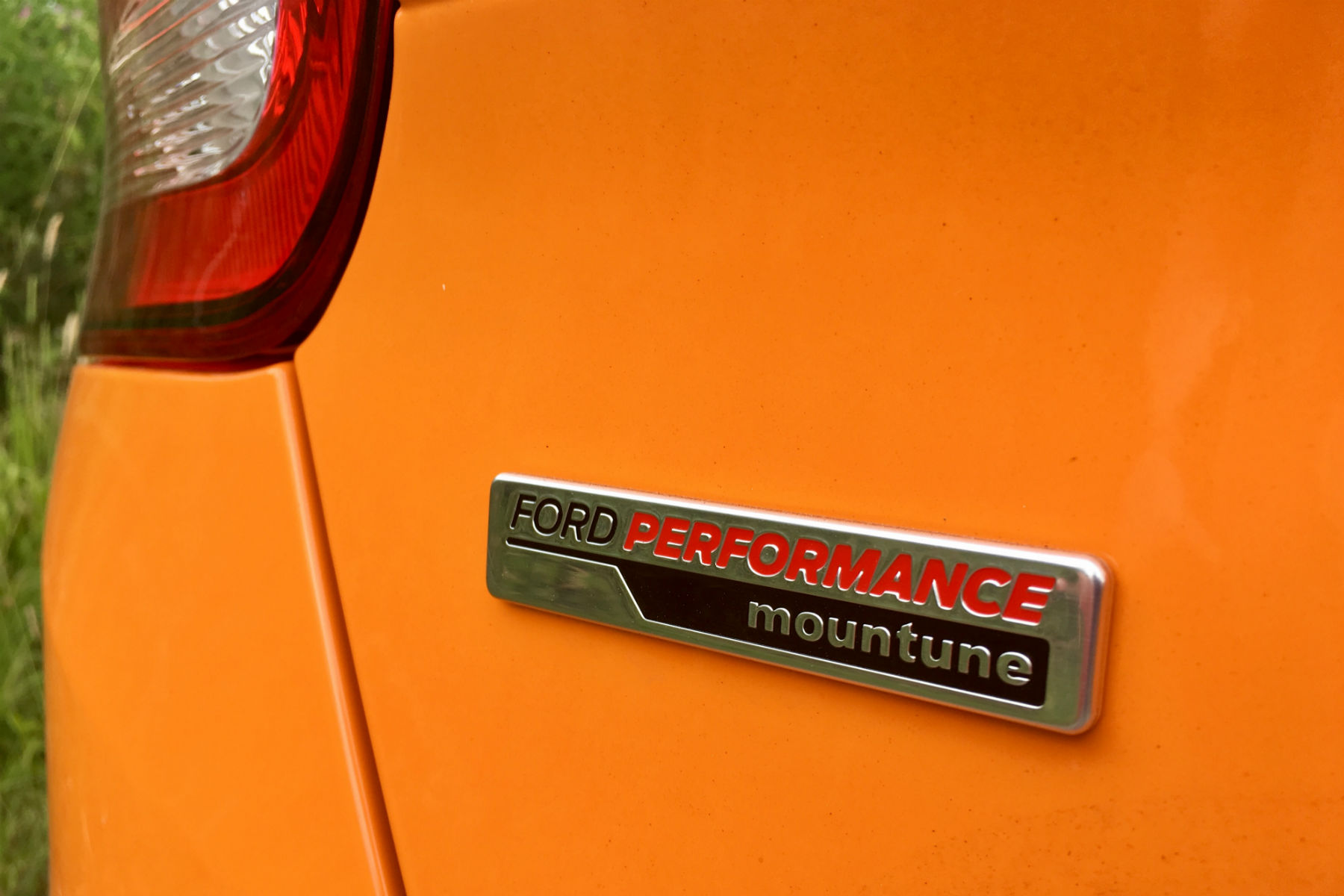 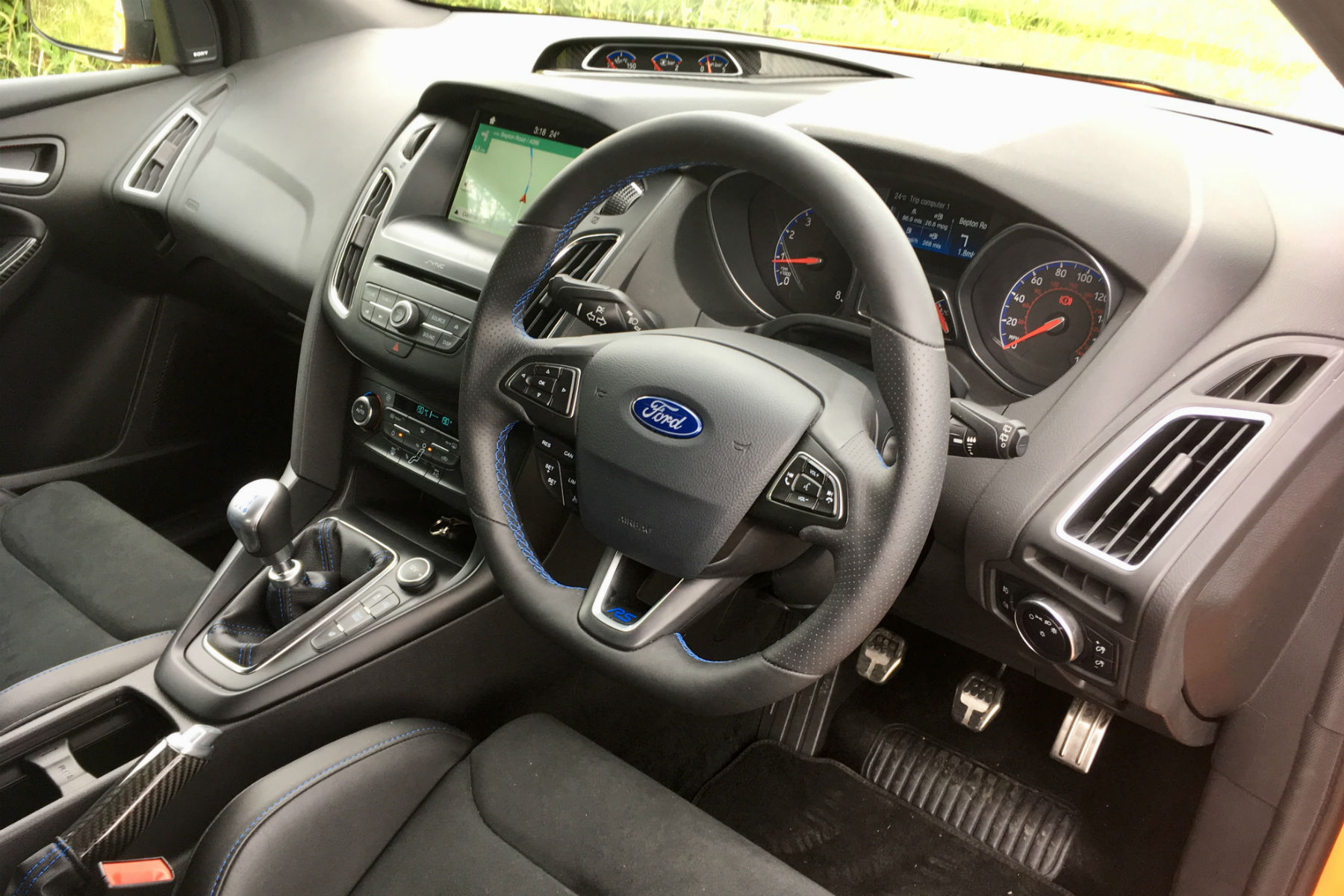 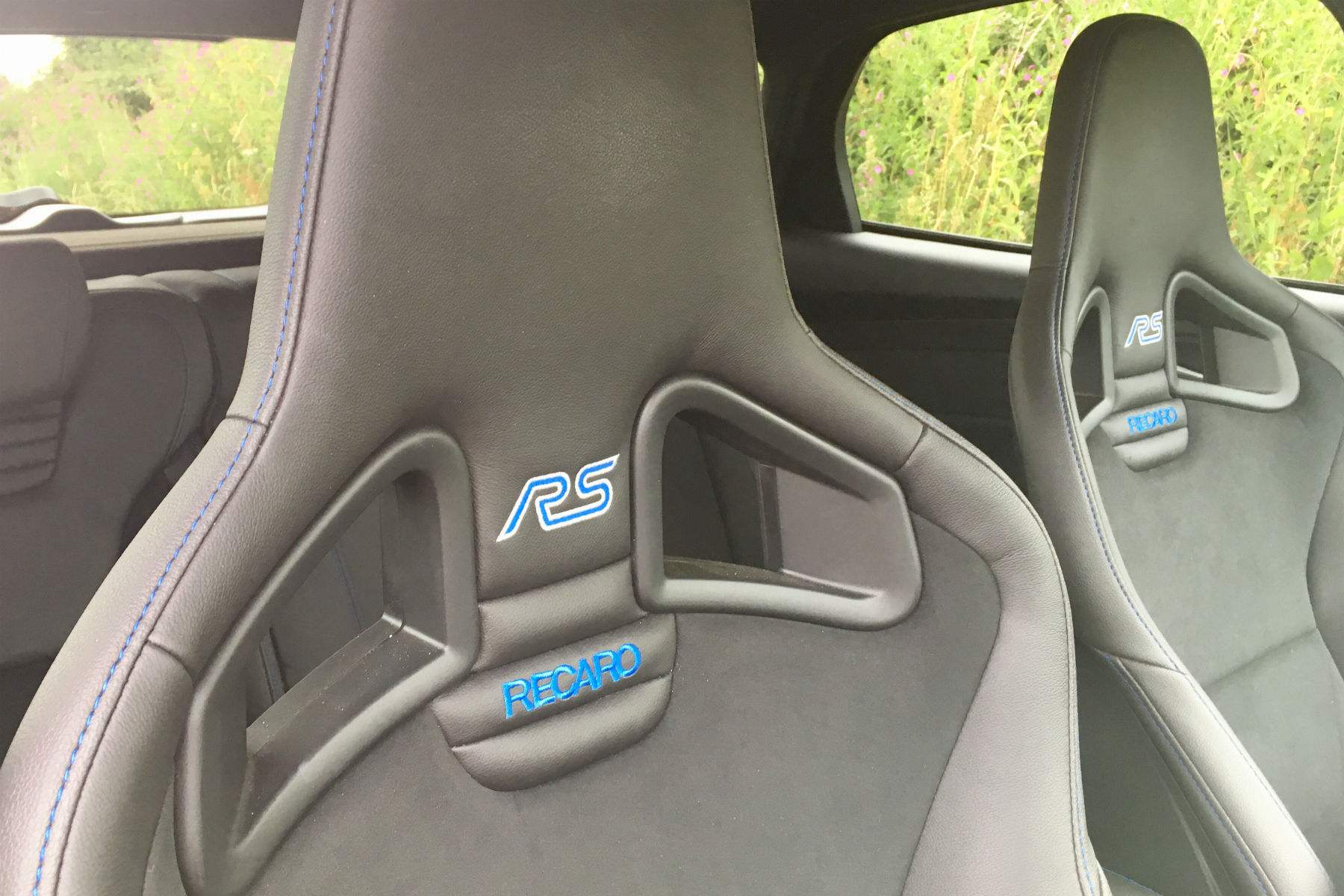 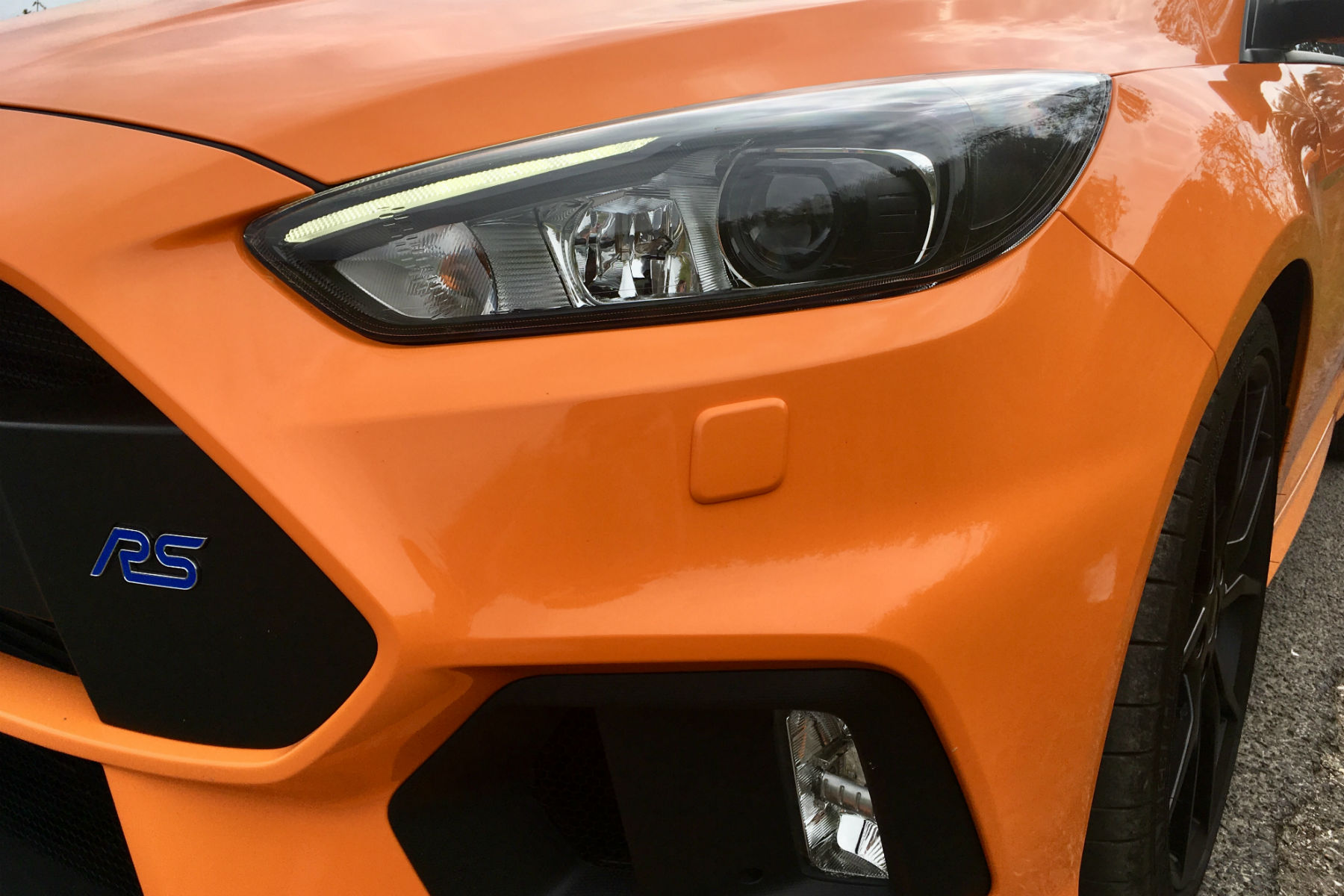