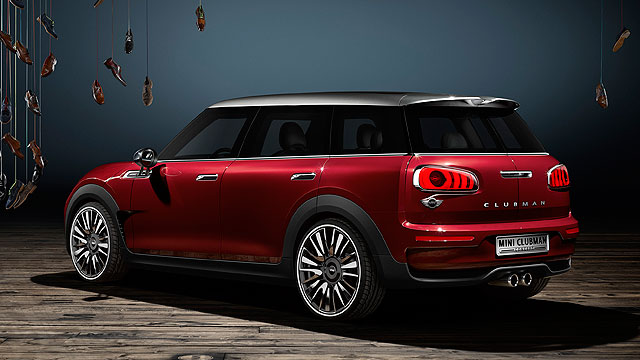 MINI will preview the future of the Clubman at Geneva 2014 with a bigger model that has four passenger doors, not three.

Gone is the single rear-hinged ‘Clubdoor’ of the current car, and in its place come two conventional front-hinged rear doors.

As the Clubdoor was on the wrong side for Brits anyway, few will mourn its loss. 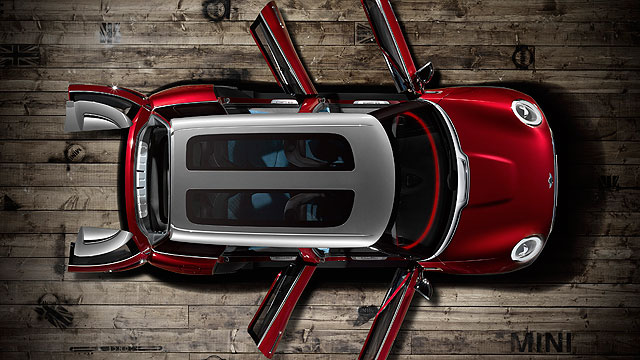 In all, the new MINI Clubman Concept is a huge 260mm longer than the current car, and 170mm wider. These represent massive growth and show MINI’s determination to make the next Clubman more of a success.

The Clubman Concept doesn’t preview the much-rumoured five-door MINI Hatch, though; that’s an additional model expected to come along later, maybe for the Paris Motor Show 2014.

Rather, see the MINI Clubman Concept as an estate version of the regular MINI.

A much bigger MINI

He admits it enters a new class: “With the MINI Clubman Concept we are presenting a car with space, flair and style in a segment where the focus is mainly on function and utility… it offers an overall experience which remains unique in the segment to date.”

BMW is at pains to point out what it identifies as traditional MINI styling cues: circular headlamps, hexagonal grille, floating roof and side scuttles. It also has a distinctively long wheelbase, flat side windows and short overhangs. 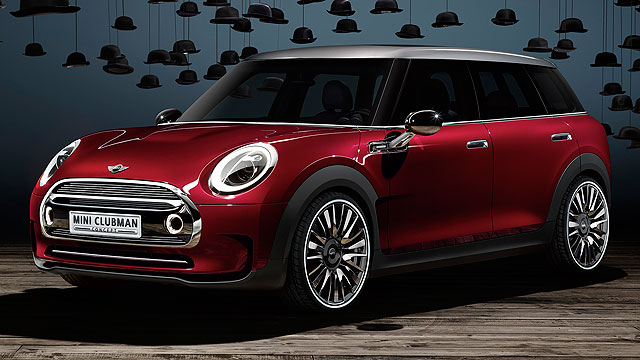 It also has bigger BMW technology, most notably the AirCurtains in the front apron. These are complemented by new AirBreathers at the side – check out the distinctive air scoop in the front wheelarch. 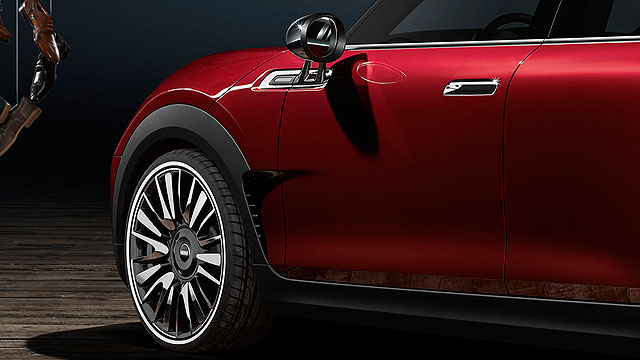 MINI has retained the twin rear doors that define the Clubman. They’re now apparently made from composite, which helps give the Clubman Concept a one-piece wraparound ‘bracket’ look that is most clearly seen from above.

Note the twin light strips in the roof too: these are made from Plexiglas… suggesting the MINI Clubman Concept has a BMW-style composite roof too?

Inside, MINI claims all five seats are “fully-fledged” pews. There’s a double load floor, stowage slots in the rear Clubdoors and even pouches in the doors; all to try and replicate the ingenious stowage solutions of the original Mini.

It’s the dashboard that’s perhaps the biggest talking point though. It retains the central round display but around this is an entirely new dash concept for MINI, one different to that of the recently-previewed MINI Hatch. 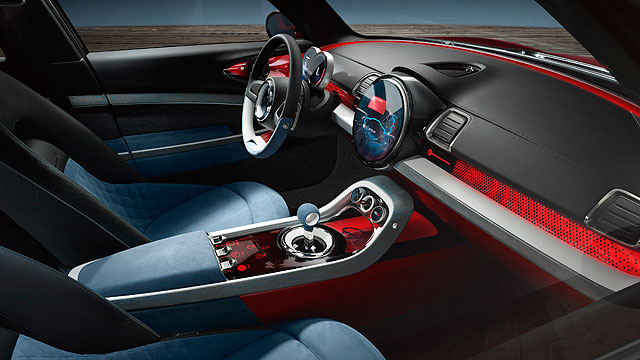 This is a more upmarket design, one more suited to a larger supermini or family than a city car: expect a variation of it thus to appear in other larger MINIs as they roll out in coming years.

Rather neatly, the traditional MINI toggle switches are retained. Only here, the three switches are ‘intelligent’, and can be programmed to particular functions or content access. Haptics means they can even be operated through the particular tasks they’re assigned for without looking.

MR will be at the Geneva 2014 show next week covering all the exhibits, including the MINI Clubman Concept, for our various clients.