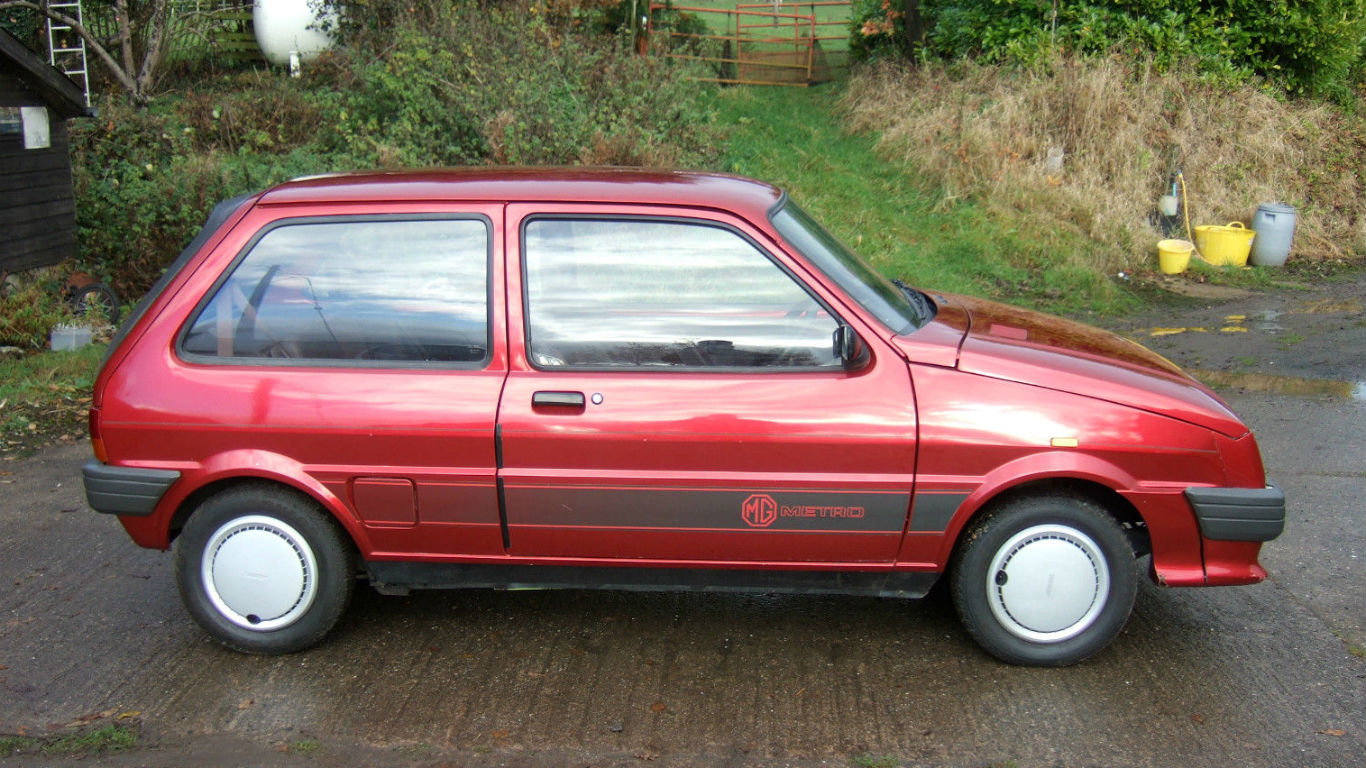 A one-off Austin Metro designed as an experimental safety vehicle at a cost of £1,000,000 has been listed on eBay with a £2,000 starting bid.

Despite being badged as an MG, this unusual concept car is based on an base-spec Metro L with a 998cc petrol engine. It was developed in 1985 by the Transport Research Laboratory with a focus on developing features that could benefit pedestrians in the event of a collision, hence its name ‘Pedestrian Safety Car 1’.

While the seller says there are too many modifications to mention, he highlights the raised and lengthened hand-made clamshell bonnet. The headlights are designed to move back in an impact to protect pedestrians, while the bumper is filled with foam. Underneath, the subframe and floor have been strengthened.

We can see more modifications inside – wider door cards appear to be hiding extra protection (welcome, no doubt, as the Metro isn’t the safest car in the event of a side-impact crash); while the steering wheel looks like it might house an airbag.

The seller reports that it was initially used on a European tour demonstrating its advances – where it was insured for a cool £1 million, hence its nickname as the ‘million-pound Metro’. After a few improvements, the Metro was taken out to the States for the Experimental Safety Vehicles conference held in Washington in 1987.

With just 9,000 miles on the clock (believed to be genuine), the Metro has led an easy life but would require some work to get it back on the road, the seller reports. Indeed, an online search doesn’t reveal when it was last MOTed, but it was taxed last year.