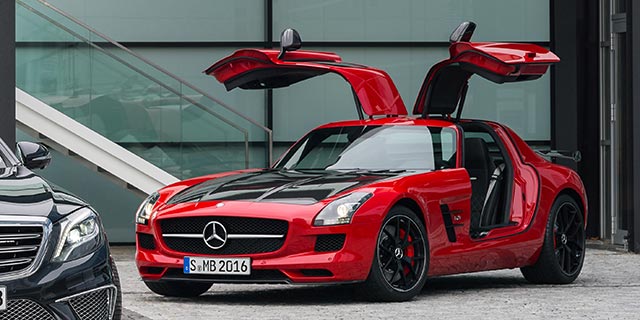 Bad news! The slightly nutty Mercedes-Benz SLS AMG with its gullwing doors and big 6.2-litre V8 is coming to the end of its life.

Good news! The company wants to give it a good send-off so is introducing a limited run of 350 Final Edition models.

Non-news! It’ll have a few exterior tweaks (note the black bonnet) and the inside should see a bit of a makeover, but the engine won’t be touched. That’s a bit disappointing, Mercedes!

Power will still come from the 6.2-litre V8 engine that produces 591hp and accelerates the SLS to 62mph in 3.7 seconds and on to a top speed of 199mph.

It’s not slow by any means, then, but the sledgehammer that was the Black Edition had 622hp. It wasn’t all that much quicker (in comparison) – reaching 62mph just 0.1 of a second quicker than the standard version – but we’d still like to have seen more from the Final Edition.

If Mercedes-Benz can give its luxury S-Class saloon a V12 with 630hp, why can’t it do more with its bonkers supercar?