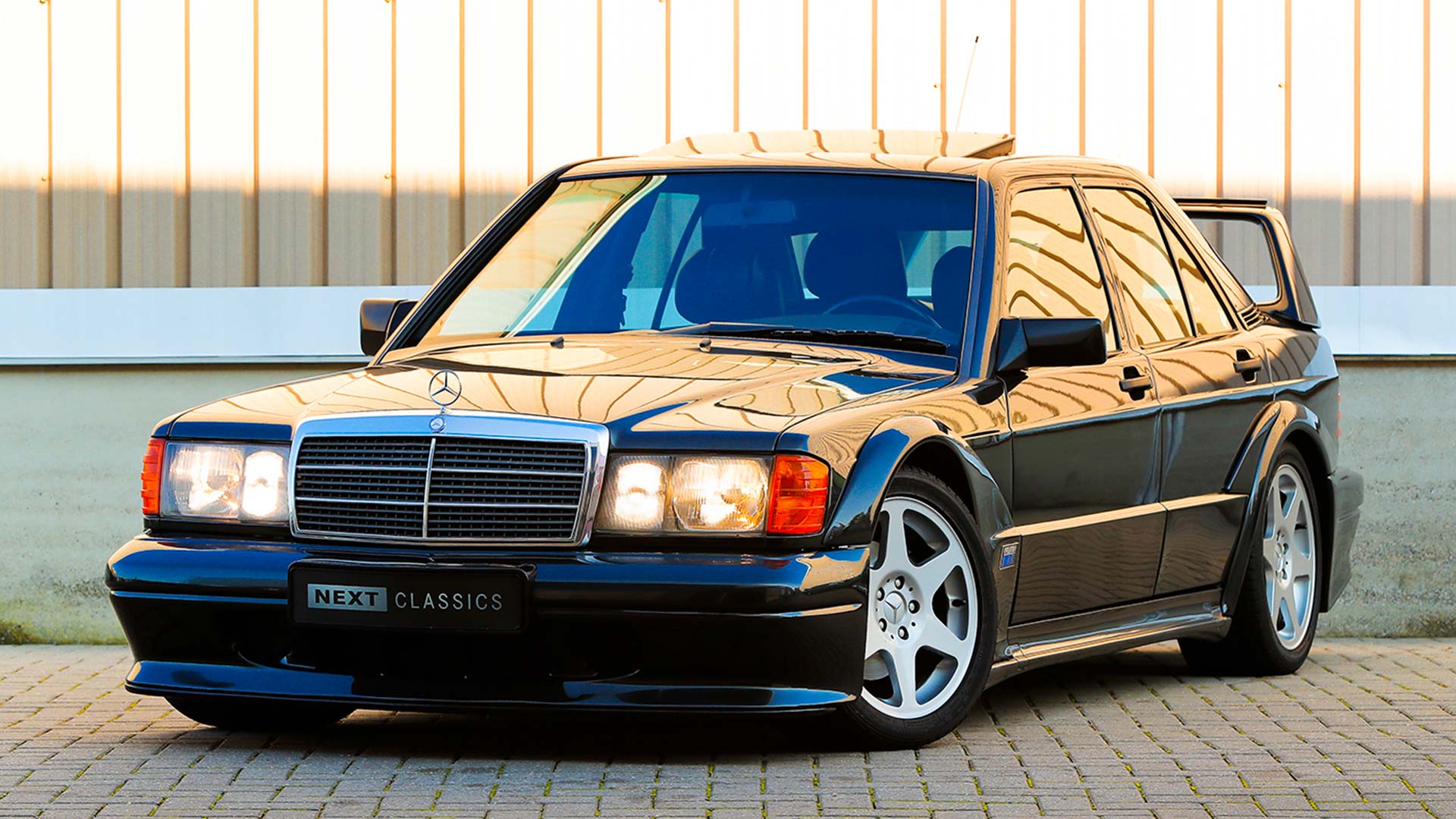 Mercedes-Benz might today produce an entire range of aggressive performance cars, but things were a little different three decades ago.

But this retro Benz is about more than just the looks, being a true road-going version of a successful racing car. 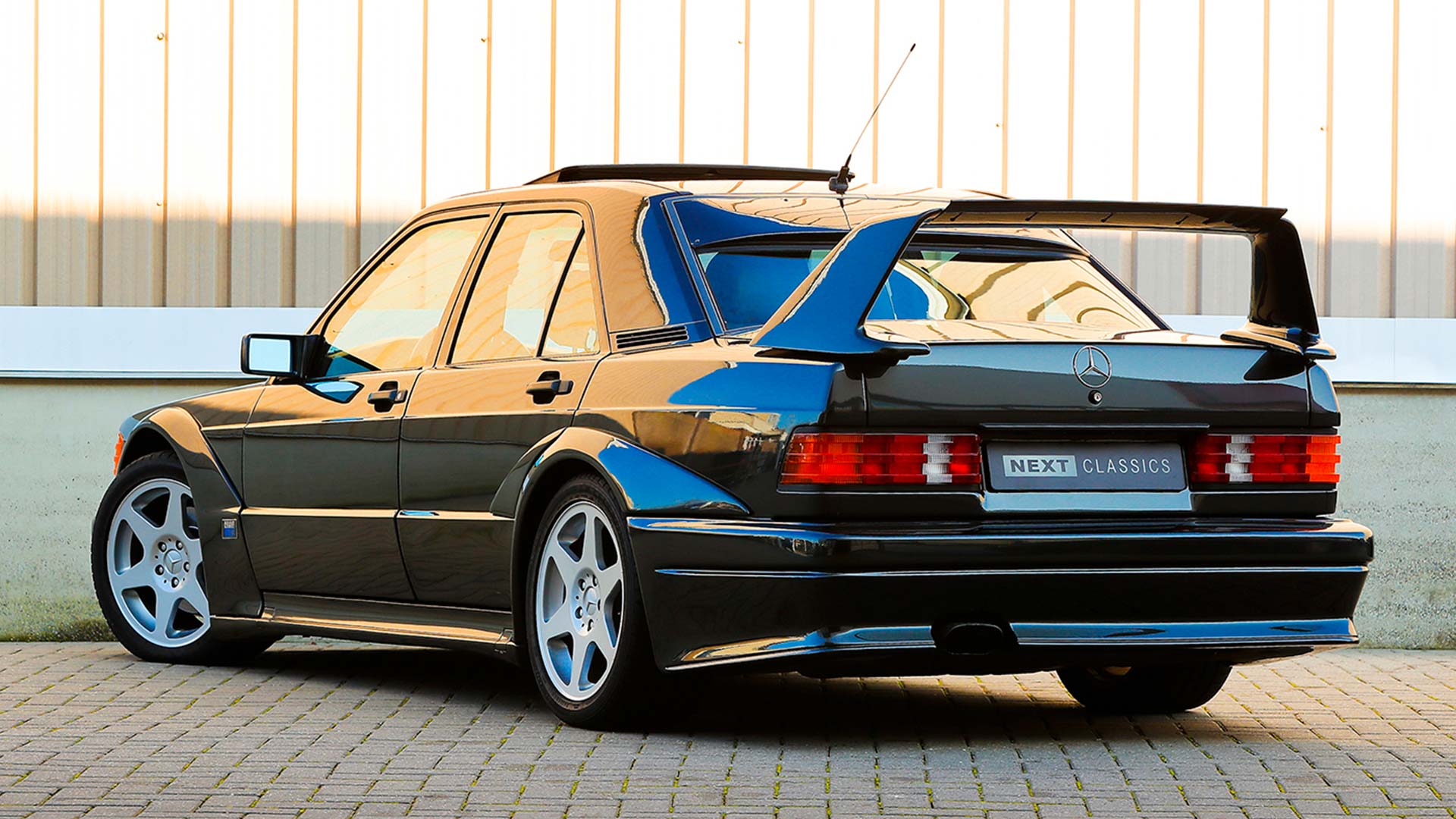 The 190E was chosen by Mercedes-Benz as the basis for the firm’s entry into the Deutsche Tourenwagen Meisterschaft (DTM) in the 1980s.

FIA Group A regulations meant that Mercedes-Benz had to produce a street version of the race car, starting with the 190E 2.3-16 model. These cars used a 2.3-liter four-cylinder engine, modified by British tuning company, Cosworth.

Cosworth would go on to develop a larger 2.5-liter four-cylinder engine, fixing reliability issues with the 2.3-liter unit and extracting more horsepower. 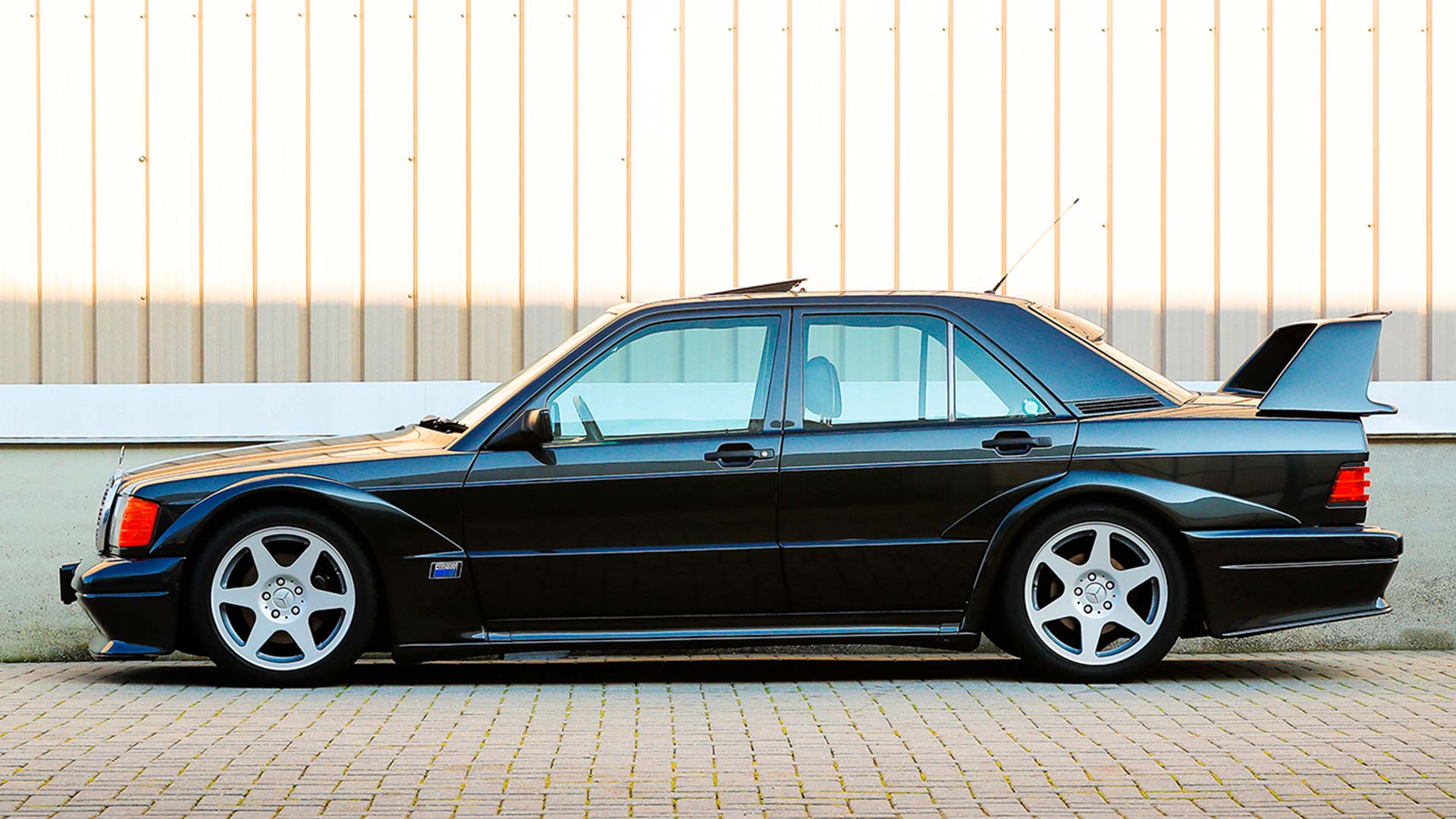 Mercedes-Benz entered into an arms race against DTM competitors, using the FIA’s Evolution rules to develop the 190E further. Modifications could be made to the basic car, but manufacturers had to offer 500 examples to customers to use on the road.

Having been developed in a wind tunnel, all of these modifications were made solely to help the car perform on track. It makes the 190E Evolution II similar to the Dodge Charger Daytona and Plymouth Superbird in ruthless single-mindedness. 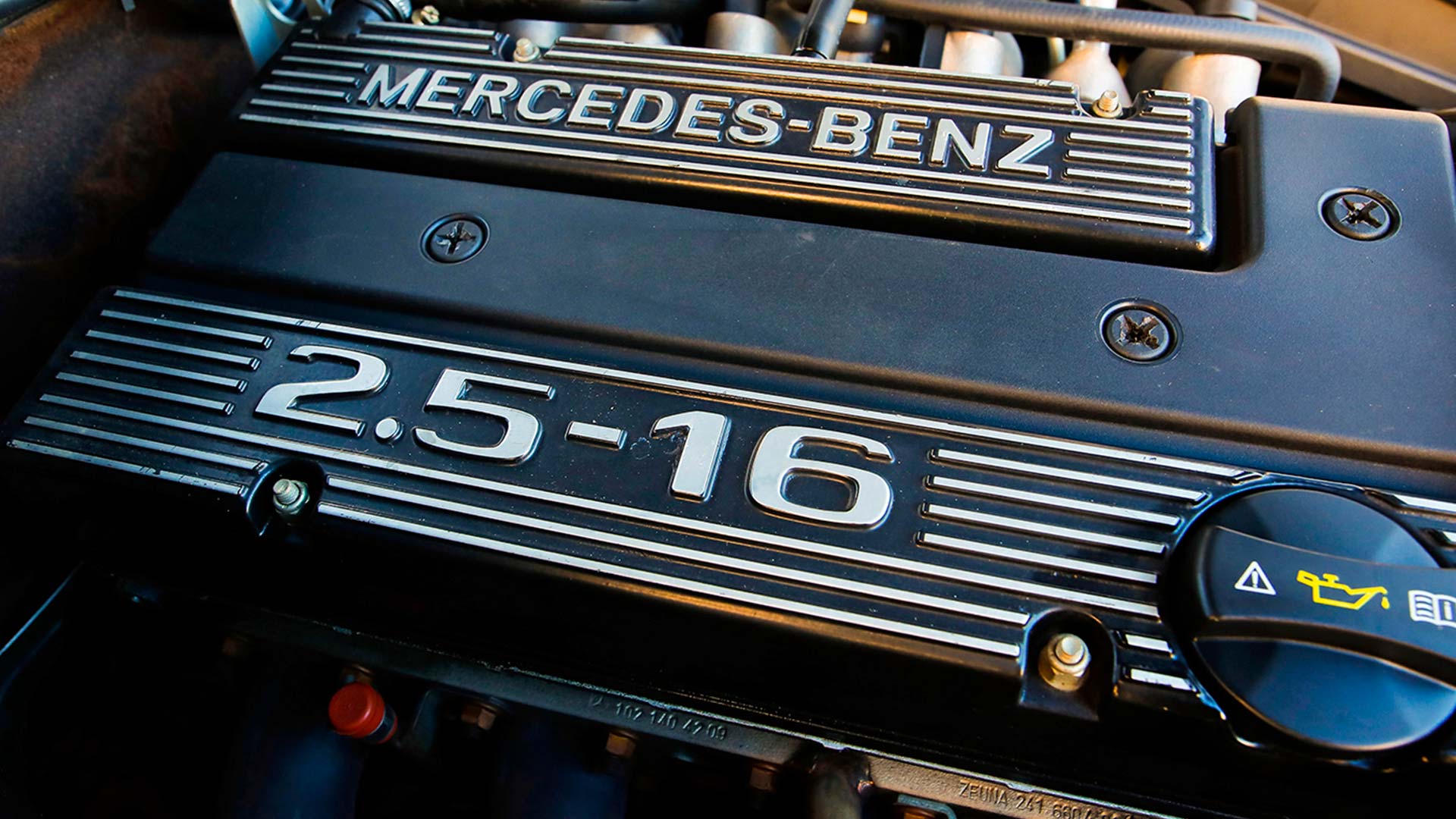 An AMG Power Pack was fitted to the 2.5-liter engine, taking total output from the naturally aspirated unit to 232 horsepower at a high-revving 7,200 rpm. Torque was more limited at 181 lb-ft.

A dogleg five-speed manual transmission sends power to the rear wheels, with a standard limited-slip differential. Top speed was rated at 155 mph.

Adjustable self-levelling suspension was standard, allowing the car to be lowered from a dashboard button. A wider track, stiffer suspension springs, and larger brakes also helped with the performance makeover.

Still a Mercedes-Benz on the inside 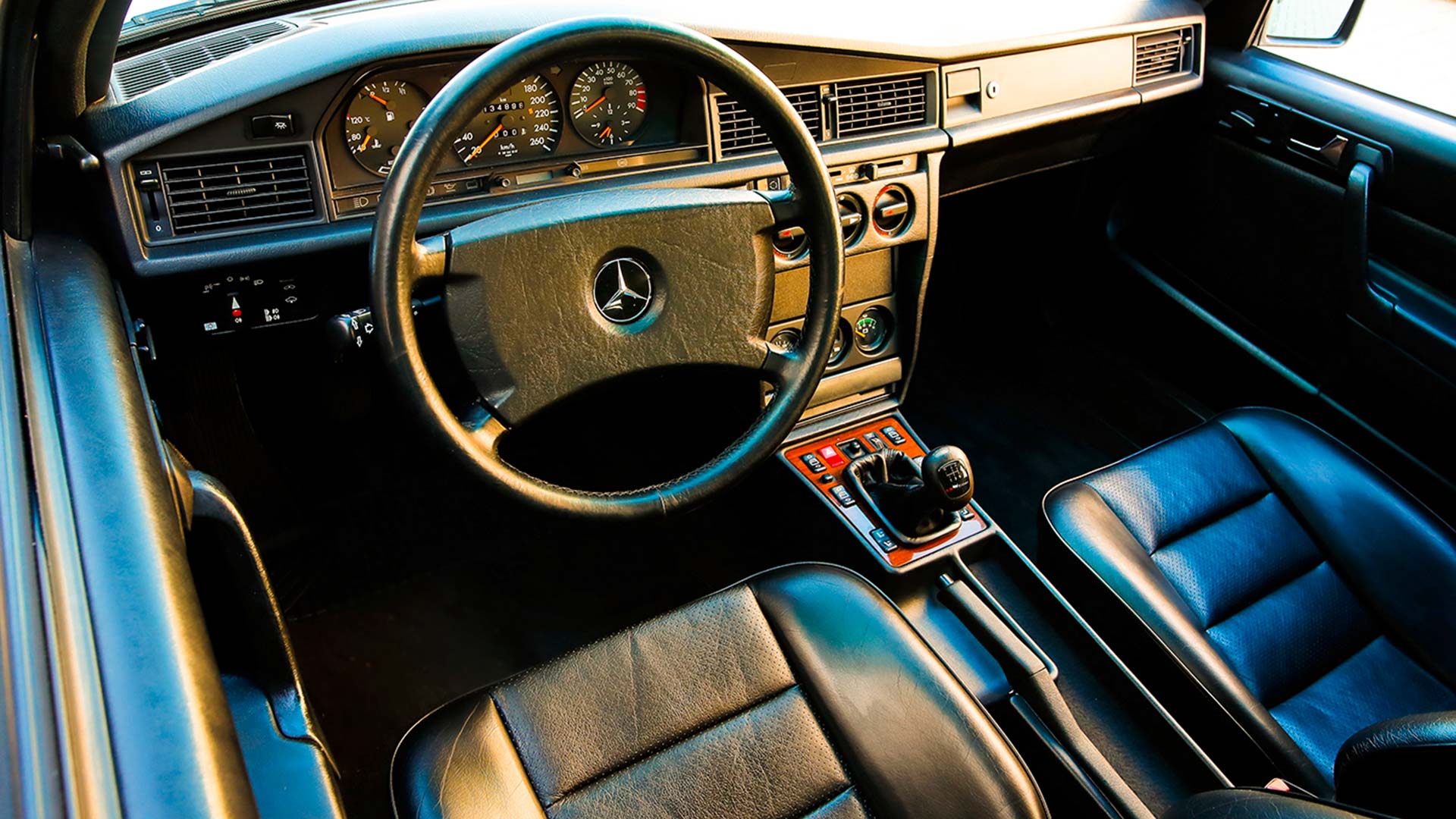 Despite the race track refugee look on the outside, Mercedes-Benz maintained usability inside. Heated leather Recaro seats, wood trim, climate control, and even a sunroof can all be found in this example.

Of the 502 examples made, according to the plaque mounted by the gear shifter this is the 130th. The short production run took place between 1990 and 1991, with all cars expect two painted in Blue-Black metallic.

Demonstrating the success of the modifications, the 190E Evolution II won the DTM Manufacturers’ title for Mercedes-Benz in 1992. Klaus Ludwig also took the Drivers’ championship behind the wheel of an Evo II 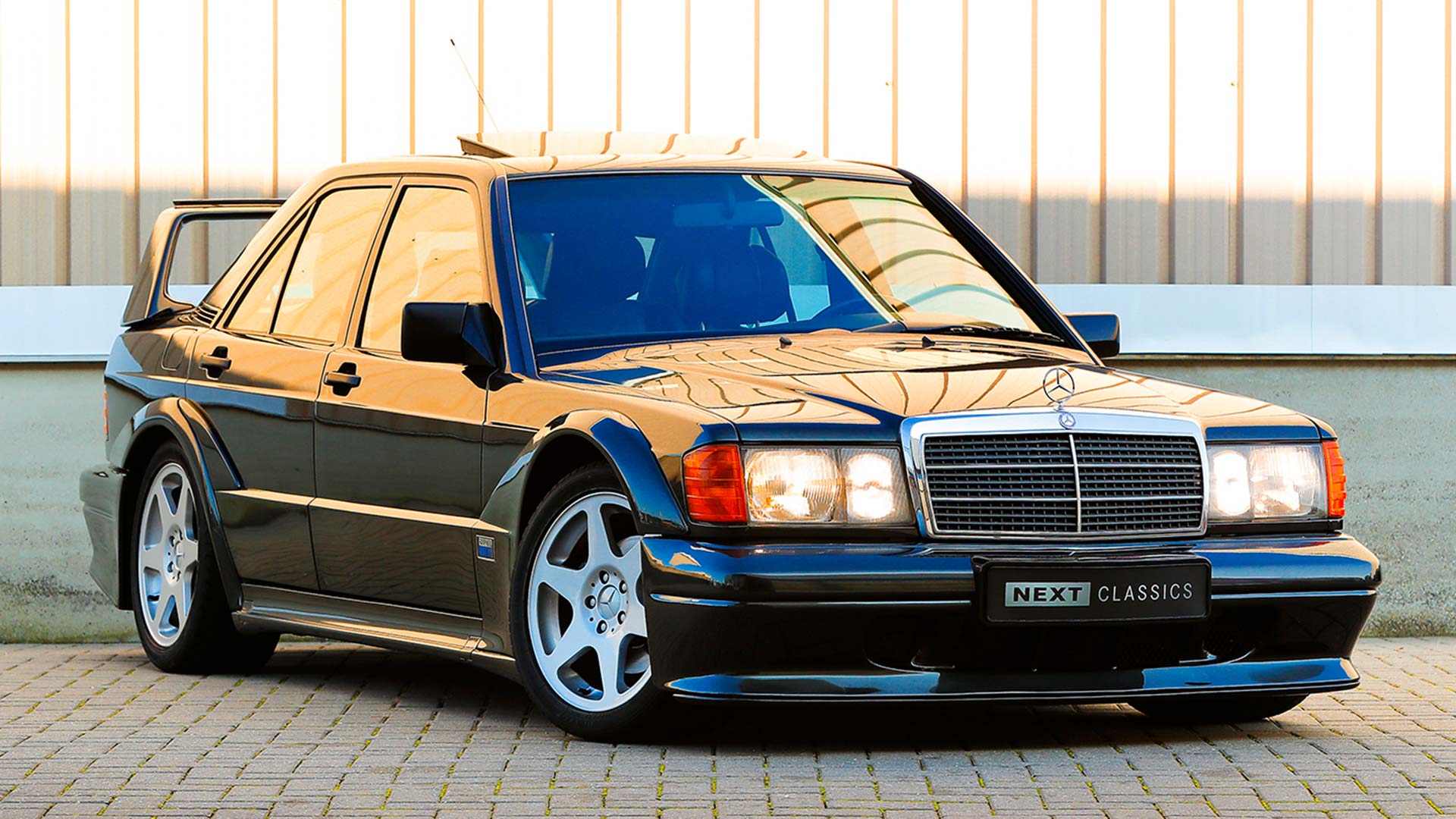 This car was delivered to a Swiss buyer from new, and remained with the original owner until October 2019. Having covered a total of 84,000 miles, the car is now currently for sale in the Netherlands.

Swiss-specification cars were delivered with a smaller Evo I rear spoiler from the factory. This car has had the correct larger main wing fitted, but not the lower trunk element.

A repaint of the bodywork, excluding the roof, was commissioned by the former owner. Servicing records detail maintenance work done from 1990 through to 2016, with the most recent service undertaken then. 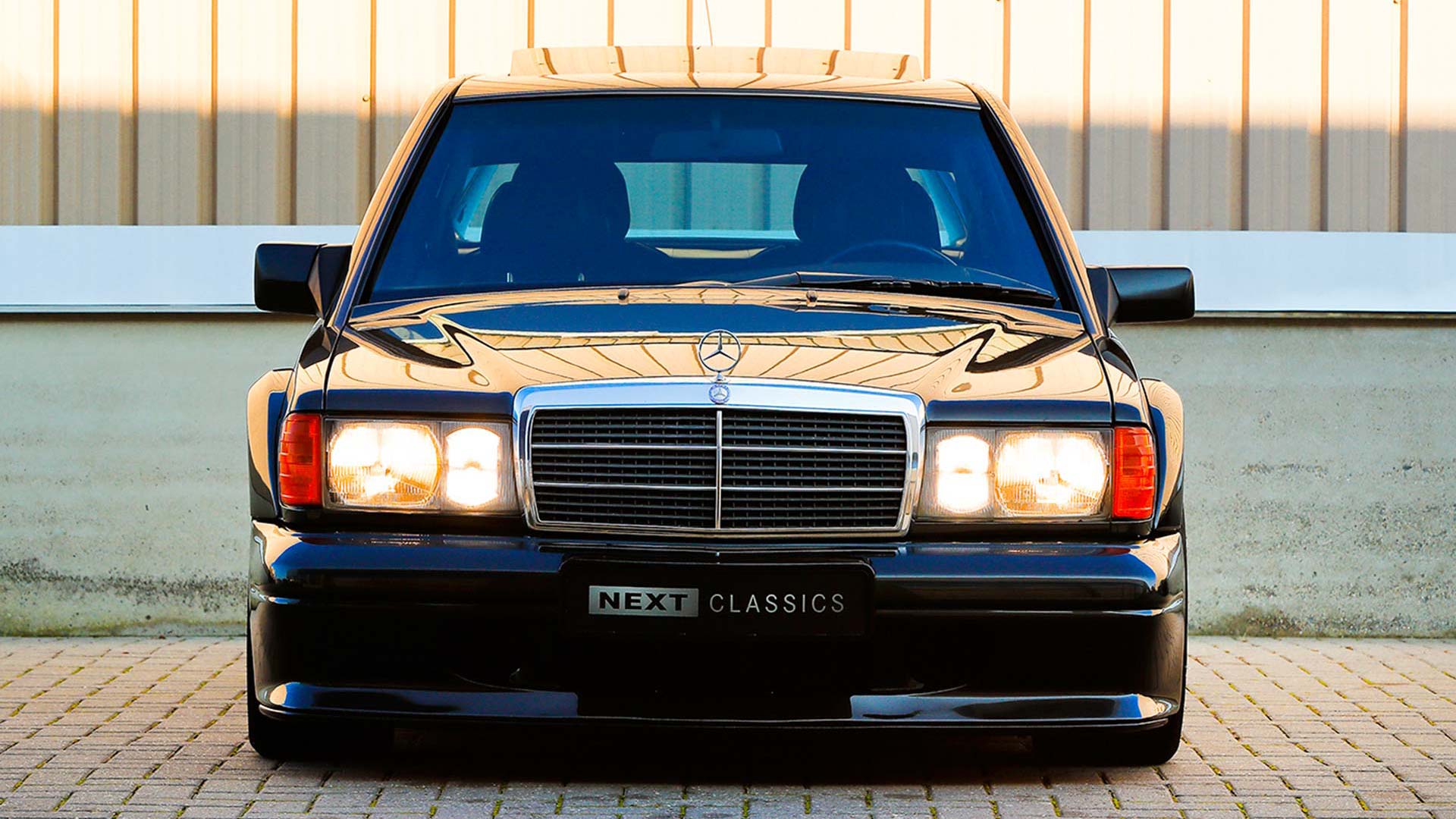 Made in such low numbers, and with a prestigious motorsport pedigree, 190E Evolution II models are becoming seriously collectible. Just this month, Gooding & Company’s Scottsdale 2020 auction saw a low-mileage example sell for an incredible $434,000.

Commenters on Bring a Trailer have noted that the selling dealer has previously supplied cars to North America, meaning importing this rare Benz should not be a hassle.

Bidding has already pushed the price high, with several days still left to run before the auction ends on Thursday, February 6th.

MOT tests in Northern Ireland have been suspended

The most recalled cars in Europe in 2019