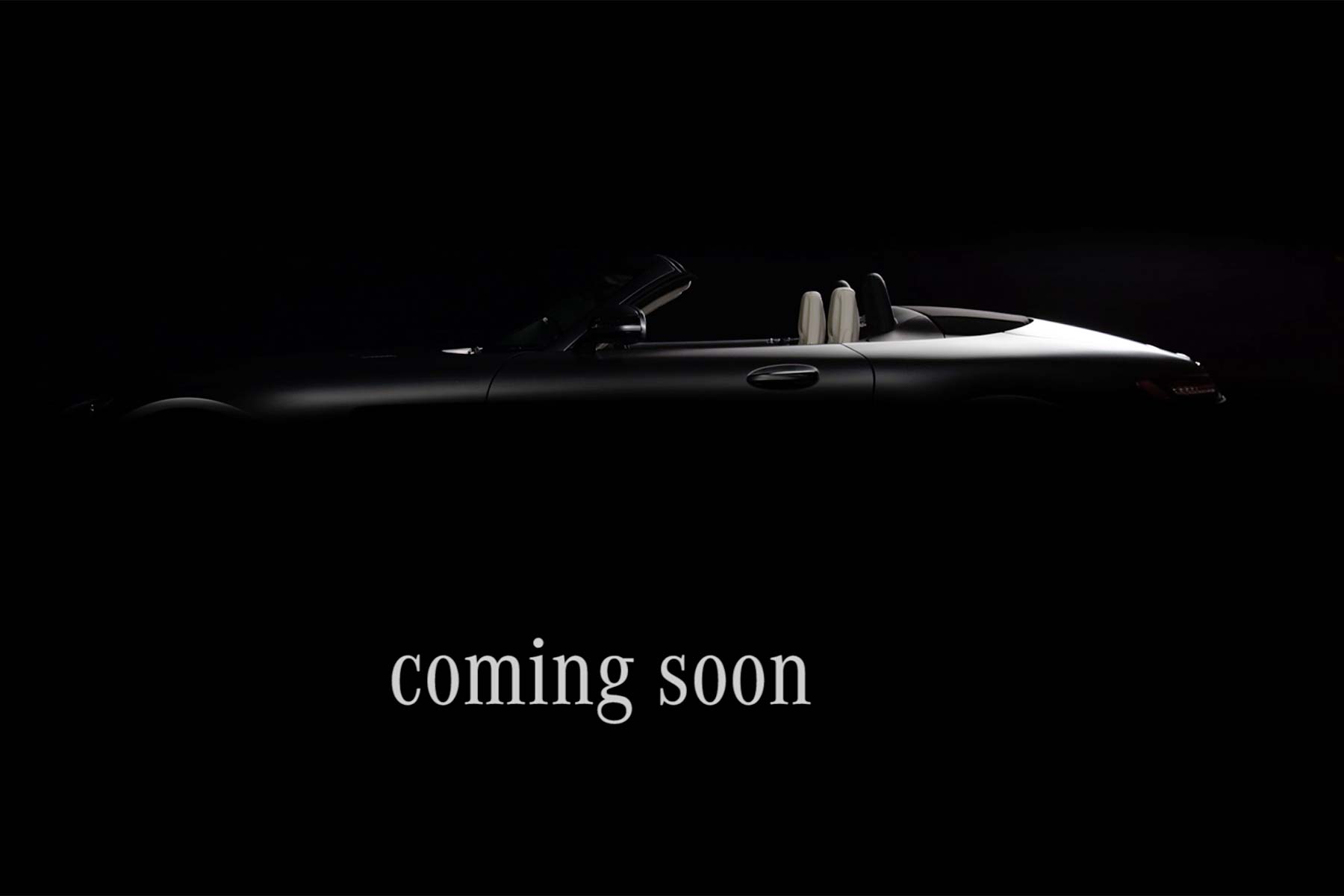 Mercedes-Benz will show the new Mercedes-AMG GT C Roadster at the 2016 Paris Motor Show – confirming the news in a moody teaser video via Instagram.

No official details of the new car have been announced, but the video does confirm it’s a genuine open-roof car with a folding soft-top: no silly coupe-convertible solutions here.

The name is interesting. Mercedes’ teaser video calls it the GT C Roadster, although we believe a regular GT Roadster will also be offered. The name suggests a position in between the Coupe AMG GT and AMG GT S… maybe a more powerful V8 version without the S model’s racy focus?

This would be more in keeping with the open-top Merc-AMG’s theoretically more laid-back nature, although this is still an AMG-developed car we’re talking about, so it will be anything but a shrinking violet.

The base model should use the 462 hp version of Mercedes-AMG’s wonderful 4.0-litre V8 turbo engine, with the GT C upping it to 510 hp. Both will sport dramatic cabins, made all the more alluring by the roofless potential, and the stiff chassis should ensure handling isn’t too badly affected by chopping the roof.

The GT C Roadster is not the first new Mercedes-AMG GT we’ve seen this year. During the Goodwood Festival of Speed back in June, F1 champ Lewis Hamilton revealed the hot (and loud) new Mercedes-AMG GT R. It remains to be seen whether his team-mate Nico Rosberg will be revealing this one.

For now, nothing more official is known about the GT C Roadster, but we can expect to know plenty more in the build-up to the Paris show. For now, take a closer look at the bargain Merc supercar that has Porsche and Audi in its sights…