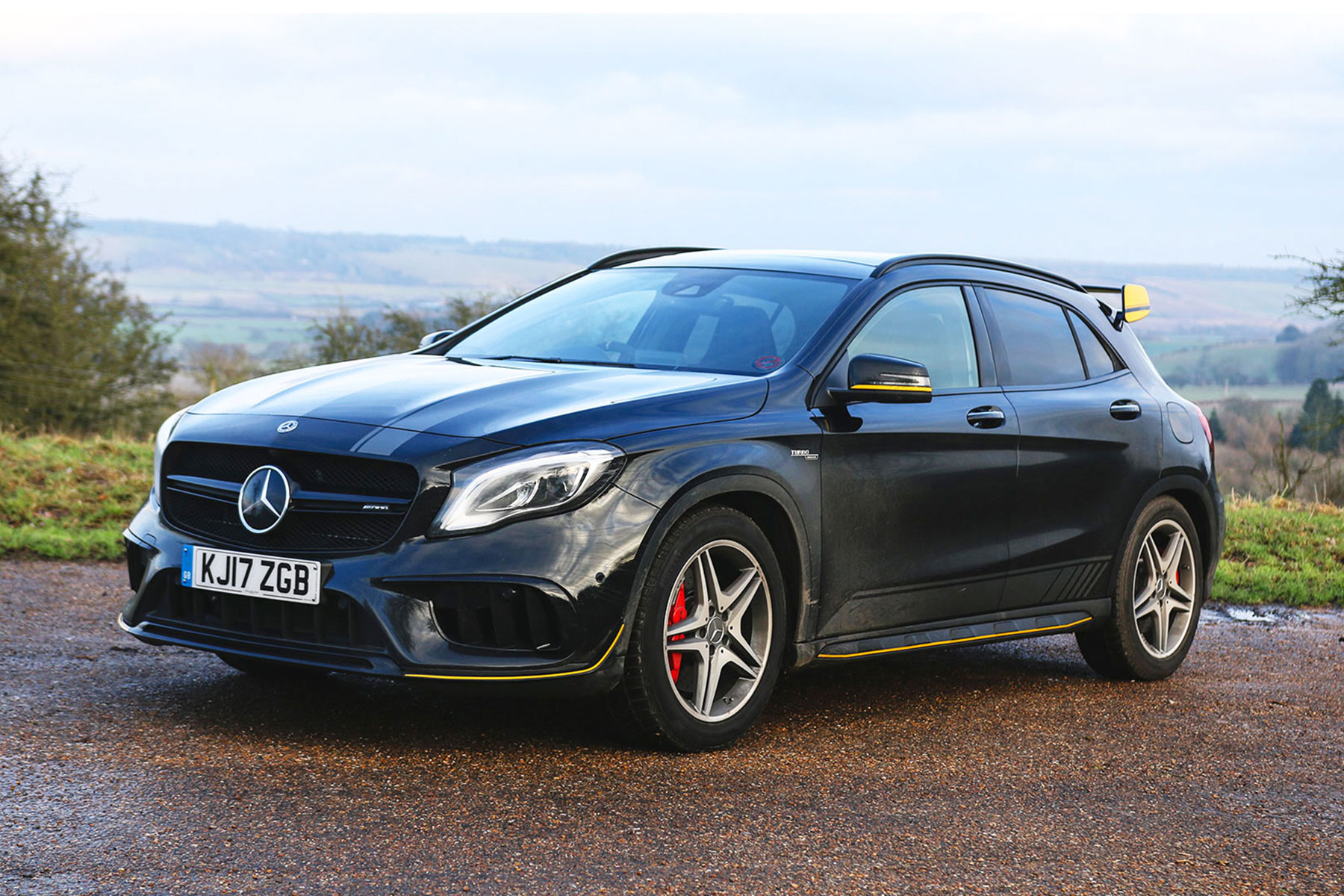 I’m driving behind a Nissan Micra. It’s a bright but cold January day. The road is quiet, and we’re approaching a long, straight section at around 40mph. As we negotiate the right-hand bend signifying the start of the straight, I’m as far left as possible to get a clear view of the road ahead. The Mercedes GLA45 is in Sport mode, priming the throttle response (amongst other things).

There’s a gap, I take it, accelerate and the full fury of the Micra driver hits. He’s apoplectic. His hands are flying, his lights are flashing. How dare I overtake him?

The truth is, it’s not the first time the GLA45 Yellow Night Edition has elicited a reaction like this. The standard GLA45 appears very lairy, but the Yellow Night Edition adds various bits of yellow trim, not to mention the in-your-face rear spoiler. Add a rorty exhaust note to its, erm, divisive appearance and the result is a car that’ll provoke a reaction from the most sedate of motorists. Evidently.

The Yellow Night Edition should also feature 20-inch black alloy wheels with yellow trim around the edges, but our test car is shod with winter rubber that’s necessitated the fitting of smaller wheels.

Harmful to its appearance? That’s like saying a pair of garish curtains ruin the look of a 60s tower block. But with those winter tyres, four-wheel-drive and 381hp from the 2.0-litre petrol turbocharged engine, it feels like one of the fastest cars on sale in real-world conditions. Officially, the Yellow Night hits 62mph in 4.4 seconds and, even on slippery winter roads, that time feels every bit believable. 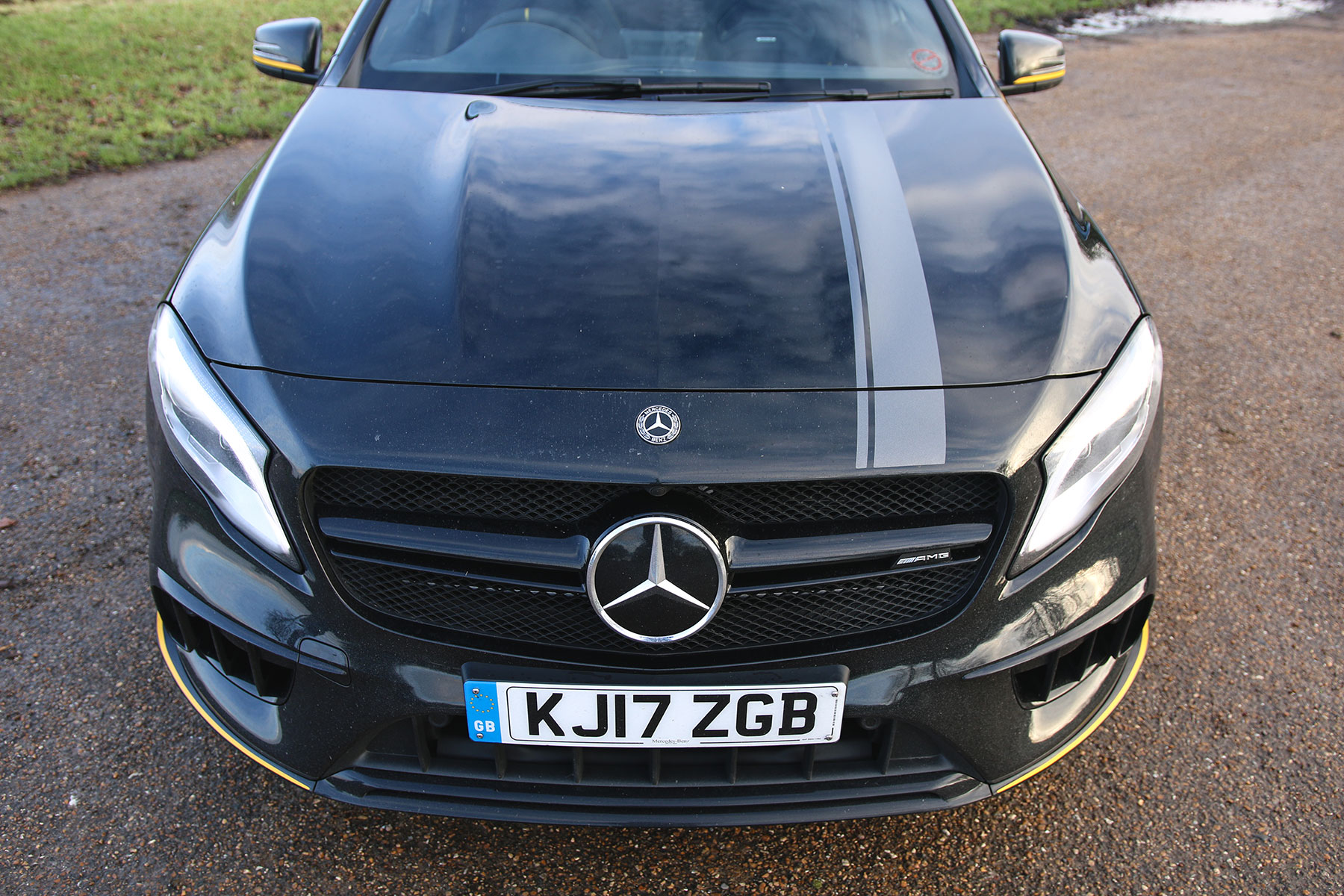 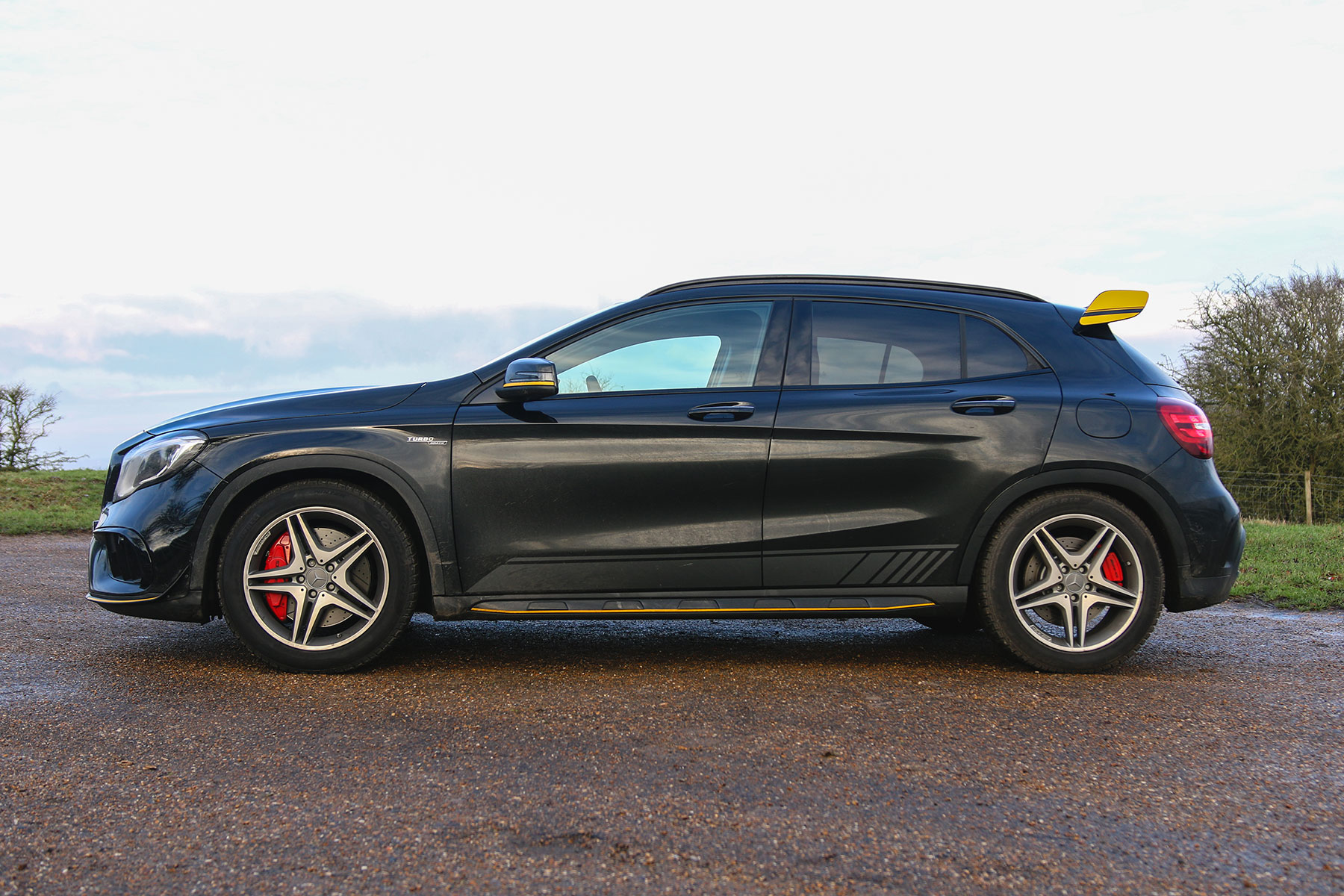 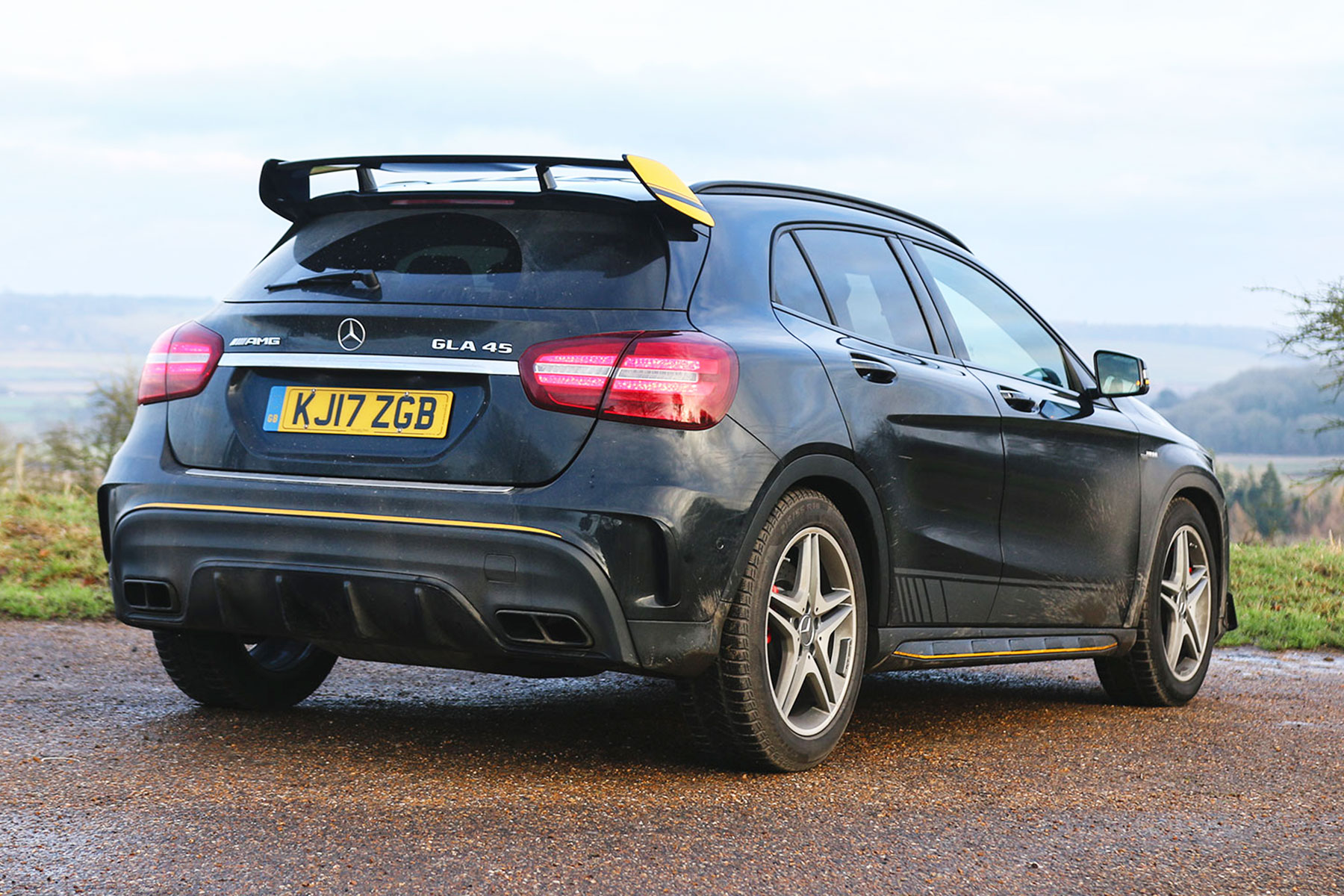 There’s more to an enthusiasts’ car than how quick it is. But the GLA45 ticks most of those boxes, too. It sounds the part, and its handling is remarkable. It’ll grip and grip, while the front locking differential (part of the £1,395 AMG Dynamic Plus pack fitted to our test car) means you can be as clumsy as you like with the accelerator pedal without it running wide.

It also has yellow bits on the outside. Which is, erm, not so good. pic.twitter.com/uxzGcWfqfo

That pack also adds sports suspension, which provides a firm if not uncomfortable ride. Despite being marketed as a crossover, it’s not as high-up as most rivals, and there’s very little in the way of roll.

The interior is jazzed up with splashes of yellow as well as AMG Performance seats and an Alcantara-wrapped steering wheel. Yet it still feels past its best compared to newer Mercedes-Benz vehicles. There are more buttons than your nan’s sewing kit, while the infotainment screen is tacked onto the dashboard like an afterthought. 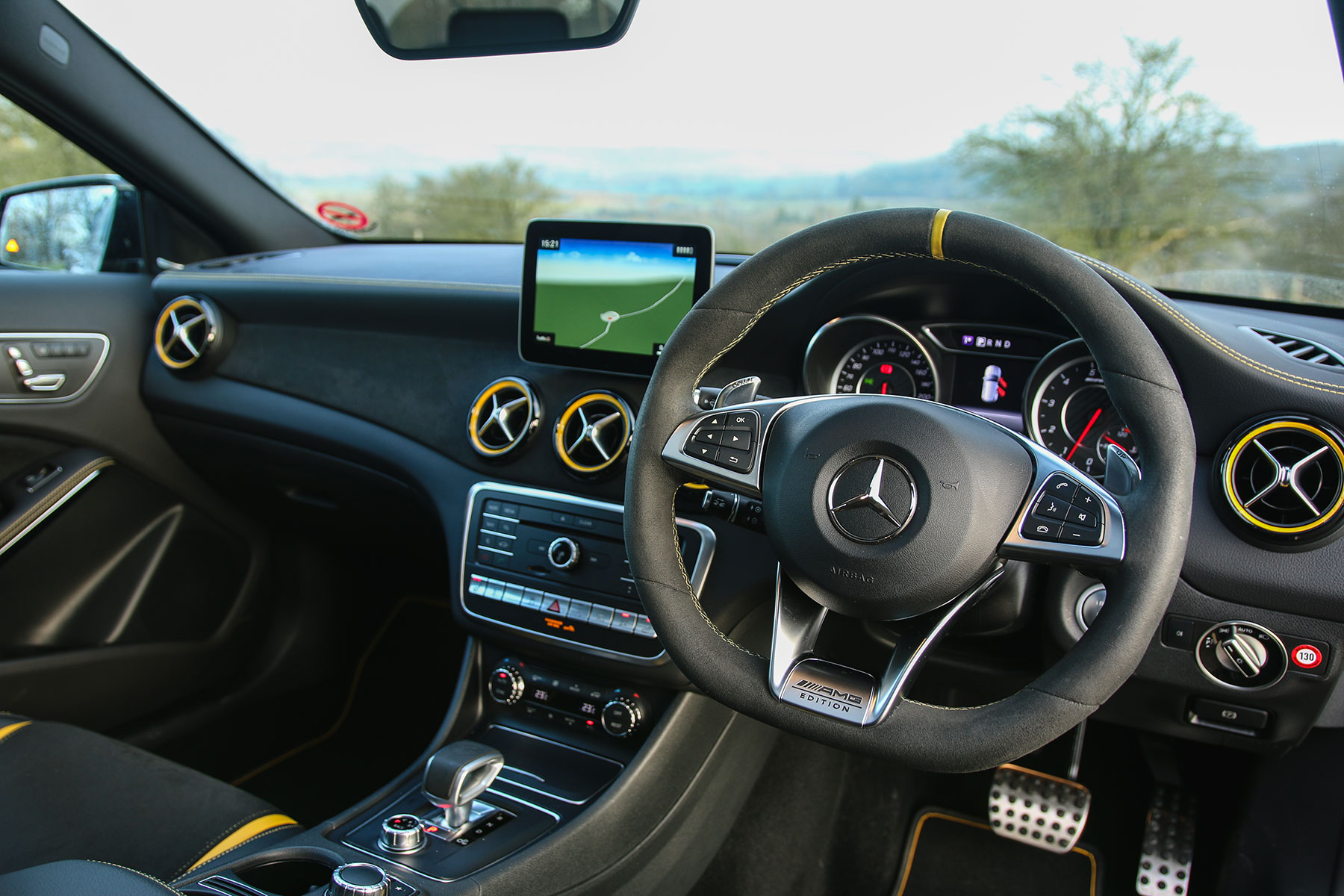 The GLA also falls short on space – no doubt because of its ‘not really a crossover’ shape. The boot isn’t as big as rivals, and passengers in the rear will no doubt be a bit grumpy.

Does any of that matter? If you’re in the market for the fastest car from A to B in real-world conditions, there’s very little that’ll touch the GLA 45. The only thing that I’ve driven recently that comes close is the Audi TT RS, and that loses out by being lower down and therefore having reduced visibility versus to the GLA.

The Yellow Night starts to fall apart when you consider its £53,405 price tag, though. Add a few desirable options – as fitted to our test car – and it’ll soon nudge £60,000. That’s well into Porsche Macan GTS territory – borderline Macan Turbo. A proper SUV, the Macan not only looks the part, but its interior is a cut above and the driving experience is as close as you can get to a sports car SUV.

The best thing about choosing a Macan over a GLA45 Yellow Night? Even being a Porsche, it’s less likely to encourage disparaging hand gestures from elderly Nissan Micra drivers. 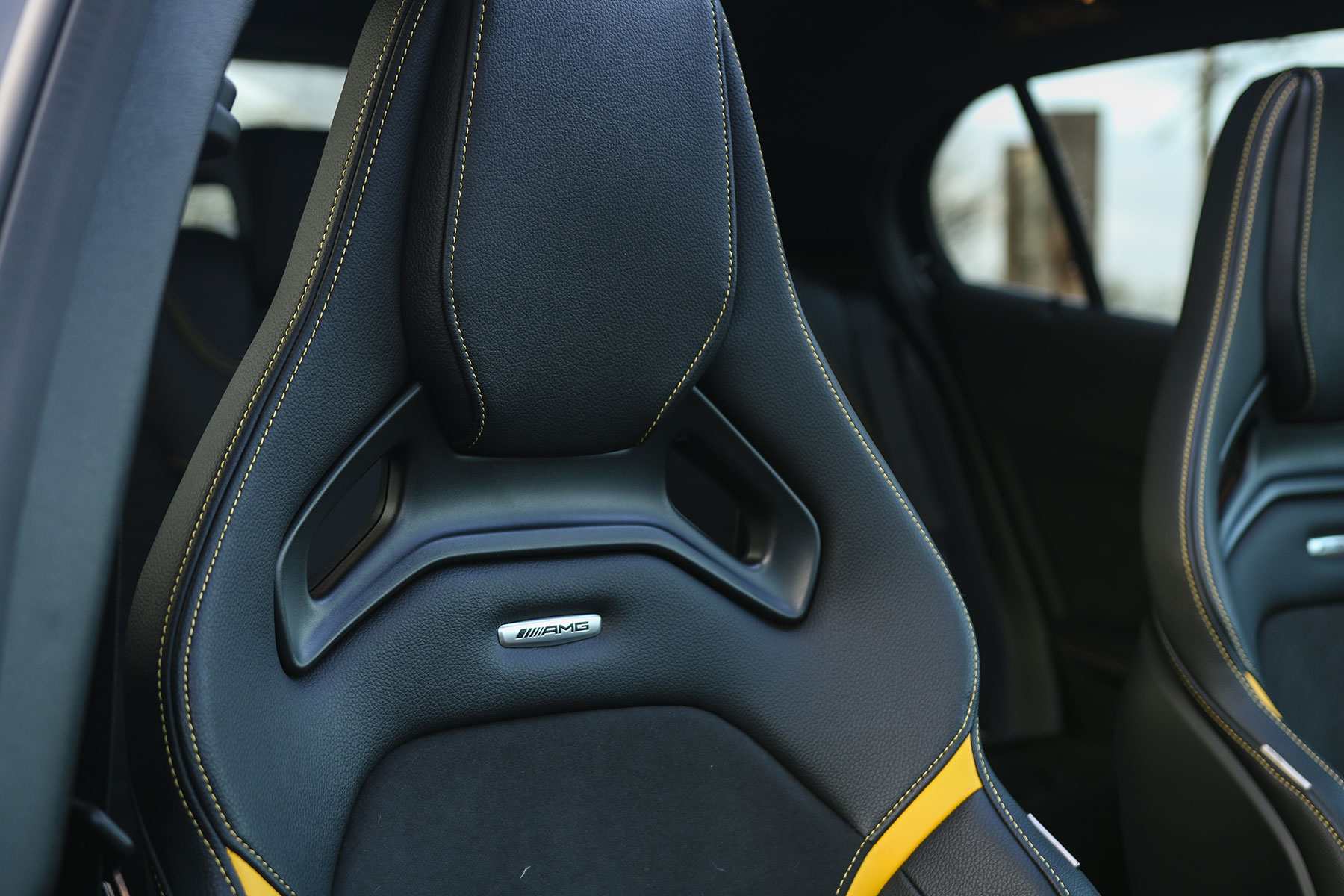 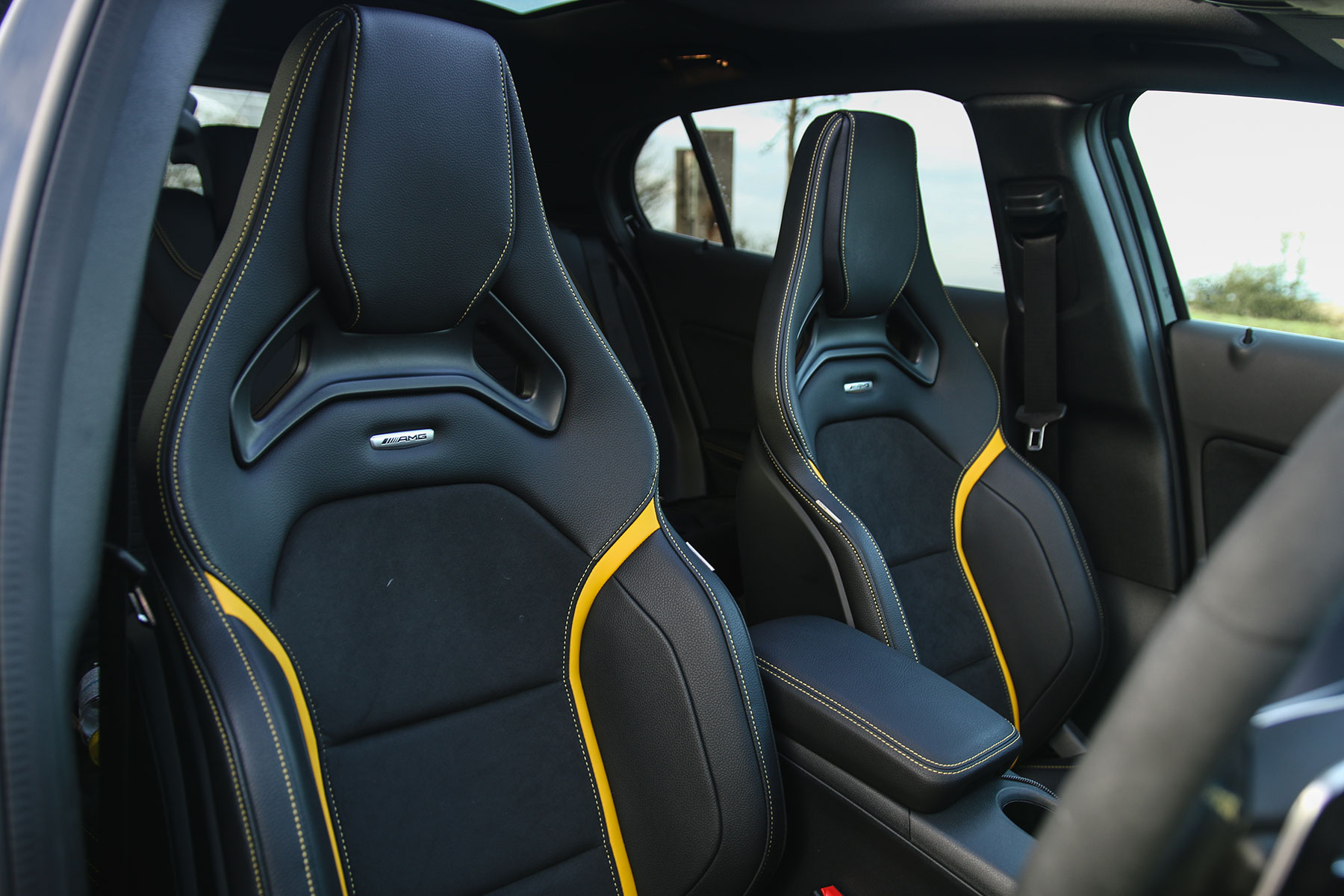 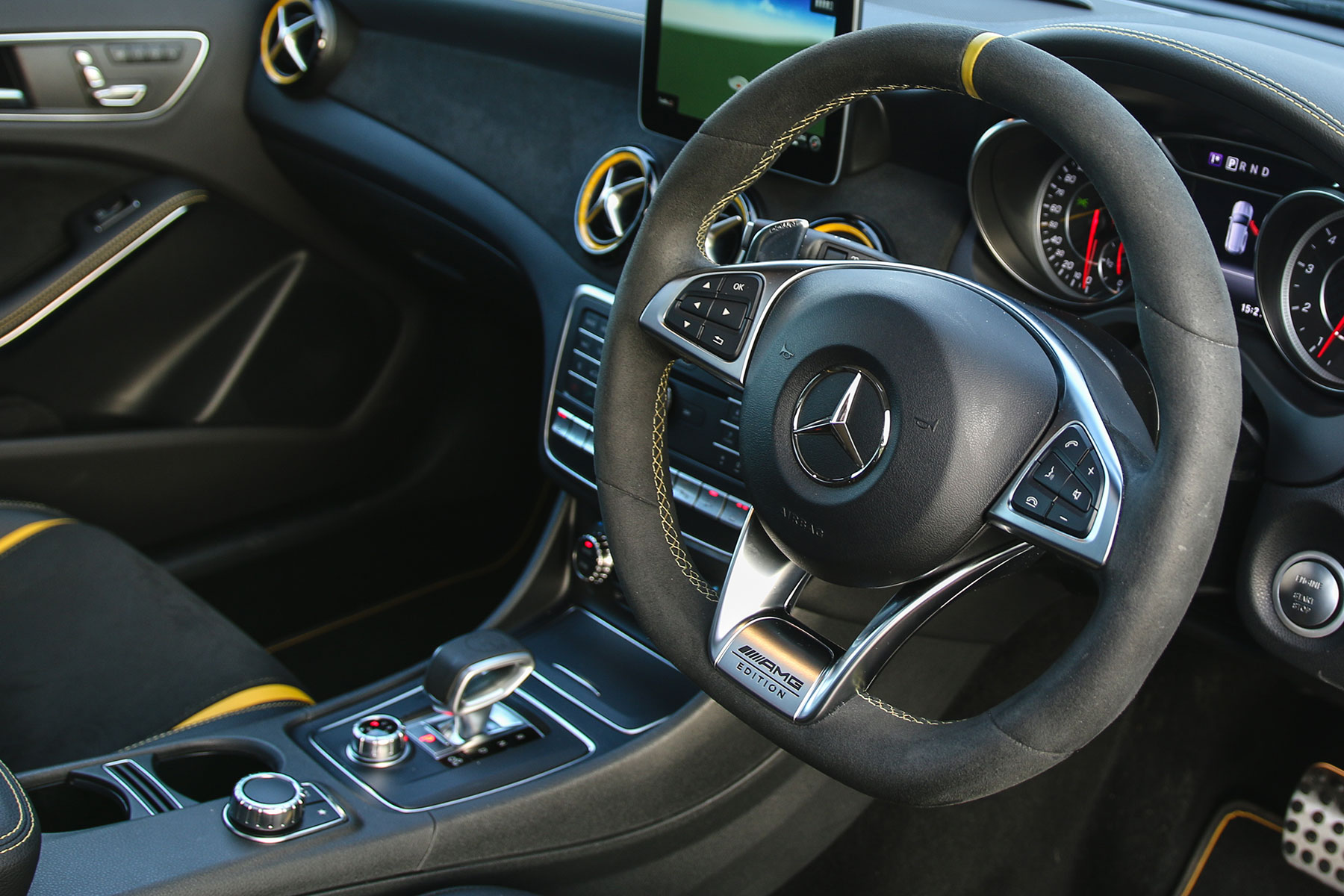 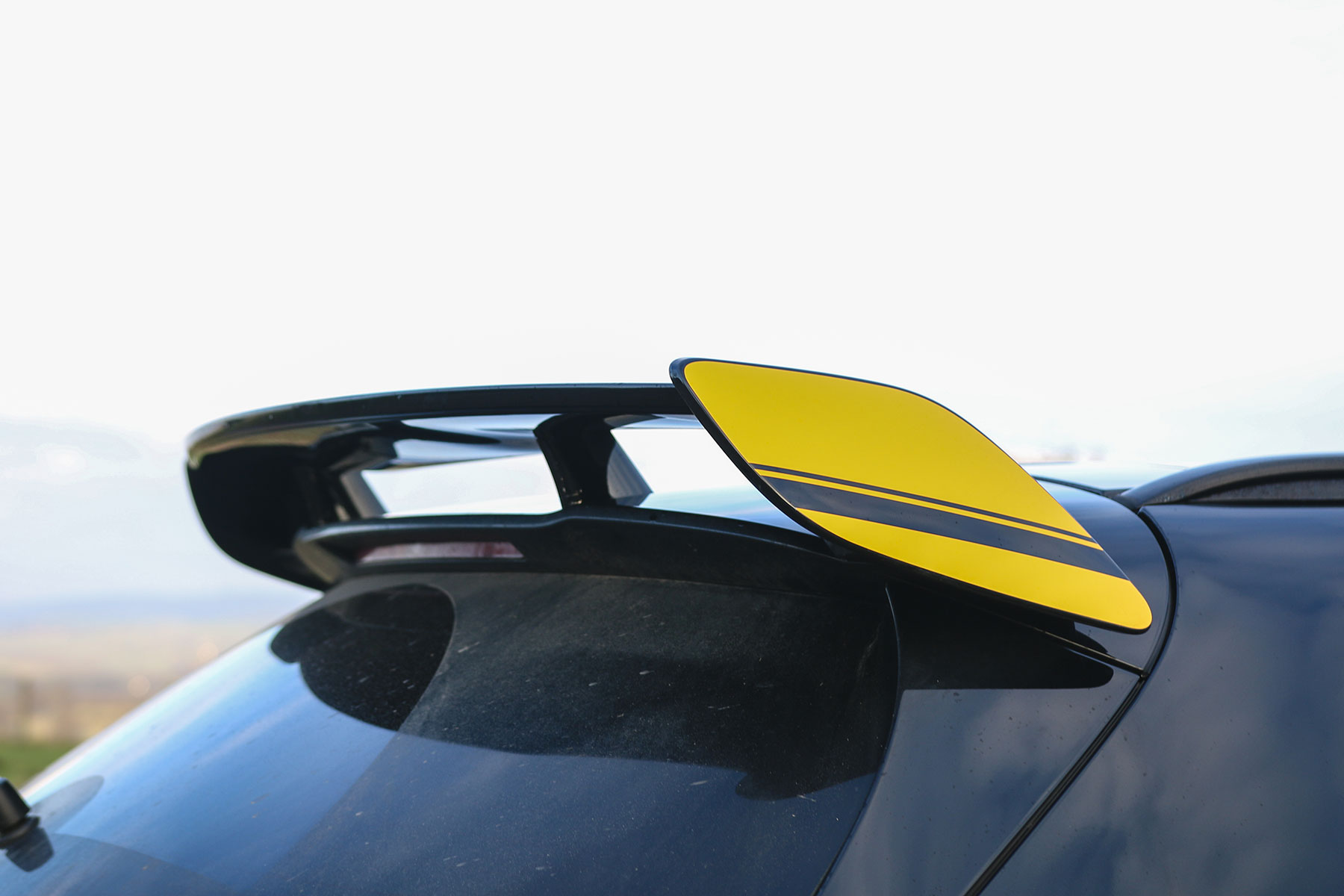 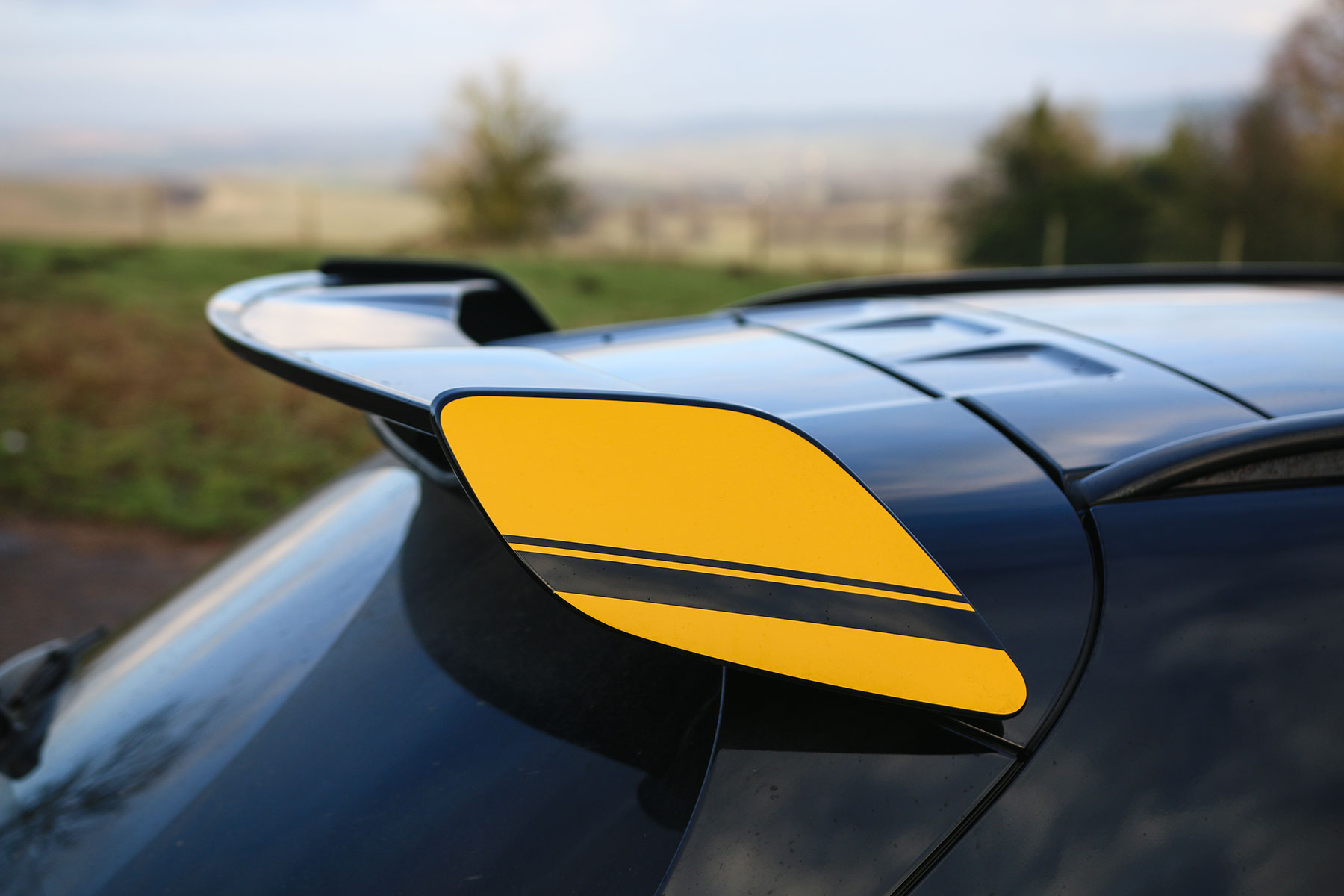 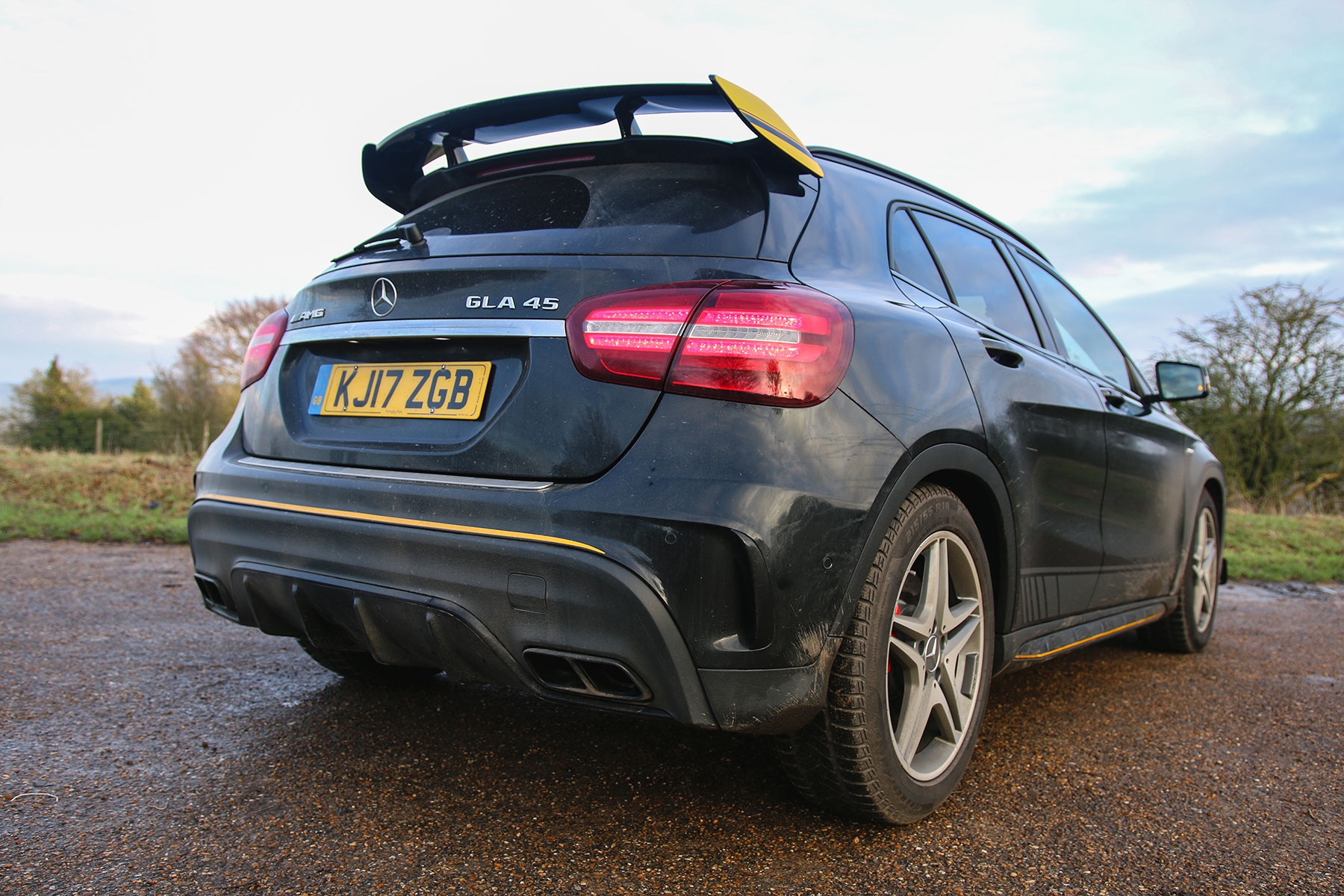 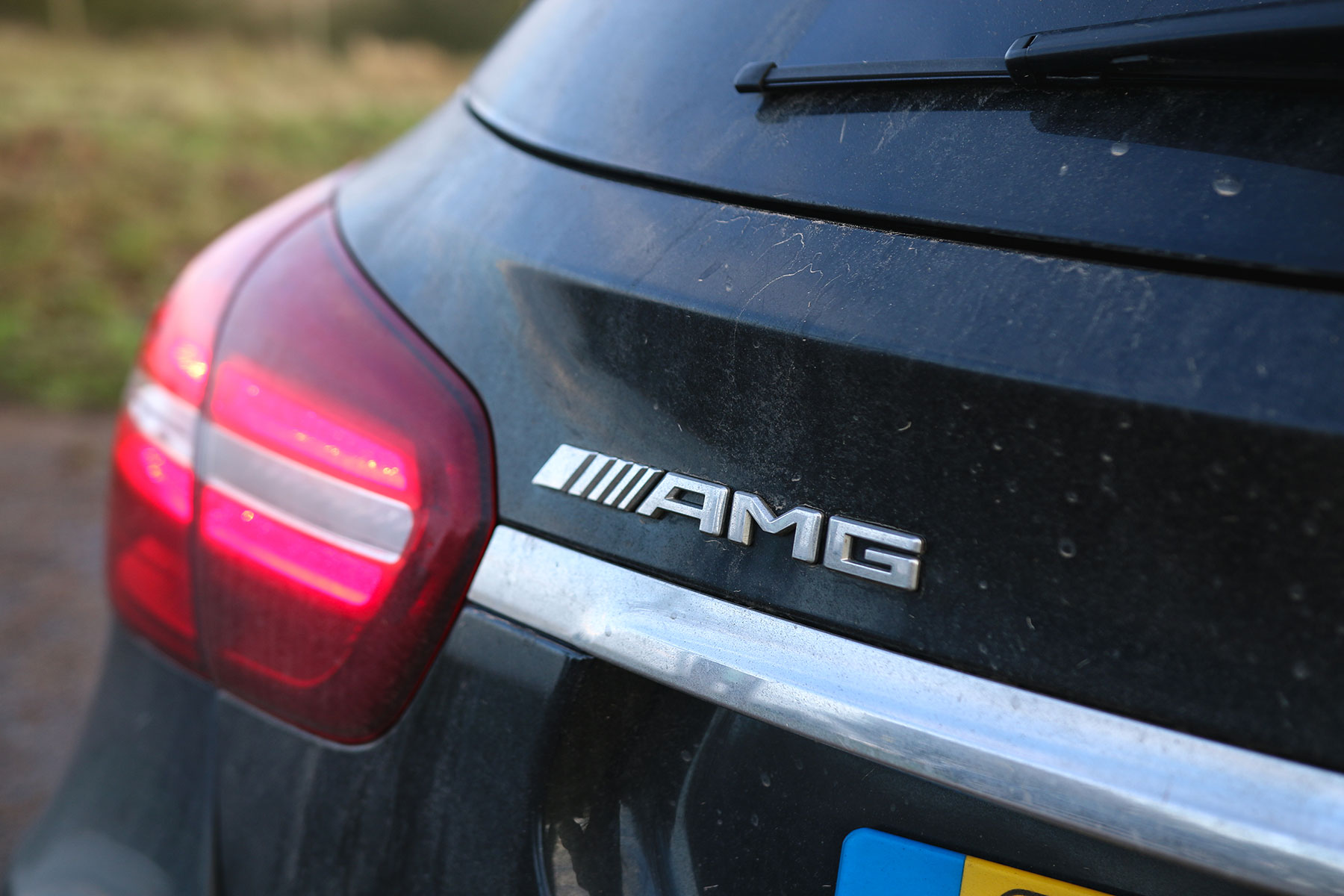 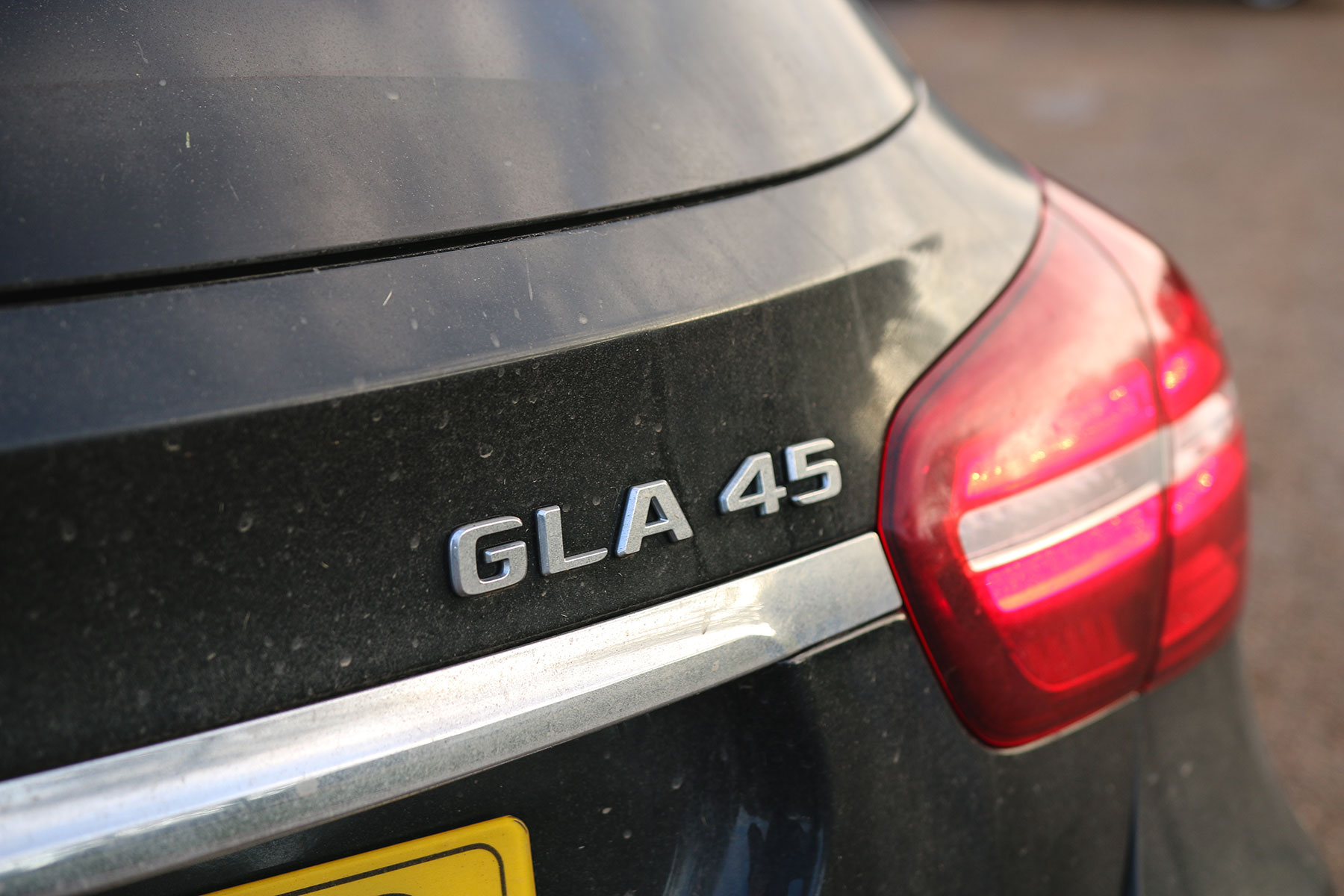 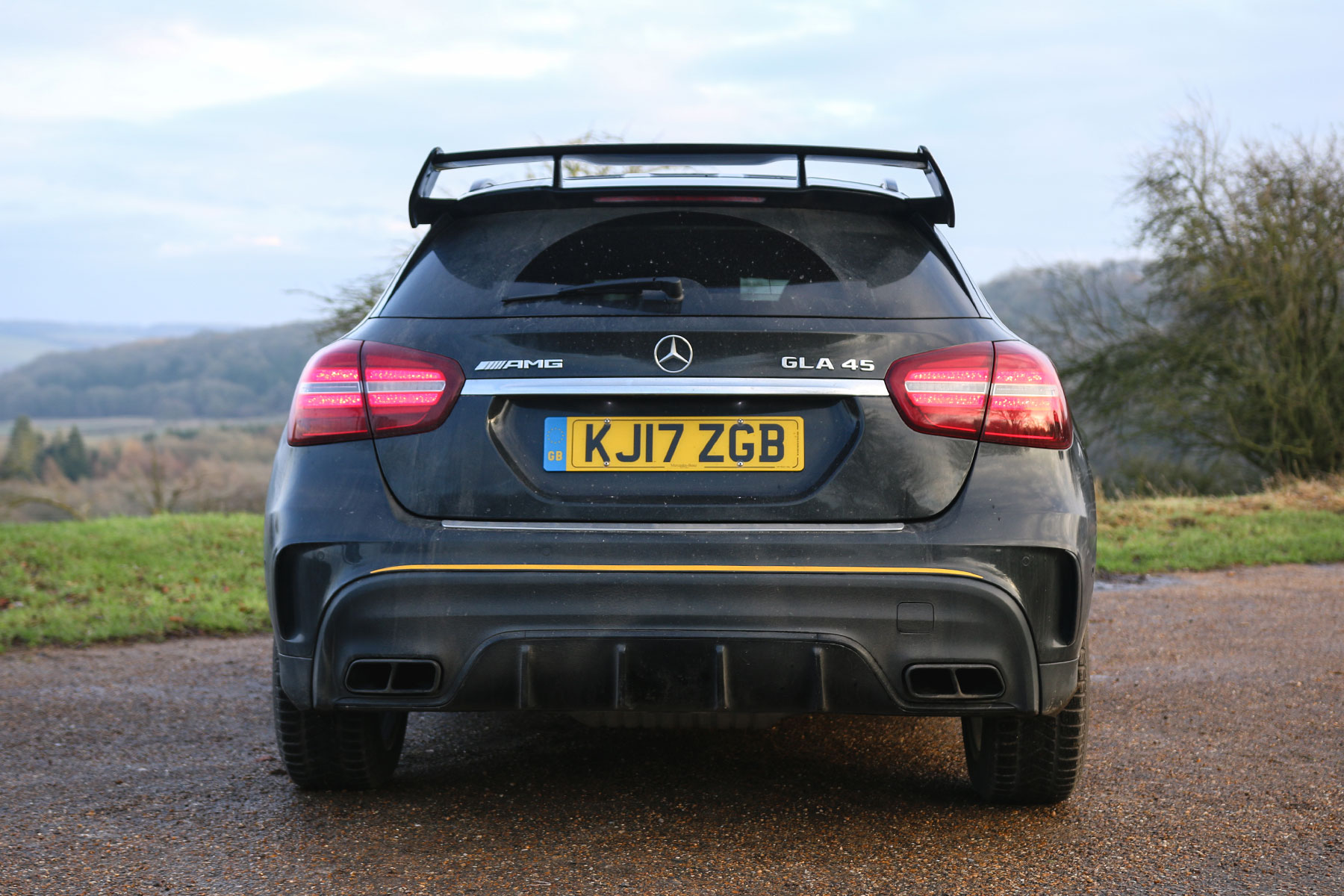