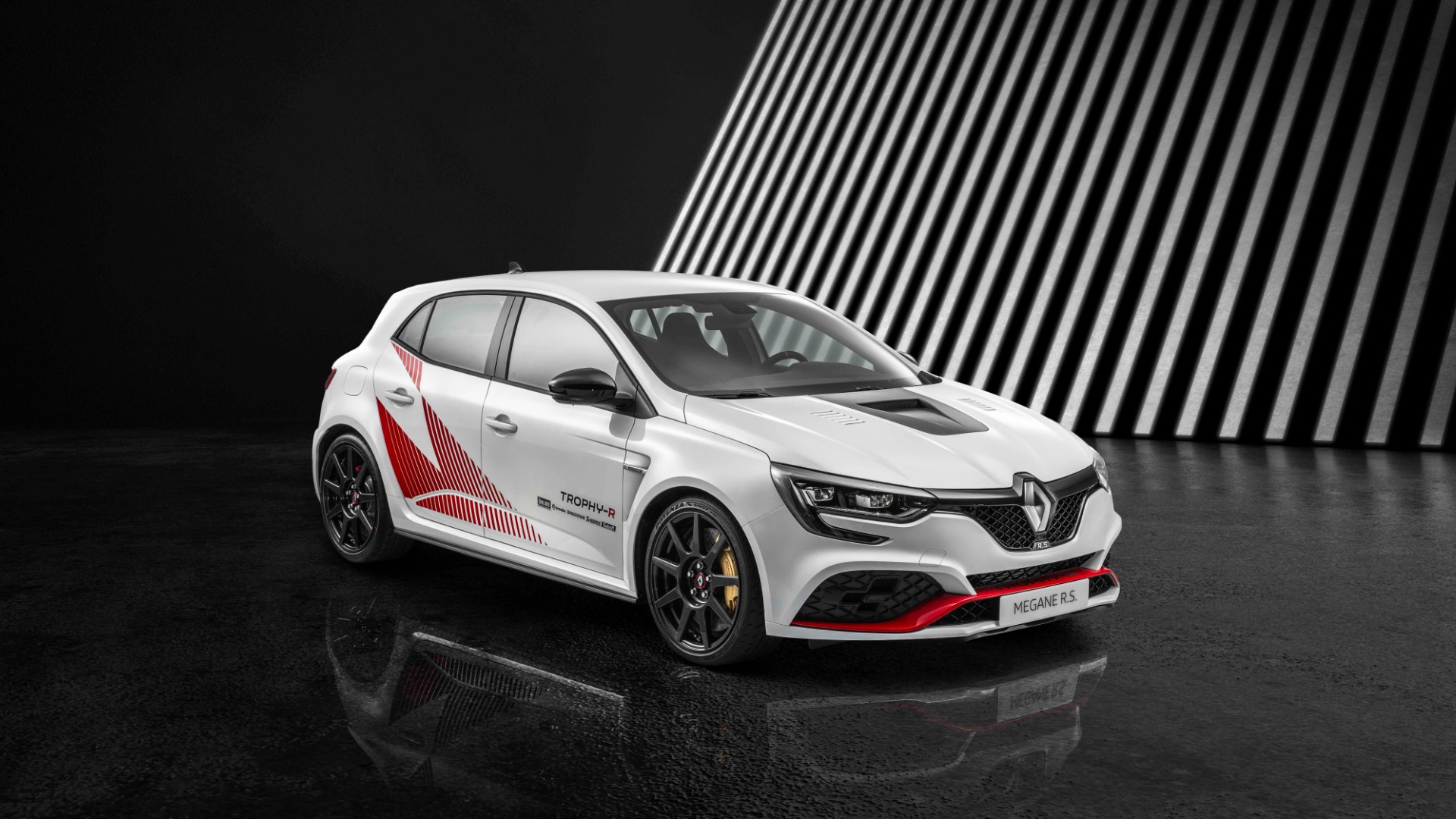 Renault has revealed all the delicious details about its latest skunkworks special: the Megane Trophy-R.

The Renault Sport Nurburgring lap-record holder is chock-full of modifications, and is set to be one of the rarest Renaults on UK roads.

A 300hp 1.8-litre turbocharged engine is more-or-less carried over from the standard Trophy. What makes the Trophy-R so special, and so fast, is everything else that Renault has done to it. 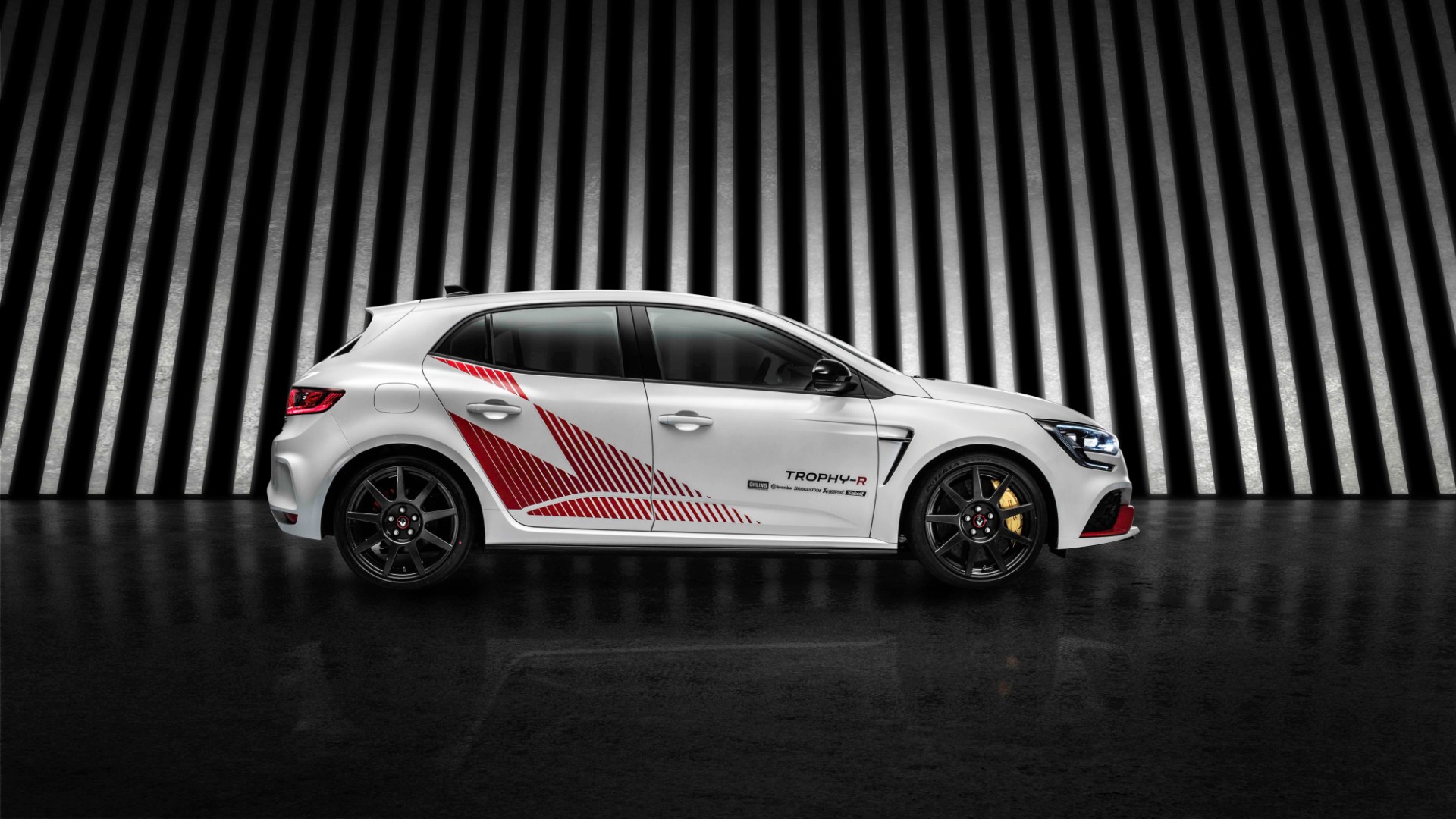 For a start, it’s been on a serious diet. Around 130kg has fallen off the Trophy to create the R.

This is achieved with a lot of carbon fibre. Specifically a carbon bonnet, diffuser, wheels, bucket seats and optional carbon-ceramic brakes. Those fancy seats come with Sabelt six-point harnesses, too. 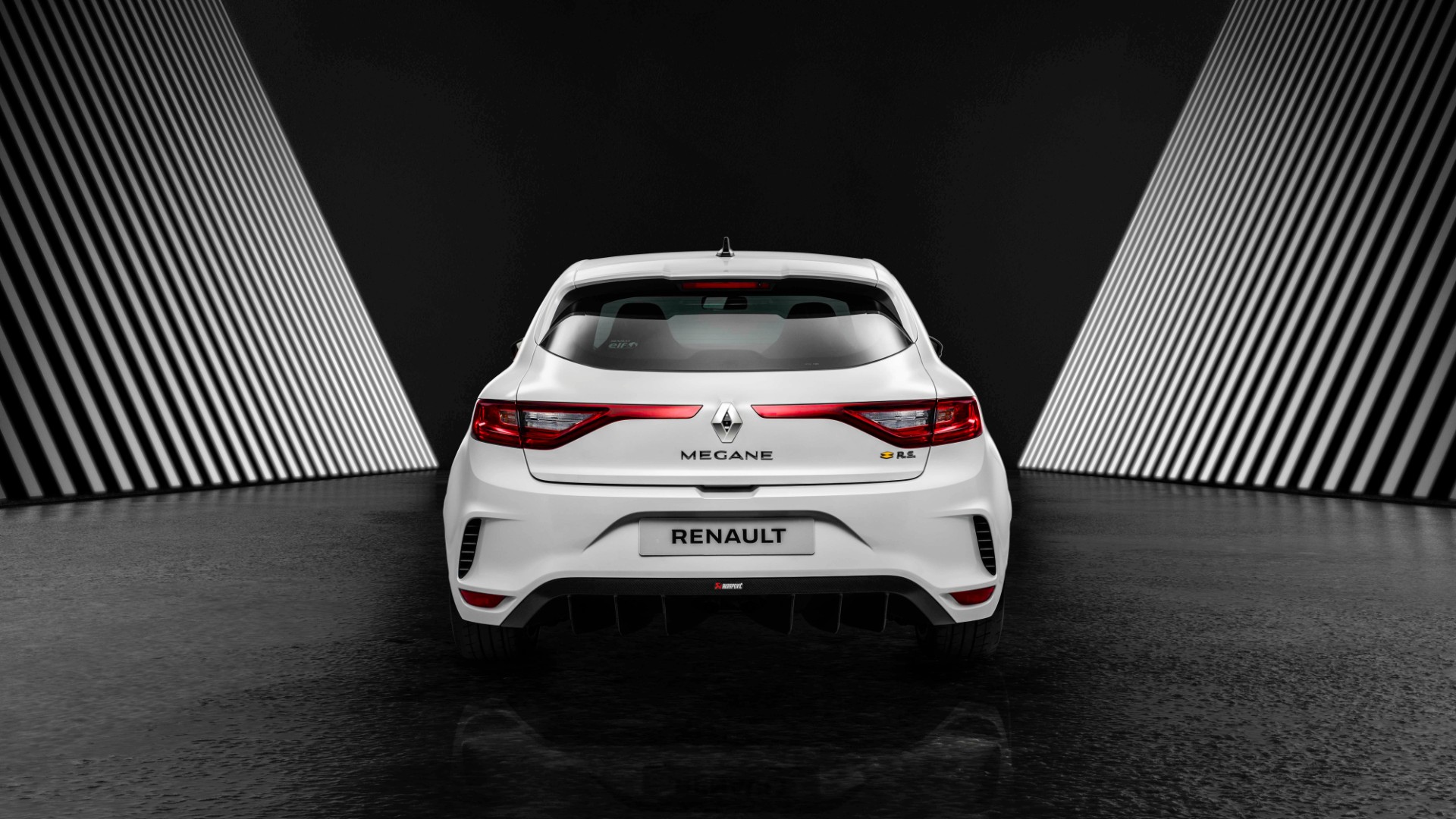 Then there’s the new Akrapovic exhaust, bespoke lighter rear axle, optional intakes in place of the emblem lights at the front and a lightweight battery.

Our favourite concession to weight loss is the fact that the Trophy-R will be manual-only. Dual-clutch boxes are quick, but they’re heavy… 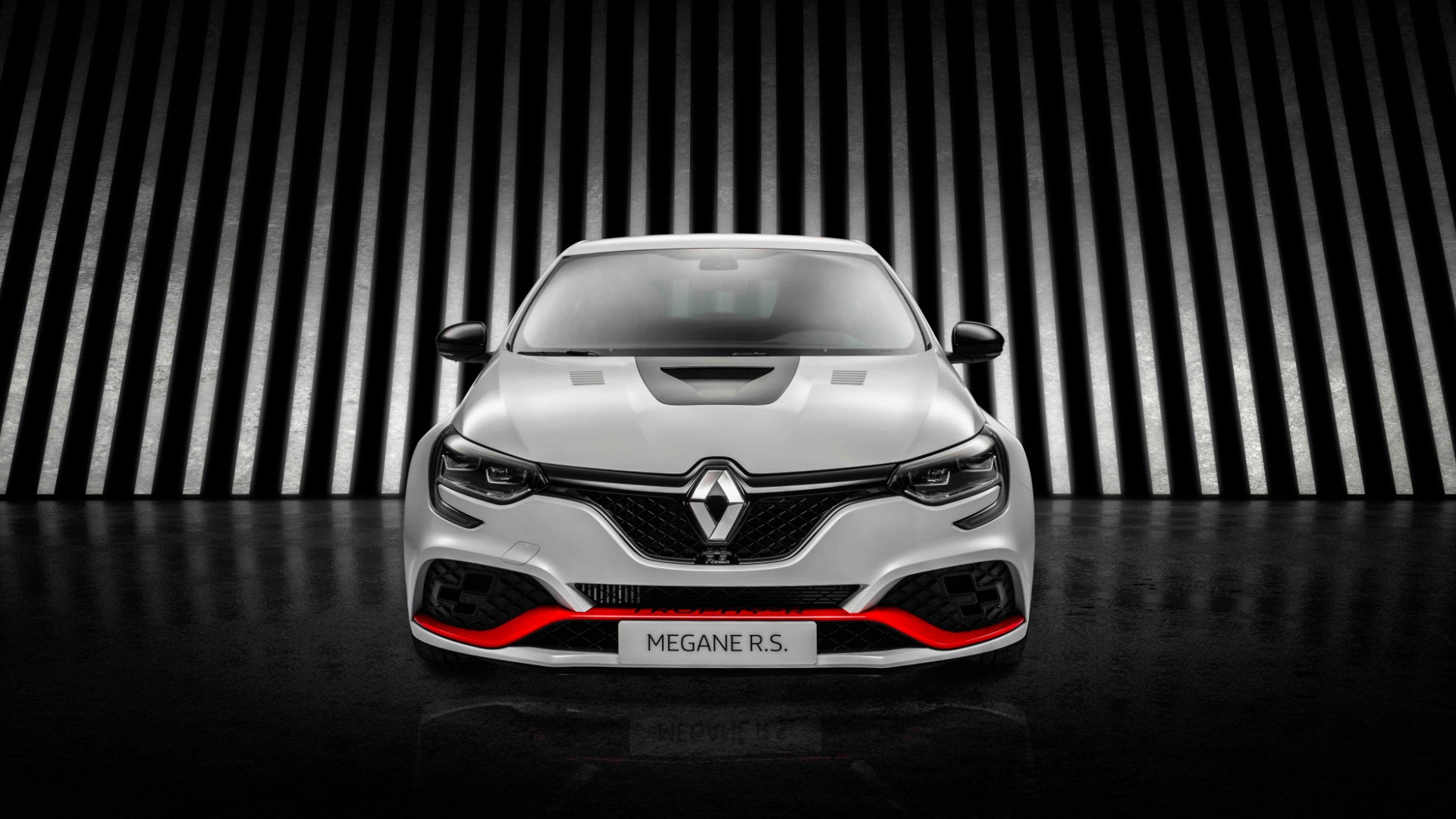 ‘Weight reduction plays a major role in increasing the performance of the new Trophy-R,’ says Renault.

‘In addition to offering a better mass/power ratio, the virtuous circle of weight reduction delivers better agility and performance. Light is right!’

Race car for the road 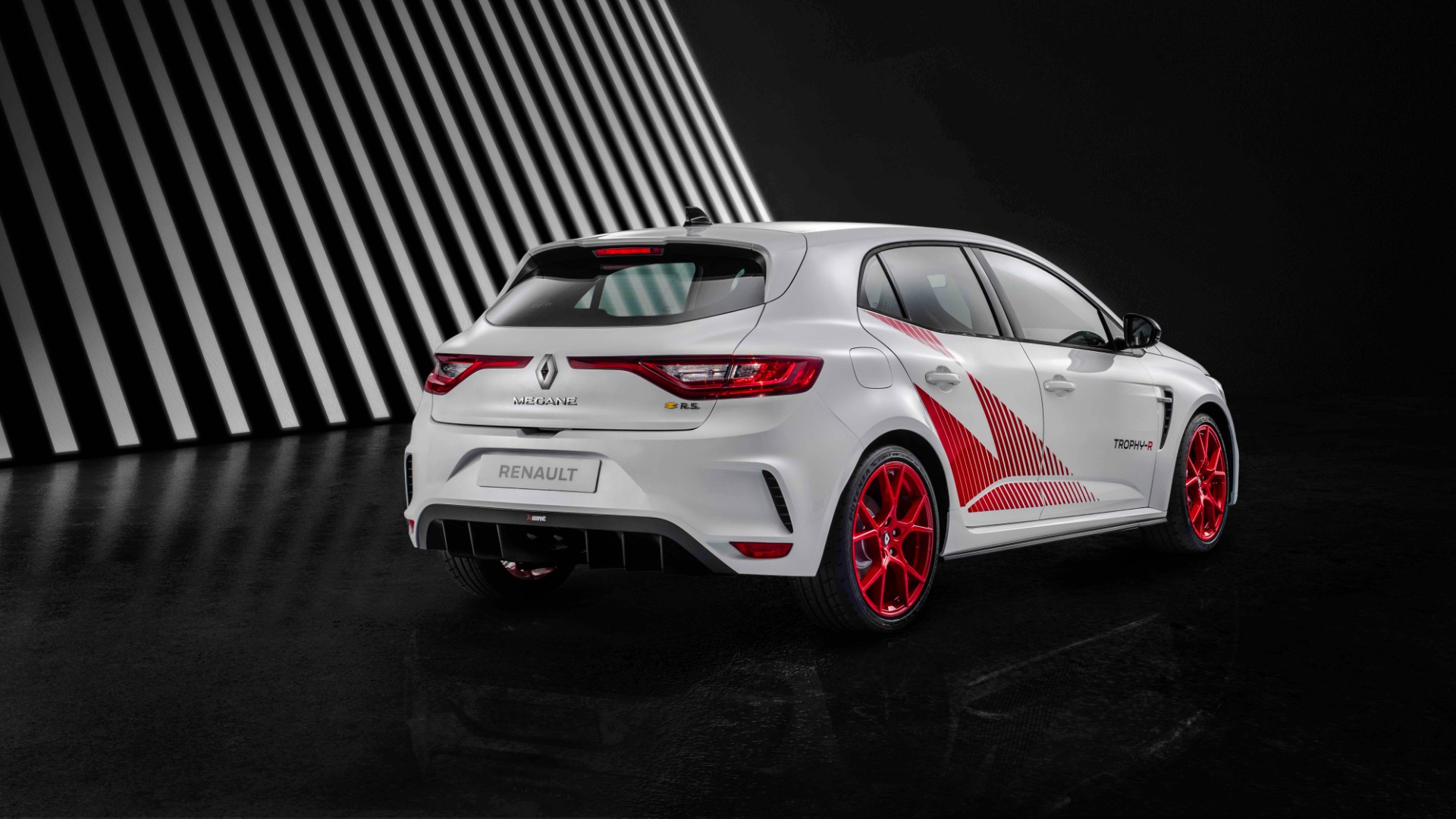 “It is very similar to a racing car, but is certified for the public highway. We know there are customers looking for this type of car, and not every driver should be put behind the wheel of such a car. For the engineers it’s an opportunity to concentrate their know-how to produce the fastest car possible. The Nürburgring record is a demonstration of that performance.“ 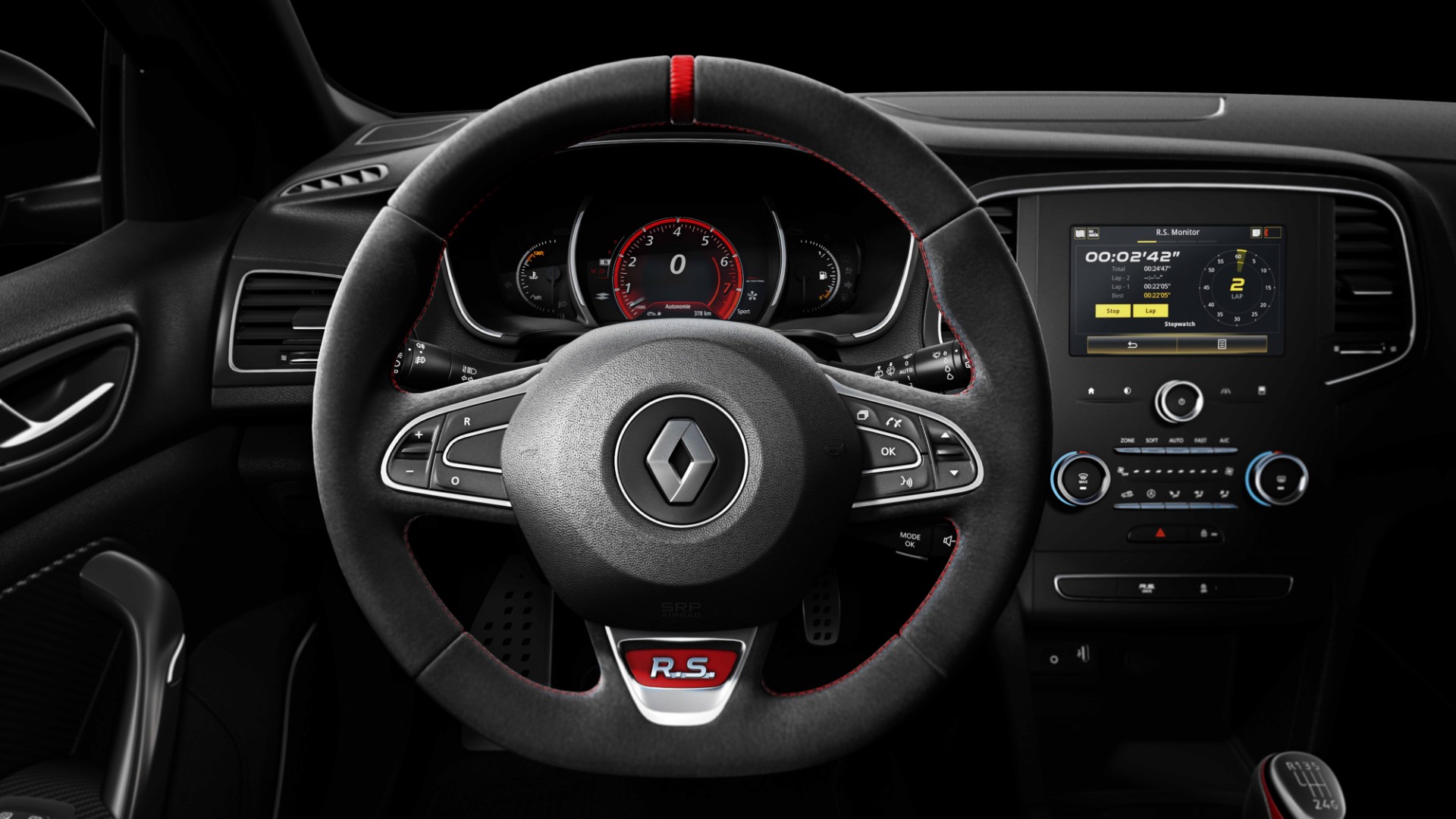 If you want one, you’d better act fast. Just 30 right-hand-drive examples are coming to the UK, out of the 500-car run Renault plans.

You’d have to ask MR’s Gav, who keeps ‘HowManyLeft’ tabs on old Renaults open 24/7, whether that makes it the UK’s rarest Renault. It’ll certainly be the rarest new Renault.

Ordering opens in August, with deliveries from October. The price is yet to be announced. Expect a substantial hike over the £31,835 Trophy, given all the exotic tweaks the ‘R’ benefits from.