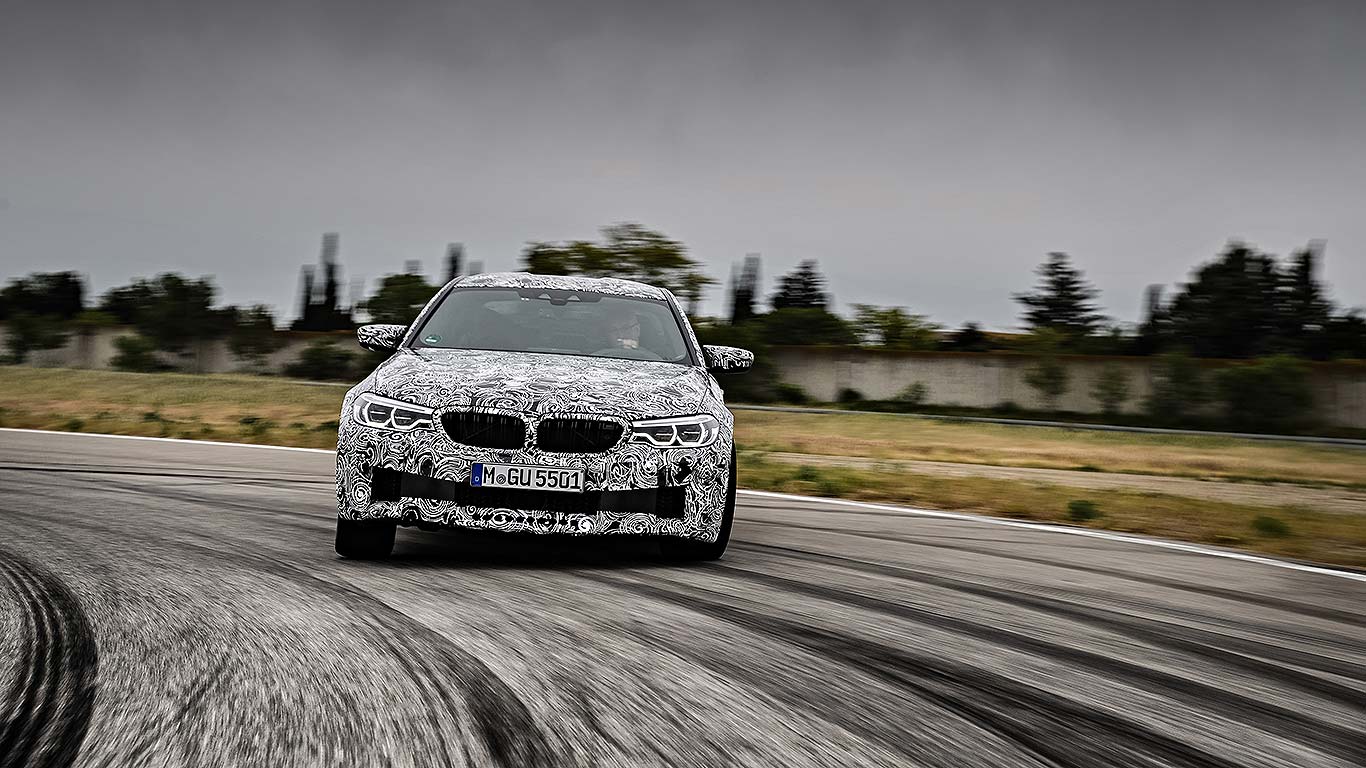 The upcoming new 2017 BMW M5 has made the switch: it will be four-wheel drive for the first time in its history, as it adopts xDrive technology. But, as BMW is keen to demonstrate in this prototype first look, enthusiast drivers need not worry, because it will still offer two-wheel drive fun at the racetrack…

Using an updated version of the existing M5’s 4.4-litre V8 turbo engine, the new 2017 M5 will be the most powerful model ever. More than 600 horsepower is expected, along with a 0-62mph time “noticeably quicker” than today’s car. Thanks to four-wheel drive traction, BMW insiders are hinting at 3.5 seconds or less.

BMW is also keen to stress this new super-saloon will do 26.9mpg and emit 241g/km CO2. Not that we imagine fuel economy will be particularly high on the agenda of drivers tempted by the five-mode potential of its new M xDrive technology.

Helping better exploit the potency of its V8 firepower, the new M5 has a rear-biased feel even in four-wheel drive, says BMW. The front wheels only kick in when the rears can’t handle any more power. And a raft of configurations include three M xDrive modes: 4WD, drift-happy 4WD Sport and a tyre-smoking 2WD setup. The glory of the latter is shown in the video.

BMW’s even sought approval from its works driver, DTM champion Timo Glock. Apparently, he’s a big M5 fan. “I often drive long distances and I need plenty of room for my family, but I wouldn’t wish to give up the chance to explore the car’s sporting character,” he apparently said.

“With M xDrive, not only can the new BMW M5 be steered with the usual precision and agility, it also offers me something I really appreciate, living in Switzerland: a noticeable boost to traction and controllability – even when driving in particular environmental conditions, such as wet weather and snow, and in both everyday driving situations and when pushing the car to its performance limits.”

Of course, he would say that, but his point stands: in switching to four-wheel drive, BMW has made the new M5 more usable in everyday driving, while also retaining the opposite-lock potential for out on the racetrack.

Here’s to finding out what the final production car is like, both on road and track…