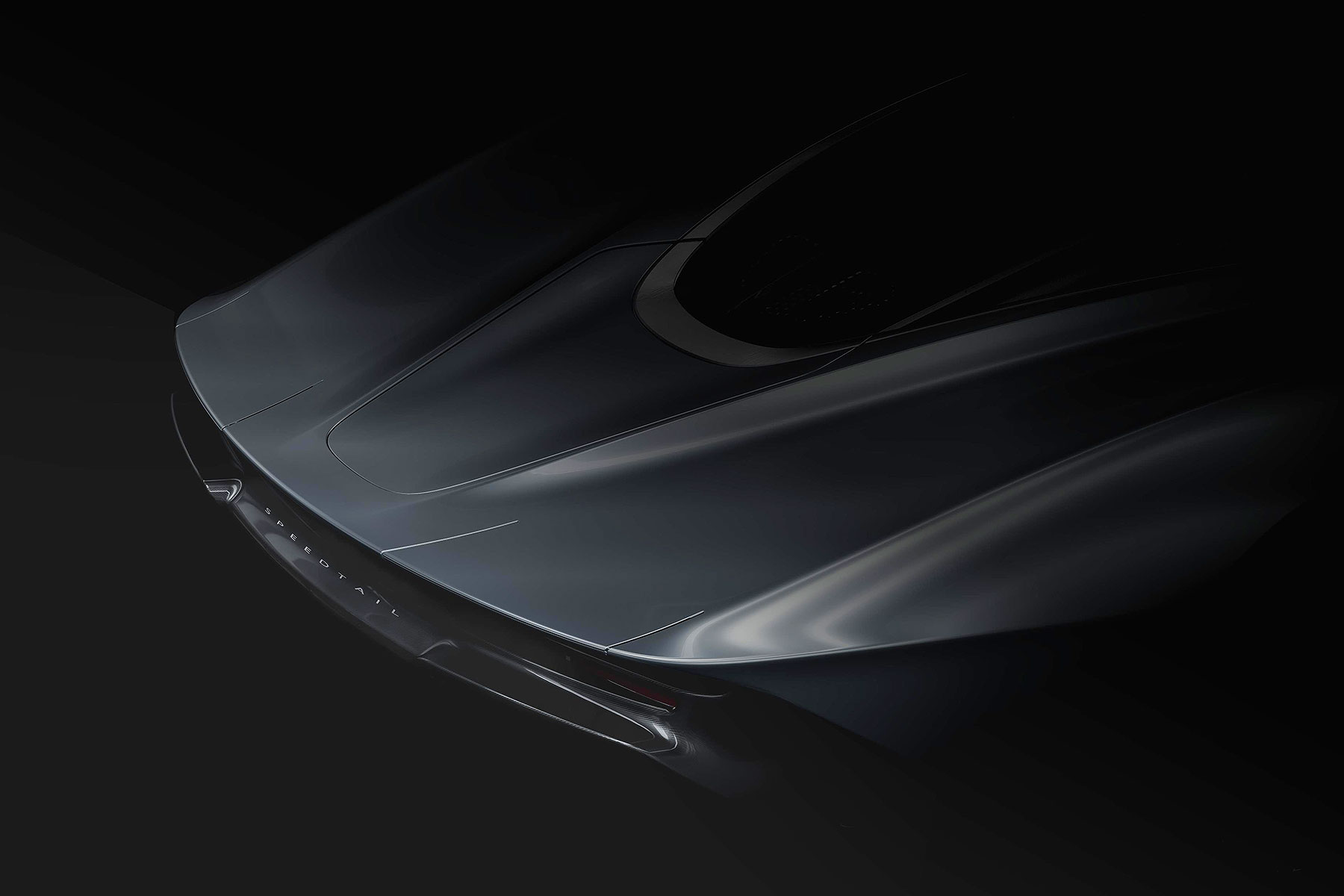 McLaren will finally launch a successor to its famous three-seat F1 at 1pm on Friday 26 October, 25 years after the original model wowed the world.

Expected to produce over 1000hp, the firm says the McLaren Speedtail name has been chosen partly because it will have a top speed higher than any McLaren road car yet built. The exact speed will be confirmed on 26 October – which will be streamed on McLaren’s website.

The latest McLaren Ultimate Series car, the Speedtail will become its first so-called ‘Hyper-GT’. This is to differentiate it from the much more focused, track-ready McLaren Senna, which is basically a track racer that just happens to be road-legal.

The McLaren Speedtail will be much more luxurious than the Senna. It will also have a higher top speed, because its elegant styling is less obsessed with creating masses of downforce (the Senna generates 800kg at 155mph), and more concerned with looking “momentous, flowing, [and] highly streamlined”.

In excess of 1,000hp will be generated by a petrol-electric hybrid drivetrain, presumably giving the Speedtail some zero-emissions potential. Perfect for supercars of London owners.

Speaking of London, the 106 lucky owners will shortly get to see the Speedtail in full before the rest of the world – at a private event held somewhere in London. It remains to be seen whether any of them will leak it before 26th October…

The interior will be very posh, with the F1-inspired central driving seat sitting within an “advanced, beautifully crafted interior”. McLaren is promising exquisite new materials and loads of potential to personalise the Speedtail.

Codenamed McLaren BP23, McLaren will begin building the Speedtail towards the end of 2019. Sorry, though, eager buyers – the entire production has already been allocated. Indeed, it was fully subscribed way back in November 2016, despite that heady list price.

Oh, and why is McLaren limiting production to 106 cars? Because that’s the number of original F1s it made. That was over a five-year period, though: it’s a sign of the times that its replacement sold out virtually in an eyeblink…