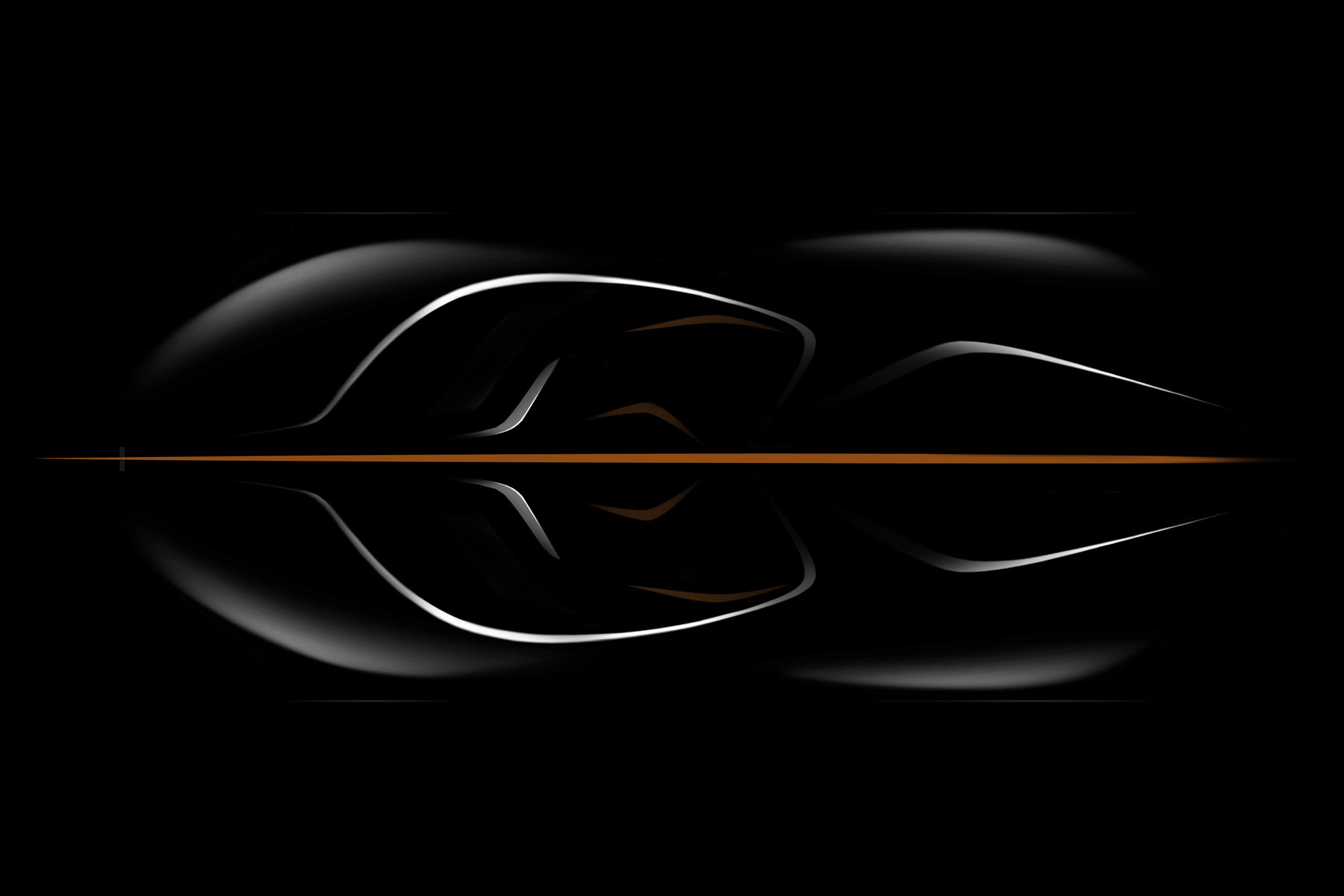 McLaren has released this picture teasing a new three-seat ‘hyper-GT’ car it says will be “the most exquisitely crafted and luxurious road-going McLaren to date.”

“BP23 will borrow the three-seat layout with the central driving position made famous by the iconic McLaren F1,” said McLaren Automotive’s CEO, Mike Flewitt. “It will be housed in a streamlined, shrink-wrapped carbon fibre body of great elegance.

“We are calling BP23 a ‘Hyper-GT’ because it’s a car designed for longer journeys, but with the high levels of performance and driver engagement expected of any McLaren. A hybrid powertrain will make it one of the most powerful McLarens yet created but the car will also deliver the highest levels of refinement, enabling significant journeys to be undertaken with up to three people aboard.”

The BP23 is expected to use the same twin-turbocharged 3.8-litre V8 engine as other McLaren models, combined with an electric motor.

McLaren says that design work of the BP23 has now begun, with first examples expected to be delivered early in 2019. Production is being capped at 109 units, making it just as limited as the iconic McLaren F1.

All models have already been spoken for, with owners invited to personalise their cars through the bespoke service offered by MSO.

The BP23 will be enitrely unique, with McLaren going as far as designing bespoke switchgear for the model. Like other McLaren models (including the F1), it’ll feature butterfly doors – but they’ll be powered for the first time on a McLaren.

We’ll find out more about the car, including more detailed pictures, closer to its 2019 launch date.