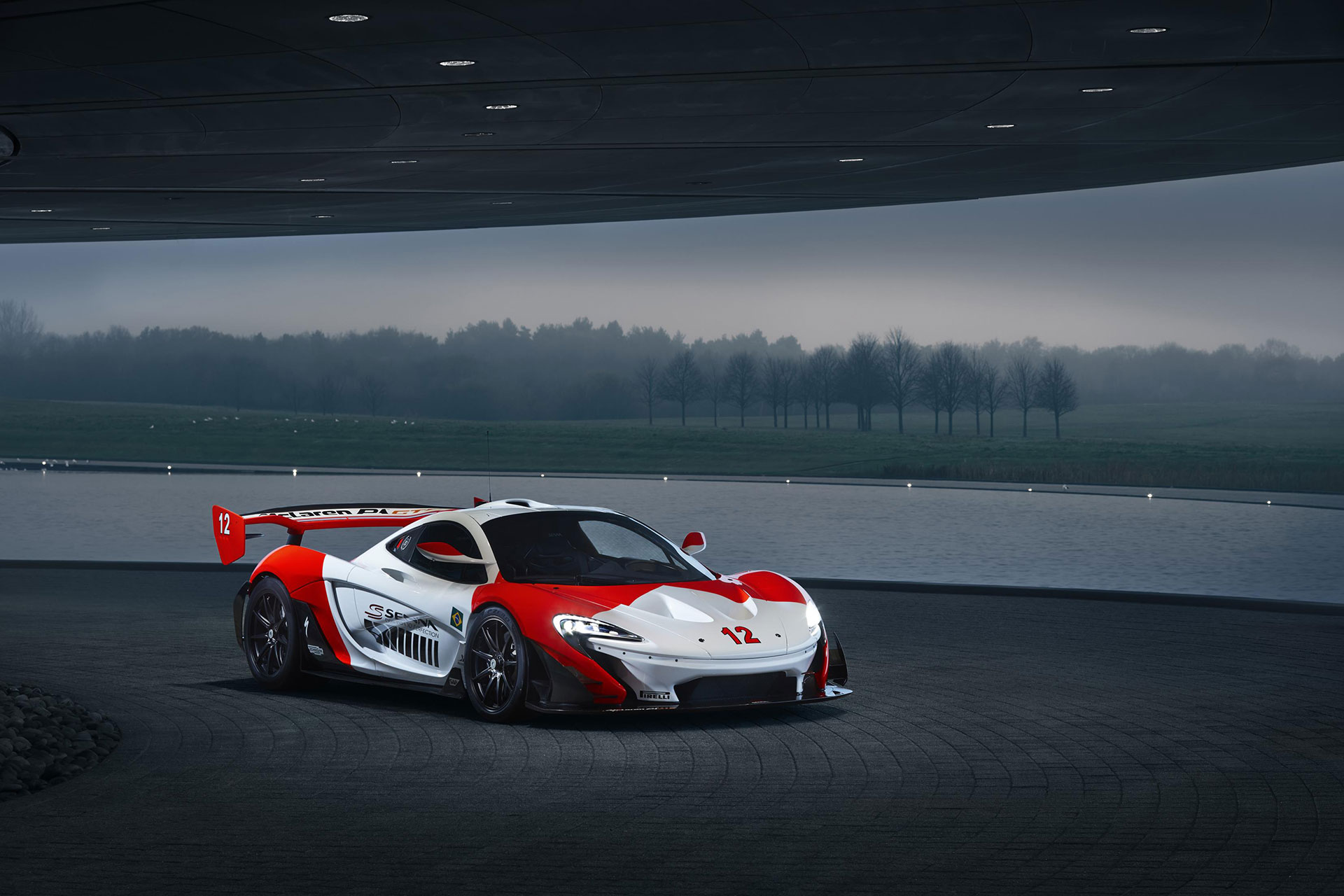 Created by the McLaren Special Operations (MSO) team, and done so with the full blessing of the Senna family, this is more than just special paintwork and decals. 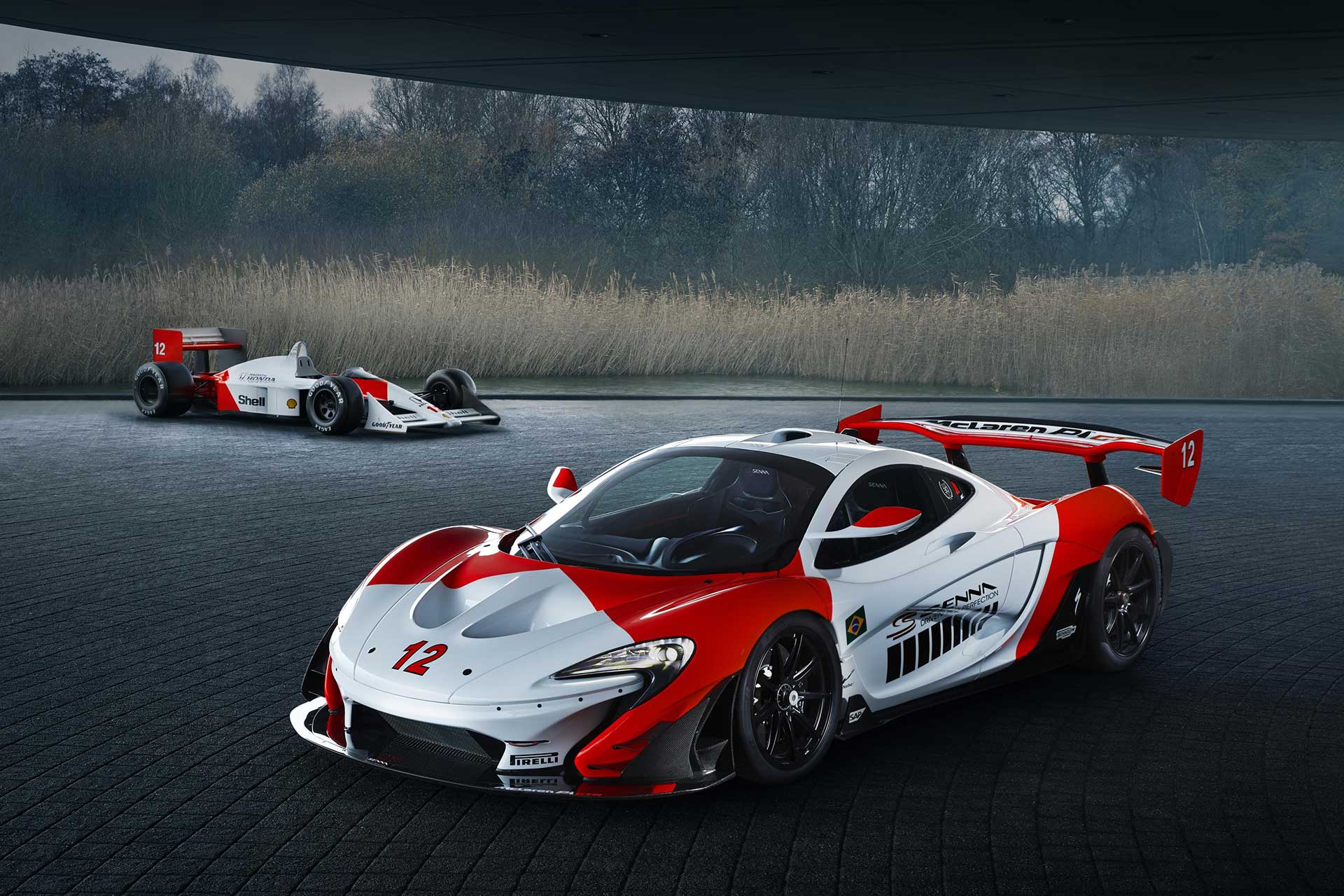 For those of a certain age, the red and white Marlboro sponsorship of McLaren’s Formula One cars is unforgettable. It was the colour scheme worn by the three cars which Ayrton Senna took his F1 titles, and left a lasting impression on this P1 GTR’s owner.

The result was a painstaking painting process, which saw more than 800 hours spent ensuring the colour scheme was perfect. McLaren’s Rocket Red and Anniversary White pay homage to the classic Marlboro colours, with a number of unique details also added.

A painted ‘12’ race number, as used by Senna during 1988 on the McLaren MP4/4 racer, can be seen on the nose. The Senna brand trademark appears on the front splitter and doors, and a barcode replaces the Marlboro text itself.

It makes the already dramatic P1 GTR even more distinctive, and is just the latest in a series of retro-inspired cars built by MSO. 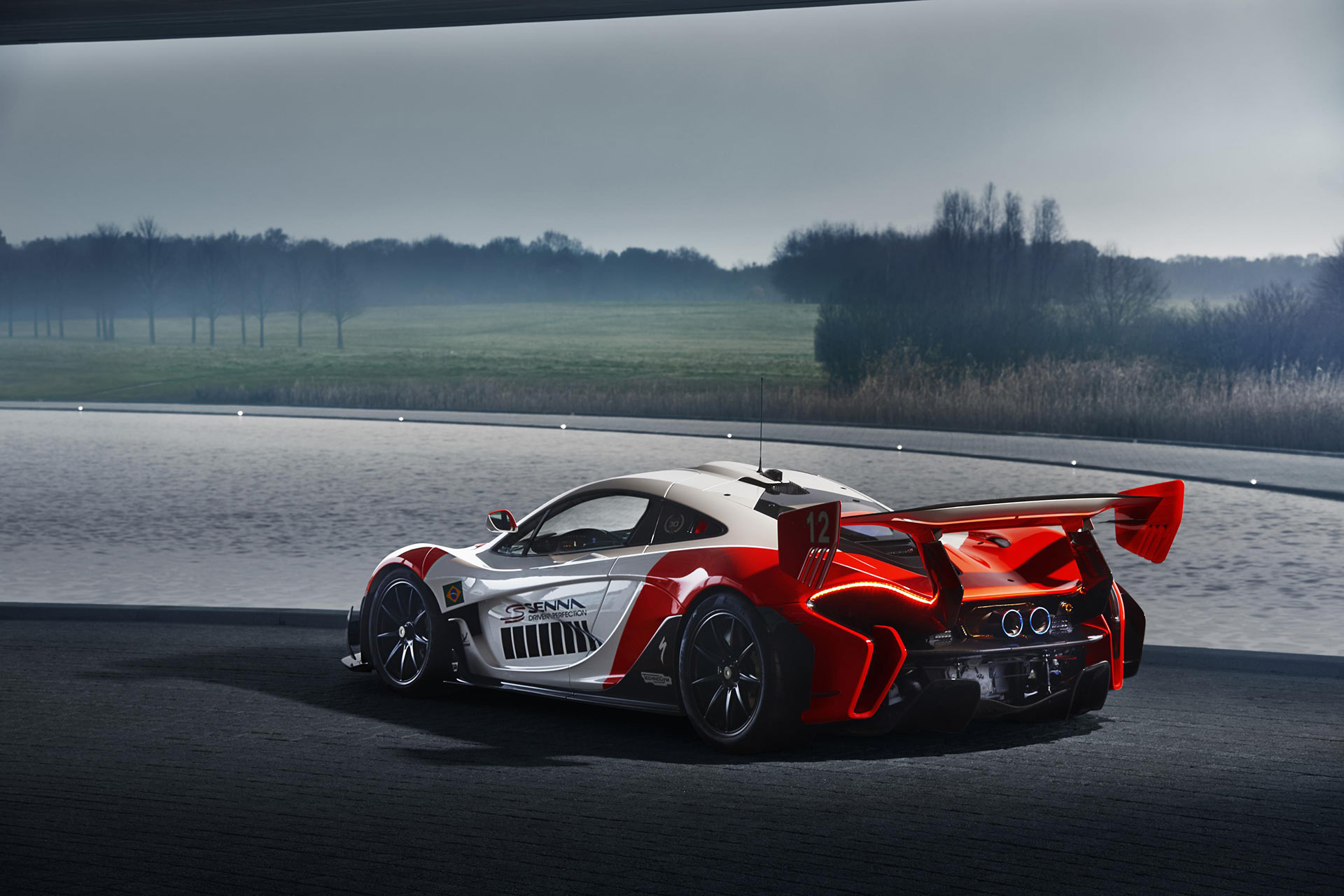 Whilst many would be pleased with a McLaren P1 GTR in an iconic livery, MSO is more than happy to cater for those want even more.

Fitted as standard with an extreme track-specification aerokit, new additions have pushed the level of downforce up to 800kg. This has been achieved with a wider front splitter, new dive planes, and new barge boards to better channel the airflow.

The already huge rear wing has also gained larger endplates, said to be inspired by those used on Senna’s 1988 MP4/4 racing car. 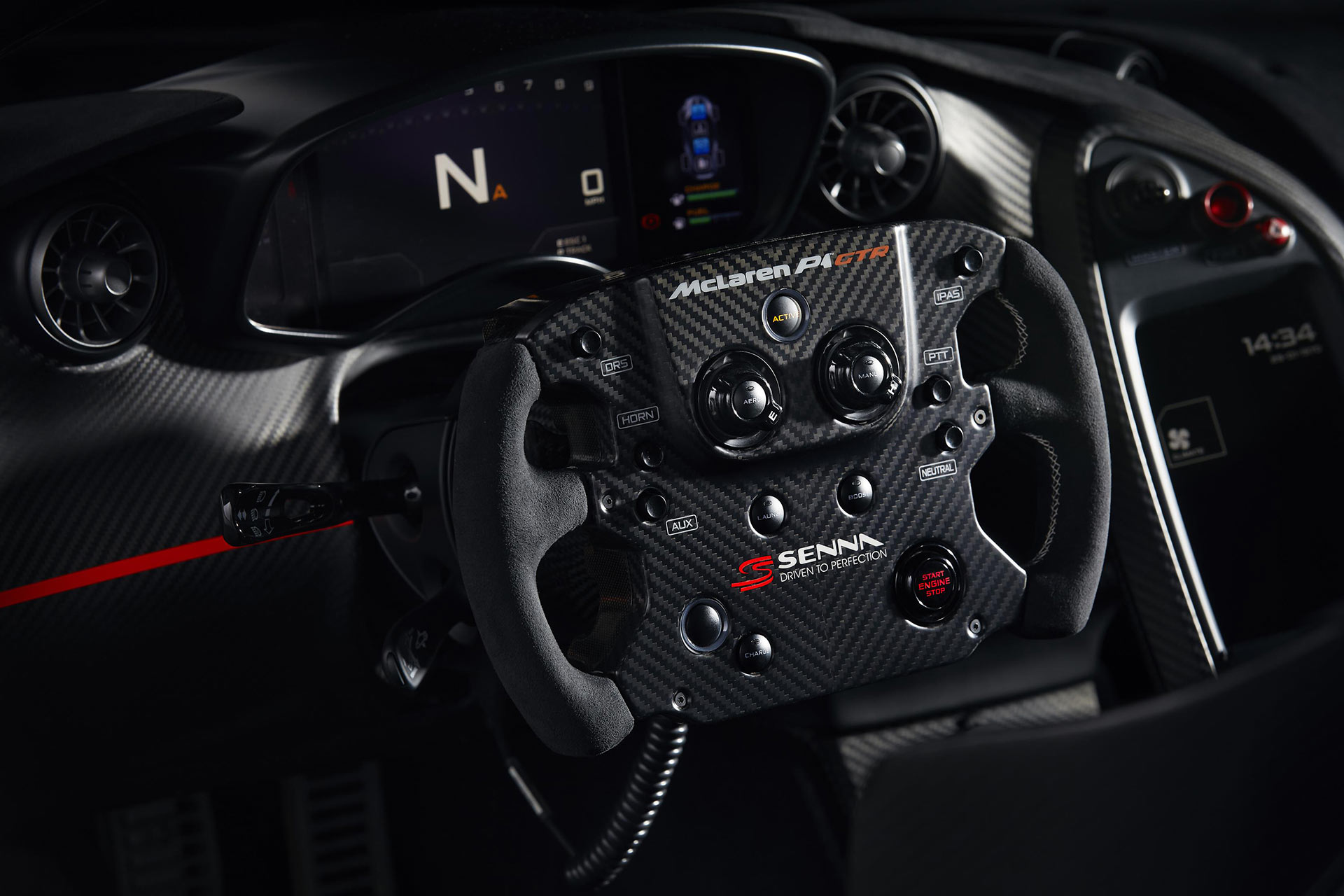 Unsurprisingly, the interior has not been spared further enhancements in the pursuit of the ultimate P1 GTR.

A Senna signature can be found upon the carbon fibre door sill, whilst the steering wheel has been retrimmed in Alcantara to replicate the one used in the MP4/4 race car.

A Senna logo also features on the steering wheel, whilst the same branding appears upon the lightweight racing seats taken from the McLaren Senna hypercar. Finally, a pair of bespoke crash helmets to match the external livery are supplied for driver and passenger.

The end result is an astonishingly detailed creation, and one which suitably plays tribute to the man who inspired it. It has even been christened ‘Beco’ by its new owner – the nickname used for Ayrton by his parents. 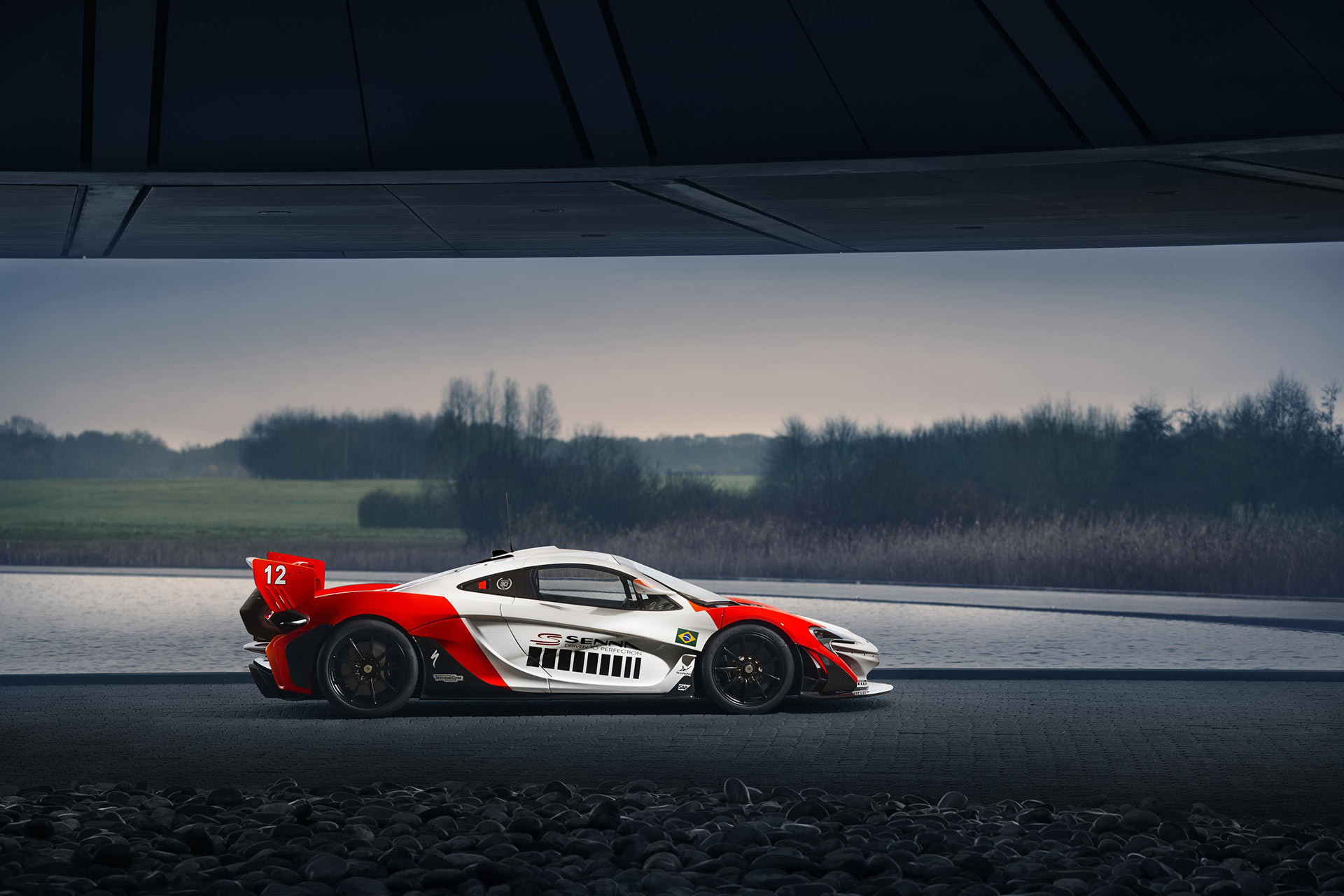