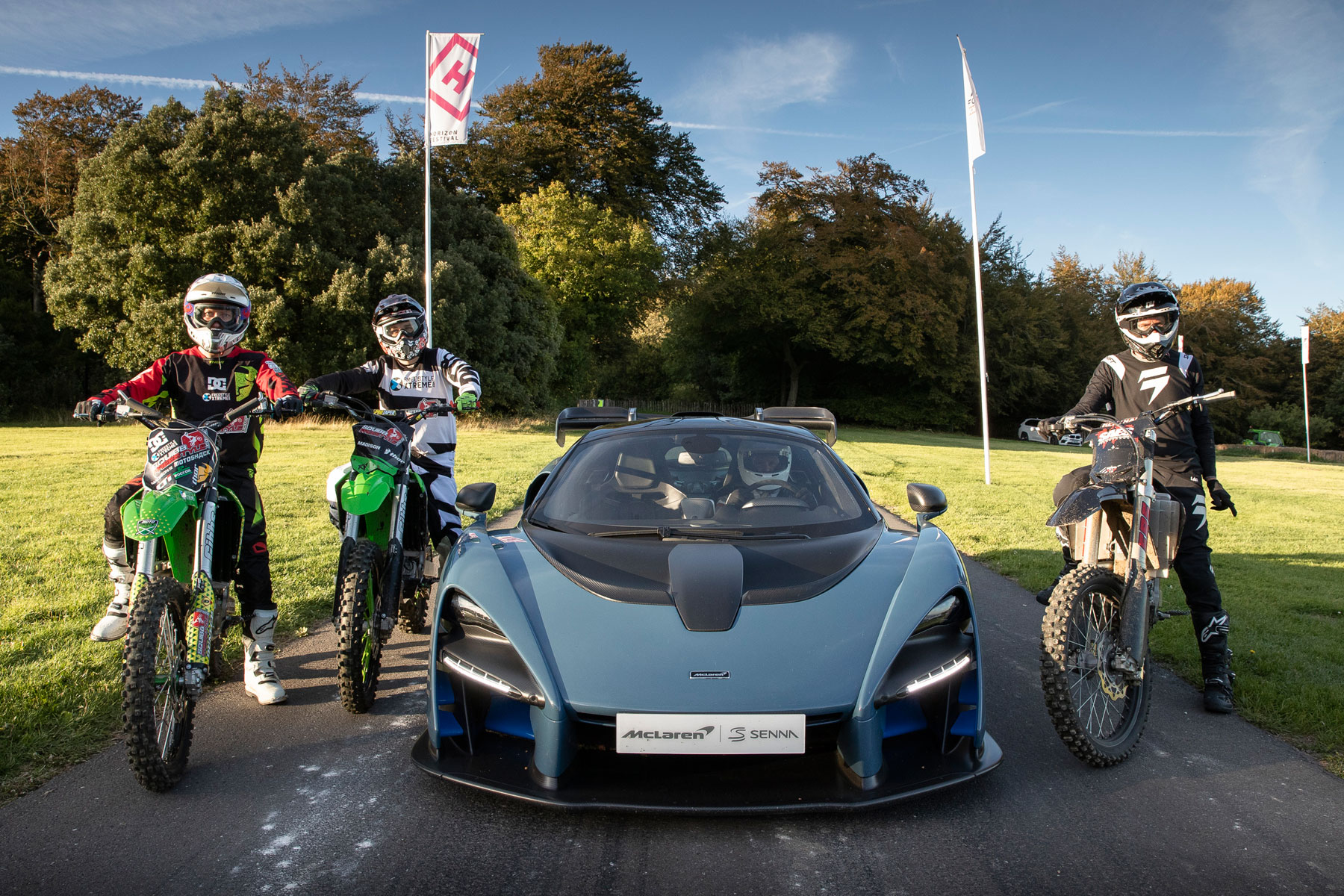 It answers a question asked by thousands of motorists every summer. No, not whether the M4/M5 or M3/A303 is the best way to the West Country, but what’s the quickest route to the top of the Goodwood Hill?

To celebrate the launch of Forza Horizon 4, a McLaren Senna and three motocross bikes lined up at the start of the iconic hillclimb, poised for a straight fight to the top of the hill.

The rules were simple: the driver in the Senna had to stick to the track, while the motocross riders were free to follow a route more akin to that chosen by a crow.

Who won? Well, you’ll have to watch the video to find out, but the riders used more than a few tricks and stunts to outmanoeuvre the incredible speed and power of the McLaren.

We’ve driven it, although not against a trio of motocross bikes at Goodwood. Our verdict: “Does it live up to the name? Without doubt. This McLaren is Senna. I now have a hesitation-free answer when people ask me what’s the best car I’ve ever driven.”

Forza Horizon 4 Ultimate Edition is available from Friday 28 September, four days ahead of the global launch on Tuesday 2 October. Gamers can collect, modify and drive over 450 cars and play solo or team up with friends to race through Great Britain.

Maybe Forza will have the answer to the M4/M5 or M3/A303 conundrum. We’d opt for the A303, especially if we had the keys to the McLaren Senna.