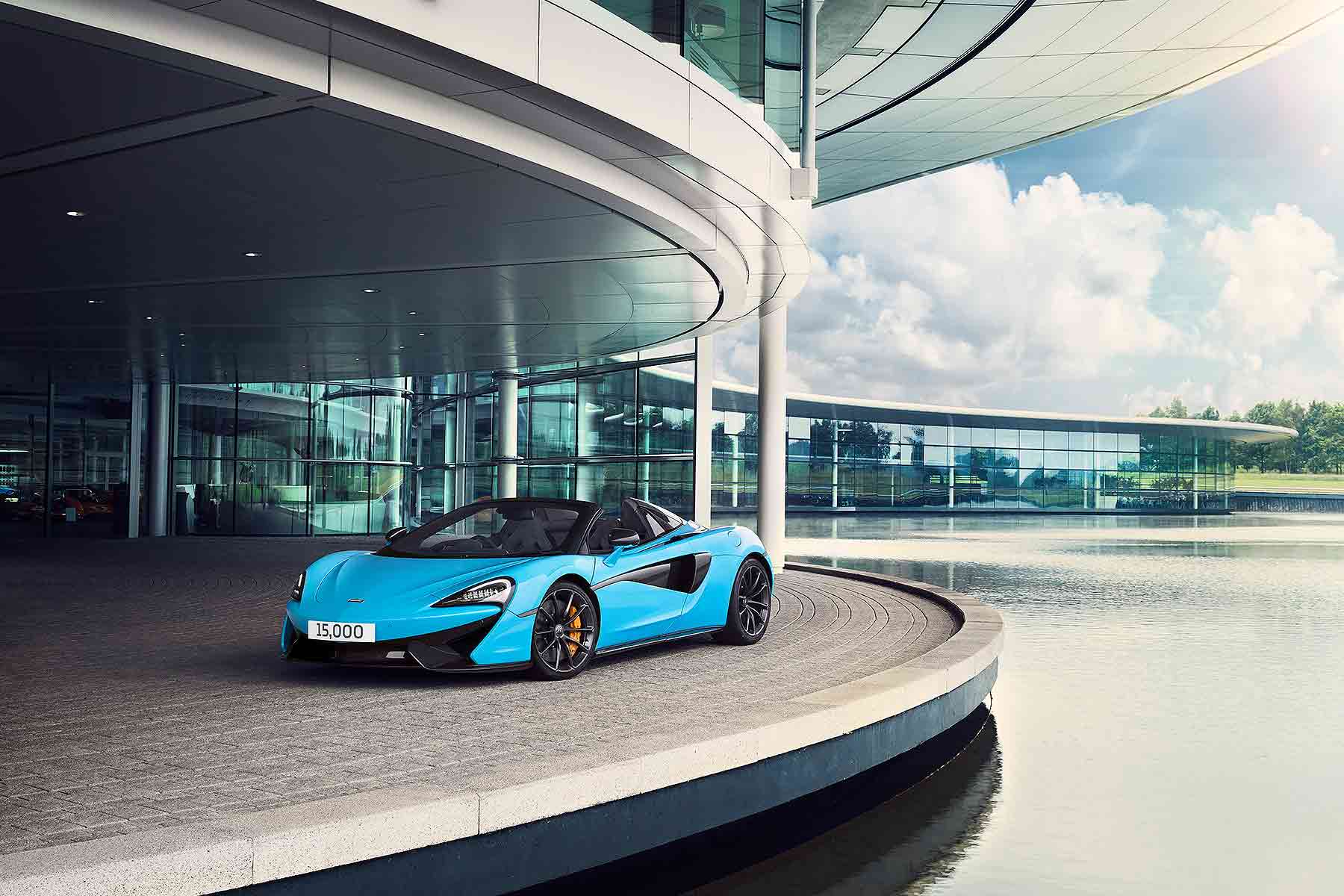 McLaren Automotive only started building its first supercar seven years ago, but today, the British firm is celebrating the production of its 15,000th.

A Curacao Blue 570S Spider is the landmark car, built less than 18 months since McLaren put the finishing touches its 10,000th car. That’s what happens when you add a second shift, which it did in 2016, doubling production from 10 cars a day to 20.

Nine in 10 new McLarens are exported overseas, and the firm sells in more than 30 markets.

Reaching 15,000 cars built is a significant milestone,” said McLaren CEO Mike Flewitt. It shows “how demand and production have increased”. The Sports Series has been pivotal to delivering this growth, with the 570S Spider now the most popular car of the range.

The rapid growth of McLaren Automotive saw the firm set yet another sales record in 2017: it made 3,340 supercars. Two-thirds of them were Sports Series, and the rest were Super Series.

For 2018, an Ultimate Series model will again be joining the sales charts: indeed, production of the very first of 500 McLaren Sennas will be completed within days.

It’s all thanks to the hard work and dedication of everyone at McLaren Automotive, added Flewitt. They should all “feel justifiably proud and part of this great team effort”.