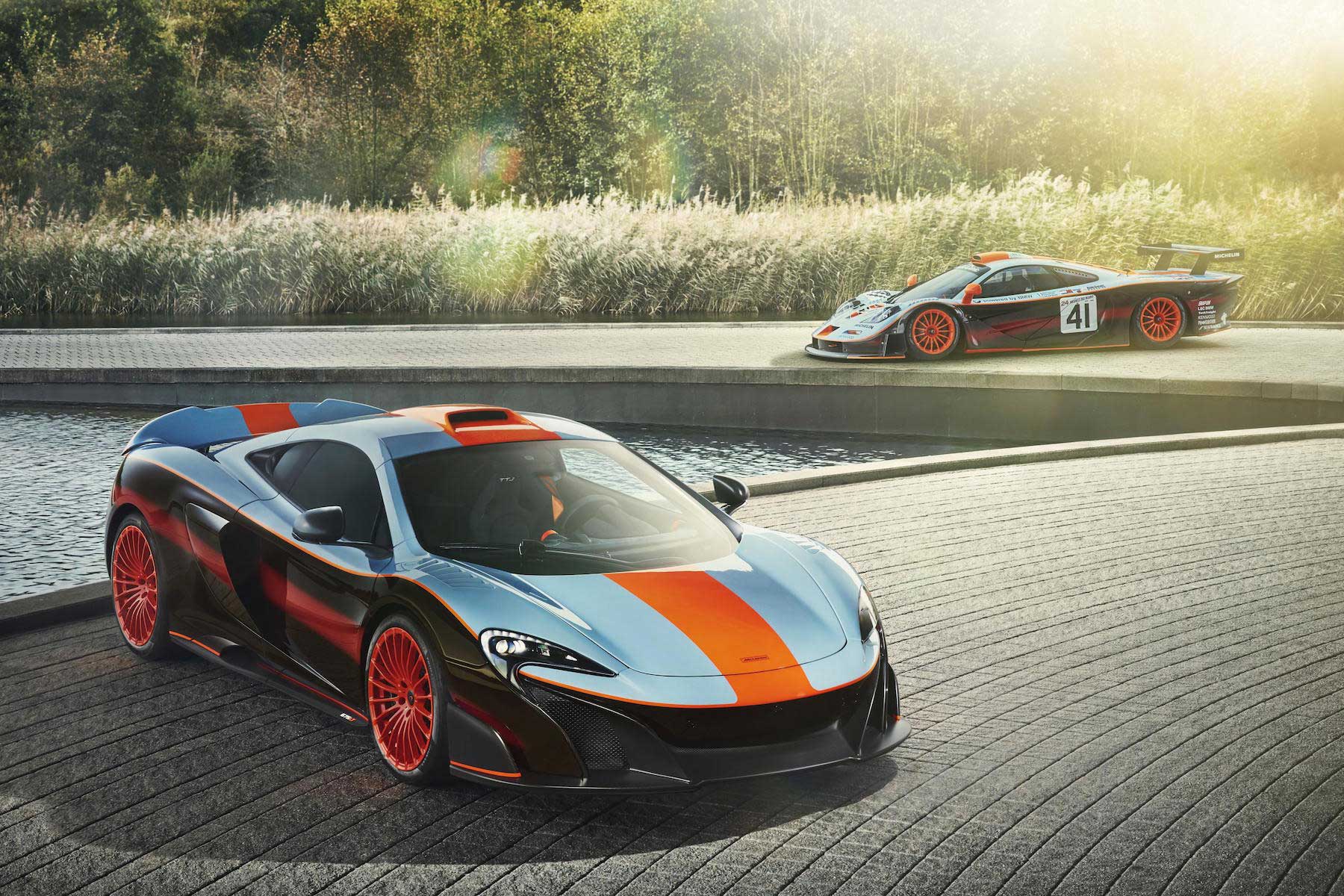 The Gulf Racing livery of light blue and orange is one of the most instantly recognisable racing colour schemes. For one customer it was the only choice when commissioning McLaren’s Special Operations team to create a one-off 675LT.

There is more to the new car than a simple love of blue and orange though. Inspiration has come directly from the 1997 McLaren F1 GTR race car, which competed in the 1997 Le Mans 24 Hours. Supplied to the Gulf-Davidoff GTC Motorsport team, car number 41 took a class win, and second overall, at the French endurance event.

It’s also worth noting that the 1997 McLaren F1 GTR racers had the nickname of ‘longtail’ due to their extended rear bodywork. When creating the driver-focussed 675LT, McLaren made a deliberate choice to reference the 1997 race cars, with the ‘LT’ referring to longtail. 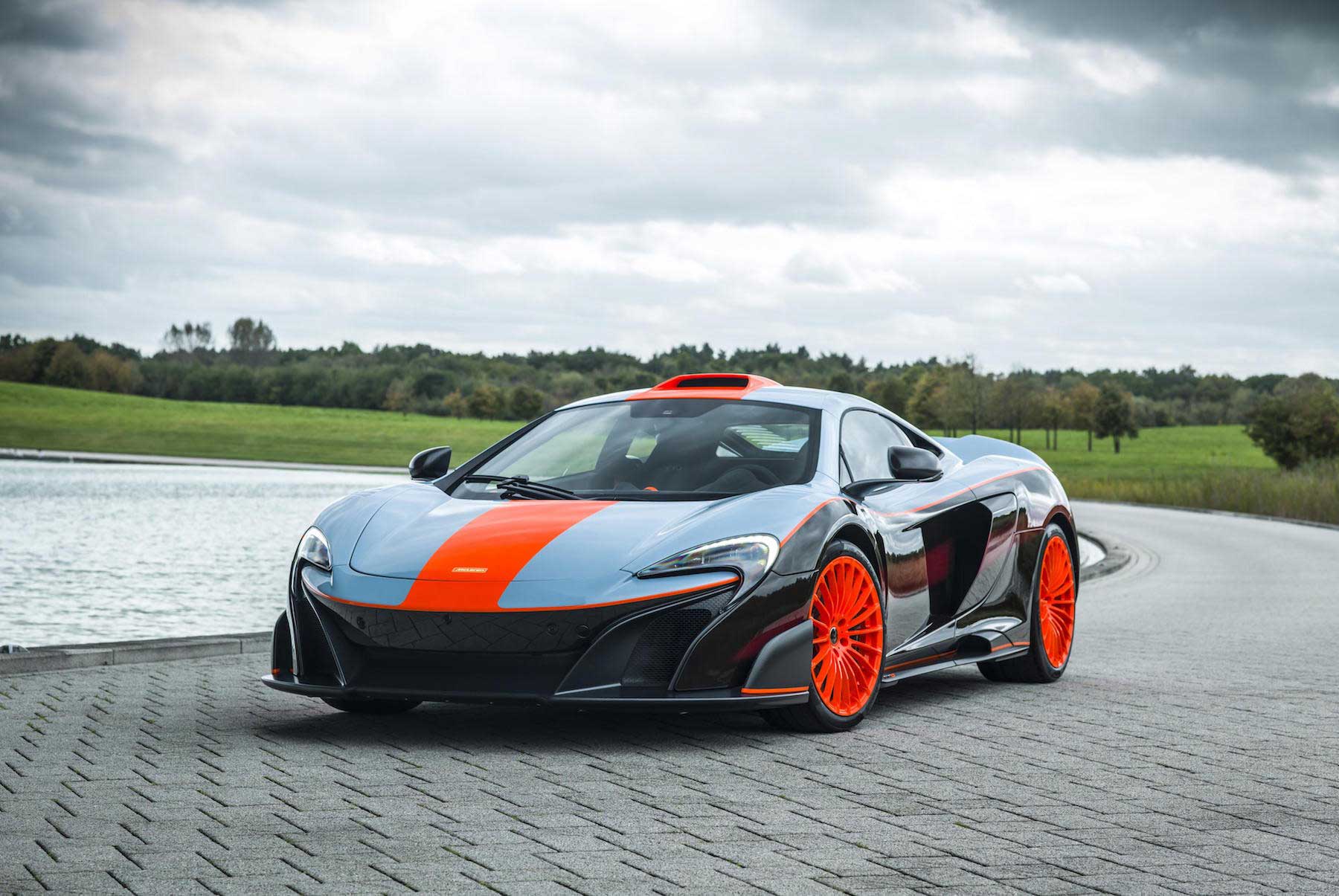 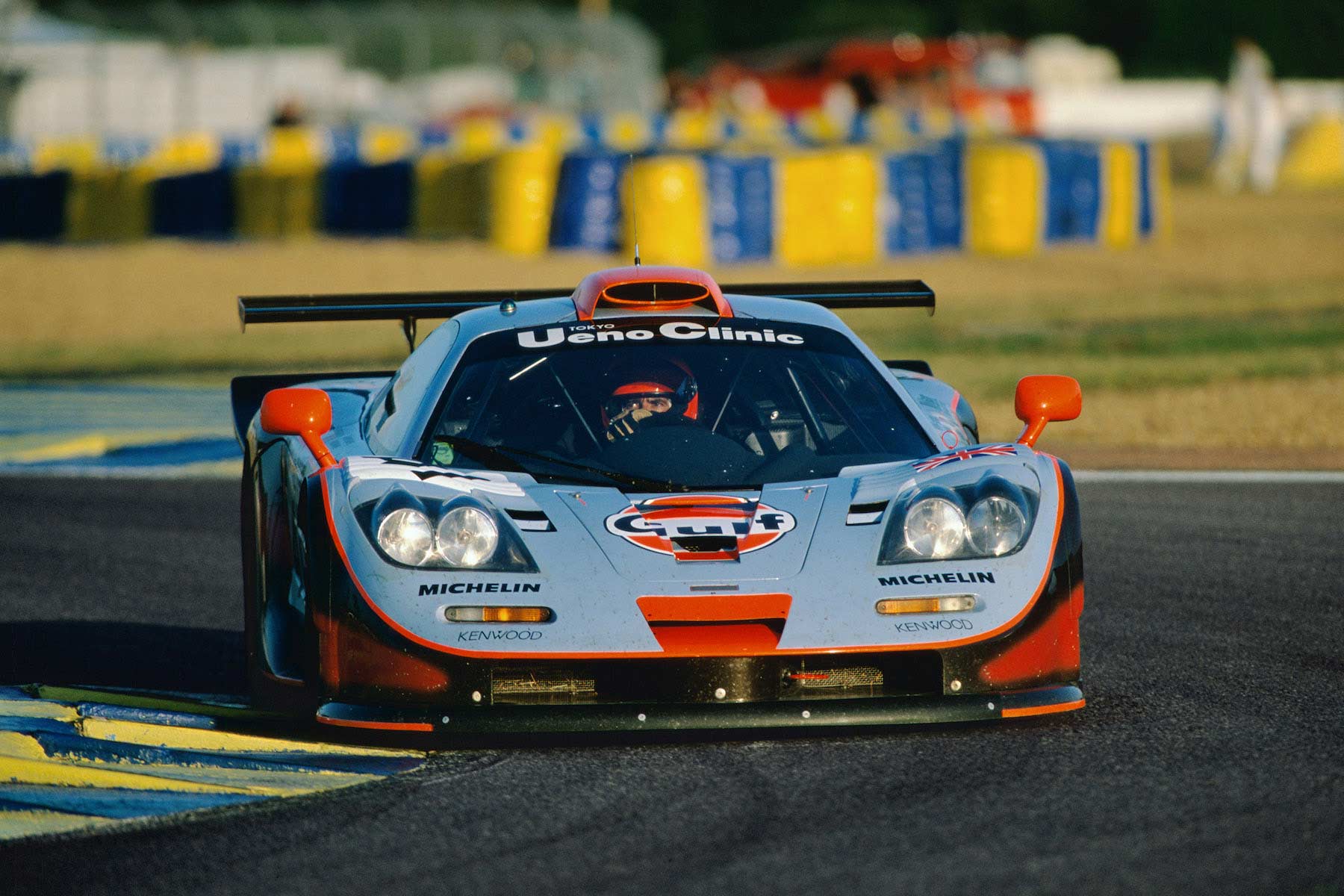 Whilst the 675LT does not possess extended bodywork, it does have an Airbrake we described as ‘humongous’ attached to the rear deck to aid stopping ability. So not only does the Gulf livery look impressive, it is also applied to a car that has a genuine link to the history of the McLaren brand.

Creating the Gulf livery 675LT was took the McLaren Special Operations team more than 1,000 hours to complete. An astonishing 800 of those hours were dedicated to the detailed paintwork, including painting the 20-spoke alloy wheels in retina-searing orange.

A number of options from the MSO catalogue have also been added, including louvered wheel wings, a distinctive roof scoop, and a rear airbrake made from carbon fibre. 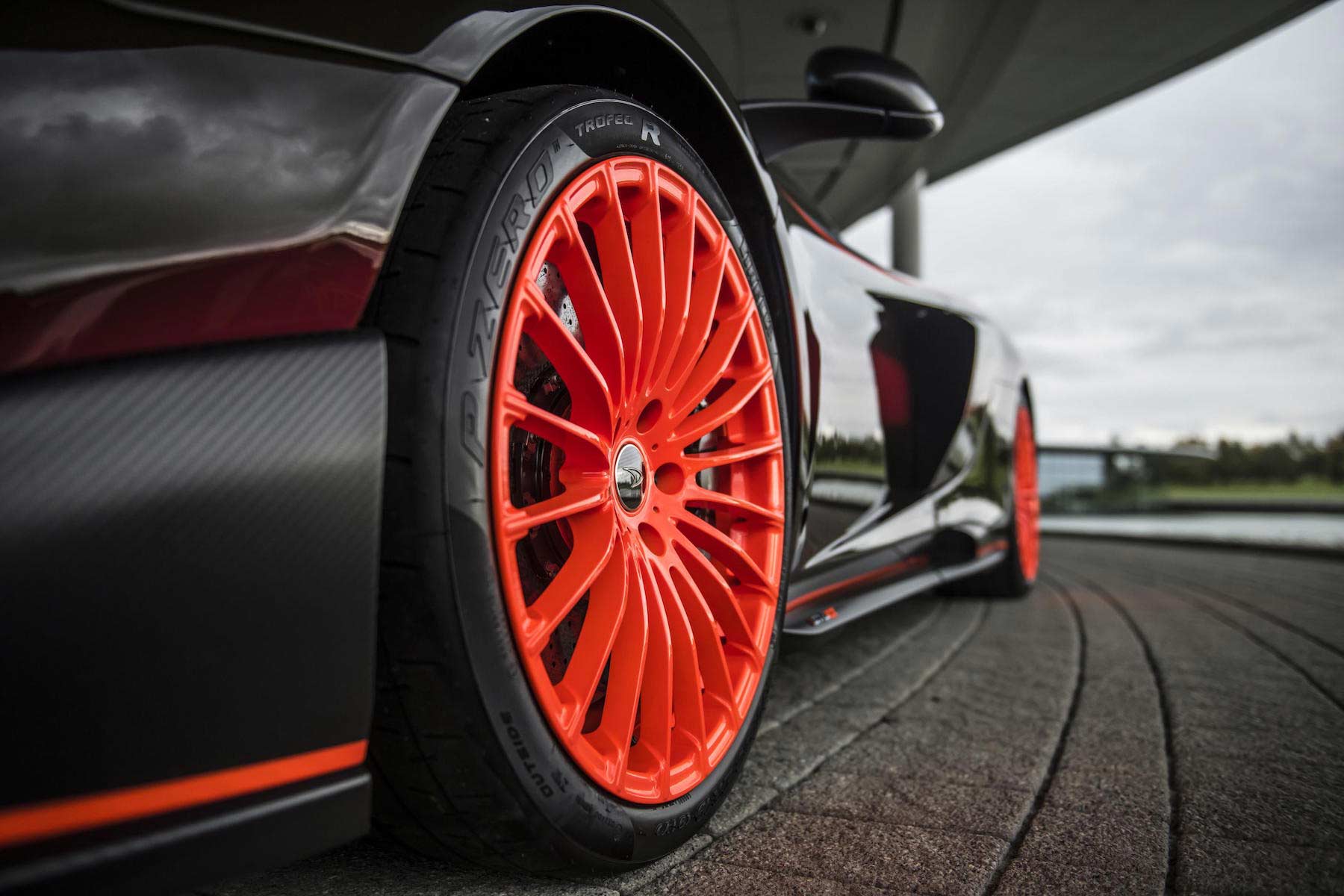 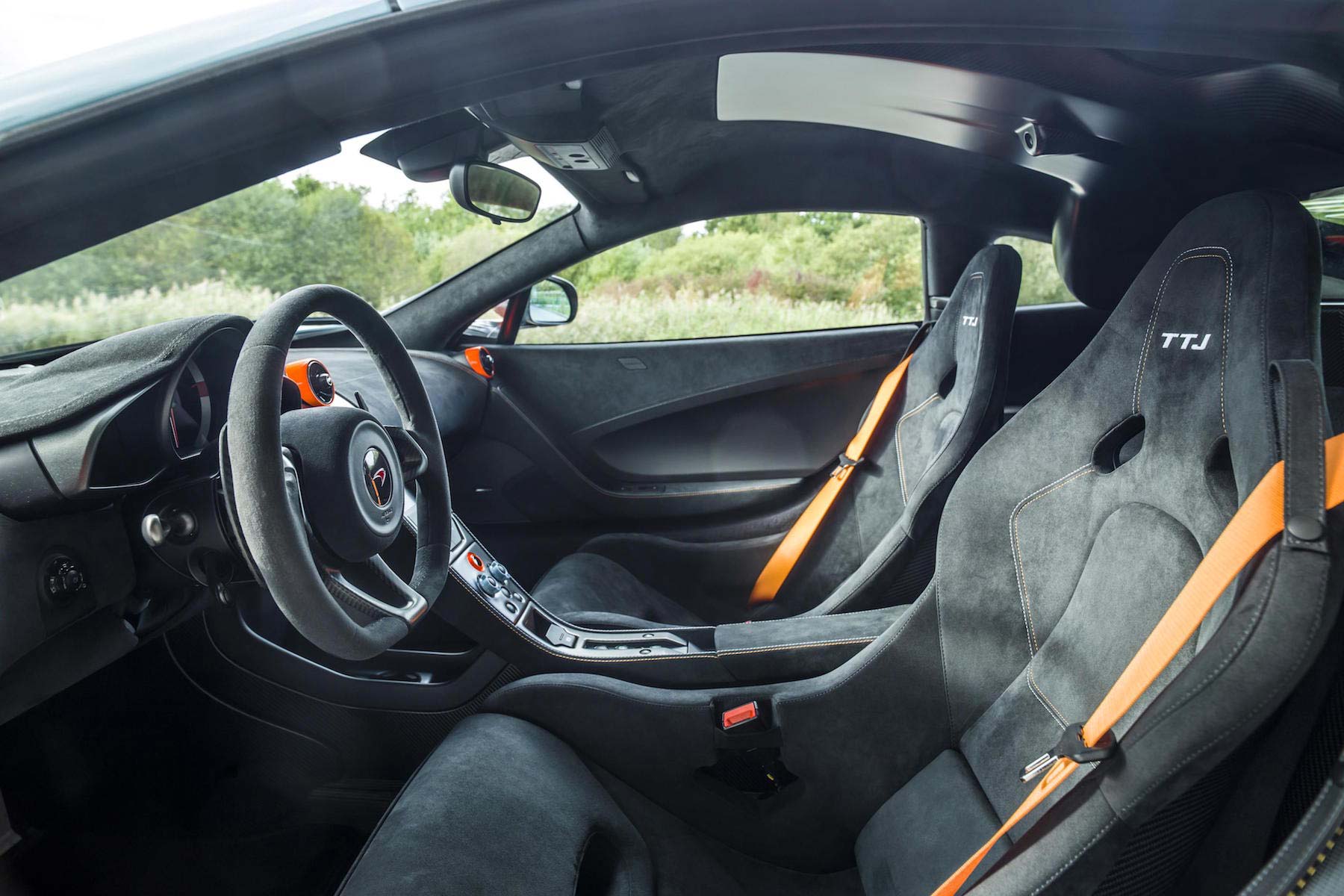 The interior has also been subject to a number of custom options, with extensive use of black Alcantara trim combined with blue and orange stitching. The carbon fibre door sills also feature the initials of the lucky owner, as do the bucket seats.

McLaren Special Operations had to seek permission from the Gulf Oil company to use the instantly recognisable colour combination.

No details have been provided on how much the custom creation has cost. But, given the substantial about of work invested into this car, we would expect a considerable premium over the £259,500 asked for the 666hp 675LT. We imagine the owner will find it to be worth every penny though.