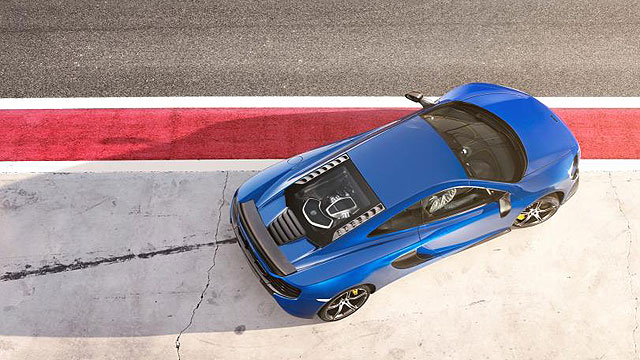 It has also released performance figures – the 650S Coupe takes 3.0 seconds to reach 62mph from rest, and will hit 124mph in 8.4 seconds, onto a standing quarter mile in 10.5 seconds.

The firm has revealed economy figures too: despite its potency, the 650hp 3.8-litre twin-turbo V8 will average 24.2mpg and emits 275g/km CO2.

By McLaren’s stopwatch, the 650S accelerates to 124mph a full second faster than the McLaren F1 (yes, the king has been beaten…), and reaches the standing quarter mile 0.6 seconds faster. It’s also half a second quicker to 124mph than the 12C (which, it once again stresses, remains in production…).

“Driving excitement is at the absolute heart of the McLaren 650S,” said Mike Flewitt, CEO of McLaren Automotive.

“Of course the performance figures are important, and they help boost excitement. But they’re only part of the story. This is a car that’s about feel as well as measurement.”

That’s why McLaren has improved the aerodynamics to enhance the handling, high-speed balance and steering turn-in of the 650S, which is also offered in Spider guise for £215,250.

“Everything we’ve learnt from the 12C and the McLaren P1™ has gone into this car,” said Flewitt, “creating a car with the widest breadth of capabilities of any production supercar.”