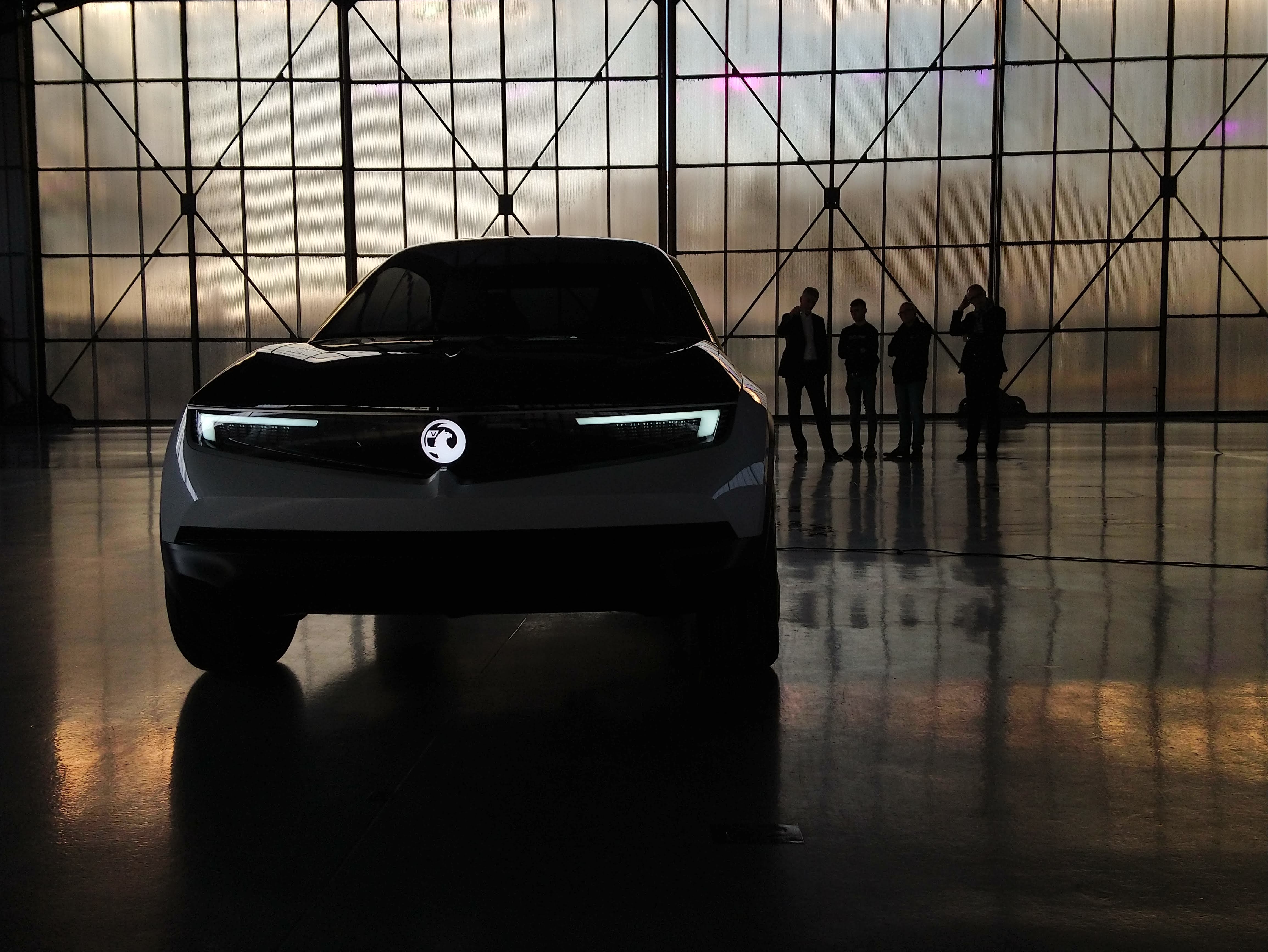 Take the GTX as a flight-of-fancy concept car and you do a great disservice to the team at Vauxhall and Opel’s design studio. This ‘design manifesto’ is seen as the first page – the opening gambit – in a new and very important chapter in the story of these two marques.

We took a trip to Bruntingthorpe to see the GTX and meet Vauxhall’s vice president of design, Mark Adams – the man who killed the Vectra – to get the lowdown.

We enter an expansive aircraft hangar. The GTX is sat in the middle, illuminated ‘wing’ signatures in the lights identifying it as a Vauxhall from afar, long before the enormous glowing Griffin badge comes in to focus. The GT Concept from 2016 is sat in a corner alongside the original Vauxhall XVR of 1966. The DNA of the former is immediately evident in the GTX, while the latter is a reminder of the marque’s historical affinity with bold design.

We take a cursory walk around the GTX. It immediately strikes us, if only in silhouette alone, as a crossover successor to the (soon to be canned) Adam. It’s got that same sloping roofline and cheeky rump, but with more decisive, confident and uncluttered lines. 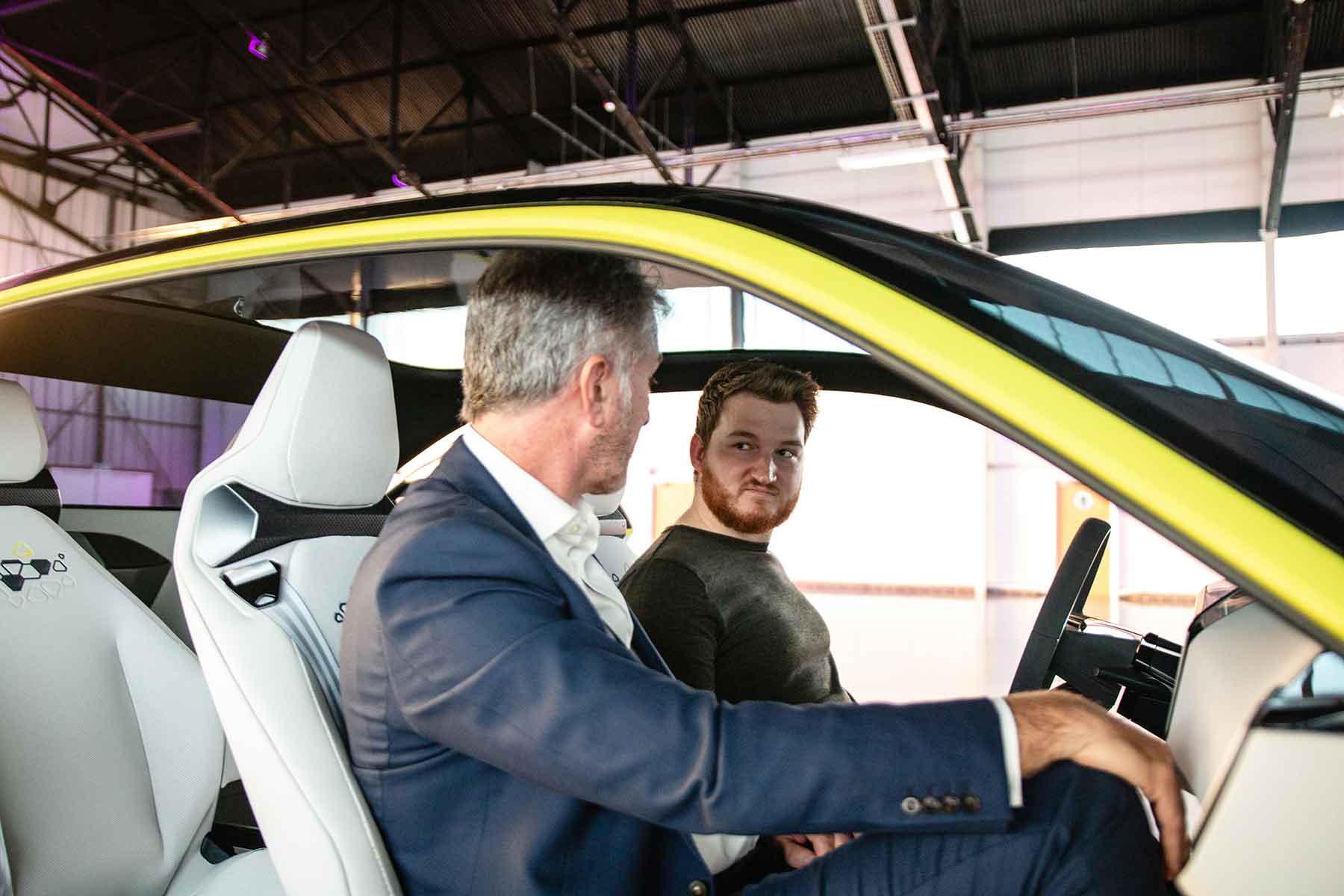 It has the dimensions of a supermini but the stature of an SUV, yet it’s neither immature nor intimidating. The GTX feels aspirational but attainable. More “I can afford that” than “one day”. Mark strides up to us with the smile and swagger of a man very satisfied with a job well done.

What’s it like working under Peugeot-Citroen (PSA) versus General Motors?

You know, Carlos [Tavares, CEO of PSA] besides being a brilliant businessman, has a real clarity of thinking relative to brand. There was no “everyone needs to do this”. It’s “you need to do it, but everyone in the company needs to know what you stand for,” so not in a dictatorial sense. I’m sure Carlos would tell you himself, he’s really happy with what we’ve come up with.

Is this car is the beginning of a fresh start?

We came down to some keywords that we wanted to be general themes for design and to be the drumbeat of the brand. For the former, two words were ‘bold’ and ‘pure’. You’ll see how those two words are the essence of every detail on the car, as well as the big picture. For the latter, we wanted to define what Vauxhall stands for. Three keywords were ‘ingenious’, ‘progressive’ and ‘approachable’. That all needs to be ingrained in who we are. We presented the car internally first of all, to us and to the new company, and everyone was very happy. 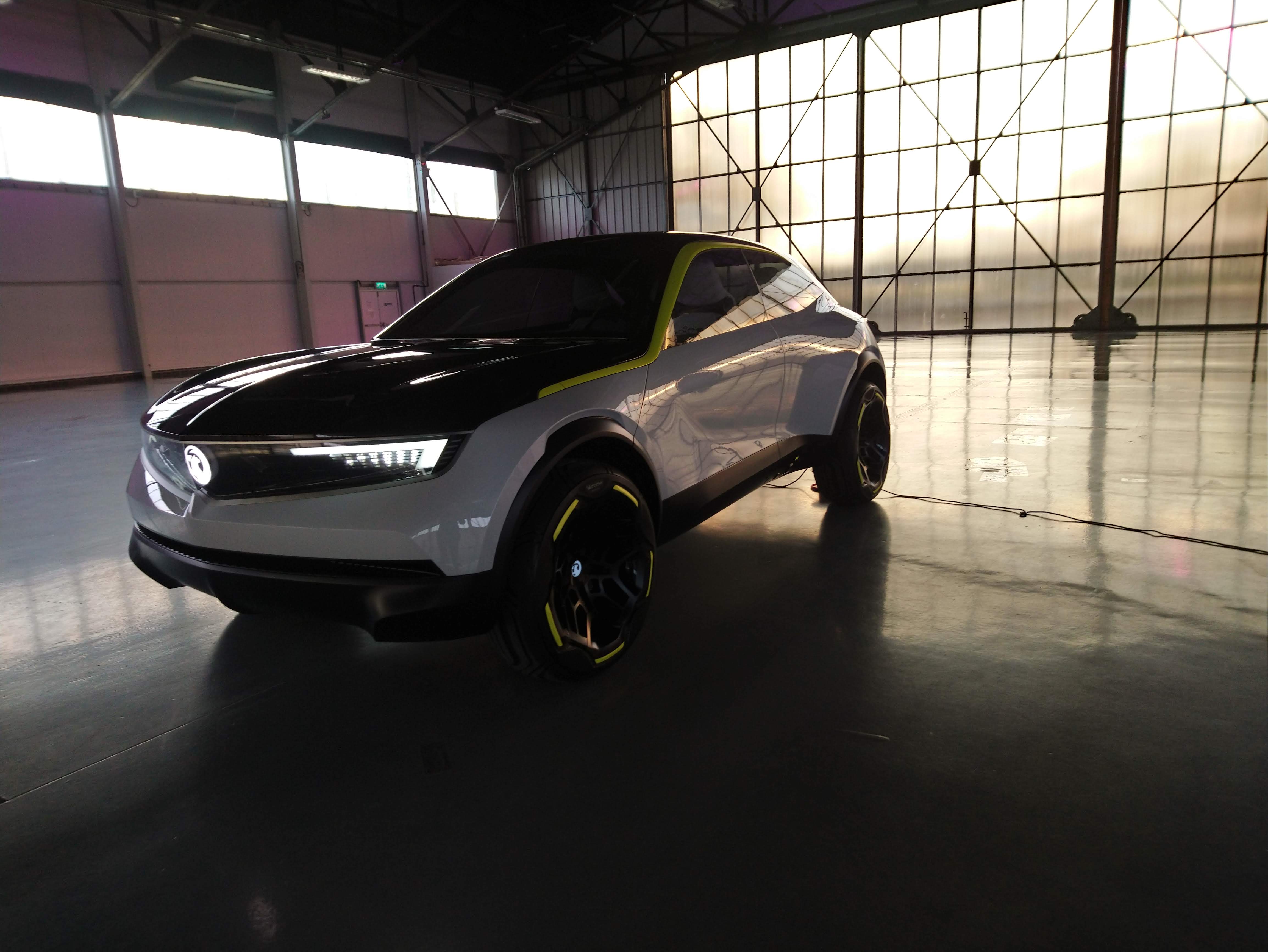 Like a cleaner and more futuristic Adam SUV, then – desirable but attainable?

You’ve just captured the spirit we wanted. Our brand has to be approachable. A concept like the GT from 2016 is all well and good – attractive, a flex of the design muscles. But it’s not seen as attainable by the majority. The GTX distils a lot of what makes the GT great, and more. It’s fundamentally closer to who we really are. The hardest cars in the world to design are small cars. Let’s take on the challenge of designing something in the small SUV space, so people can associate with it on a normal level. We didn’t want to create a car that was so far over the horizon that you go, “no, that’s nothing to do with today”.

Can you talk us through some of the design elements on the car?

The most important challenge was finding a new front end. We wanted to future-proof it as we move towards electrification and autonomous driving and step further away from internal combustion engines (ICE). Cars have always needed a grille. Modern cars need all kinds of sensors as we move forward. Today, they’re clumsily integrated. This is where the front ‘Vizor’ comes in, encasing it all in a clean glass panel like a phone in landscape mode.

This see-through panel spans to the ends of the lights on each side, with the glowing emblem positioned at the centre. Inside, the provisions for any and all sensors you can think of, for today and into the future, are there. None upset the design of the car, instead, being integrated into the Vizor. The technology is there, but it’s not in your face.

The ‘wing’ light signatures have been Vauxhall features since Insignia in 2009, together with the centre crease. The lines are fewer, less complicated, but exaggerate the form. We looked at contrasts, where soft lines end with hard cut-offs. It’s eye-catching without clutter. 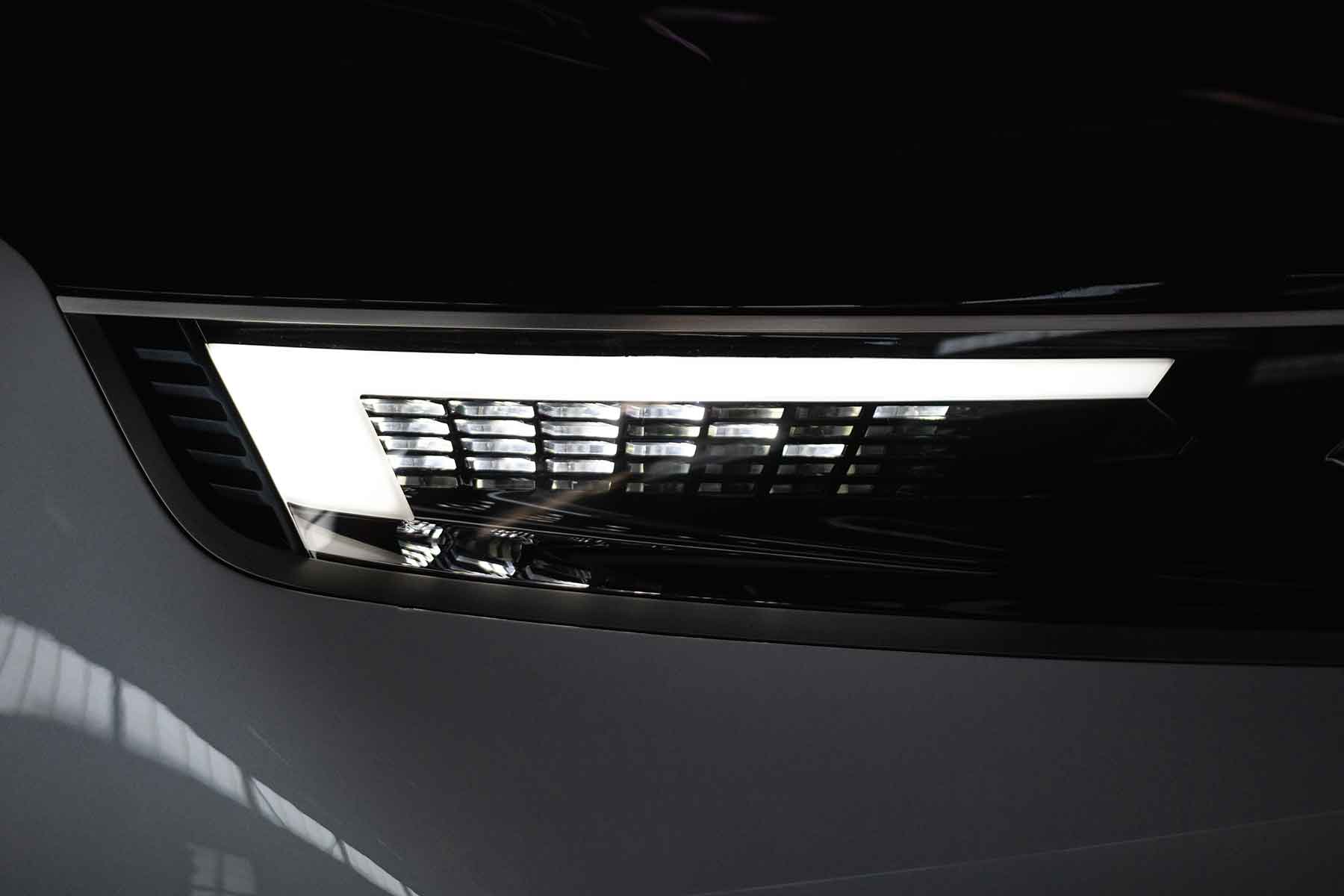 Tell us about the different sequences with the lights

The Matrix LED lights, together with the illuminated badge, can create different moods. They can light up bright white as you get closer, display a message or – in the case of the badge and the spine – light up green when in autonomous mode.

Talk us through the ‘digital detox’ on the inside

We won’t have tech for the sake of it. It has to serve a purpose. Inside, our Pure Panel, like the front of the car, is a very clean, uncluttered design. The graphics have been designed specifically to show exactly what the driver needs. An example here is the battery gauge. What information do you really need when it comes to fuel or power? No percentages, full or empty, just how far you’ve got left. So there it is, plain and simple. 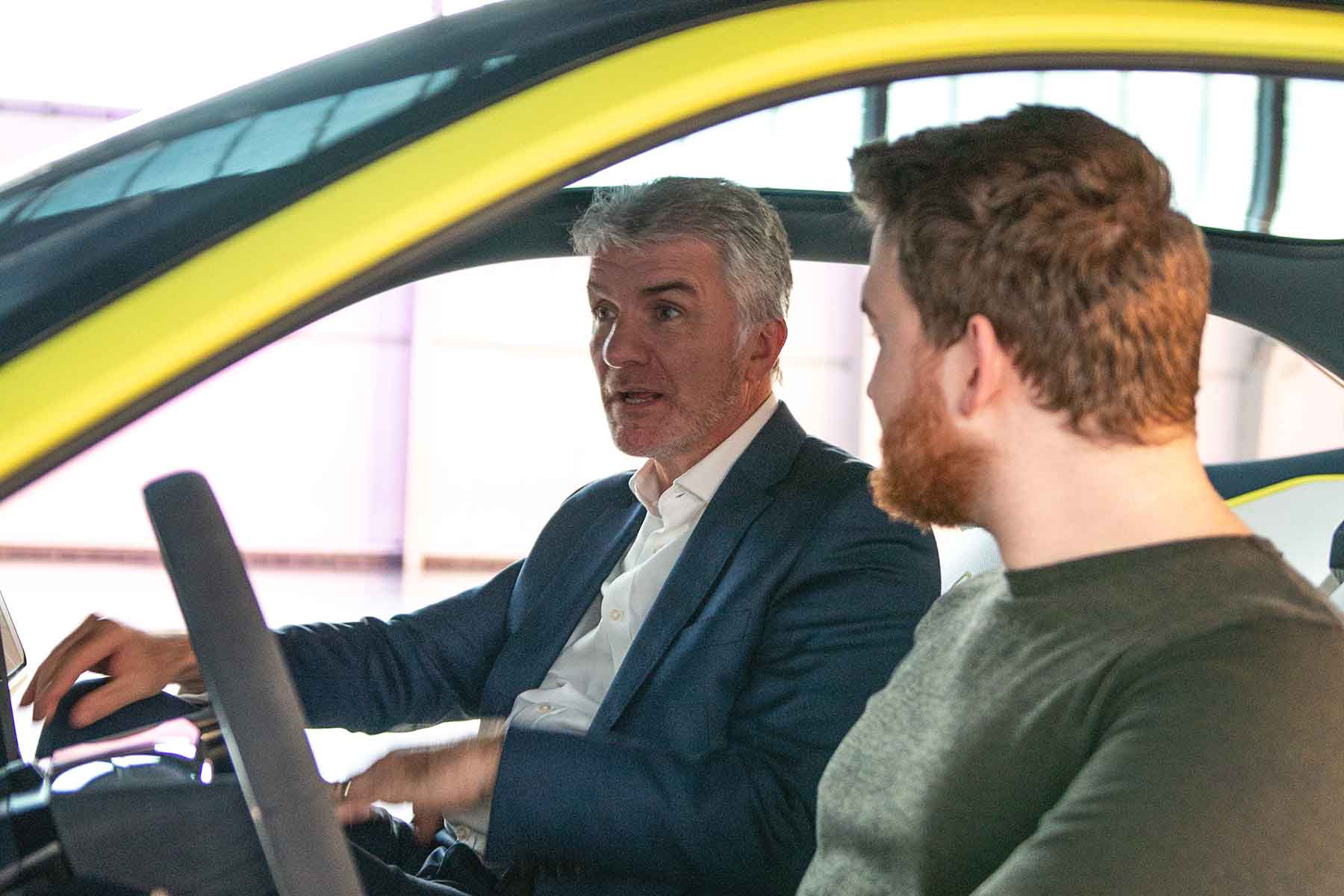 What are you most proud of about the design?

We’ve used this two-tone effect very interestingly, which came from the GT. It gives the car a unique character. There’s attitude, but it’s not aggressive. The other thing it does is create an interesting proportion. The car’s only just over four metres, the size of a Corsa, but the graphics make it feel broader, more sophisticated and grown-up.

The surfacing is very important as well. Soft areas, but with structure. That gives it a certain precision and quality. We only give hard accents where they’re really needed, like on the wheelarches and fenders.

That brings us on to those wheels. Show car meets crossover?

We had some interesting thoughts on the wheels. The temptation on show cars is to do massive wheels with rubber-band tyres. On a car like this, you want a decent amount of rubber, but big wheels look cool. This is interesting, it’s a 17-inch wheel, but looks much bigger. That’s what you want on a small SUV. 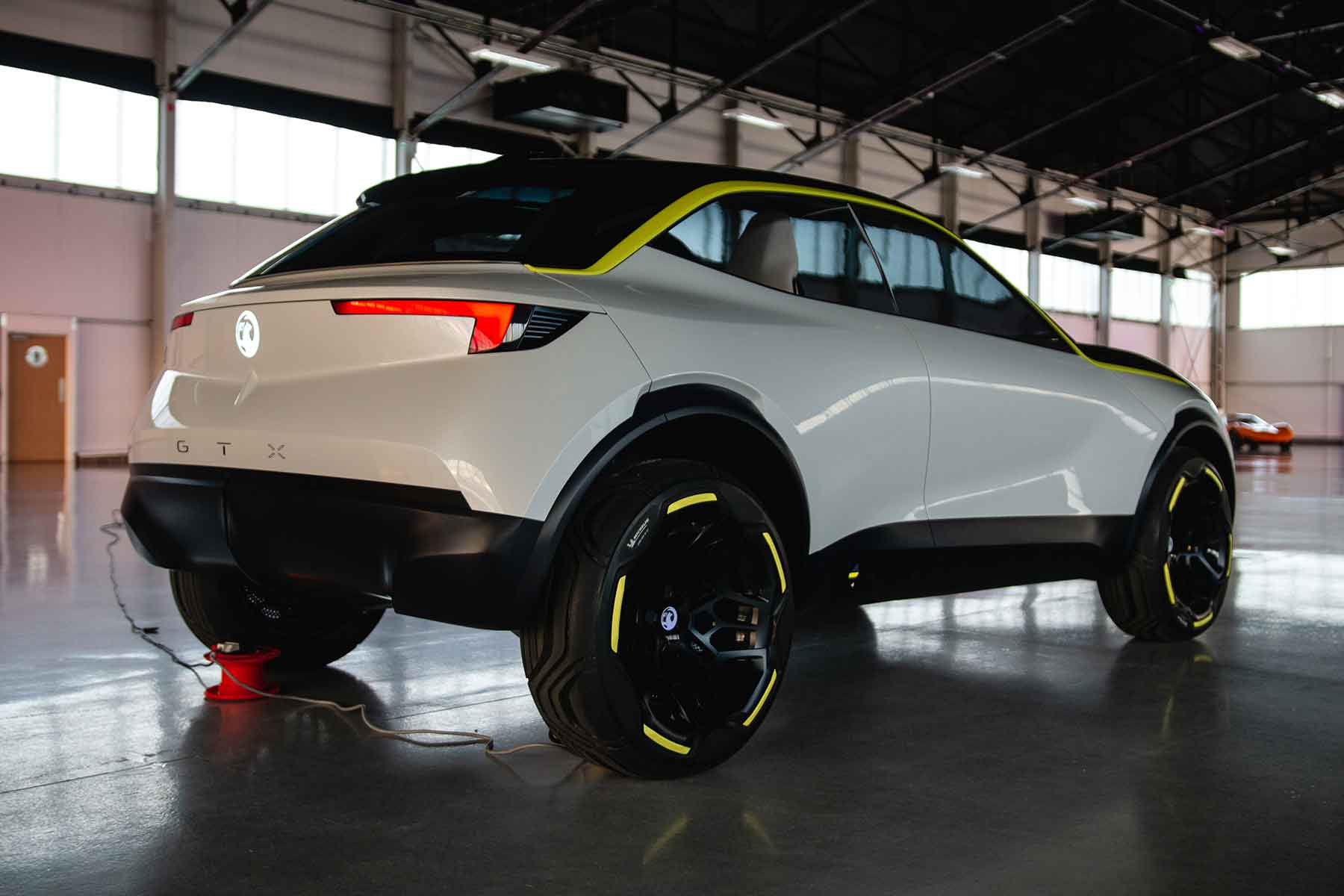 Will we be seeing all this on Vauxhalls of the future?

Absolutely. One of the things we did during the design stage was have everyone go away and design various models in our portfolio with the values and cues of the GTX front-and-centre. Only when looking back at each one did we think “you know what, this looks really good”. Each brought something new, took a different spin on the design, but looked great. We don’t want our cars to be Russian dolls, though. We want that personality bandwidth, but with identity.

So the GTX is effectively a taster-menu, rather than a preview of a specific model?

That’s a really great way to describe it. It could be its own model, but the purpose is to preview a lot of what we’re going to see in the next few years, whether on a small car, a big car or an SUV. The Vizor you’ll see, the Pure Panel, lots of other specific details will come across on all of our cars. It won’t be immediate, but it’s where we want to go. 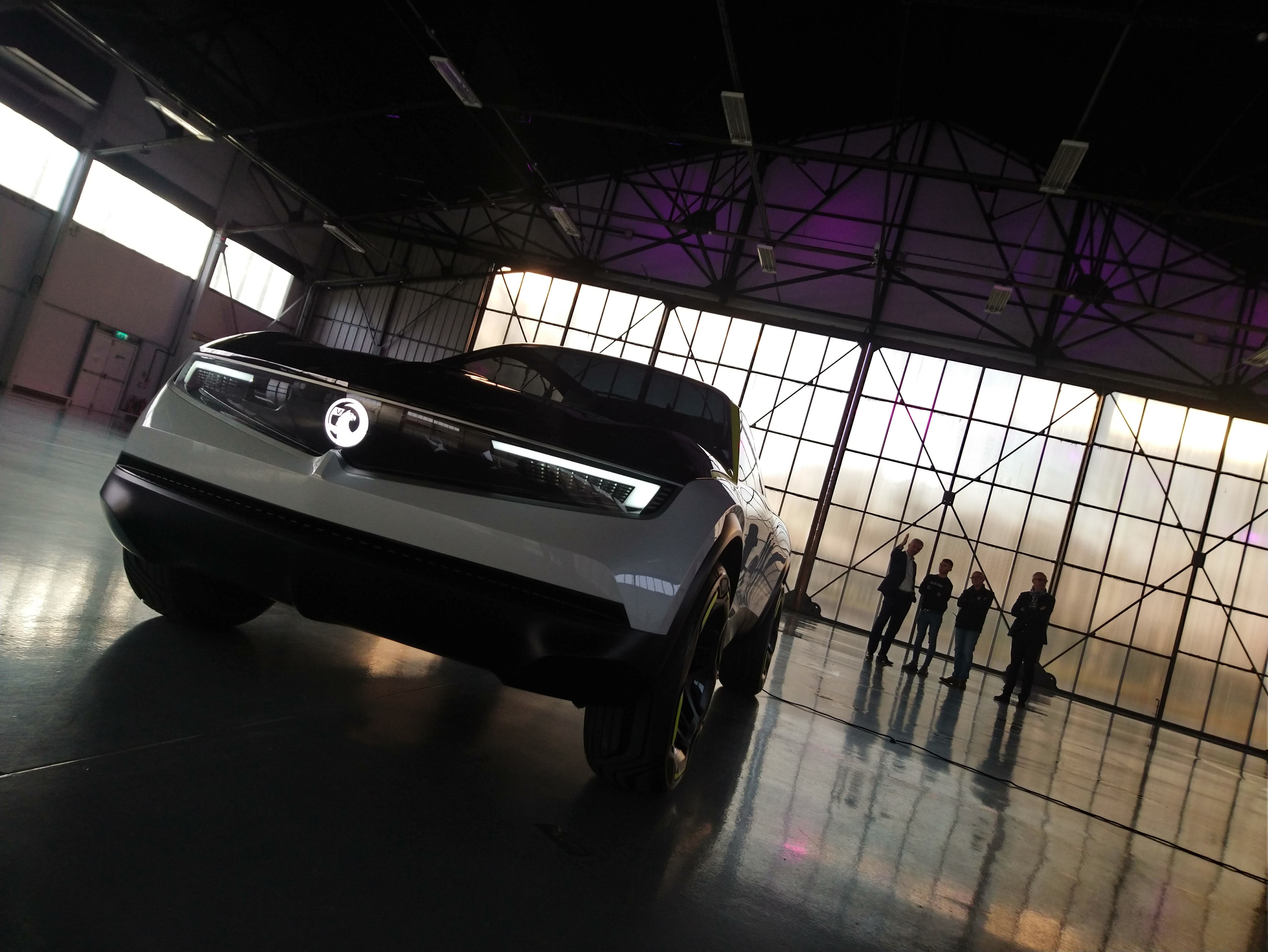 Will the new Corsa be the real-world start?

Elements will be coming through on the new Corsa, and will come on stronger with models thereafter. From the very beginning when designing the GTX, we wanted it to be electric. We’re looking to the future in every respect and we didn’t want to be dictated design-wise by having an engine in one place, fuel tank in another, and so on. We want to keep ingenious and progressive, and electric is where the market is going. The Corsa will be the start of that.

The Corsa should also be unique in its segment with the electric offering at this price-point, and that’s really exciting. We’re all happy to say this car gives a feel for the elements and personality we want to see on our future products. We’re working hard on production cars to come, to make sure we don’t lose the magic and the spirit of the GTX.