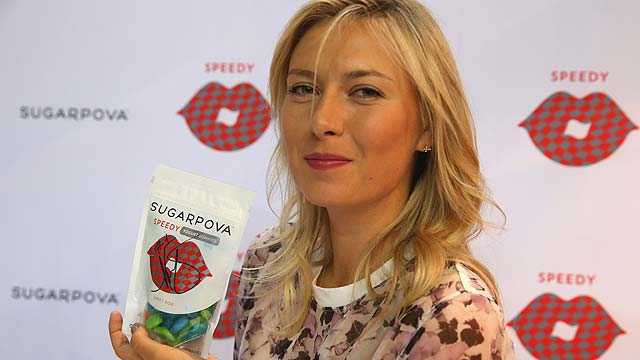 Porsche global ambassador Maria Sharapova has launched a new range of posh sweets – shaped in the profile of the Porsche 911.

Described as a ‘yoghurt gummy’ range of premium candy, the 911 sweet line-up is branded ‘Speedy’.

“The 911 is my favourite Porsche because its shape is so perfect,” said Sharapova, founder and creative director of the Sugarpova range of sweets. Winning a 911 Carrera S Cabriolet as part of the prize package from winning the 2012 Porsche Tennis Grand Prize in Stuttgart perhaps helped fire her enthusiasm for arguably the world’s most famous sports car.

This 911 is described as her first, so Sharapova must have others: the 27 year old clearly knows her sports cars.

The Sugarpova Speedy 911 sweet will be launched soon in posh stores around the world, including Selfridges in London. It can also be bought online through suparpova.com – with part of the proceeds going to the Maria Sharapova Foundation.