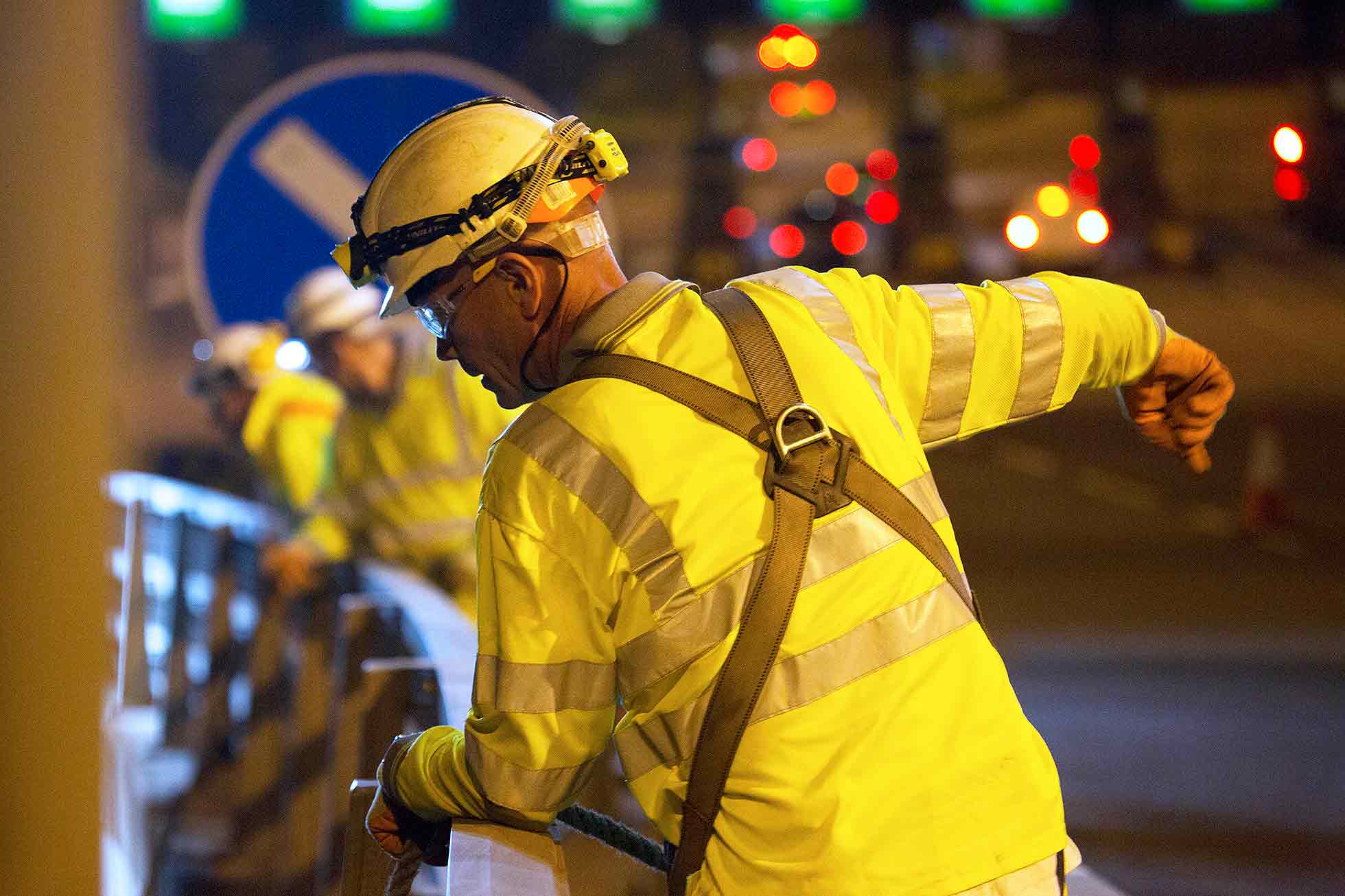 M25 motorway maintenance, incident and emergency workers are set to carry out a series of one-day walkouts beginning on Monday 16 February over a dispute about wages.

Workers voted 97 per cent in favour of taking one day of strike action every week until their wage demands are met.

The same majority also voted in favour of a work to rule, which the Unite union says could lead to delays in clearing accidents, gritting and repairing the 117-mile motorway.

The union is seeking to win a “fair wage” and says that the average wage across the workforce is £25,000: they haven’t had a pay rise in four years.

The employer is Connect Plus Services, made up of three contractors – Balfour Beatty, Atkins and Egis. Unite says all employ workers on a variety of contracts and pay terms, and some have no entitlement of sick pay for the first three days of illness.

Employers are being asked to meet demands for a £30,000 basic wage, day one sick pay and full recognition of the union.

“This is a lucrative 25 year contract to maintain the M25 which will make Connect Plus Services £7 million in operating surplus each year,” said Unite officer for the construction sector Malcolm Bonnett.

“There is plenty of room in it for the company to pocket healthy profits while paying decent wages and harmonising the workers’ terms.”

The first strike for the 170 workers maintaining the M25 motorway, which carries 200,000 vehicles a day, is scheduled to commence at 00.01 hours on Monday 16 February.