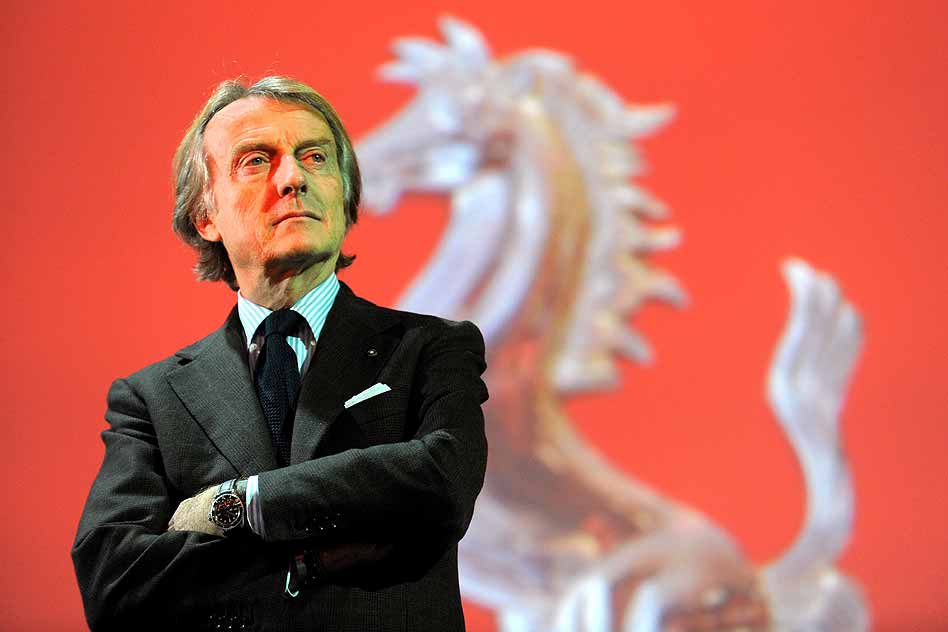 Ferrari Chairman Luca di Montezemolo has confirmed he is leaving his position after 23 years on October 13th, with FCA Group chief Sergio Marchionne taking over as Ferrari leader.

di Montezemolo, 67, has been a key player with Ferrari for decades, spearheading its famous success in the 1970s alongside Ferrari founder Enzo Ferrari.

Many argue it was di Montezemolo’s professional leadership in the 70s that helped make Ferrari the force it is today. He helped turn the race team and company into a businesslike, structured firm that has gone on to become one of the world’s strongest brands.

In a statement, di Montezemolo said he is leaving the Chairmanship following the creation of parent company FCA Group and its upcoming flotation on the New York Stock Exchange. “This will open up a new and different phase which I feel should be spearheaded by the CEO of the Group.

“This is the end of an era so I have decided to leave my position as Chairman.

“Ferrari is the most wonderful company in the world. It has been a great privilege and honour to have been its leader. I devoted all of my enthusiasm and commitment to it over the years. Together with my family, it was, and continues to be, the most important thing in my life.

“I wish the shareholders, particularly Piero Ferrari who has always been by my side, and everyone in the Company the many more years of success that Ferrari deserves.”