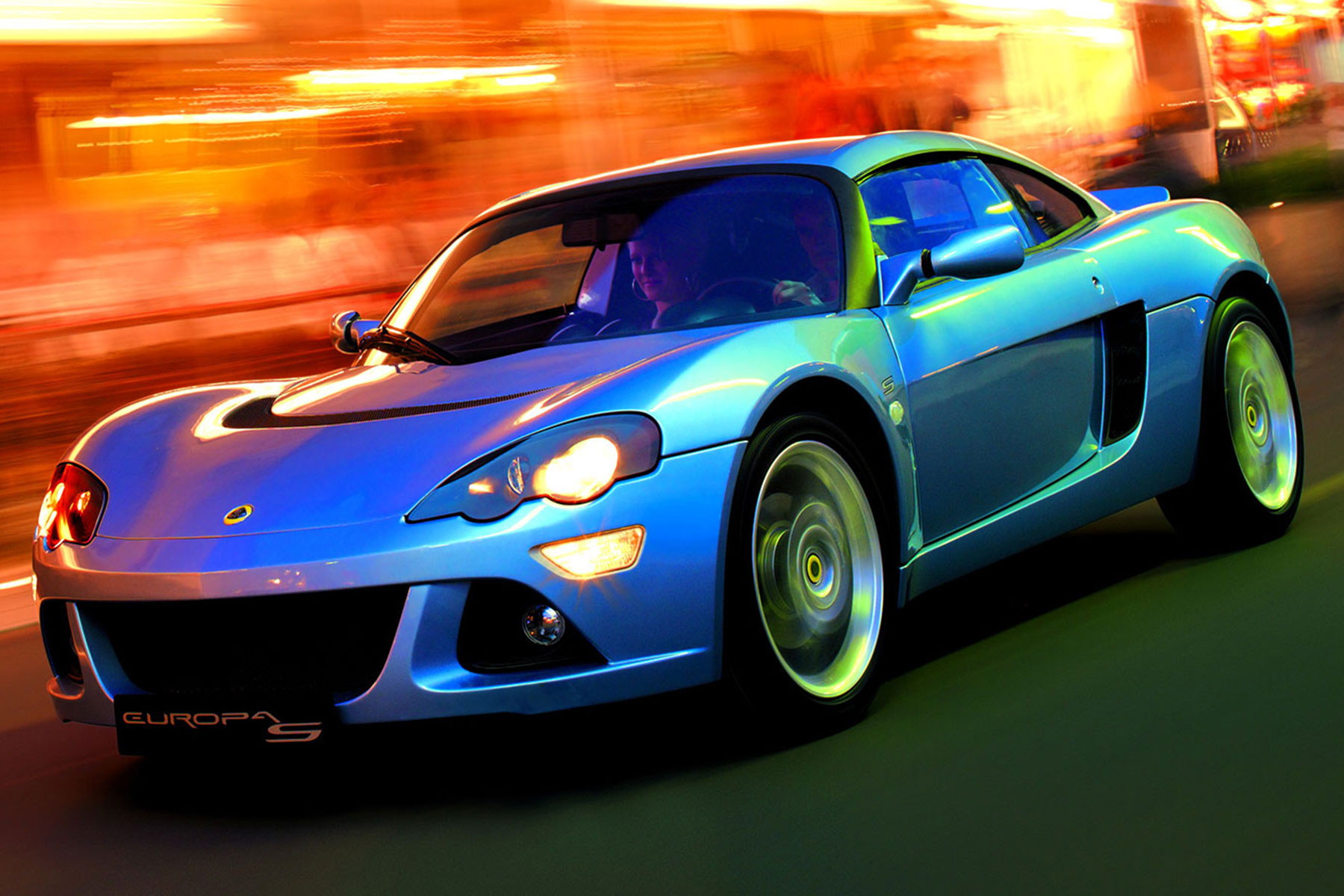 When a car company starts using famous names from its past on mildly reheated models, it’s a sure sign that ideas, and money, are in short supply.

Aston Martin’s short-lived Virage, catalogued for one year between 2011 and 2012 is one, this DB9 a pointless shadow of the original, which at least had a mission (keeping Aston alive) despite its many flaws.

Few will remember it, and those that do will wish they hadn’t, but the miserable excuse for a company car that was the Talbot Solara was issued in limited edition form (phew) as both a Minx and a Rapier. The first of these stick-on names – literally – once belonged to a dull but long-lived and successful series of family cars, the other two a series of lightly sporty coupes.

And then there’s the Lotus Europa. The original was an extraordinary low-roofed, mid-engine coupe that stood out, in a close-to-the-road kind of way, for its flat-deck of an engine lid and the shapely wall of glassfibre that framed it. That certainly made the Europa hard to reverse, but helped it scythe a low-turbulence passage through the air. A clean shape and low weight were everything for this car, which was a fine example of Lotus founder Colin Chapman’s mission to ‘simplify and add lightness.’

Unmissable results of this mantra included fixed door windows, your cool supposedly kept by big air-vents and an enthusiastic fan, curse-inducing luggage arrangements and the need to fold yourself like a collapsible bike to get in it. But the result was a kerbweight of 614kg and handling reckoned to be the closest thing to an open-wheeled race-car that you could drive on the road.

Originally powered by a lightly tuned Renault 16 engine, the Europa eventually gained Lotus’s potent twin cam motor which turned it from a brisk car into a quick one. Lotus also cut back the walls surrounding its engine lid, to create what looked like the world’s lowest (and most useless) pick-up truck.

Though never quite the favourite that the 1962 Elan became – it was too extreme, and unavailable as a convertible – the Europa was nevertheless a landmark Lotus, not least because it was one of the very first mid-engine road cars (only the Lamborghini Miura and Matra Djet got there before) and because of its arresting shape.

The 2006 Europa S, on the other hand, was no landmark at all. It looked the mutation of the Elise that it was – and by that time there had been plenty, including the close-roofed Exige – and rather than being an attempt to transfer the sensations of a track car to the road, it was supposed to be a more luxurious grand tourer.

Few were fooled. The Europa was just as difficult to get in, it wasn’t a whole lot less noisy than an Elise (and that meant rush-hour noisy), you still couldn’t carry much despite its hatchback and the Europa’s dashboard was pretty much identical to the cost-controlled Vauxhall’s Speedster’s, whose General Motors 2.0-litre turbo motor it shared.

But there were plusses, of course. The GM motor pumped more torque at lower revs than the Elise’s rev-heavy Toyota engine, this and the fixed roof usefully lowering the decibel count, even if there was no need for Lexus to panic. Being small and constructed from lightweight materials meant that it was quick, its 203hp yielding a 5.6 second 0-60mph time. And while the Europa’s Elise roots were hard to miss, there was no denying that it did look a little different, Lotus having clothed it with entirely new fibreglass mouldings.

The Europa also delivered crisp handling and exquisite steering, just like a good Lotus should. It wasn’t quite as sharp as the lighter Elise, the understeer demon appearing much earlier, but against its softer rivals – the Audi TT, for instance – it was a properly thrilling driver’s car. 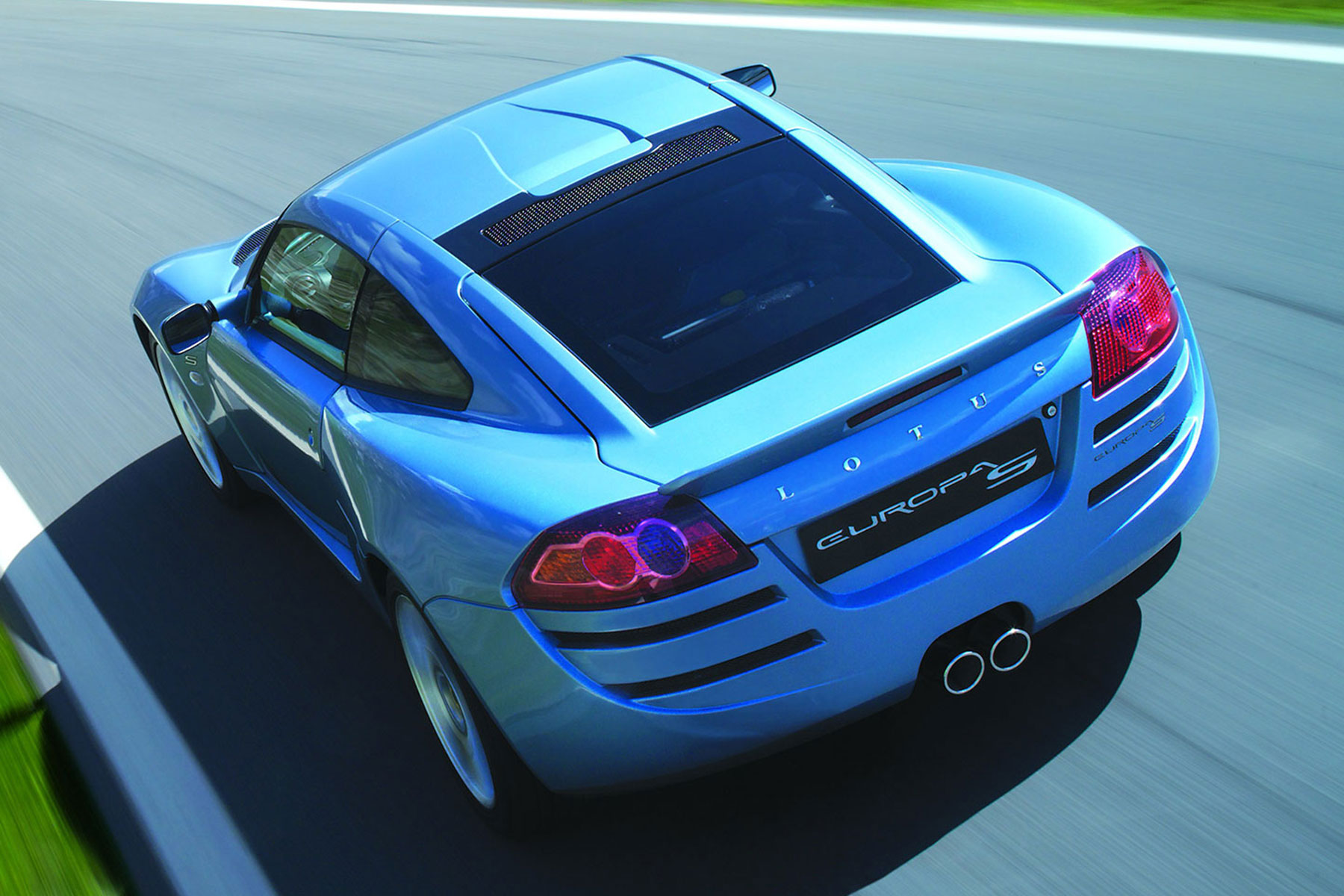 But as a machine to carry you from Aberdeen to Brighton it was a masochistic choice, especially as the thin seats felt ever thinner as the miles roared by. Still, there was relief to be had at petrol stations, which you’d need to be visiting often to replenish the undersized 43.5 litre fuel tank.

It didn’t take Lotus long to realise that the Europa fell short, its bosses enlisting senior engineer Roger Becker to lead a much-needed going over. Becker added a din-dampening NVH pack, recalibrated the chassis to banish the understeer, fitted wider tyres, boosted the power output to 225hp and upgraded the brakes to create the Europa SE. There was also an all-leather interior that vastly enhanced the cabin’s allure and an improved sound system that you had a real chance of properly hearing although the lesser entry-level Europa did without these things.

Becker couldn’t do much about the ludicrously small fuel tank, the Europa’s already heavy thirst deepened by the power boost, and his fatter rubber amplified road noise. So this Lotus still wasn’t especially comfortable, but it was undeniably fun and its cabin at least looked more sumptuous in SE trim.

As always with cars whose development is finished after the launch, the 21st century Europa never got much of a tyre-hold in the market, especially as the budget to promote it was small. All of which confined it to playing a small role in Lotus history, and more importantly, in its showrooms.

Only 458 were sold in four years, vastly less than achieved with the more imaginative original. And it would soon be rendered irrelevant by the new Evora, a car that had actually been designed the roof down as a GT. And it’s tempting to wonder whether the troubled Evora wouldn’t have been a better car at birth had Lotus’s engineers not been distracted by the Europa.