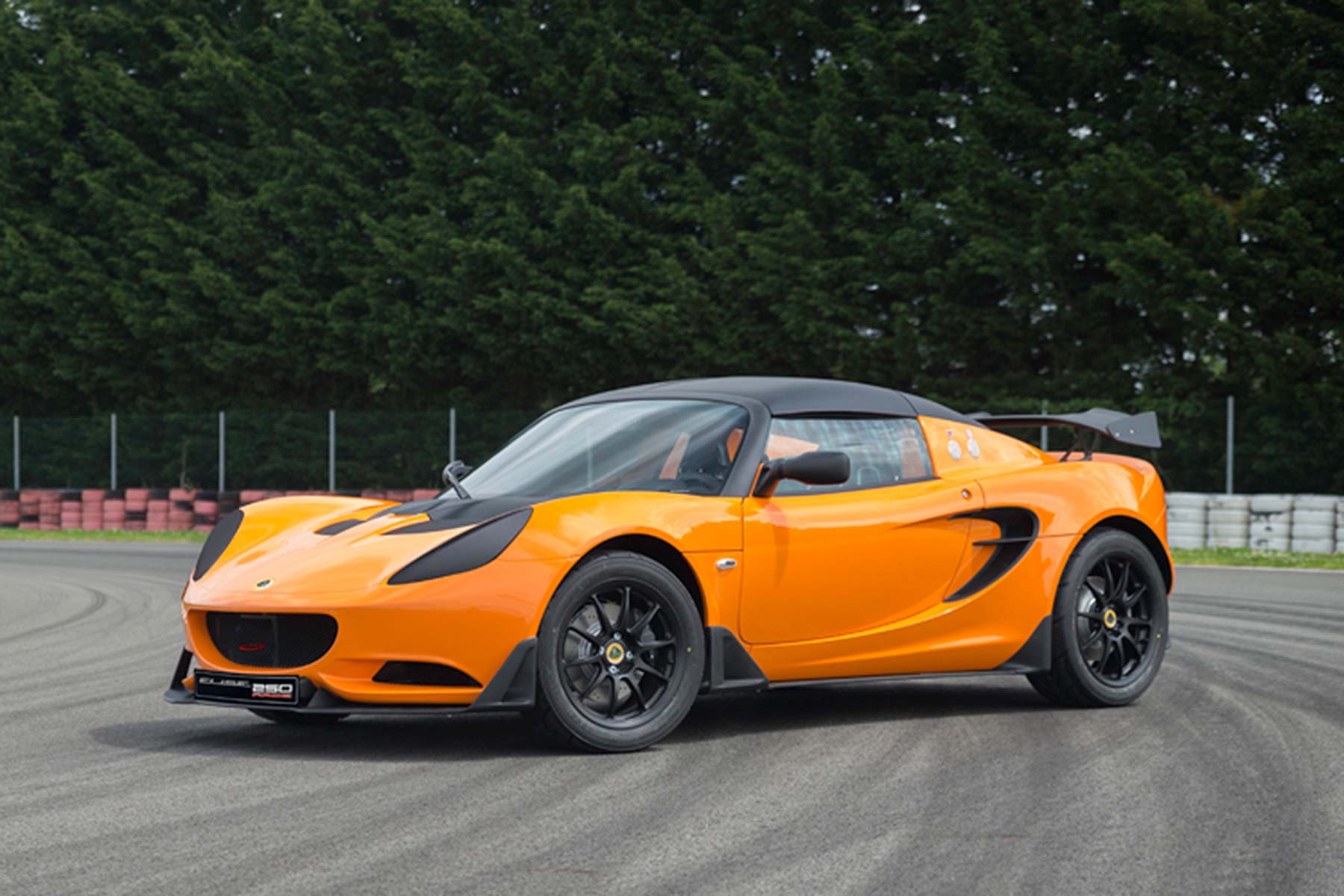 There are Elise Cup race series running all over the world and, since we now have a fancy new Cup 250 road-going version of the Elise, Lotus has taken the same performance upgrades and twisted them into the track-going Elise. Creating, says boss Jean-Marc Gales, “the most focused Elise we’ve ever produced”.

Lotus says it’s enough to deliver a Hethel lap time of 1 minute 33.5 seconds, half a second faster than the Cup 220 R, making it the fastest race-spec Elise ever.

This is another new Lotus that has bene into Gales’ ‘Lightweight Laboratory’. A lithium ion battery cuts 10kg, carbon fibre race seats chop 6kg and the forged alloy wheels are “ultra-lightweight” to give an additional unspecified weight saving. You can go further if you can afford to: the carbon aero pack replaces the regular front splitter, rear wing, rear diffuser and side floor extensions with carbon fibre ones, saving 10kg and perhaps making you race that bit more carefully through fear of shattering them. 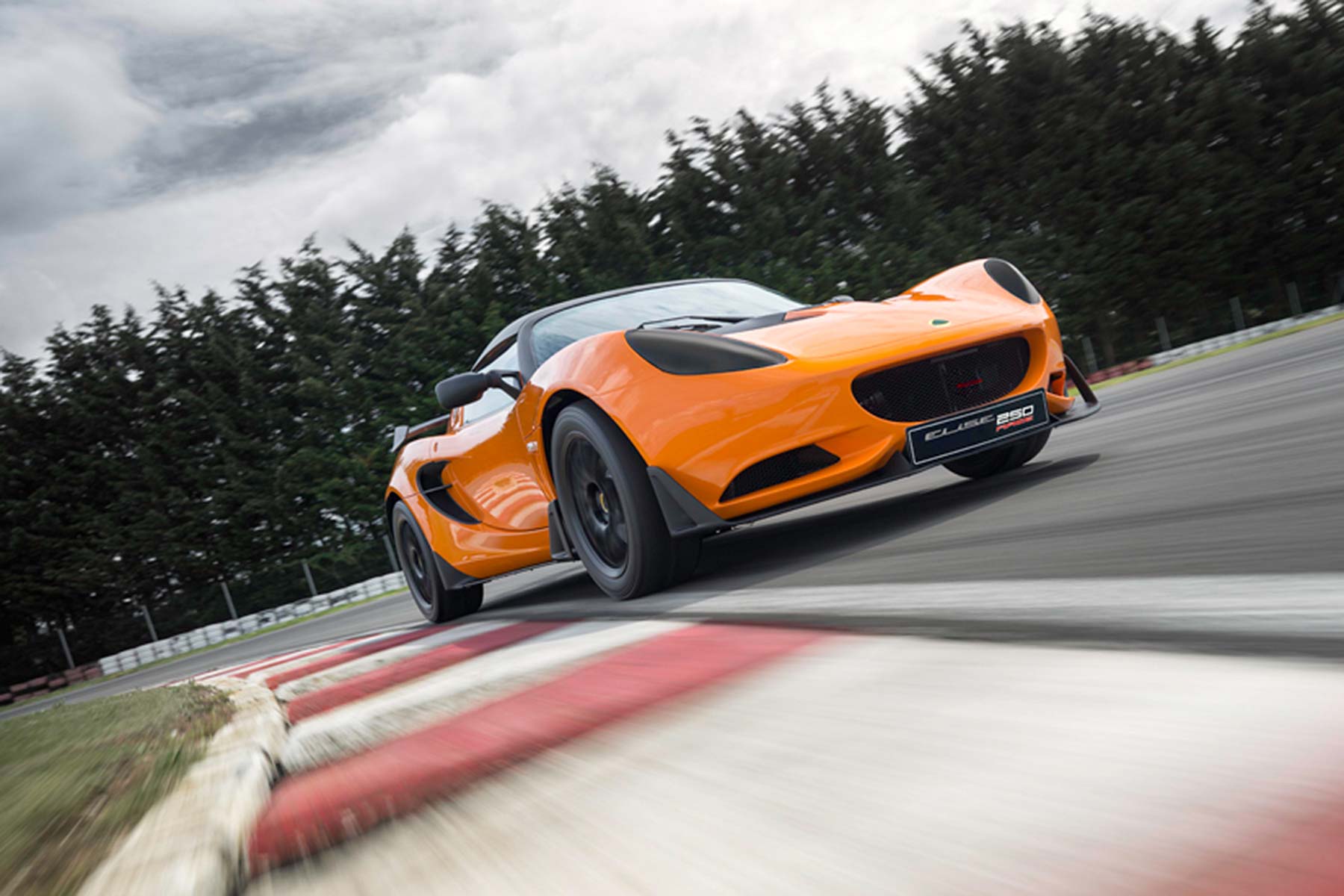 What else does a race-spec Elise get? Nitron adjustable dampers, Eibach coaxial coil springs and an adjustable front anti-roll bar. There are AP Racing two-pot front calipers and Brembo single-pot rear calipers, Lotus-developed ABS and Yokohama AO48 tyres; 195/50 R16 on the front, 225/45 R17 at the rear.

The steering wheel is removable, the rear windscreen is polycarbonate and the carbon fibre race seat is FIA-approved and fitted with a six-point harness. You also get an A-frame harness bar, FIA-spec front rollcage, fire extinguisher, battery isolator, and composite blanking plates instead of headlights. If you run out of talent, Lotus has also fitted front and rear towing eyes. 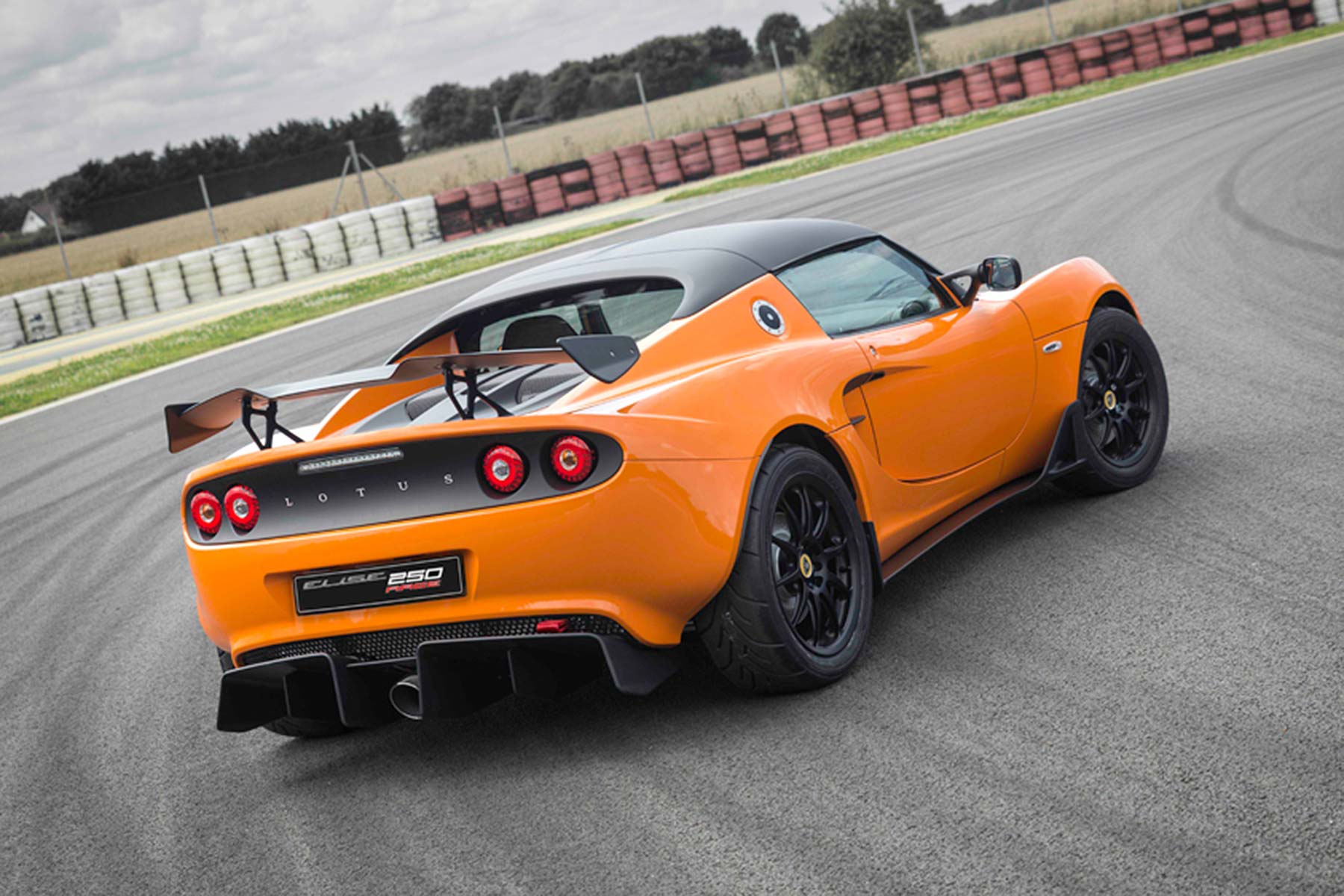 The latest racing car from the company that won seven World Constructors’ Championships and six World Drivers’ Championships costs £53,500 including VAT: if you’re racing in the USA, it’s $76,200 sans local taxes. A road-going Cup 250 Is £45,600. Nobody has ever said racing is cheap.