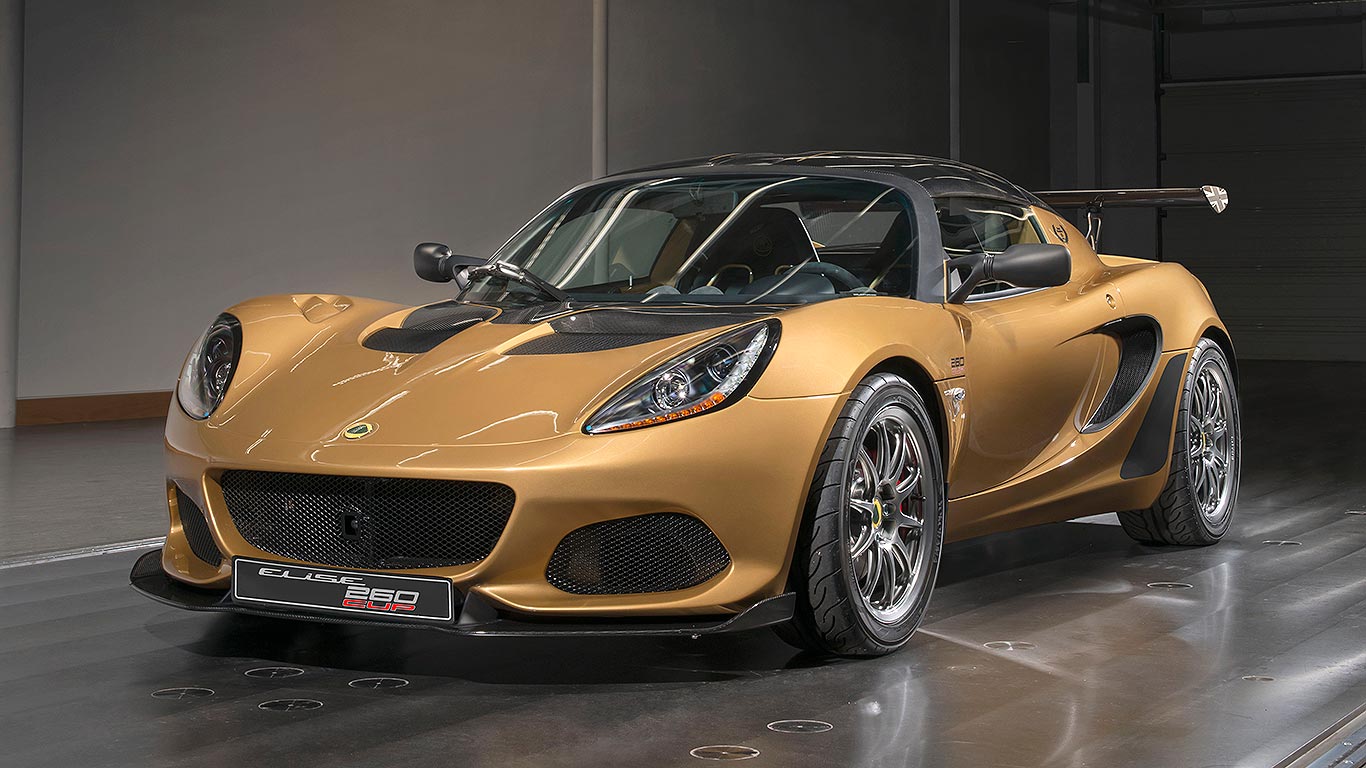 The new Lotus Elise Cup 260 is being described by the firm as ‘the ultimate Elise’ and the special model is now on sale in an ultra-limited 30-car production run – each costing £59,500.

The race-derived model has been created as a warm-up for Lotus’ 70th anniversary celebrations next year. This is why it’s offered in an exclusive colour called Championship Gold; the special Elise also carries a laurel wreath on the left rear panel and special union Jack decals for the rear wing end plates.

It’s a car that’s been endorsed by Lotus founder Colin Chapman’s son, Clive Chapman. “Each and every one of the sports cars produced by Group Lotus today carries the true spirit of Lotus, laid down by my father nearly 70 years ago. 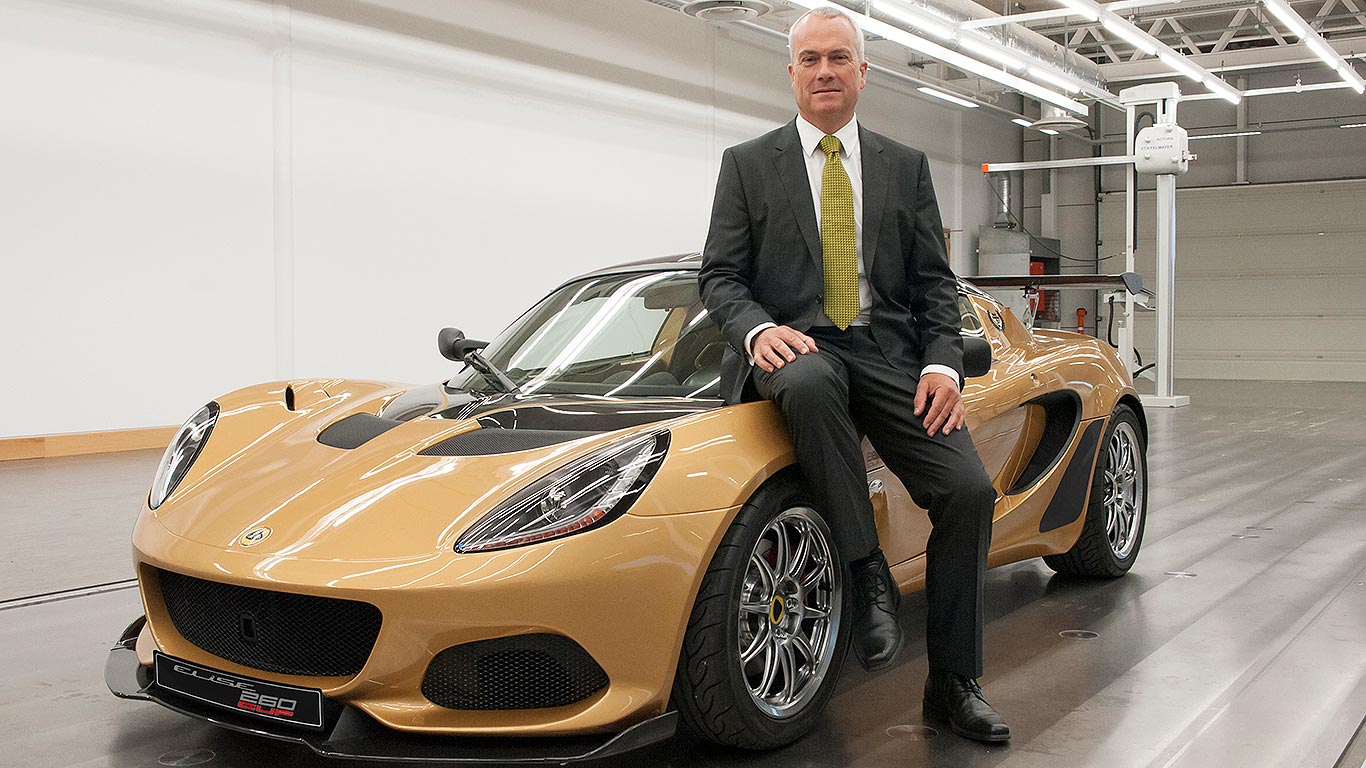 “I am extremely proud that his legacy and achievements are being acknowledged and celebrated by this iconic version of the Elise.”

“As we near the 70th anniversary of the inception of Colin Chapman’s engineering legacy,” added Group Lotus CEO Jean-Marc Gales, “it’s only right that we build the very best cars as special editions, and the Elise Cup 260 is certainly worthy of that accolade.

“Our special editions have always proved extremely popular with our customers around the world, and we know they value the extensive development work that goes into each one. With just 30 examples to be built, there’s no doubt that the Elise Cup 260 is a future classic.”

The Elise Cup 260 is both the lightest Elise Cup ever, and also the one delivering the most aerodynamic downforce – a hefty 180kg at its 151mph top speed, 44 percent up on its Elise Cup 250 predecessor. Lotus has also fitted almost every Elise Cup option as standard, from Nitron dampers, to carbon body panels, to two-piece brake discs. This is why the list price has swelled to almost £60,000.

Despite the extensive aero overhaul, it’s lighter than the old Cup 250, by a useful 15kg; the kerbweight is down to 902kg and the lightest possible dry weight is just 862kg. This is how it is able to accelerate from 0-62mph in 4.2 seconds, despite the supercharged 1.8-litre engine also delivering 37.7mpg and 175g/km CO2. 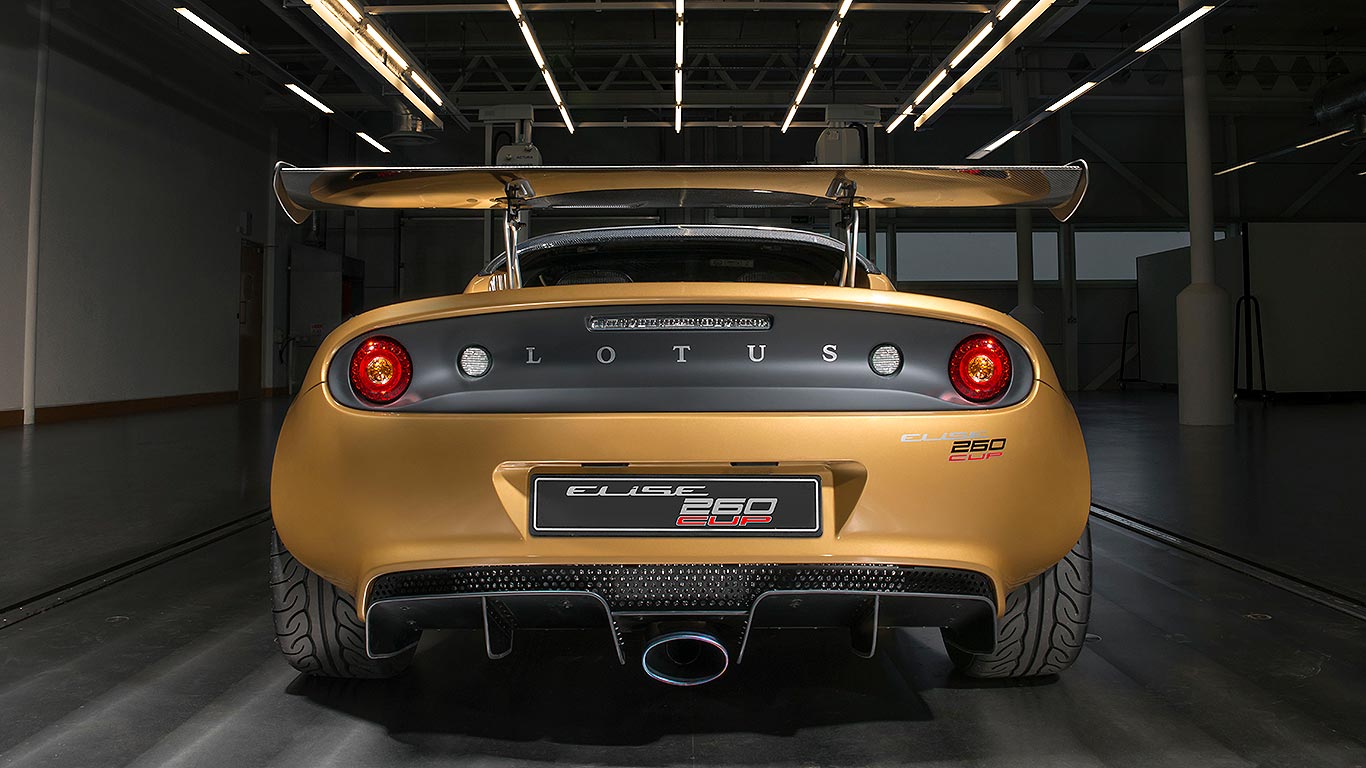 It’s the new fastest Elise around Lotus’ Hethel test track; the weight-saving drive and other improvements (not least a new and 10mm wider set of Yokohama Advan Neova AD08R tyres) have seen it set a lap time for 1 minute 32 seconds – that’s 2.5 seconds quicker than the old Lotus Elise Cup 250.

“The new Elise Cup 260 goes beyond what many believed possible from our smallest car,” said Gales. “It is directly developed from the Elise race cars that are competing in series around the world, giving the ultimate Elise experience on the road.”

And if you love the Lotus Elise Cup 260 but find its near-£60k price tag a bit prohibitive, help is at hand. From November 2017, Lotus is to offer Championship Gold across its entire model range, again in preparation for a year of 70th anniversary celebrations in 2018.