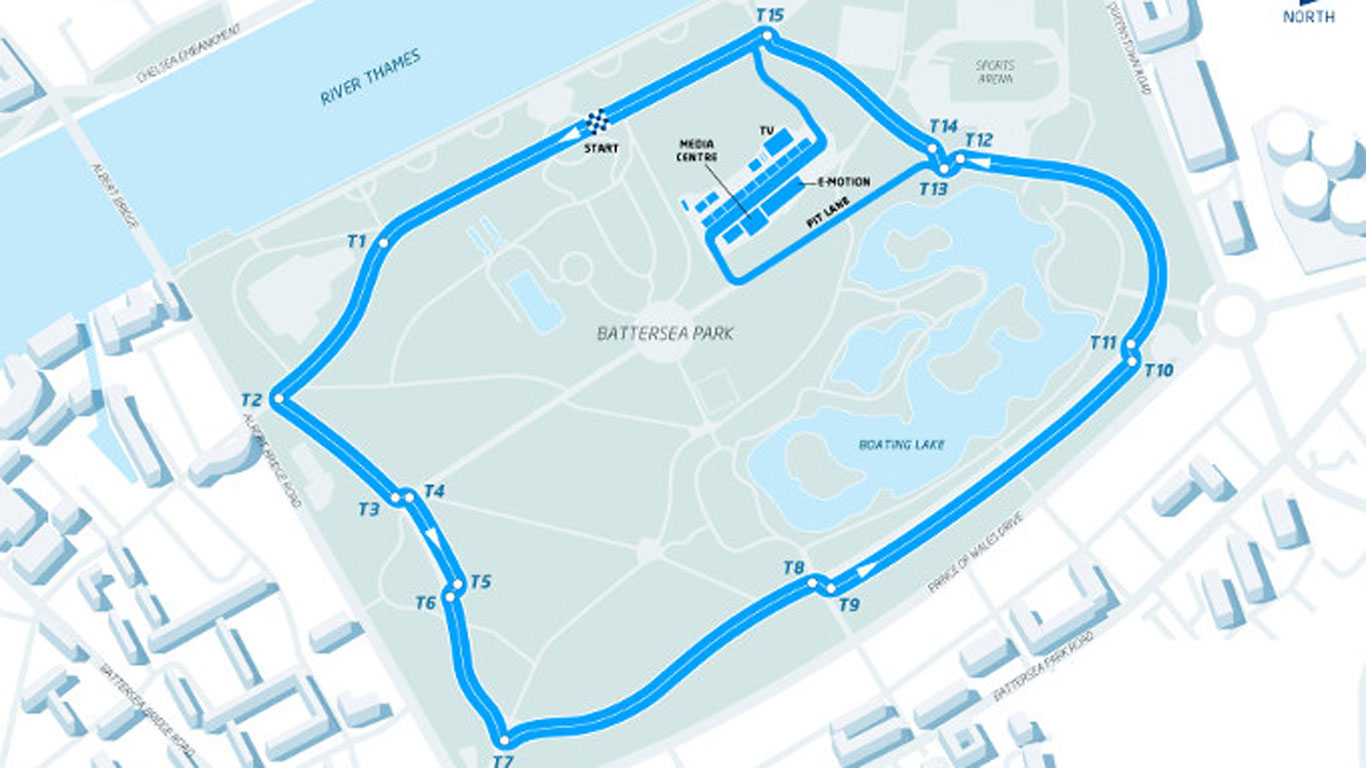 It will be held as a unique two-day double-header event over the weekend of 27 – 28 June, following support from London mayor Boris Johnson.

Johnson said: “Formula E is set to be a superb addition to London’s sporting calendar. The atmosphere will quite literally be electric and Battersea, which is already booming with the buzz of regeneration, will be alive with the excitement that this new, world-class event will no doubt spark.”

The council has given permission for the 1.8 mile perimeter road of Battersea Park to be used as a Formula E race circuit, while chicanes will be created on a resurfaced car park and boules court.

British Virgin Racing driver, Sam Bird, said: “The track is in the beautiful Battersea Park, right next to the River Thames, just across from Chelsea and with some of the most famous features of London’s skyline in the background. The layout itself seems to combine fast straights, a couple of high-speed bends, as well as some challenging chicanes and braking zones.

“I think the London ePrix spectators will be treated to some close, fast racing with plenty of action and overtaking. The organisers have done a good job with this layout and I can’t wait to race there, in front of my home crowd!”

It had previously been rumoured that officials were considering the ExCel exhibition centre as a venue for the race, if permission couldn’t be granted for Battersea Park.

Before the local council could give the race the go ahead, local residents had to be consulted and any objections dealt with. We doubt noise pollution was a big concern.