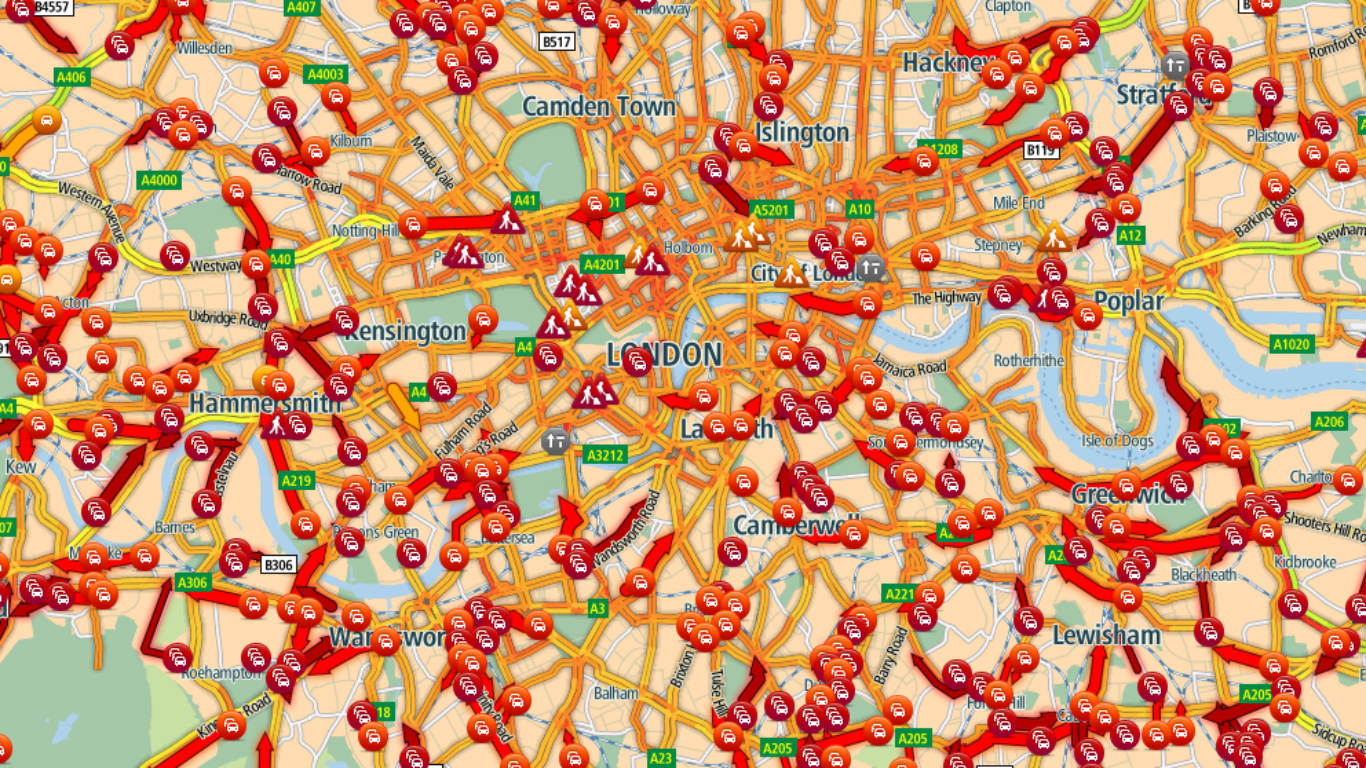 Today’s strike action by London bus drivers has prompted delays of up to 80 minutes in the capital, according to sat nav experts TomTom.

The company recorded 2,510 congestion hotspots – making for a whopping 1,511 miles of tailbacks at 8.45am this morning.

That’s over 1,000 miles more than the average 440 miles of jams on a Thursday morning, and even worse than the previous strike.

Commuters on the A124 between Barking and Dagenham were the worst hit by congestion, facing four miles of traffic at a standstill.

Elsewhere in the country, TomTom’s Traffic data revealed jams of 10 miles on the M6 southbound between J18 and J16 following an accident in roadworks.