Yes, you really can live the Lotto dream on a tight budget. From BMWs to Jags, we’ve got it covered 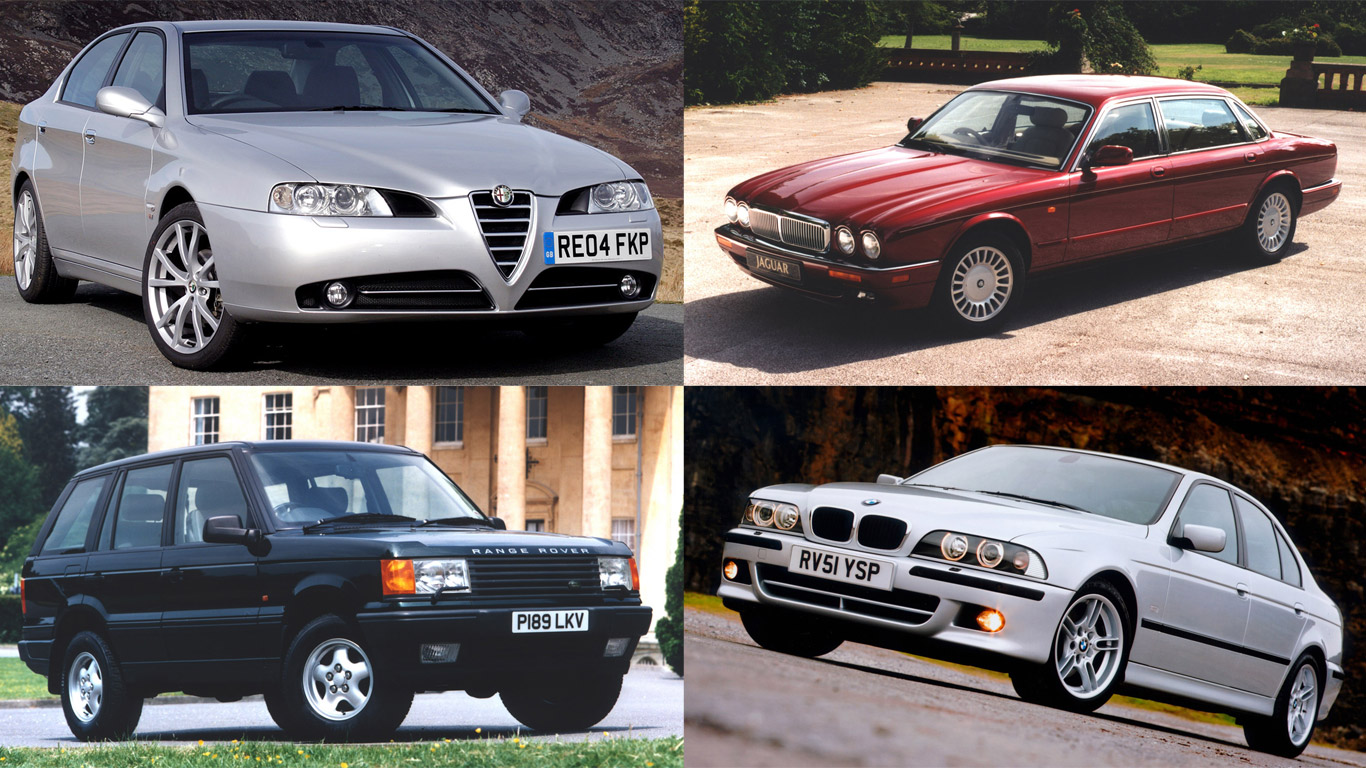 No, you don’t need a lottery win to be able to afford an expensive-looking luxury car that’ll set the neighbours’ tongues wagging. Costly fuel bills, potentially ruinous maintenance costs and cheap finance rates on new cars mean you can pick up some corkers in the classifieds for as little as £2,000. Just don’t expect to run them on a shoestring… 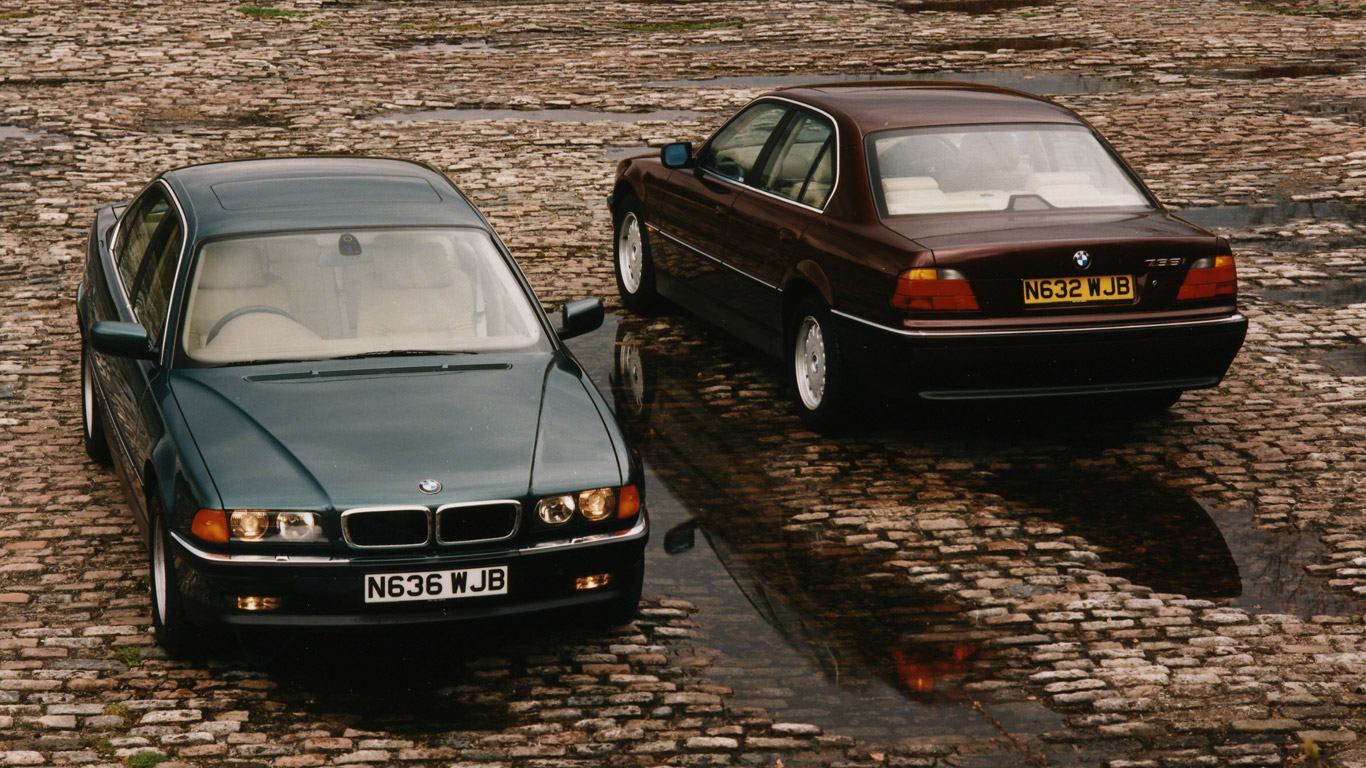 ‘Bangernomics’ guru James Ruppert ran one of these for more than four years before it eventually succumbed to the great scrapyard in the sky. The BMW 7 Series looks particularly good in ‘E38’ flavour, pictured here.

The entry-level 728i is most readily available for our £2,000 budget. It suits the relaxed driving experience of the 7 Series – you don’t buy one of these to dart around in. They’re pretty robust, so reliability shouldn’t be a huge concern – but check all electrics and make sure the cooling system works as it’s meant to. 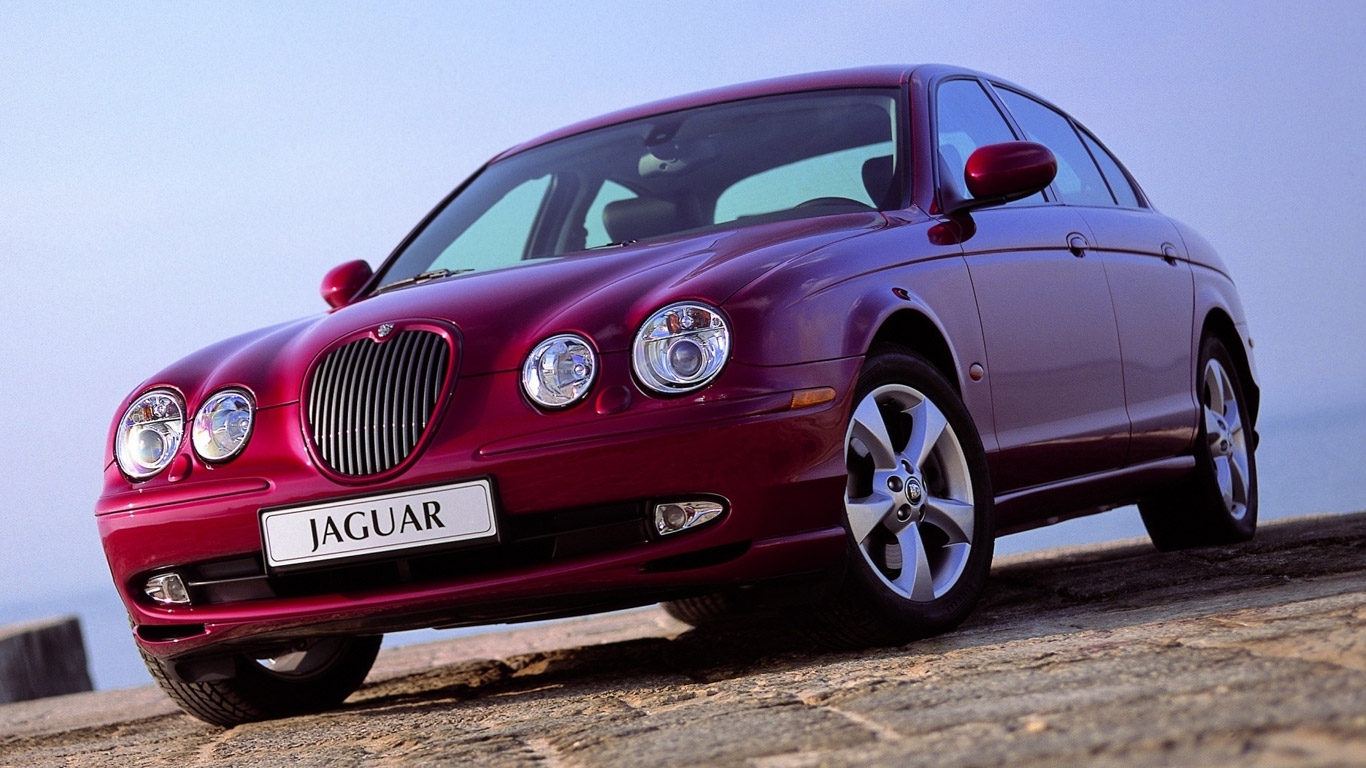 Not everyone was convinced by the styling, and some would argue that the Lincoln-based S-Type isn’t a ‘proper Jag’, but don’t let that put you off. They’re great cars to drive, and represent serious value for money at £2,000.

We’d hunt out a 3.0-litre V6 for the true luxury car experience, although £2,000 will get you a 2.7-litre turbodiesel if you cover a lot of miles. The later facelifted models (from 2005 onwards) are generally regarded as more reliable, but you might be pushing the budget slightly. Check automatic gearboxes and ensure all the electrics function properly. 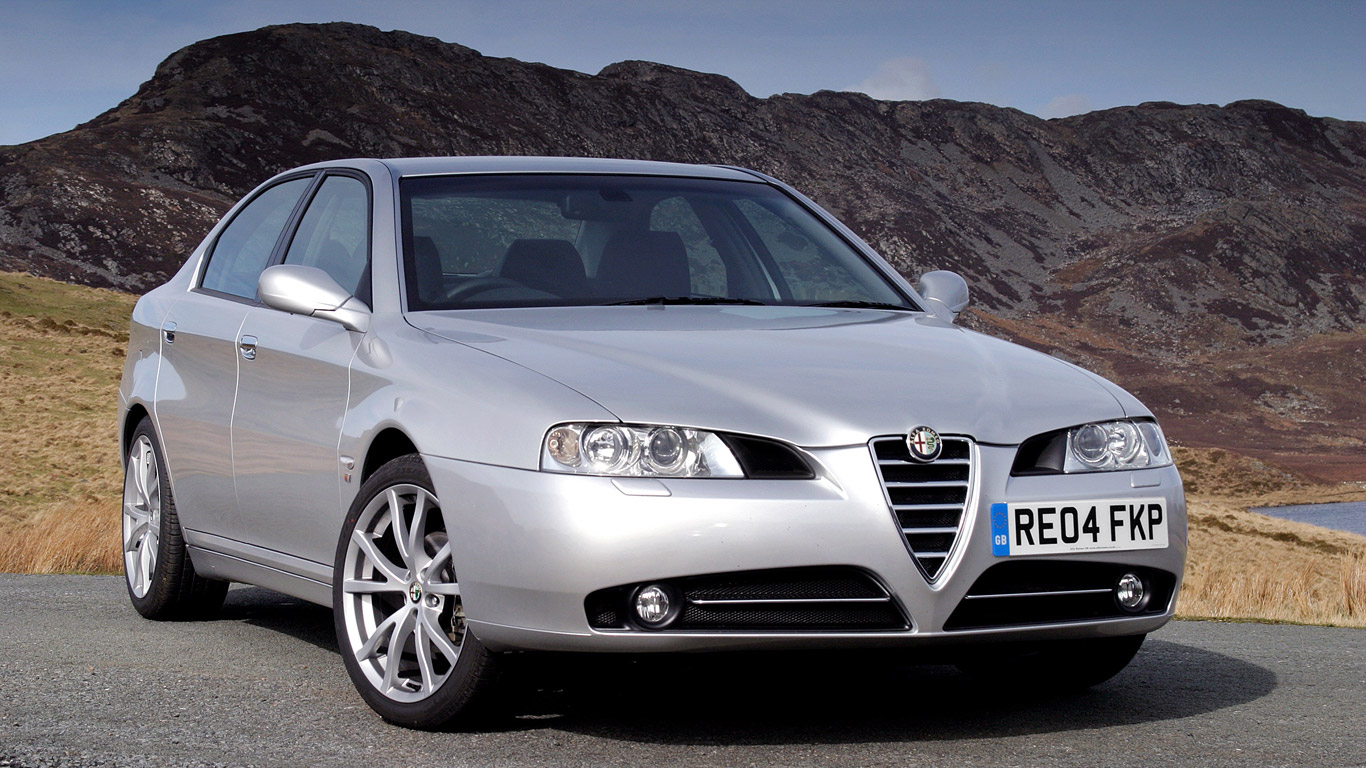 A cheap Alfa is always a brave purchase, but splash out on a 166 and you’ll be treated to gorgeous (in our view) Italian looks and one of the nicest interiors featured here. The bigger brother to the 156, the 166 was available with a range of engines – from a 2.0-litre Twin Spark to a 3.0 V6.

The Alfa Romeo 166 is the perfect example of buying the best you can afford. Although they are around for as little as £500, a ropey model could turn into a serious headache. Try to find one that’s been owned by an enthusiast and maintained well to prevent it turning into an Alfa cliché. 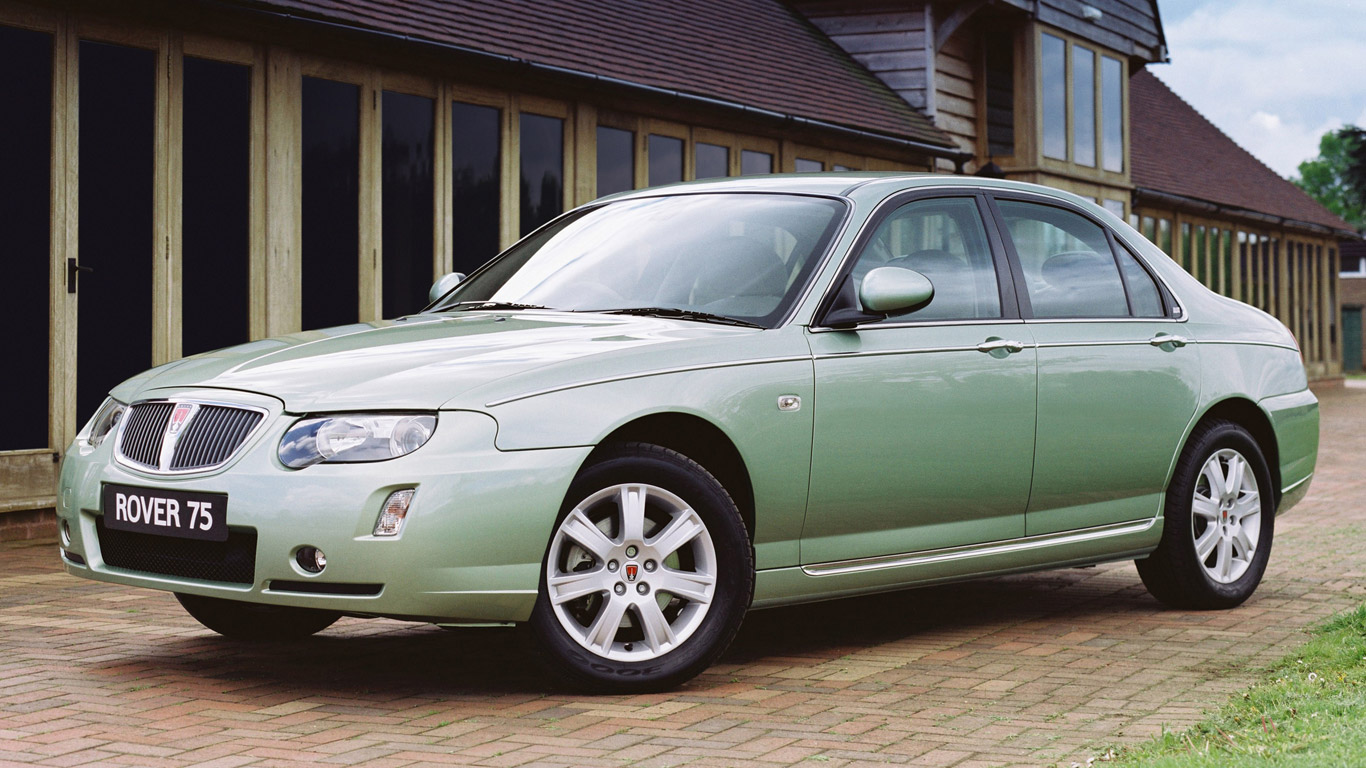 Some won’t like its old-fashioned styling, but the 75 was a genuinely good car launched by a failing Rover Group. Designed with input from BMW (and in the case of the diesel, using BMW engines), the Rover 75 is arguably the only desirable car from the manufacturer in the years before its death.

People are starting to cotton onto the Rover 75 as a future classic, so prices are firming up slightly, especially for cared-for examples. We’d avoid the smaller petrols (they suffer from the infamous head gasket failure) and hunt out a diesel or V6 petrol. 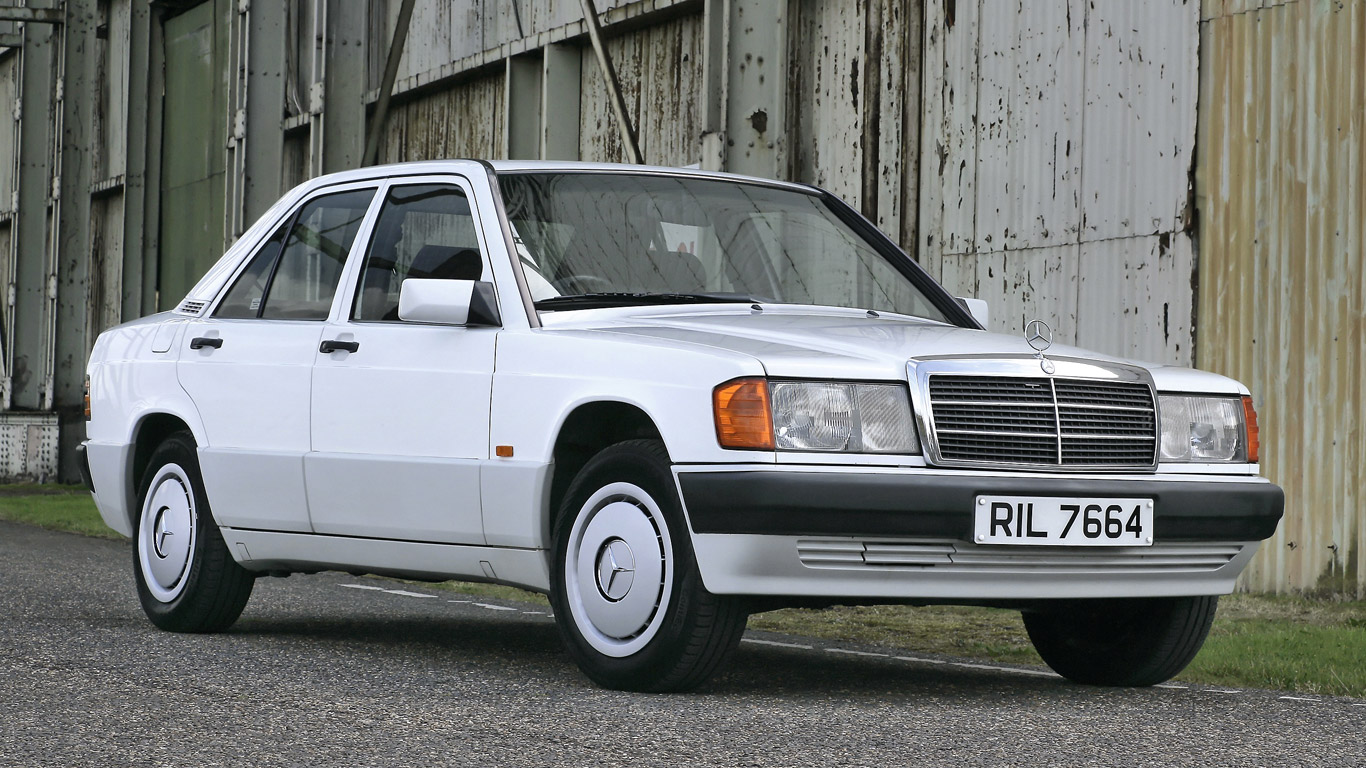 If you want a Mercedes-Benz from a time when they were truly built to a higher quality than rivals, hunt out a 190e. Prices are starting to soar, but there are still some reasonable examples out there for less than £2,000.

We’d opt for the 2.0-litre equipped with the automatic gearbox. It’s not the fastest combination, but it’ll prove to be very reliable – more so than many of the newer cars featured here, no doubt. 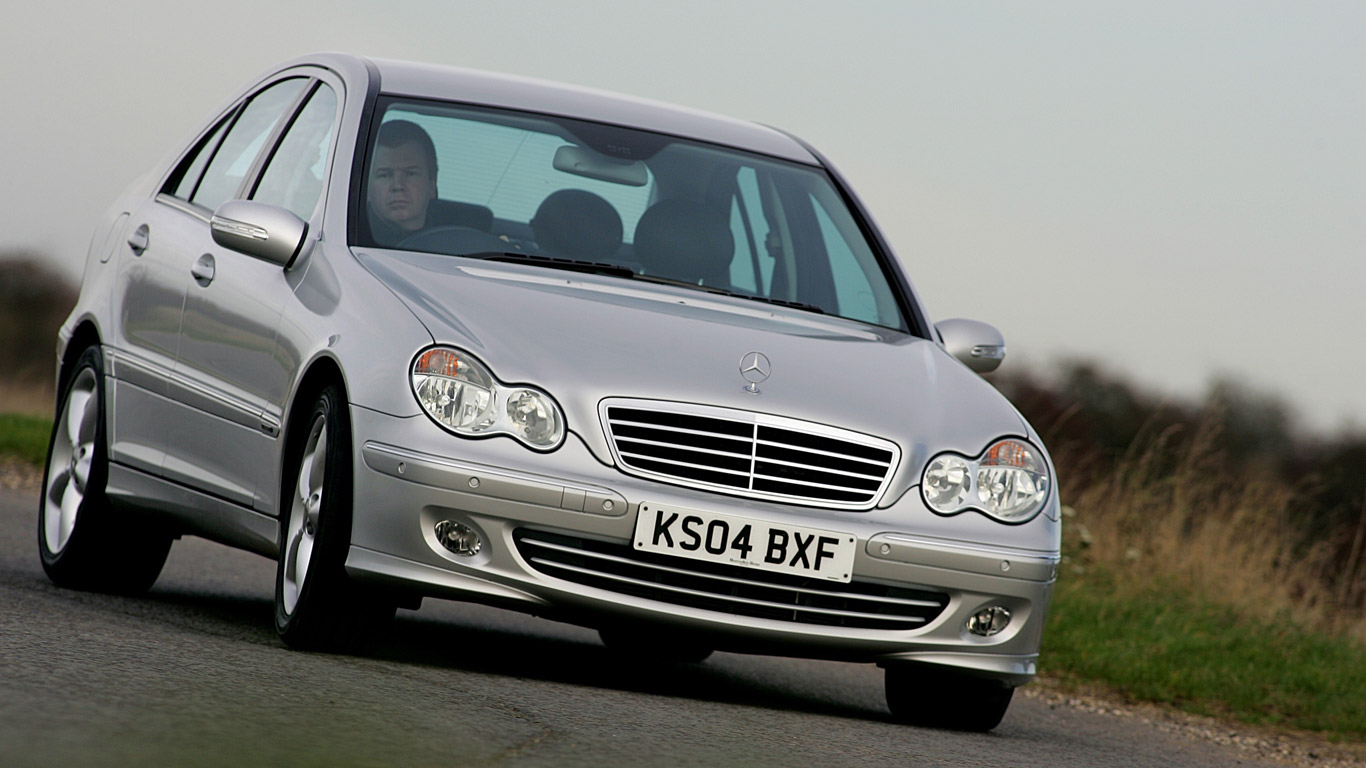 Alternatively, if you want a slightly newer Mercedes, you can pick up a W203 C-Class within our budget. Although good to drive, they went through a patchy period quality-wise, so you might be disappointed if you expect it to last forever.

If you can find one with a good service record and without rust, high mileages shouldn’t prove to be too problematic for the C-Class. For simplicity’s sake (as well as availability), we’d opt for a C180 petrol. 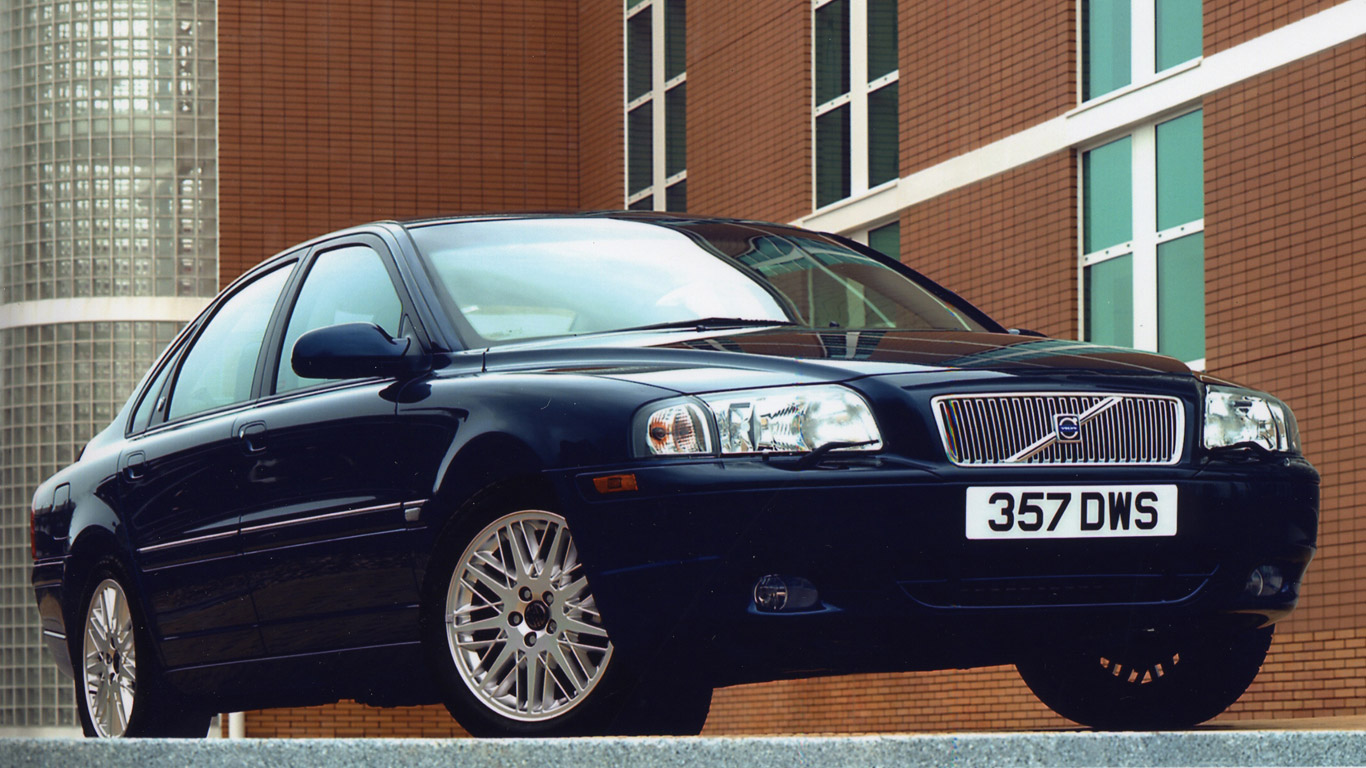 Want a cheap luxury car without the image of a German rival? The Volvo S80 offers understated looks and one of the best interiors you can buy for the money.

The Volvo’s ‘old man’ image means they’ve generally been cared for by elderly owners rather than ragged by people wanting a cheap luxury car without shelling out the running costs that comes with it. There are plenty of diesels about, but we’d take the fuel economy on the chin and opt for a petrol. 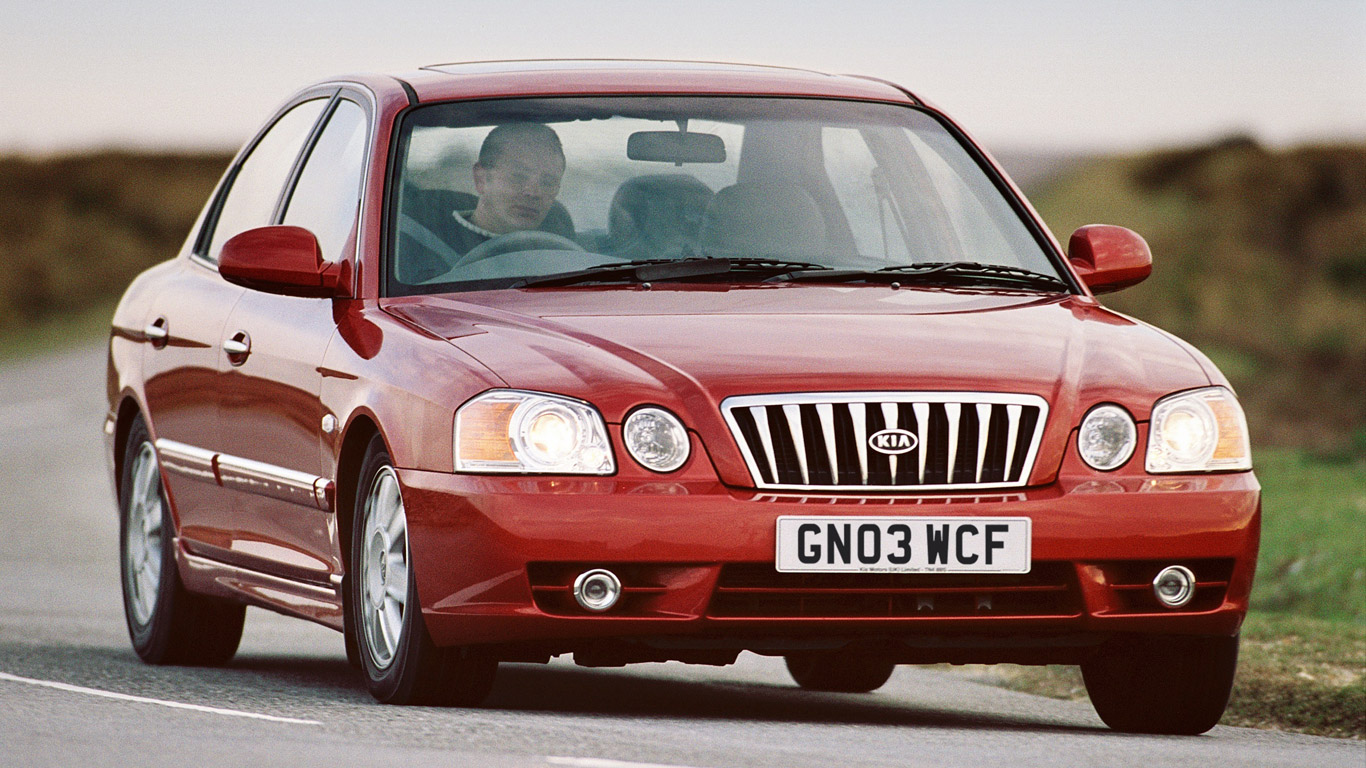 Put one of these on your driveway and your neighbours will be convinced you’ve won the lottery. OK, maybe not, but it’s a fairly modern luxury car for the money. As long as you like cheap leather and fake wood.

Find a 2.5-litre V6 to give you any hope in justifying buying a Kia Magentis to your mates. You’ll be lucky to get more than teens MPG, but it’ll sound great. 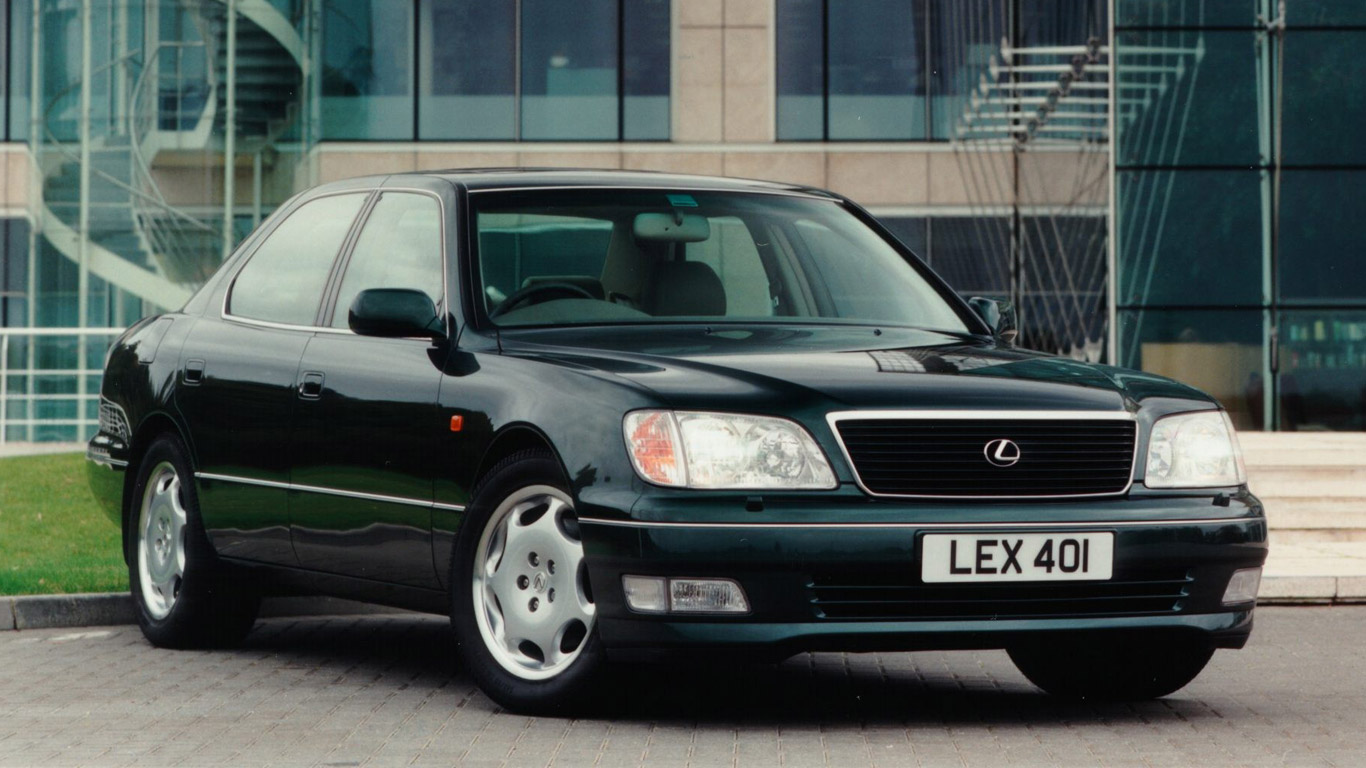 The Lexus LS 400 is often overlooked alongside its German contemporaries, but it was seriously luxurious for its time – and it should prove to be relatively reliable, too.

For our £2,000 budget you should find a good example, but it’s likely to be at least 20 years old – so don’t expect it to be perfect. Drive one and you’ll love it, but look elsewhere if you do high miles. Frugal they ain’t. 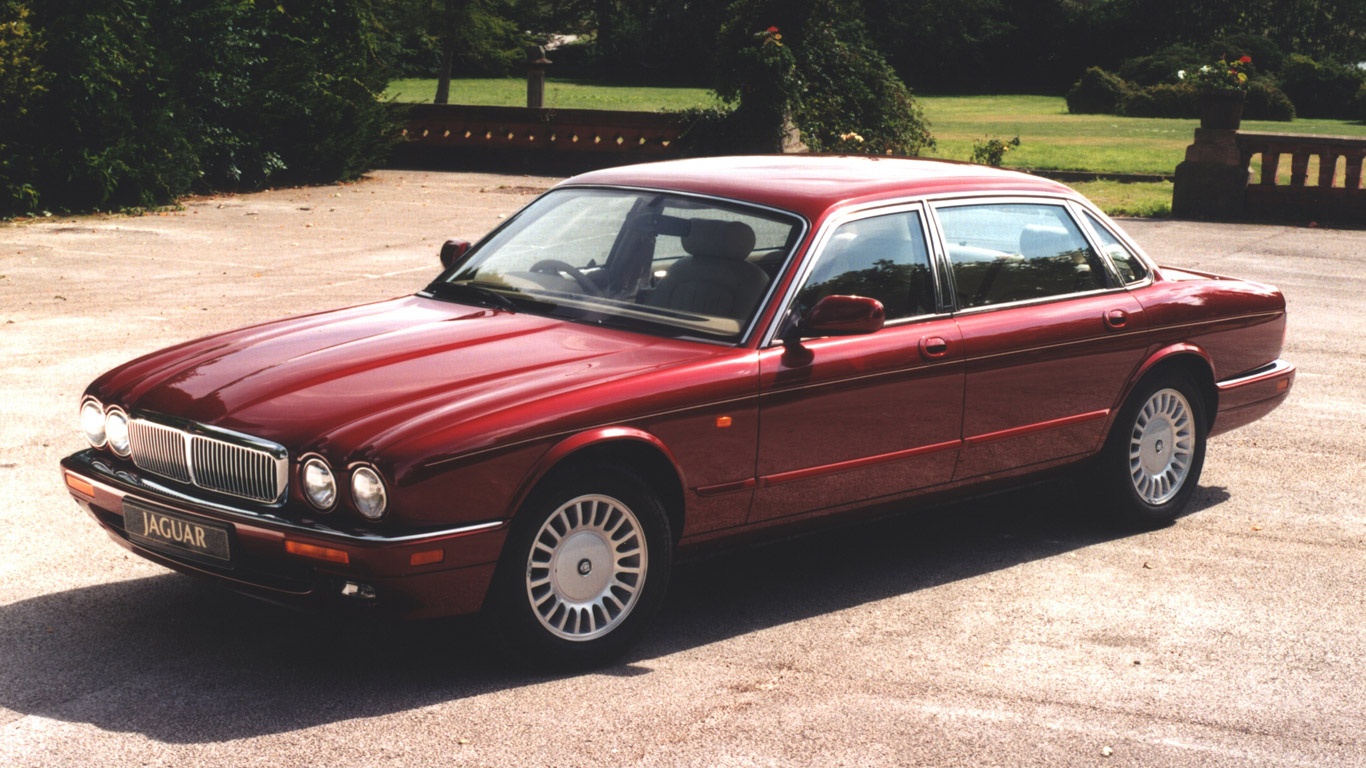 It might be easier to find a good example of the later X308, however. Its V8 engine (the biggest change, compared to the X300’s straight-six) is a bit more temperamental than its predecessor, so make sure it’s been well looked after with full service history. 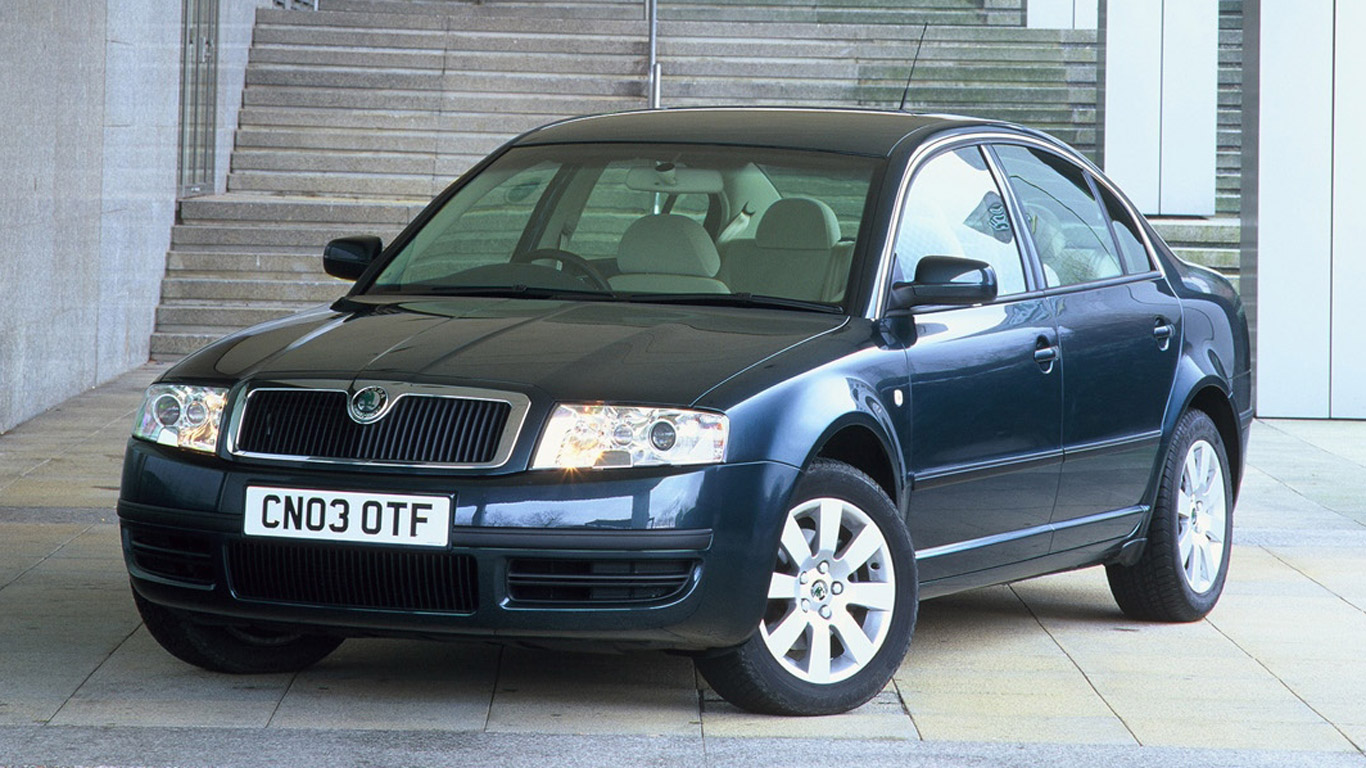 There’s a reason taxi drivers love it – the Superb offers VW Group build quality and near-Audi levels of luxury for Fabia money (on the used car market, anyway). While the 1.9-litre turbodiesel is seen as pretty bulletproof, be extra careful to look out for signs of use as a minicab.

We’d be tempted by the 2.5-litre V6 diesel – it combines frugal fuel consumption with decent performance, and it will be less likely to have been used as a cab. 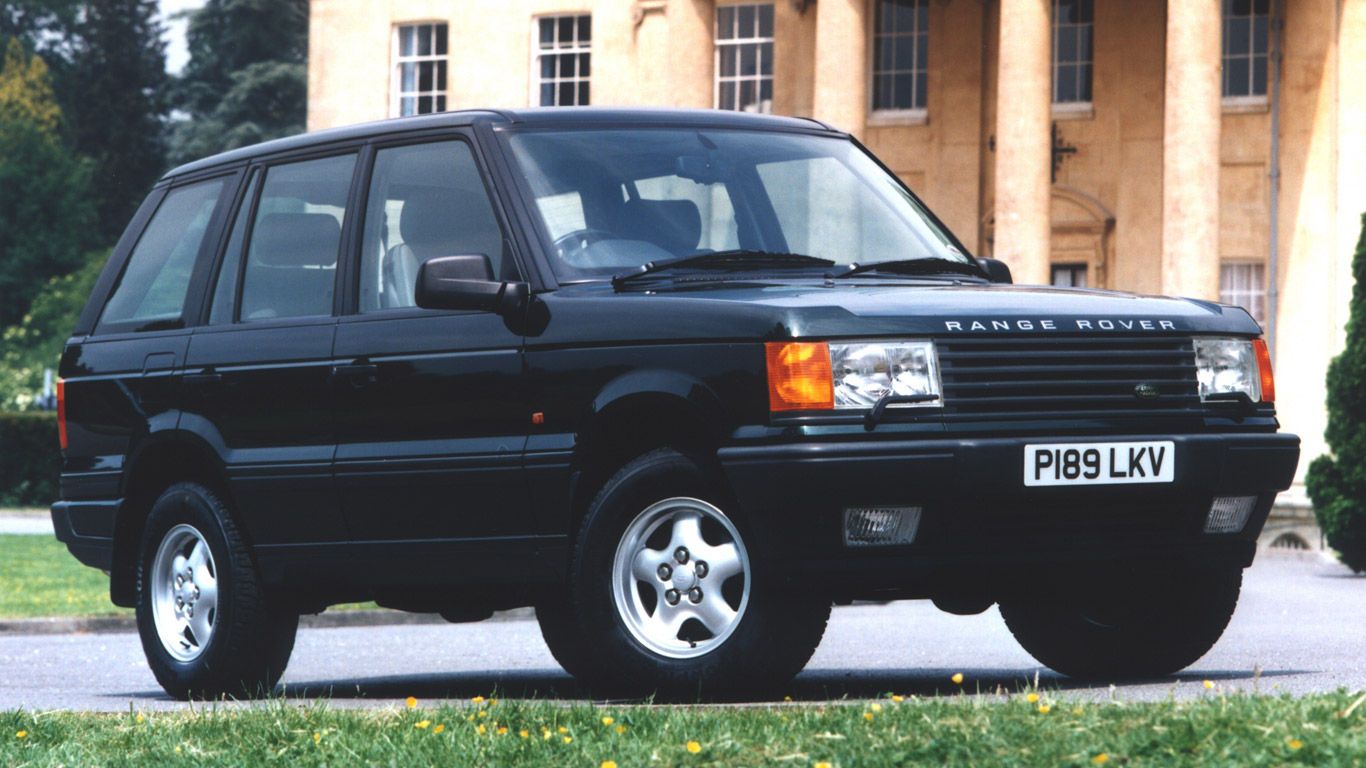 The iconic, original Range Rover was well past its sell-by date, and Rover Group needed a replacement fast. Despite having 24 years to prepare, the result looked a bit like a Metrocab. The P38 model was in production for a relatively-short seven years before BMW called time. 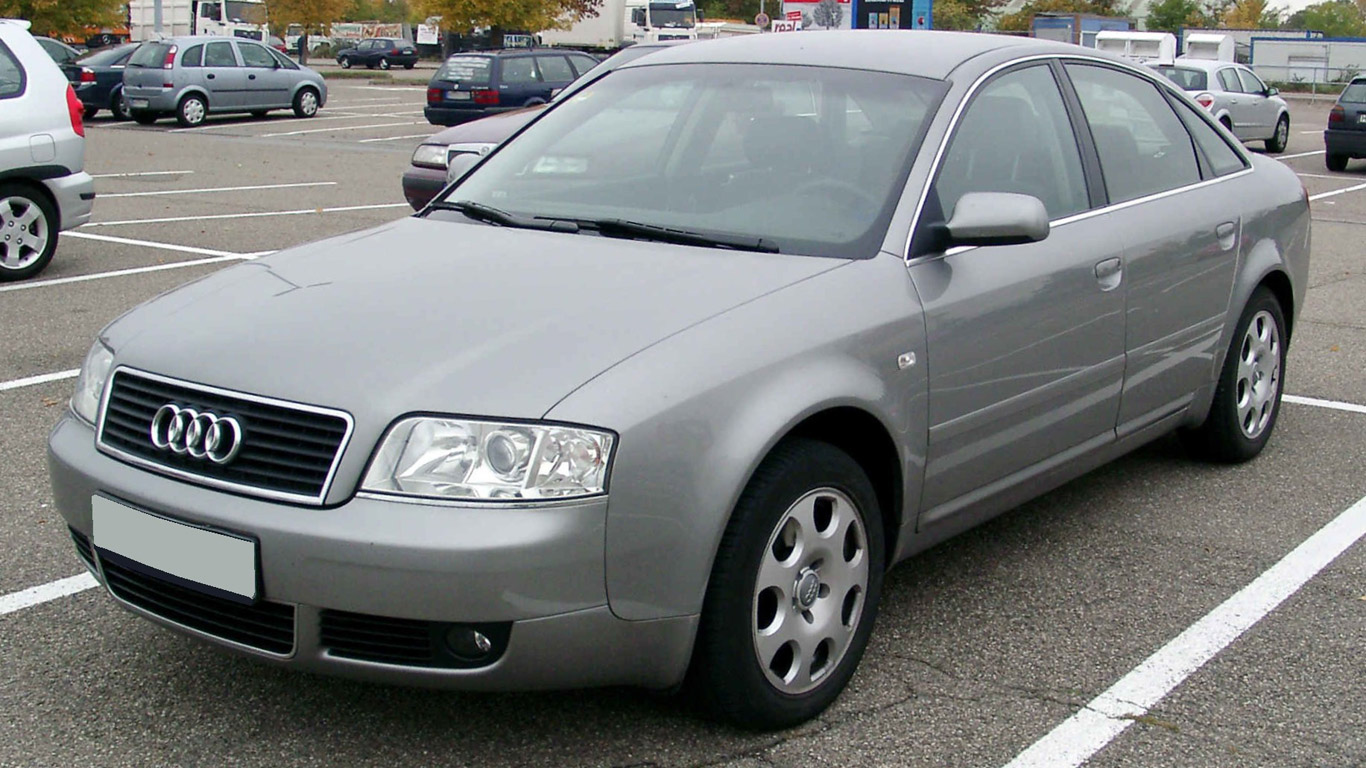 Our £2,000 budget will buy you a lovely second-generation A6 from a time when Audis were still relatively understated. There are lots of turbodiesels around and, while they’re known to be fairly tough, we’d go for a petrol.

While the 2.4-litre V6 isn’t exactly quick (producing 170hp and hitting 62mph in 9.3 seconds), its sound is much more in-keeping with the executive image the A6 projects. The model’s aged particularly well in our opinion, and when it was new it was rated as one of the cheapest luxury cars to run. 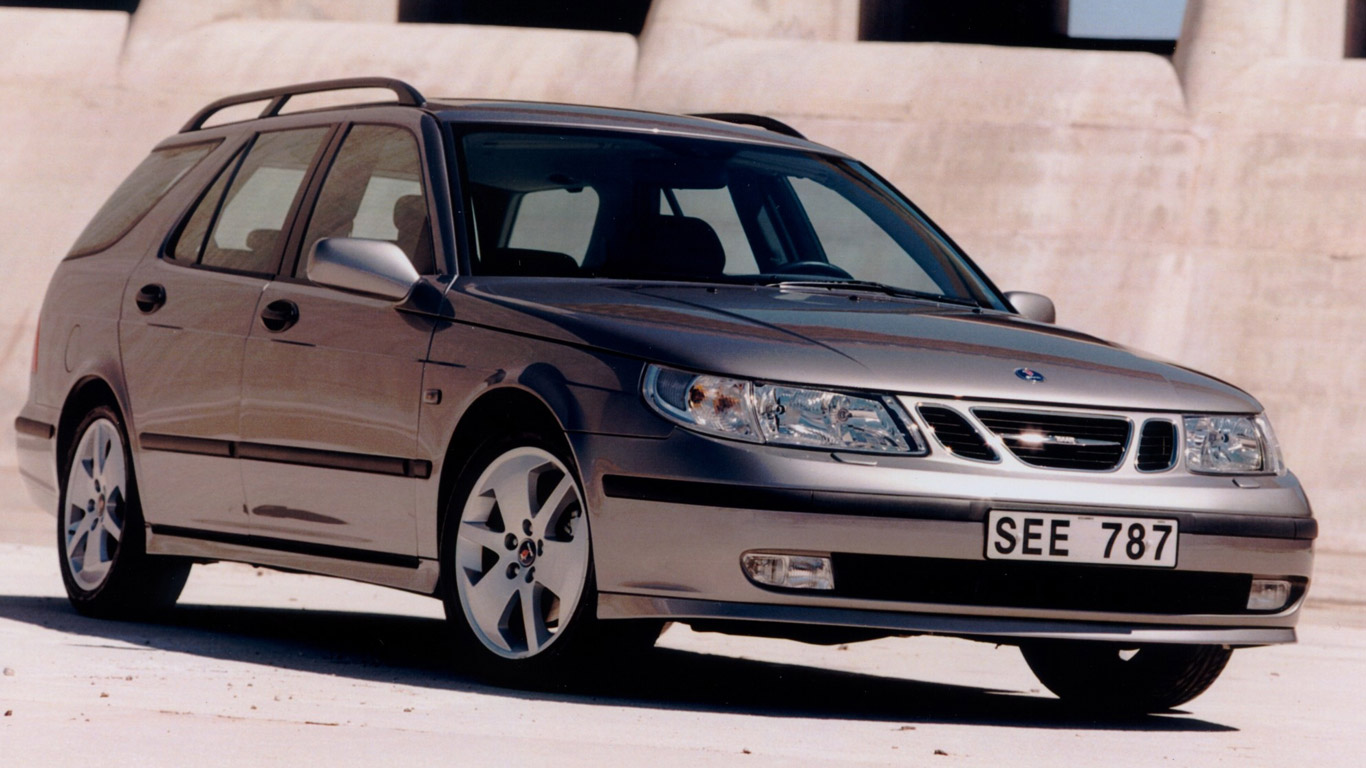 Want your £2,000 luxury car to have Porsche-baiting performance? The 9-3 HOT Aero, powered by a 2.3-litre turbo, could accelerate from 40-90mph quicker than a 911 Turbo at the time. Saab initially claimed it produced 230hp, but later admitted that this was a conservative figure – with manuals actually producing around 250hp.

The biggest downside to the hot Saab? All that power through its front wheels meant it wasn’t the nimblest of handlers. Oh, and you better get used to people pointing out that it’s essentially a Vauxhall Vectra underneath. Still, you’ll be able to out-accelerate 911 Turbos down motorway slip roads. 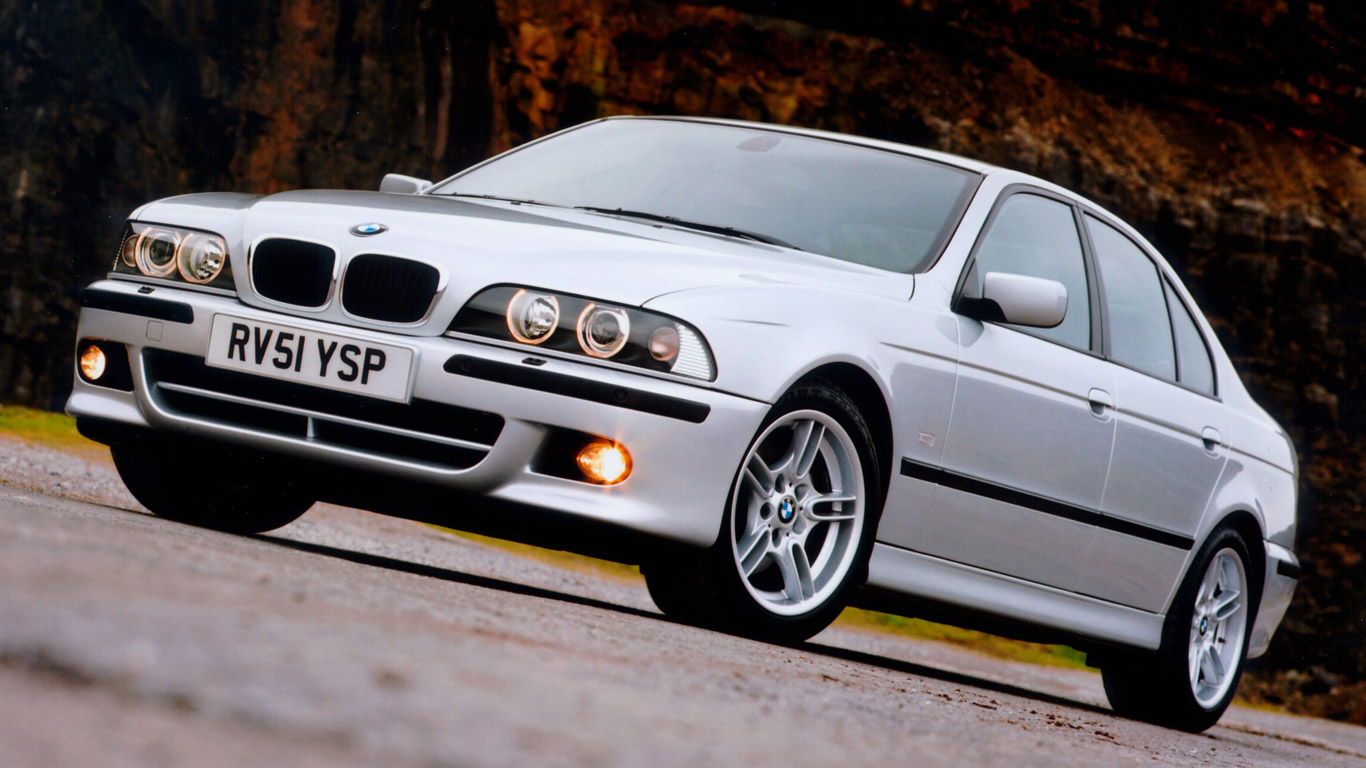 We’ll end where we started – with a BMW. The ‘E39’ BMW 5 Series is arguably the last attractive 5 Series, and it’s aged extremely well. Avoid low-spec examples – if you’re buying an E39, a 520i with a manual gearbox and cloth seats isn’t the way to do it.

Stick with the petrols (there’s a theme developing here…), and hunt out a 525i, 528i or 530i, ideally in desirable Sport trim. Don’t be put off by high miles but look out for detailed service histories and signs it’s been cared for – these are often bought cheap and maintained on a budget, which isn’t ideal.

Aston Martin is now a ‘darling for investors’

Compare The Market has used Google Trends to calculate which automotive brands are falling out of favour, and it’s bad news for Aston Martin
Read more
Car News

Own an electric Vauxhall Corsa-e for £270 a month

The all-electric Vauxhall Corsa-e is available for £270 a month on a PCP deal, while the first 500 customers receive a free home charging unit worth £800.
Read more

No matter which bike licence you have or style of bike you prefer, there’s a recommended ride here for you
Read more
Car News

Here are 12 European driving rules you may not be aware of, including carrying a spare pair of glasses in Switzerland and not driving off-road in Iceland.
Read more
Advice