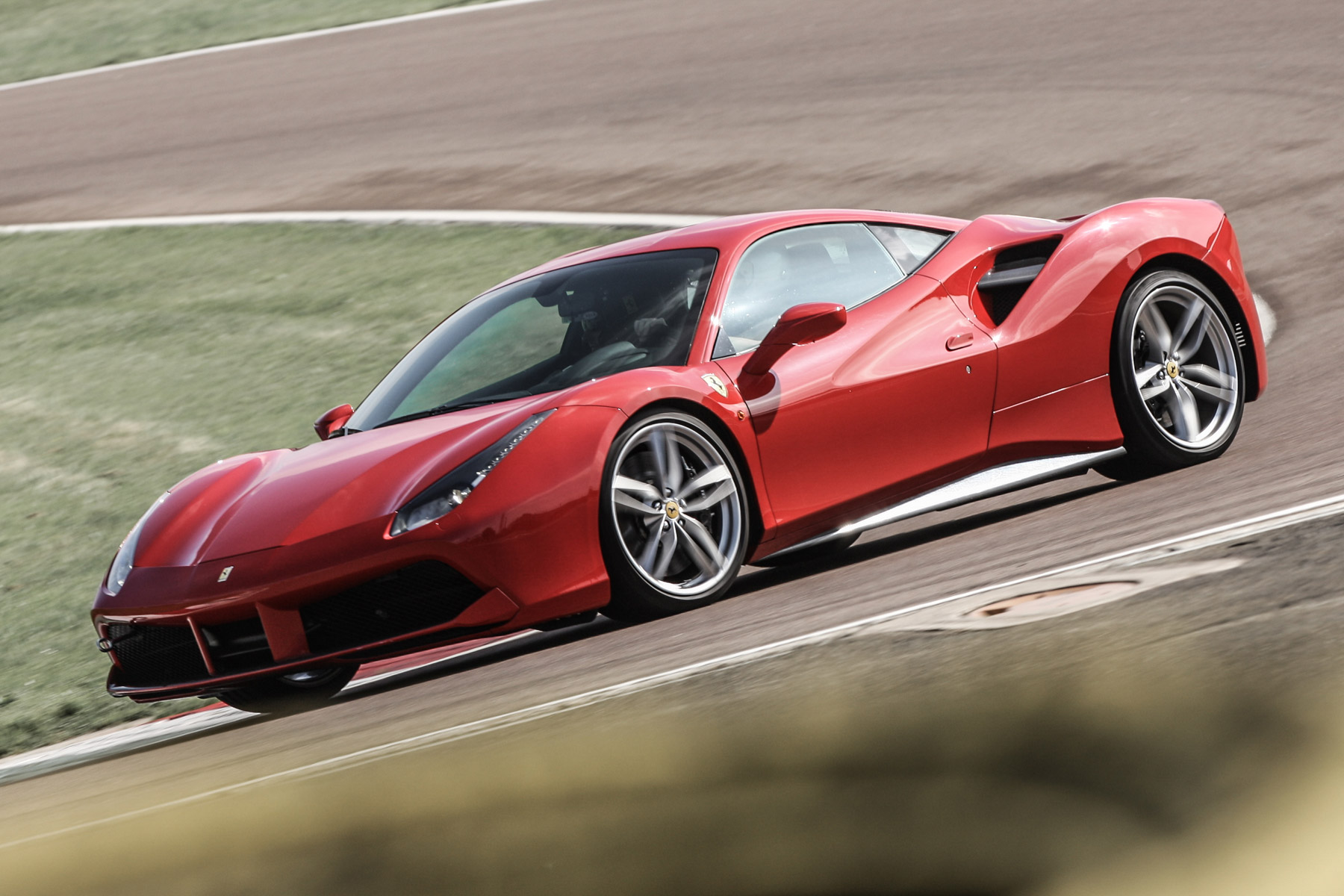 Legend has it that old man Ferrari, Enzo himself, had the Fiorano test track built alongside the firm’s factory in Maranello so he could sit outside his house (located in the grounds) and watch Ferraris being tested.

The reality is far less sentimental, but there’s no doubt Fiorano feels more than a little special. Since it opened in 1972, it’s been used for testing all Ferrari models – from desirable road cars to Formula 1 racers. With its challenging layout, designed to replicate the toughest corners at tracks around the world, it’s seen its fair share of action, from Schumacher smashing a 412 T2 F1 car into a wall at around 100mph to development driver Raffaele De Simone lapping the 1.9 mile track in an incredible 1:19.70 in a LaFerrari.

But today, Ferrari fans standing on the side of the nearby SP467 road are treated to something a little different: one idiot (me), driving a Ferrari for the first time. 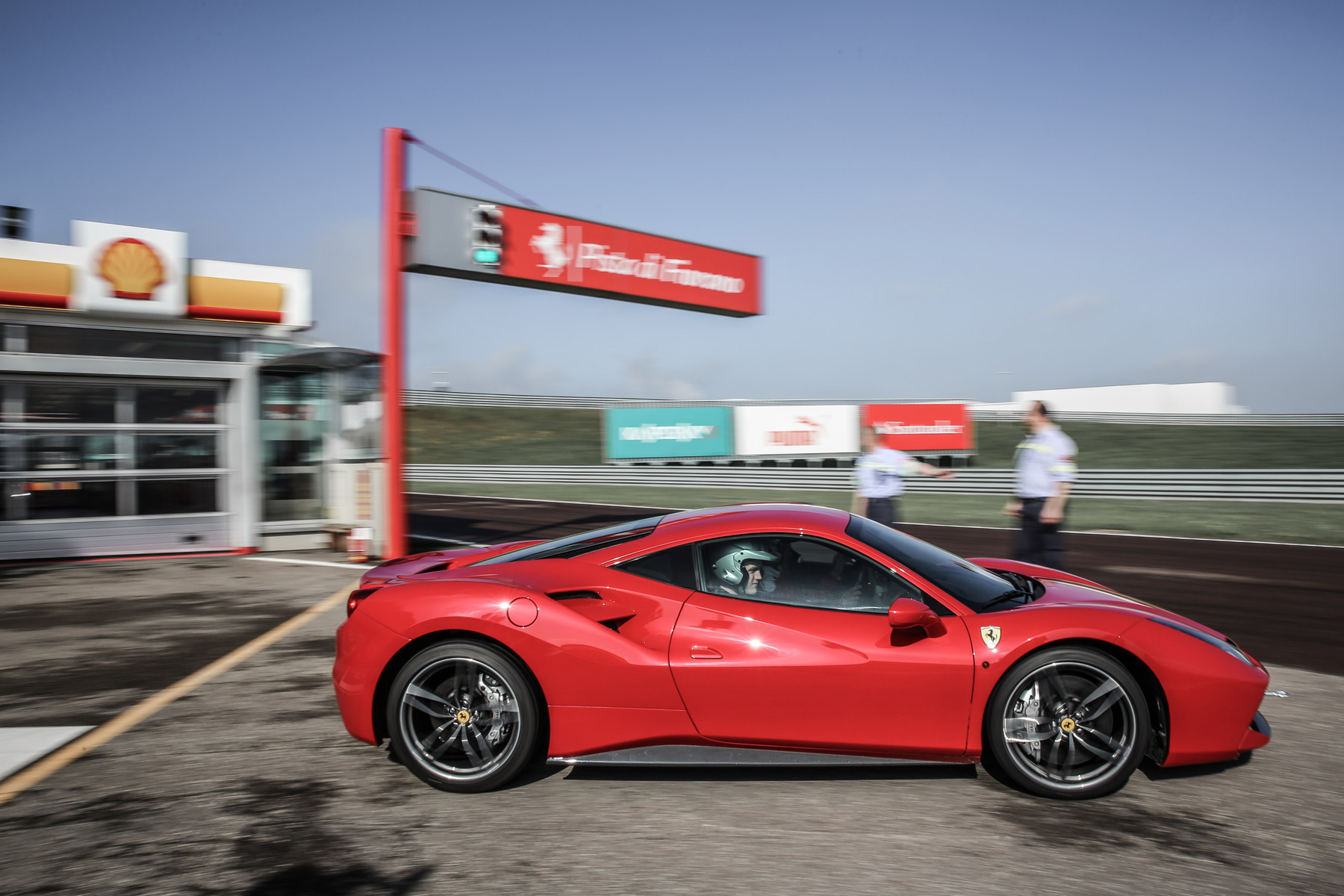 That car is Maranello’s latest mid-engined sports car – the turbocharged 488 GTB. Capable of hitting 62mph in just 3.0 seconds, and 124mph in 8.3 seconds, the 458 successor is ludicrously quick – as I find out, booting through first, second and third gears along the fairly short start/finish straight of Fiorano.

It’s an incredibly complex layout, with tight late-apex hairpins and off-camber corners ready to catch you out. It’d be tricky in something like a Mazda MX-5, but in a 670hp Ferrari you need your wits about you – especially as, this morning, it’s still drying out from an overnight storm.

Leaving the Mannettino steering wheel dial firmly in ‘sport’ mode for the full support of the 488’s traction control systems, I lumber around the track – accelerating hard on the straights, enjoying the organ-shifting power of the 488’s V8, before going hard on the brakes and gripping the steering wheel with extra intensity (as if that will help me avoid the gravel traps) through the bends. 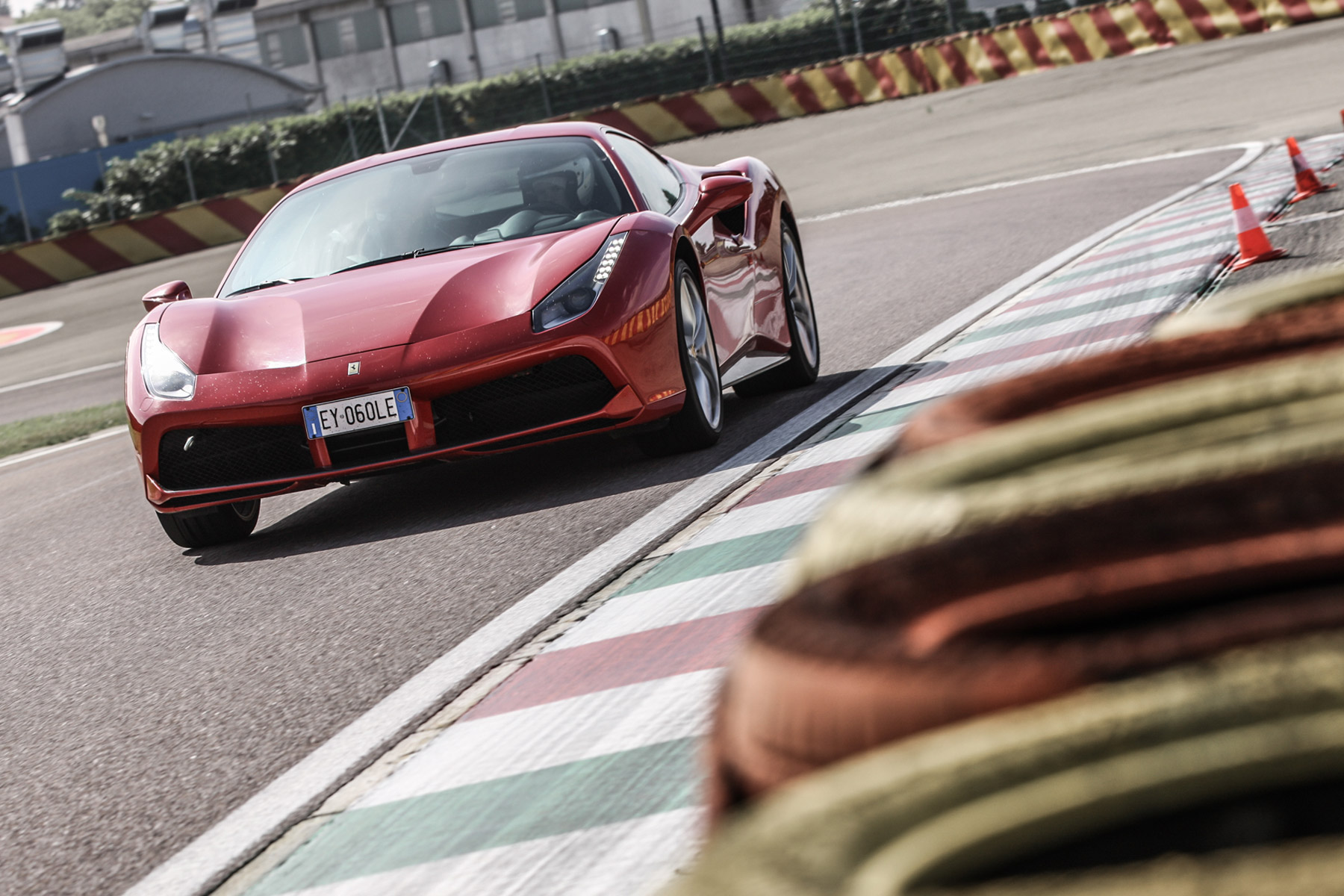 As my confidence builds, what really impresses about the 488 is how easy it is to drive. Sure, if you take liberties it will bite – but I was expecting it to be a serious handful on a half-wet Fiorano test track. But it really flatters you.

I start to brake later, accelerate sooner and carry some impressive (for me) speed through the corners. I even select ‘race’ mode on the steering wheel, encouraging the 488 to play around a little more. And then it happens – the rear end kicks out, my co-driver gasps and I apply opposite lock quicker than you can say a very rude, one-syllable swear word.

Of course, the 488 has it under control. Using the second-generation of the firm’s side-slip control system previously used on the 458 Speciale, this essentially allows you to exit corners with an element of sidewaysness. When it decides you’ve had enough fun, it uses the traction control, electronic rear differential and magnetorheological dampers to reign it in. 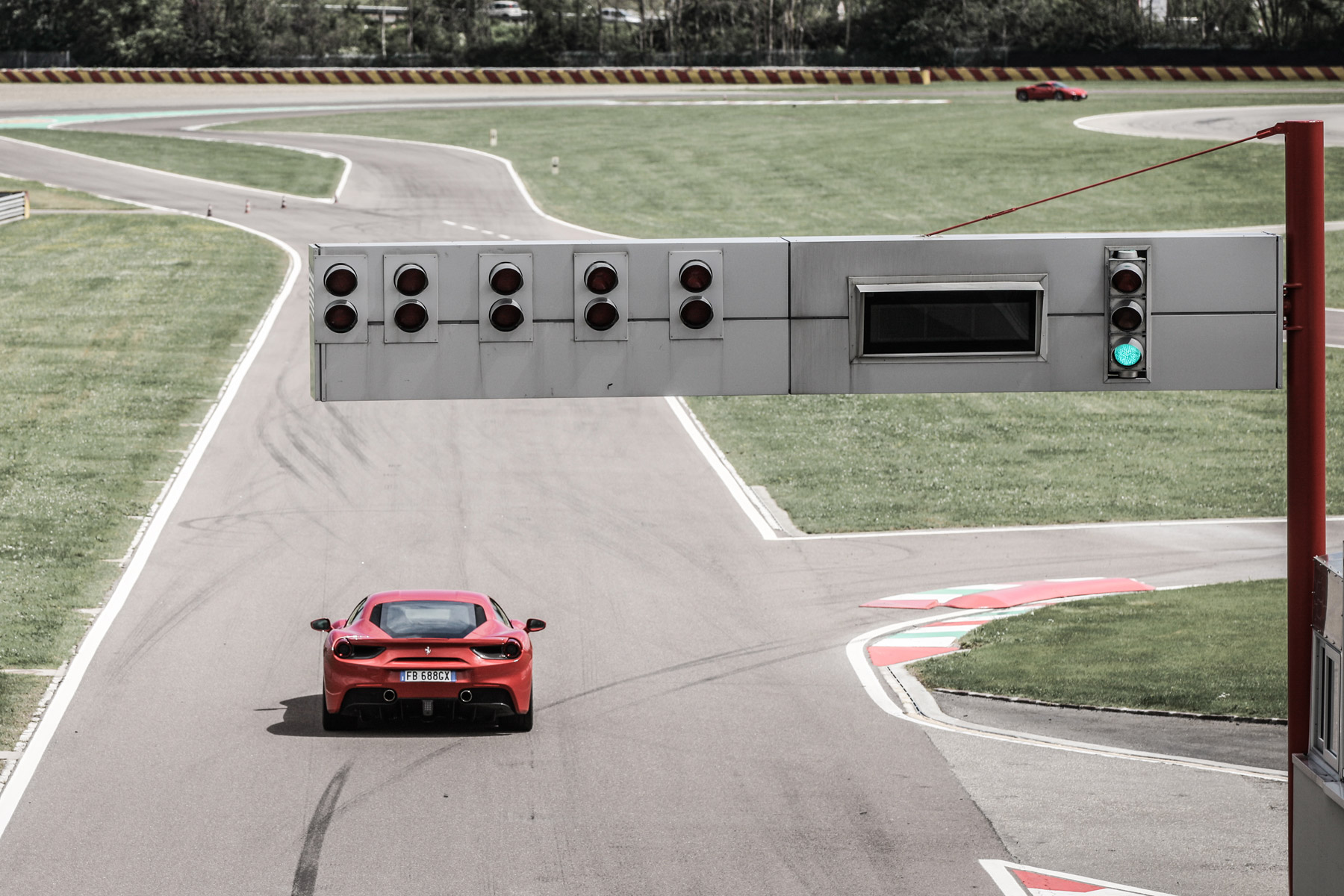 It makes you feel like a pro, but the 488 is actually the most docile mid-engined sports car I’ve ever driven.

When you’re on track in a £184,000 Ferrari and your confidence is at the stage that you’re braking late enough for each corner to make your professional co-driver wince and the side slip angle control is getting a workout, it’s a good idea to call it a day. So that’s what I did.

But what an introduction to Ferrari. Sure, other manufacturers are making supercars that are just as technically impressive. But no other brand manages to feel so special. And lapping Fiorano in a 488 GTB? It’s bucket list stuff. If you ever get the opportunity to drive a Ferrari, grab it.