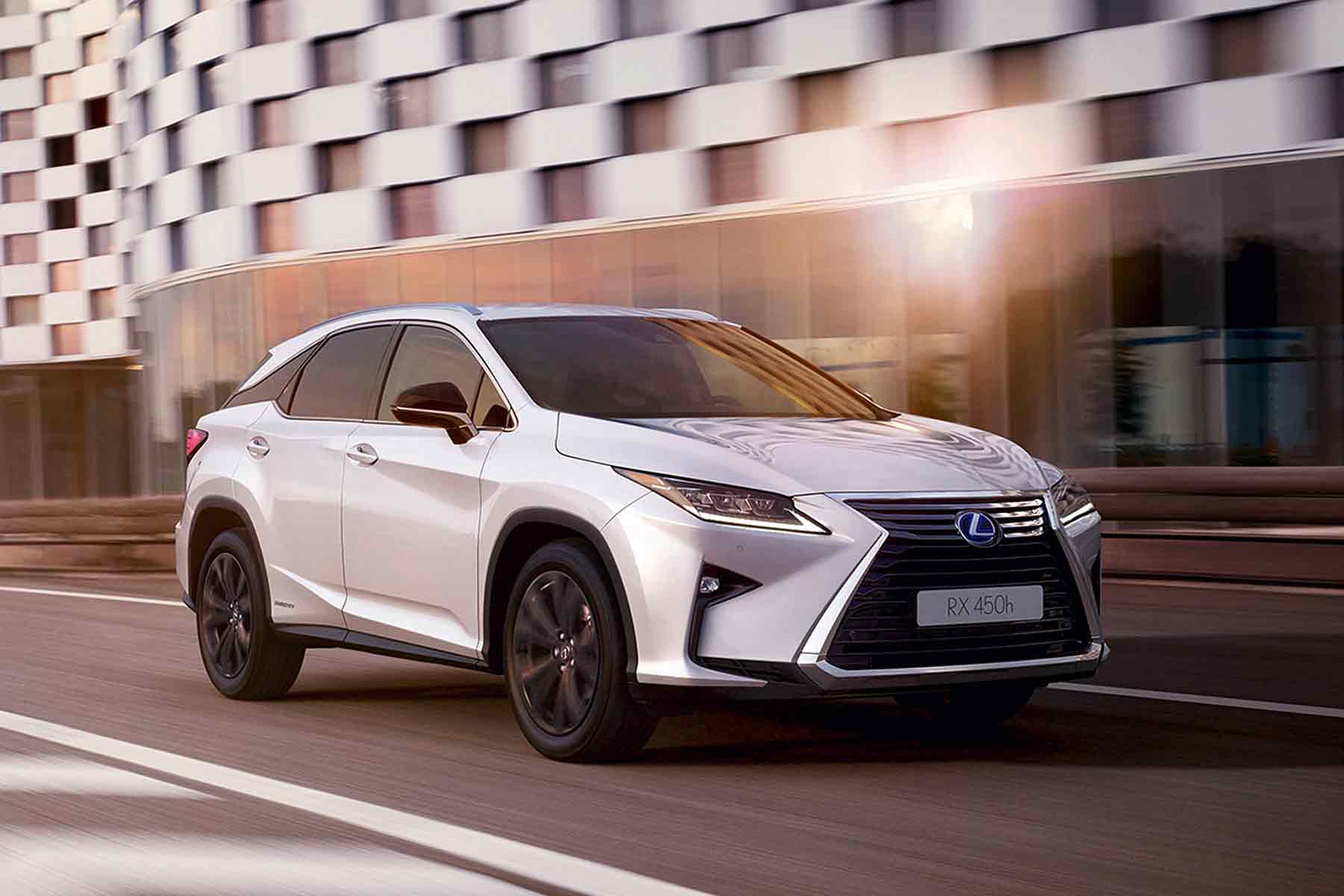 Lexus isn’t just about green-thinking hybrid luxury. To prove this, it’s been busy developing a racier-looking range of models called Sport; already seen on the CT, IS and NX, it’s now coming to the firm’s poshest hybrid SUV, the RX.

Going on sale in Q1 2018 – Lexus is still working out the prices ahead of that – the new RX 450h Sport has, just in time for Black Friday, a suitably black-accented exterior. Features include a black-detailed spindle grille, black surrounds for the fog lights and black-painted 20-inch five-spoke alloys.

Just in case you haven’t got the idea, Lexus has also fitted black door mirrors and a black rear diffuser.

Inside, the firm hasn’t quite decided what it will have as standard, but says it might have either leather or fabric upholstery, either a nine- or 12-speaker Pioneer stereo, and either an eight- or 12.3-inch infotainment system. At least we know LED headlights will be fitted as standard.

The new RX 450h Sport is based on the Luxury variant, priced from £51,545. How far the Sport will diverge from this depends on how much kit it’s going to get as standard.

Just don’t expect Lexus to have turned it into a rival for the sporty Mercedes-AMG GLE 43, though. There are no chassis changes and no variations in engine power for the V6 petrol-electric drivetrain.

Take solace in 51.4mpg combined economy and 0-62mph in 7.7 seconds; add in a bit more sport style and expect the 47,600 RX already sold in the UK to slowly edge ever-closer to a mildly-momentous 50k landmark.